It has been two years since Kojima’s latest creation, Death Stranding, was released on Playstation to wildly divided reviews. While some hailed it as a great game, a lot of the players appraised it quite critically. However, the game certainly made an impact and now, with the release of the Director’s Cut on PlayStation 5, we get a chance to see how it performs on next-gen consoles in a completely new package. 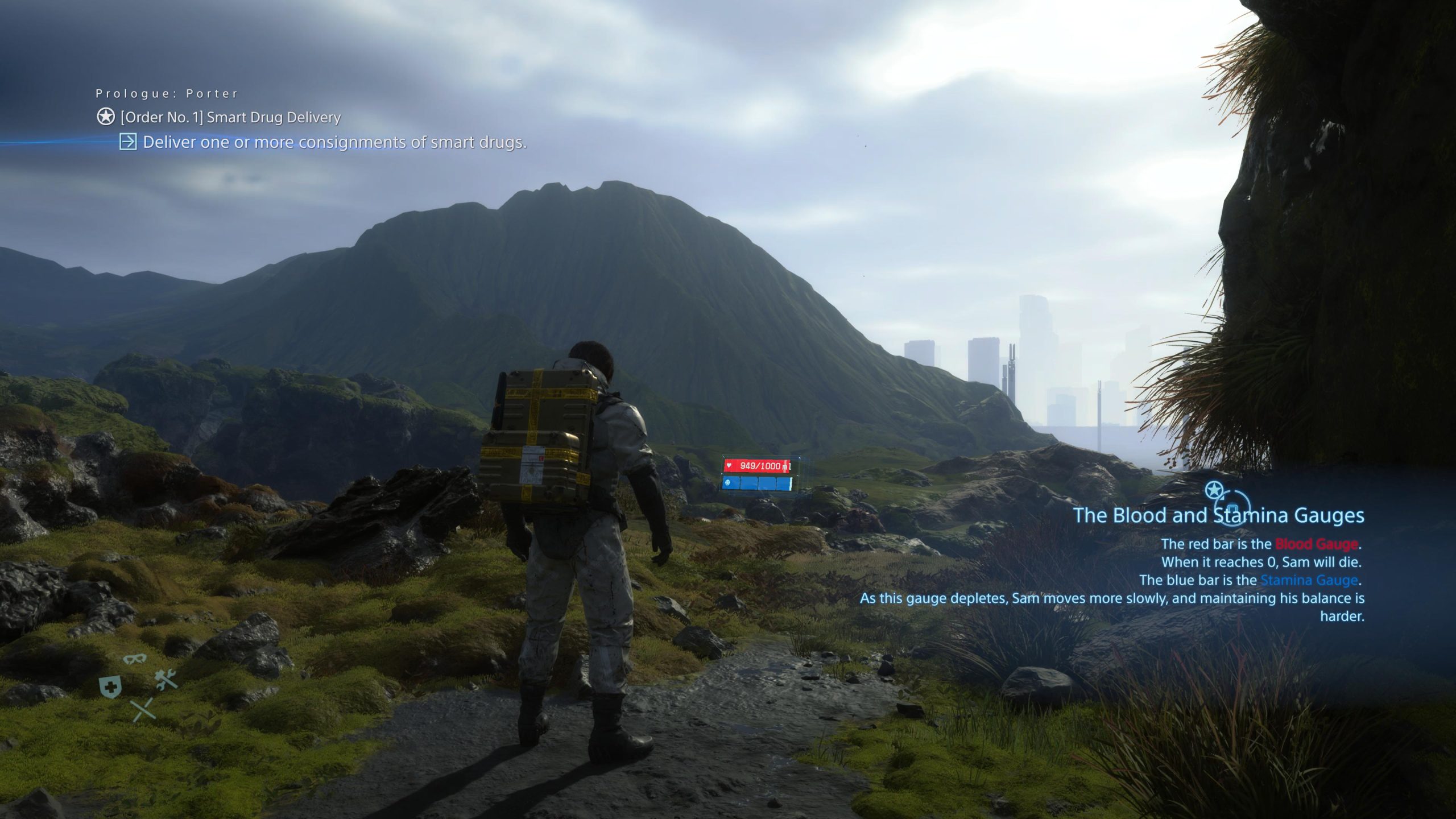 The game remains what it was – a delivery simulator, albeit one that will stun you with its graphics. You play the role of Sam Porter Bridges, a ‘postman’ in a post-apocalyptic world where the living and the dead often collide in disastrous ways. Your job is to make America whole again, by connecting different cities by means of a network that will unite people and enable them to exchange information. Doing so, however, mostly involves you traveling from one place to another across vast terrains, often on foot, leading to extremely long and arduous journeys, only speeds up minimally by the use of certain gadgets that you (and other players, if you play online) can build.

There is little addition to the story in the Director’s Cut of Death Stranding, although there are a couple of missions that provide fresh content, such as new weapons, or the ability to take part in races on a new Racetrack.

Read our full review of the base game– HERE

The steep hills and mountains in Death Stranding now can mostly be overcome with the same power skeleton from the beginning of the game and the addition of ziplines, ladders, and other structures, both constructed by you and the other players, do help to accentuate your pace in this walking simulator. Eventually, though, the game does want for lack of variability and you can’t help but feel tired when you face the same trek throughout the map time and again. Vehicles do help, but the fact that they are a drain on your resources to build, coupled with the way you can only use them for a few minutes before being forced to dismount at the sight of enemies, simply renders them useless.

Combat is extremely punishing, in a rather different way, because every time you go for a kill, the world becomes infested more and more with the dead, thus making your journey even more arduous, and forcing you to avoid combat, both with humans, by bypassing their campsites entirely, and with the BTs, by crawling past them slowly while you pray to God that they don’t go after you. The game offers very few boss fights, most of them do not involve different mechanics, and while the ruins from cities past surface while crossing BT-infested quagmires do offer a parkour course occasionally, Director’s Cut does nothing at all to favorably change your opinion, both in terms of changes to gameplay, as well as the base game itself. 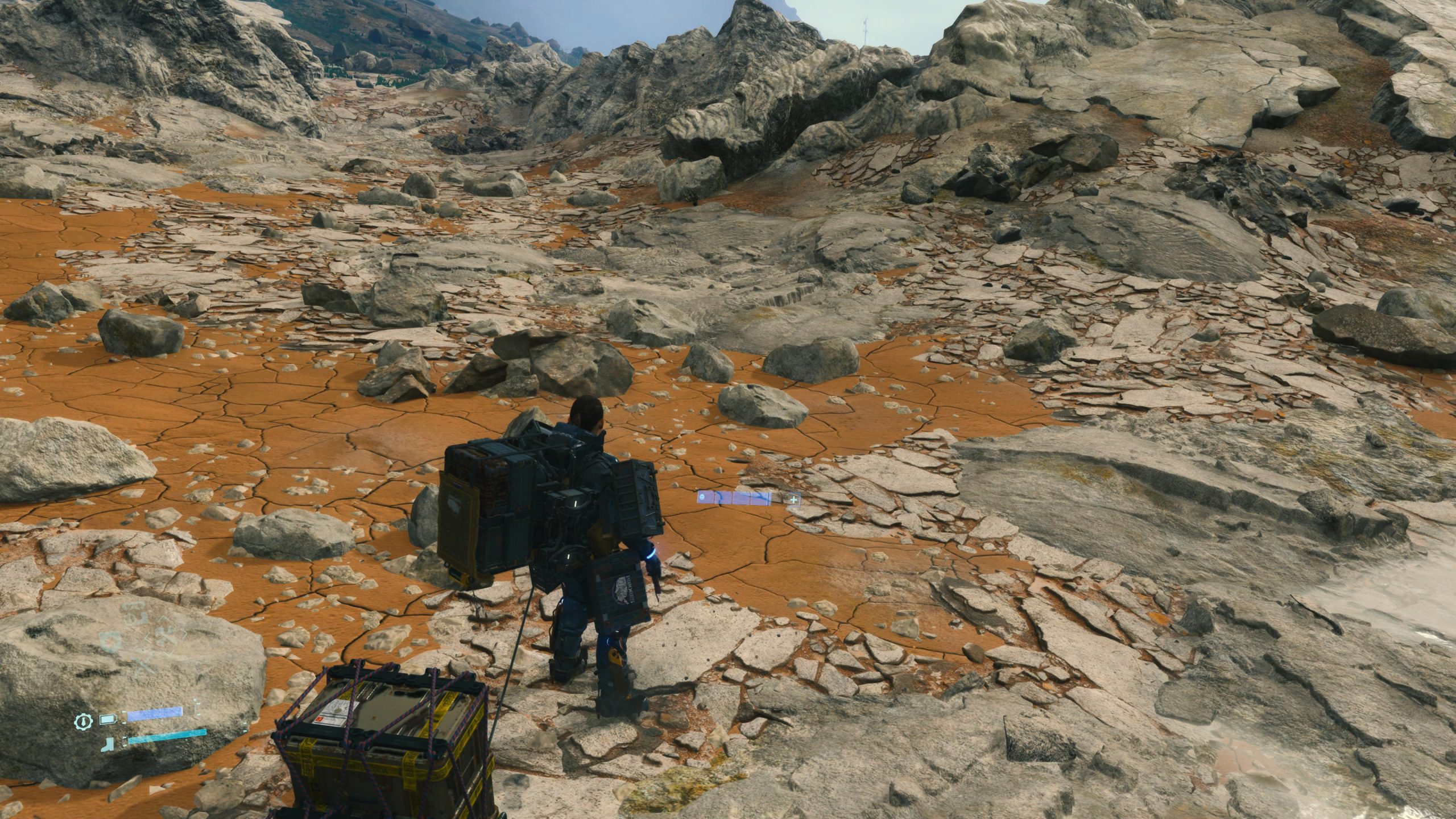 CHANGES IN THE DIRECTOR’S CUT:

Death Stranding looks incredible with the Director’s Cut, especially with how realistic the environment looks. The graphics are quite frankly breathtaking and at the beginning, it provides a really immersive experience at 4k, which draws you in, that is, until the mundane gameplay and extremely long cutscenes put a check to your opinions. Regardless, the game now looks way better than it did on the PS4, with the colors of the surrounding flora popping out at you while you plod on through forests and grasslands and the game stuns you with how vibrant it is. 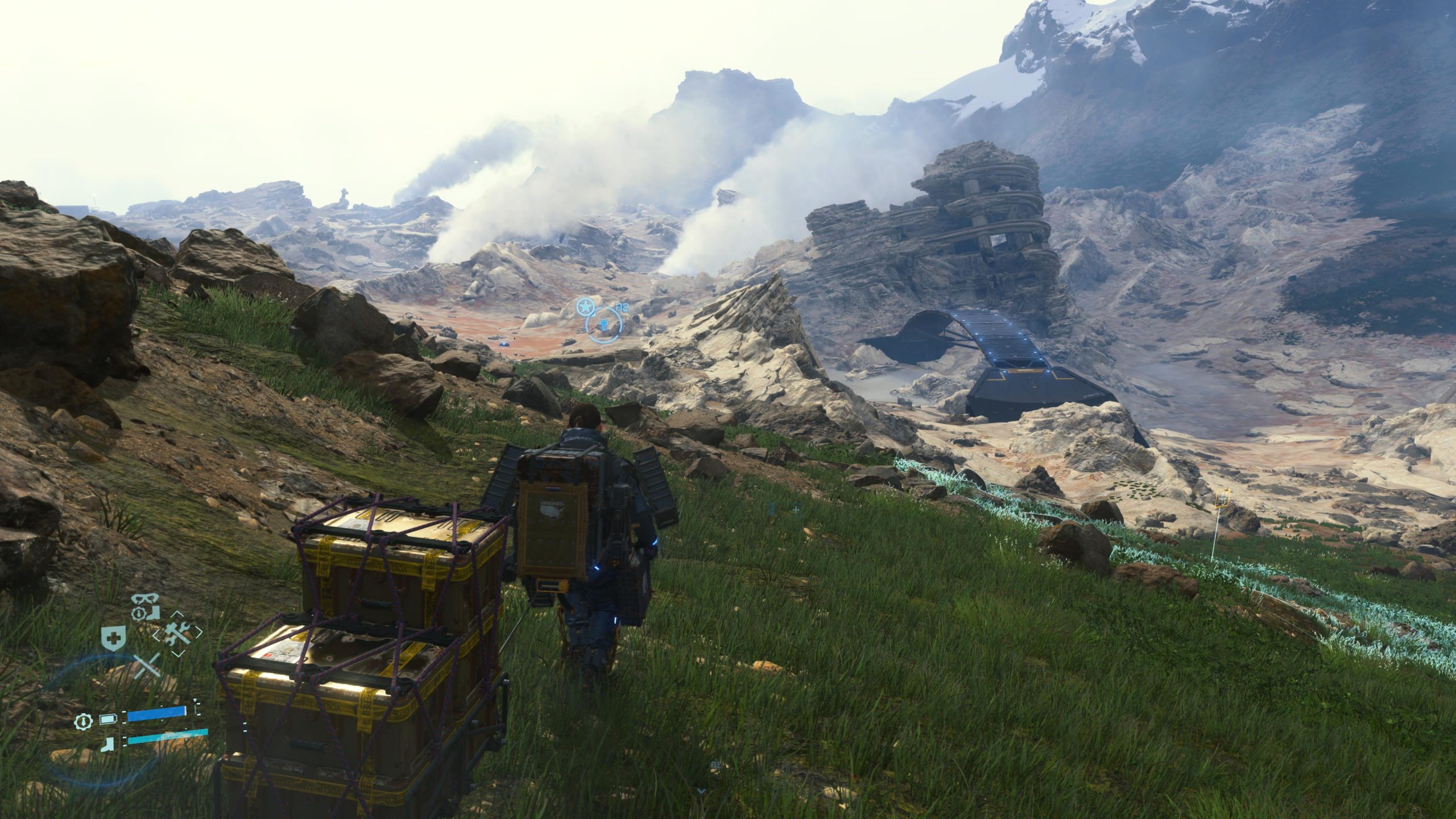 The game offers two different modes on the PS5 – A quality mode at which it runs at 4k while trying to maintain 60 fps, and a performance mode that maintains a constant 60 fps while lowering the resolution. The gameplay feels extremely smooth this time around, and due to the increased performance, combat feels really snappy.

The use of haptics via the Dualsense is another big change and the player can definitely feel the actions Sam takes, whether it is reloading your gun or carrying massive cargo. While the implementation is not that huge, it certainly provides a bonus feature for returning players. 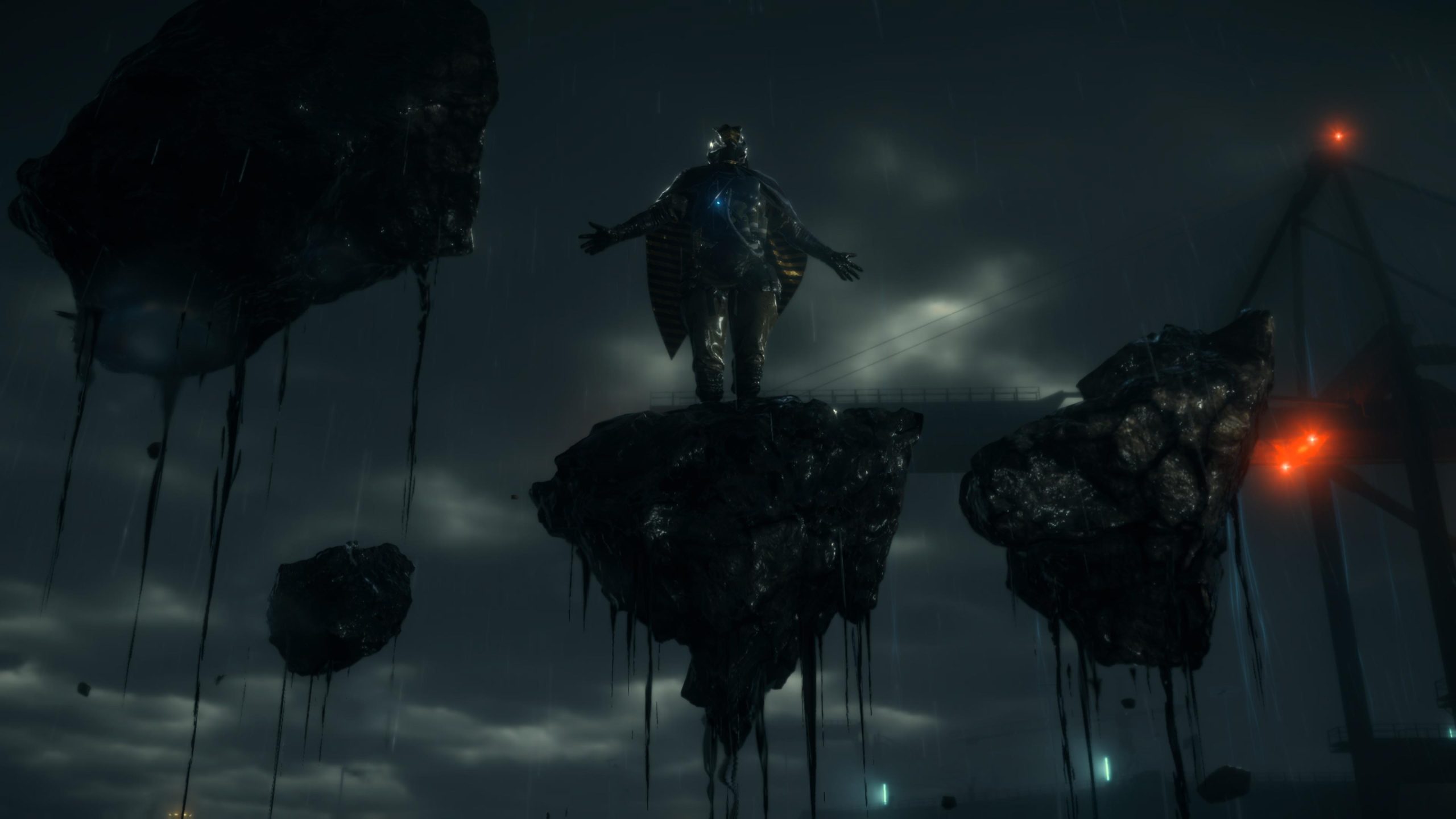 There are a lot of ways in which purchasing the Director’s Cut helps the player. The game offers you ways to help you plan your path early in, offering routes that you can follow easily along with their difficulties marked on the map.

New gadgets help you to send cargo over longer distances, use a robot to fulfill deliveries, as well as support skeletons to make you carry weights faster (along with the already existing Power skeletons). There are also new weapons along with a Firing Range which you can use to practice combat in different simulations. 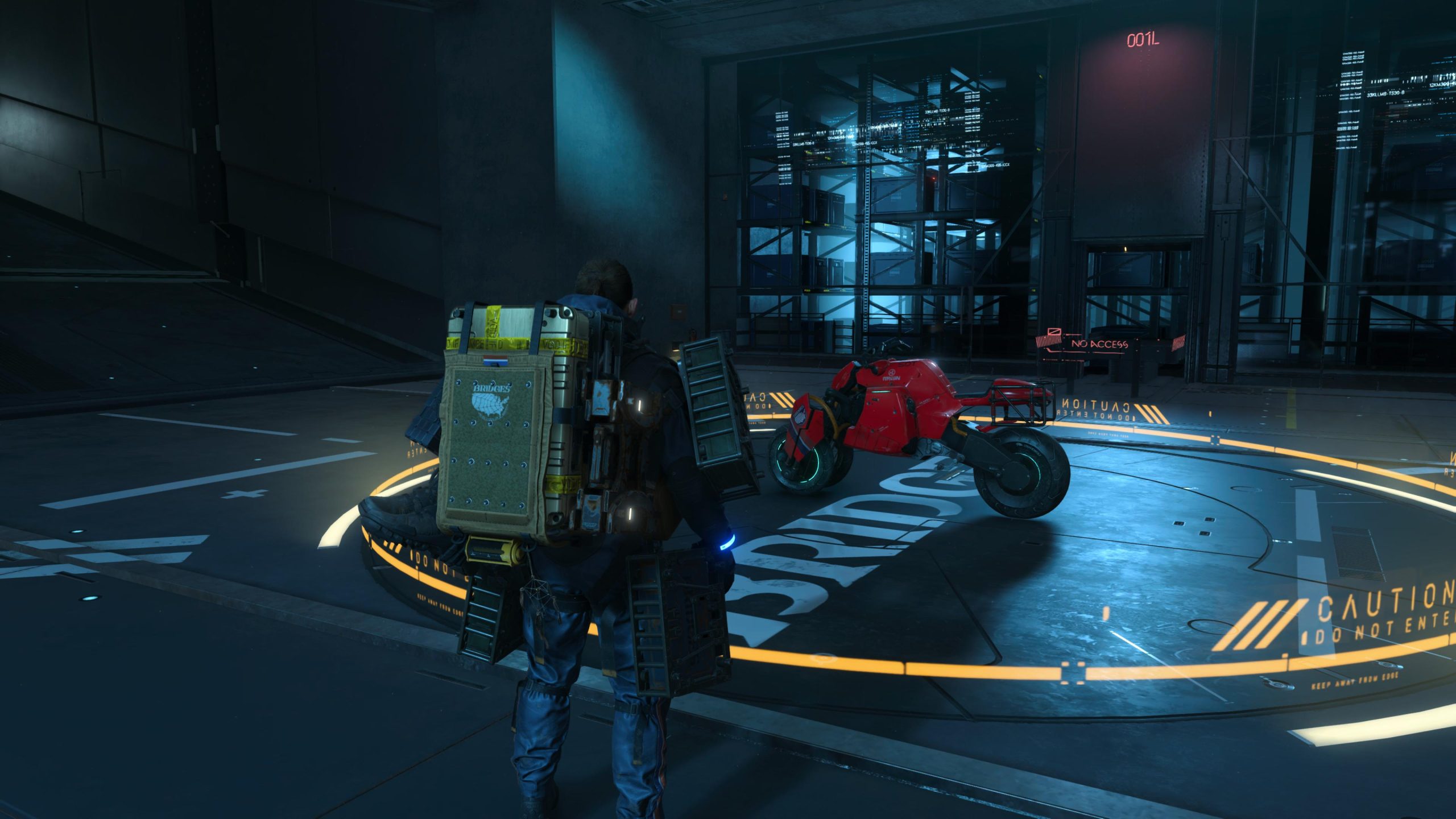 If you can grind out the sufficient materials from missions, you will also get the opportunity to rebuild the Fragile Circuit, a track where you can take part in races, or compete with other players by creating records.

The Director’s Cut also offers you some Cyberpunk and Half-Life related content, a new vehicle for racing, and a Ruined Facility that you can explore. 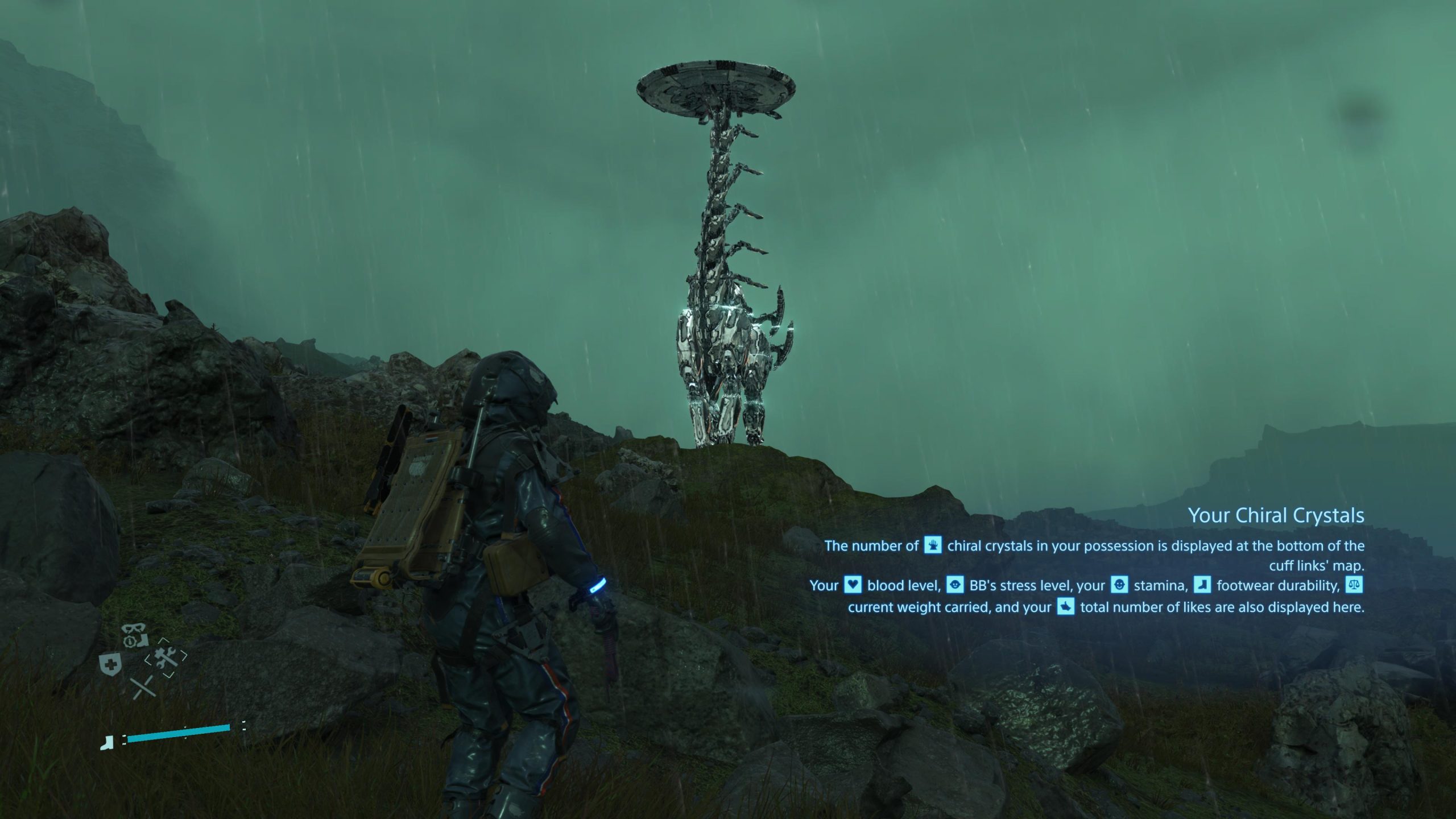 Disclaimer: Thanks to Sony India for providing us with a game code for this review.

Death Stranding to me is a game with zero repeatability, which is why, even though the game offers a 10-dollar upgrade to the Director’s Cut, it is not worth it to people who have played before. There simply isn’t enough additional content that will justify buying this edition. But for new players who are in love with how games look on next-gen consoles, investing in this might be a worthwhile prospect if you want to play a delivery simulator inside a world that looks gorgeous and dead in equal parts. While the lack of variability of gameplay and the (multiple) hour-long cutscenes might bore a lot of us, Hideo Kojima did have a quite creative concept which he used to make the game, although a movie would have been definitely better to recount the (rather good) story. Still, as an addition, the Director’s Cut might be quite appealing to players with a PS5 who are going for the game for the first time, especially considering the photorealism that it adds to a game that already looked beautiful in the first place.