Mass effect is a highly acclaimed RPG series developed by Bioware. The trilogy centers around the story of commander Shepard on how he uncovers the truth about the mysterious race and saves the universe from the cycle of extinction. On your quest, you will meet a lot of colorful characters throughout the trilogy, while it might be a decade old( by next year), I will avoid all kinds of spoilers for the story and will only discuss the performance, visuals & gameplay elements in the game that has been improved upon in this remastered edition. 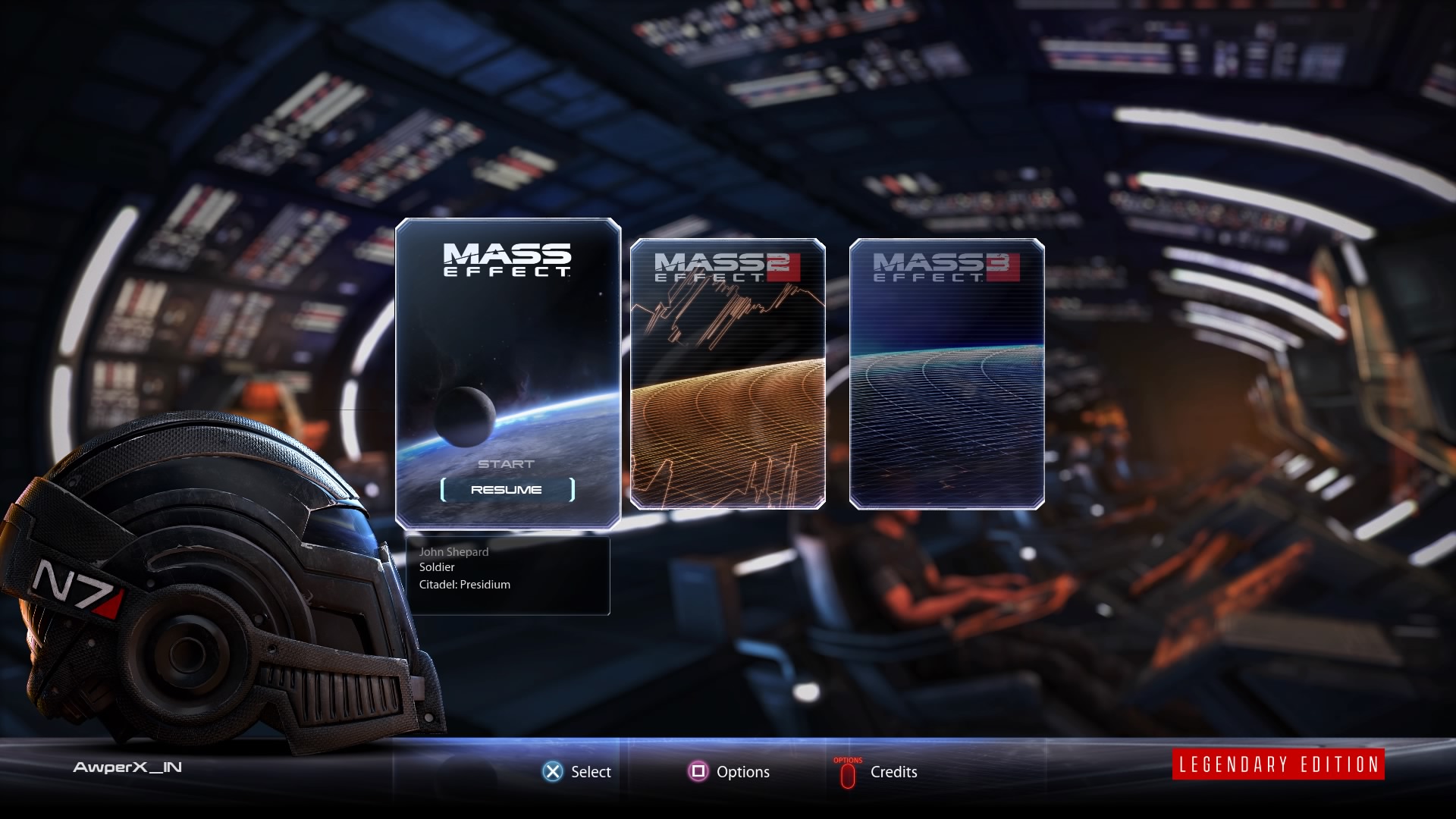 Mass effect Legendary Edition includes every DLC other than the pinnacle station from Mass effect 1(not much of a content loss as no story is involved in it and is pure arena mode)but if you want to know more about it you can either check videos on them or have similar experience in mass effect 3 Citadel DLC (Armax Arsenal Arena)which is included in this package. The mini-game of the sort included in Citadel DLC has its own modifiers, enemy variants, teammates & maps. 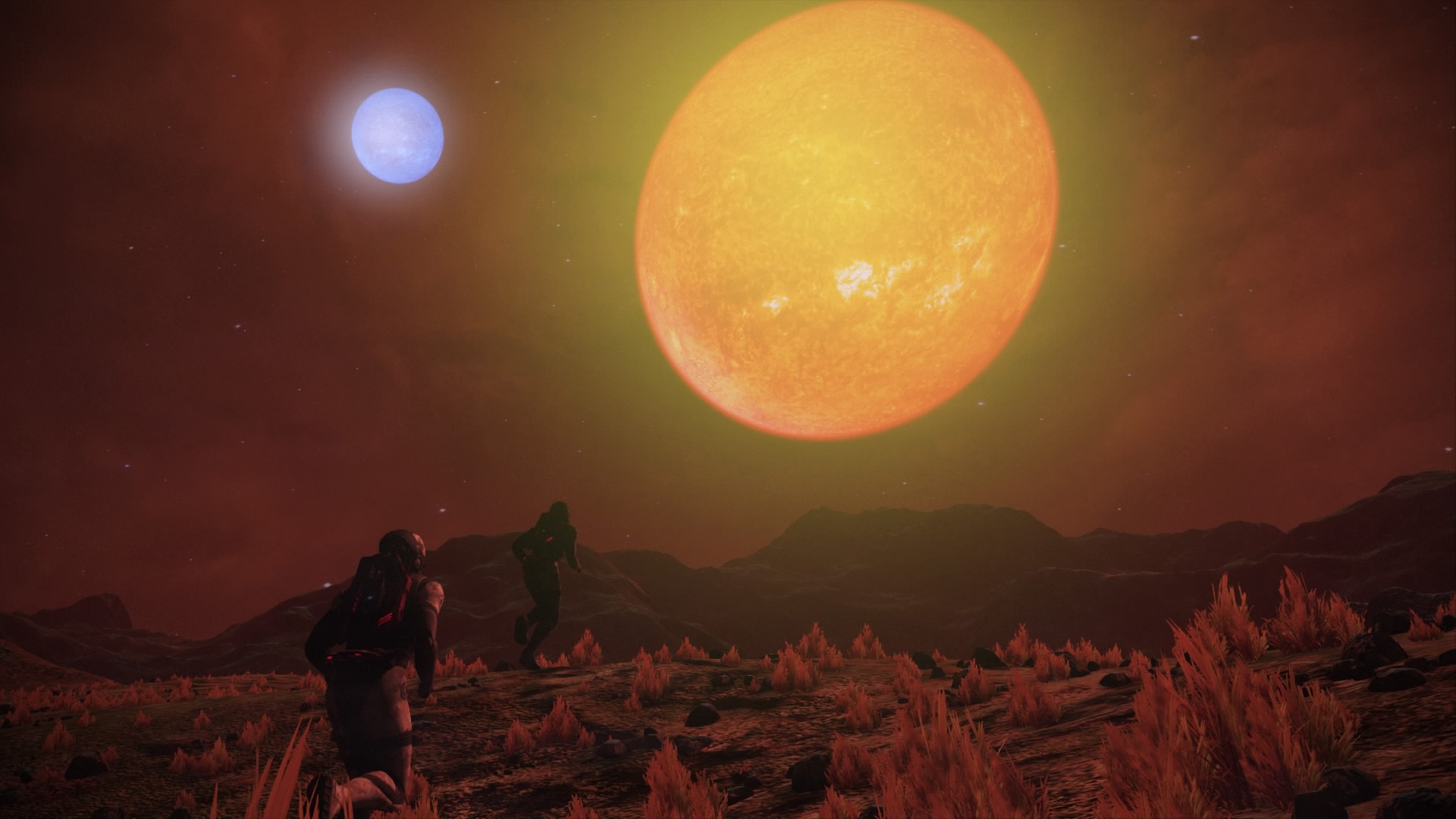 They have also included a unified character creator & default form of Shepard from mass effect 3 to the rest of the series, you can also create and import the same Shepard over 3 games and you can pick any game in this package and not worry about the story as 2 & 3 has dark horse genesis interactive comics covering the previous game story, but I strongly suggest you play from the beginning for the Ultimate experience. Photo mode is also included as well. 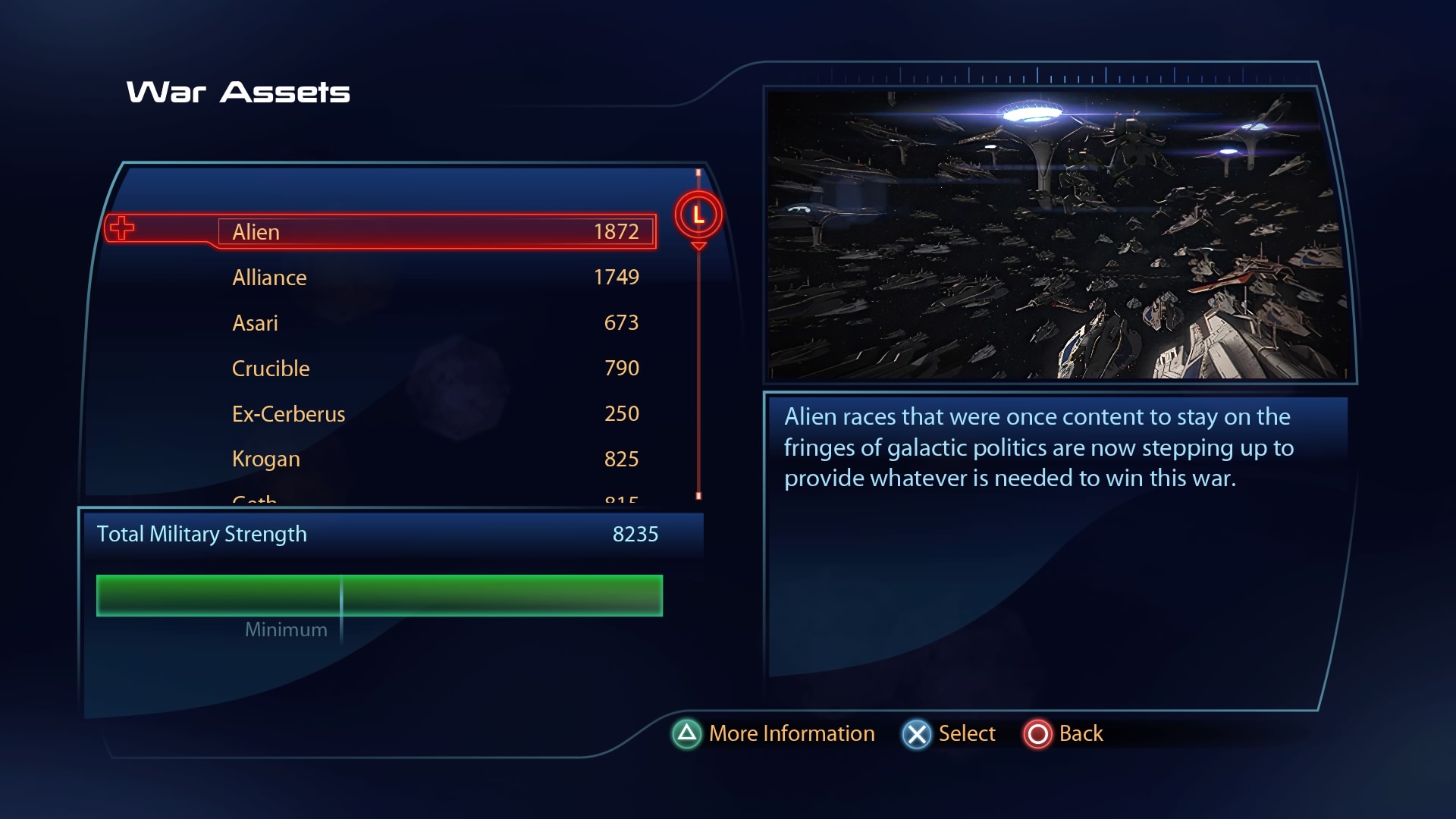 Mass effect 1 has aged poorly when compared to the rest of the games in the series. With the legendary edition they have improved upon some aspects of the game but there are still times when you might miss targets with biotic or powers. You are no longer restricted in weapons that are based on class, weapon sway for sniper rifles is reduced, the UI got complete make-over as it looks more streamlined now with the rest of the trilogy. Squad AI still acts like a bag of rocks which is a shame. Mako handling is significantly improved, no more bouncing around & steering into lava is damage over time rather than instadeath.

Mass effect 2 doesn’t have any changes and this pretty much works well as my experience with this game is smooth as I never faced any issues, the original game had few issues such as stuck in the environment during combat, especially when you are getting over cover and you are stuck floating and the only way to get back to normal depends on if you have any enemies in the vicinity and using vanguard class or you have to reload latest save. Regardless it’s safe to say that bug has been squashed.

Mass effect 3, on the other hand, has the best gameplay compared to the rest of the series as it’s fast & effective and I did not find any issues here as it worked like a charm back in 2012 when I first played it and it works the same way right now as well. 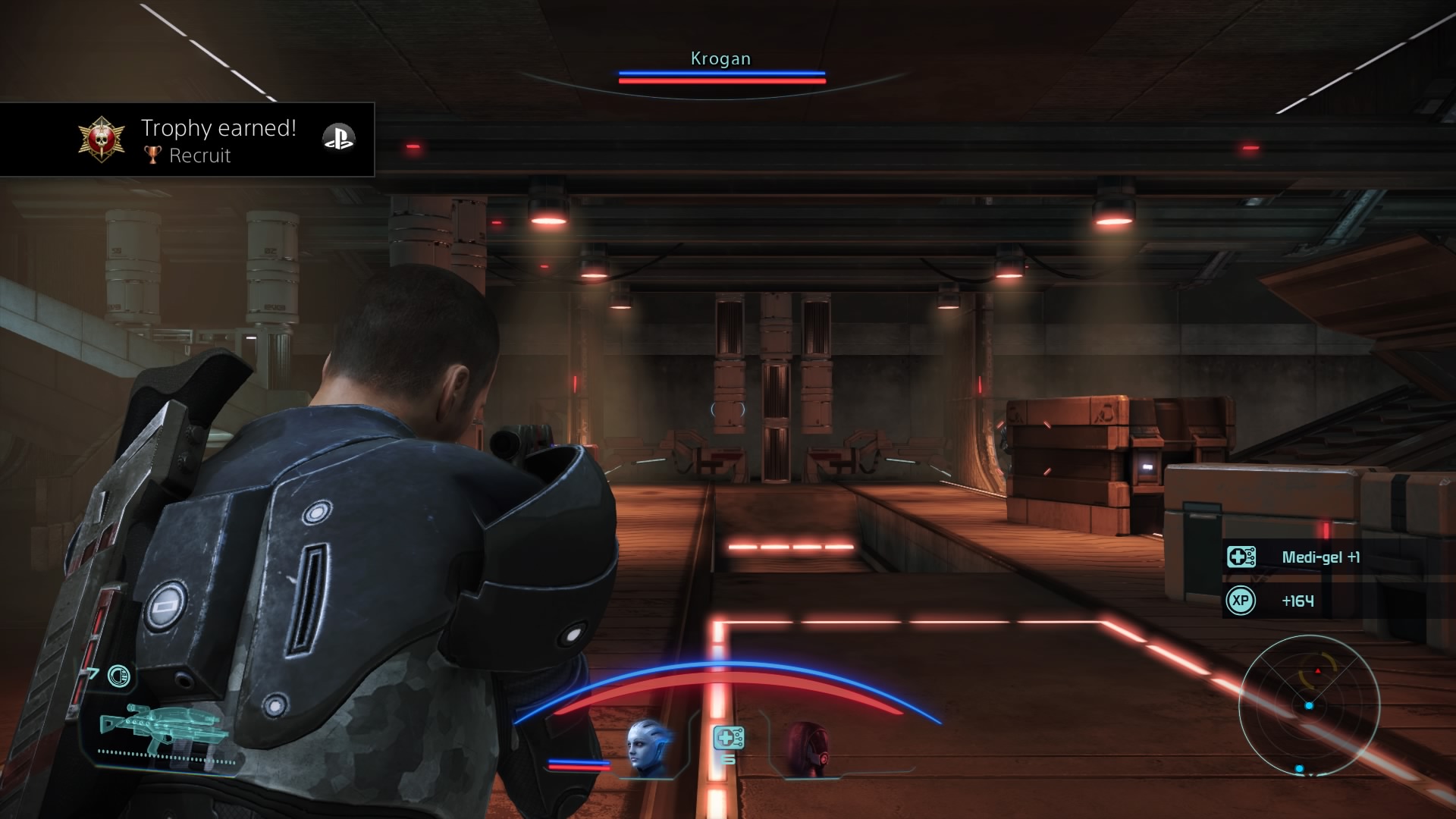 The original game might look decent but it does not cut it for most of the players out there. With the remastered version, you can see improvement in lighting and change in the overall tone of the game. The developers have used AI upscaling to improve textures and Cinematics & have manually tweaked textures of every character in the trilogy. They have even swapped the race of a character from one of the side quests to Turian. The particle effects are enhanced and added to certain areas as you will notice them quickly if you completed the original games. 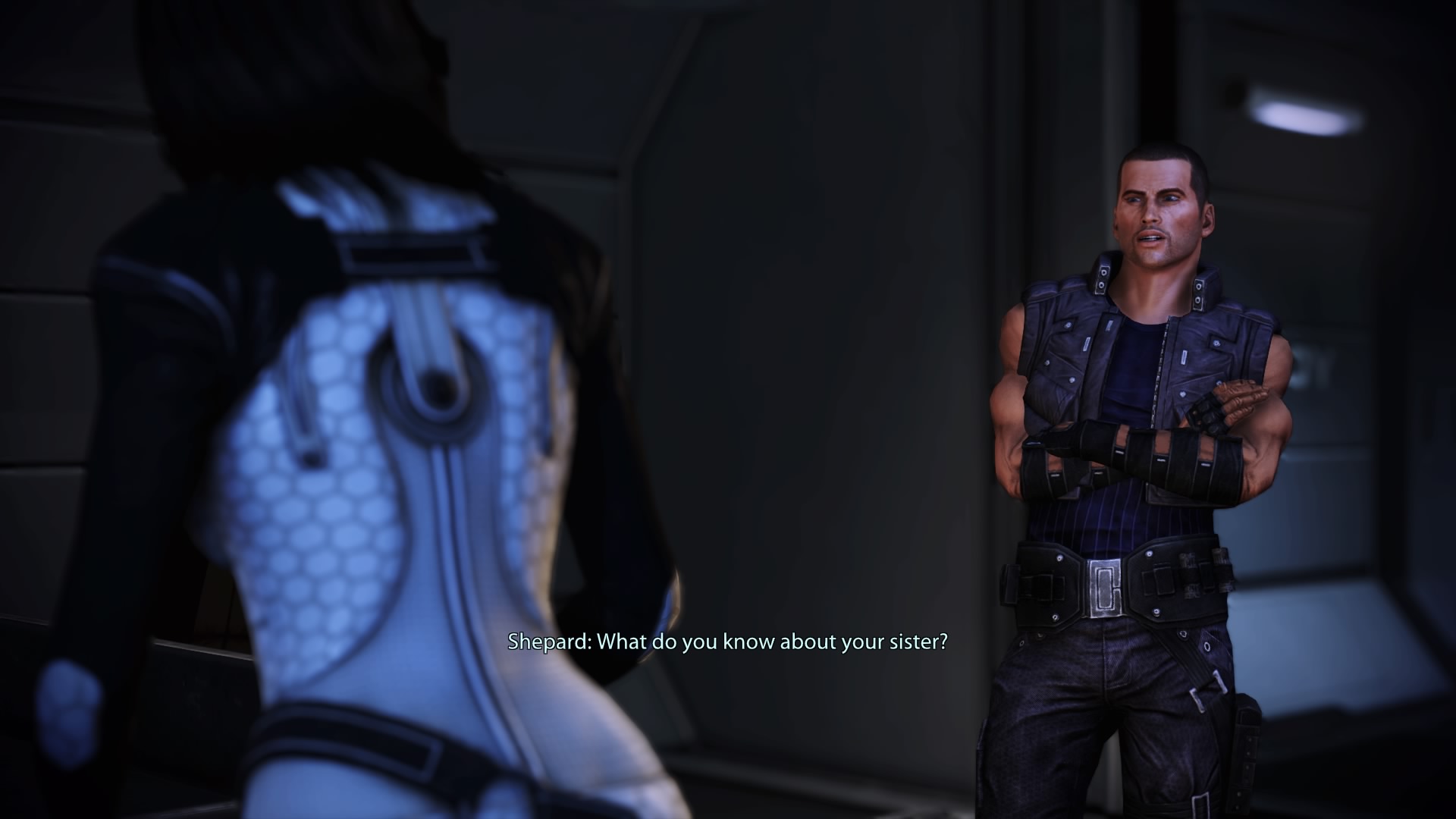 Mass effect 2 and 3 come with few enhancements to lighting & textures and additional particle effects to some levels (example: monastery level in Mass Effect 3). Some minor changes are done to mass effect 2 such as a facelift to Kelly Chambers and a change of awkward camera angle while talking to Miranda. Most of the visual changes made to mass effect 1 are good but there is one issue that bugs me the most that is during the first mission used to have this eerie tone to it especially when you encounter a certain mysterious ship as it’s now gone and it looks more vibrant and doesn’t feel as good as the original version. 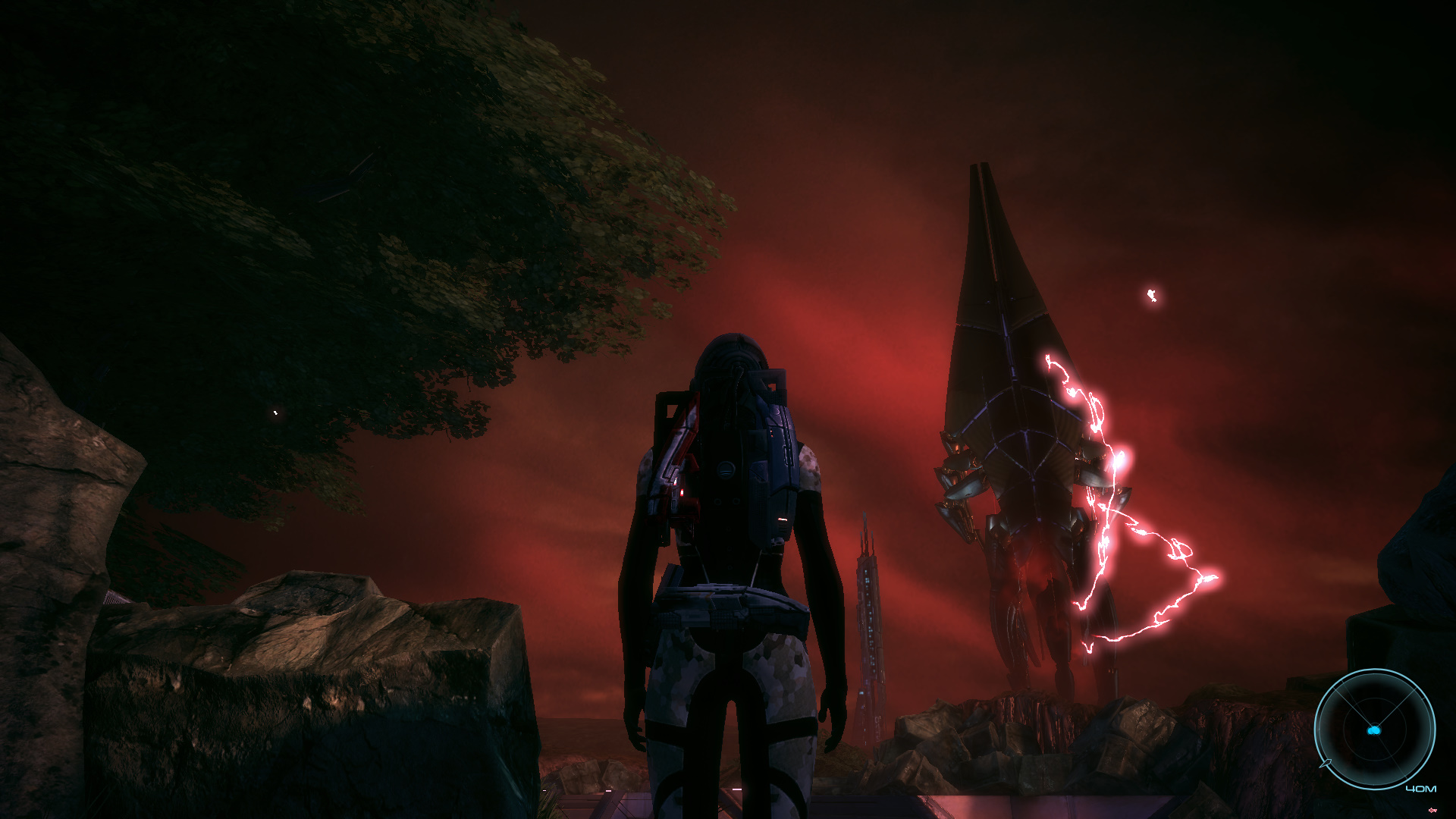 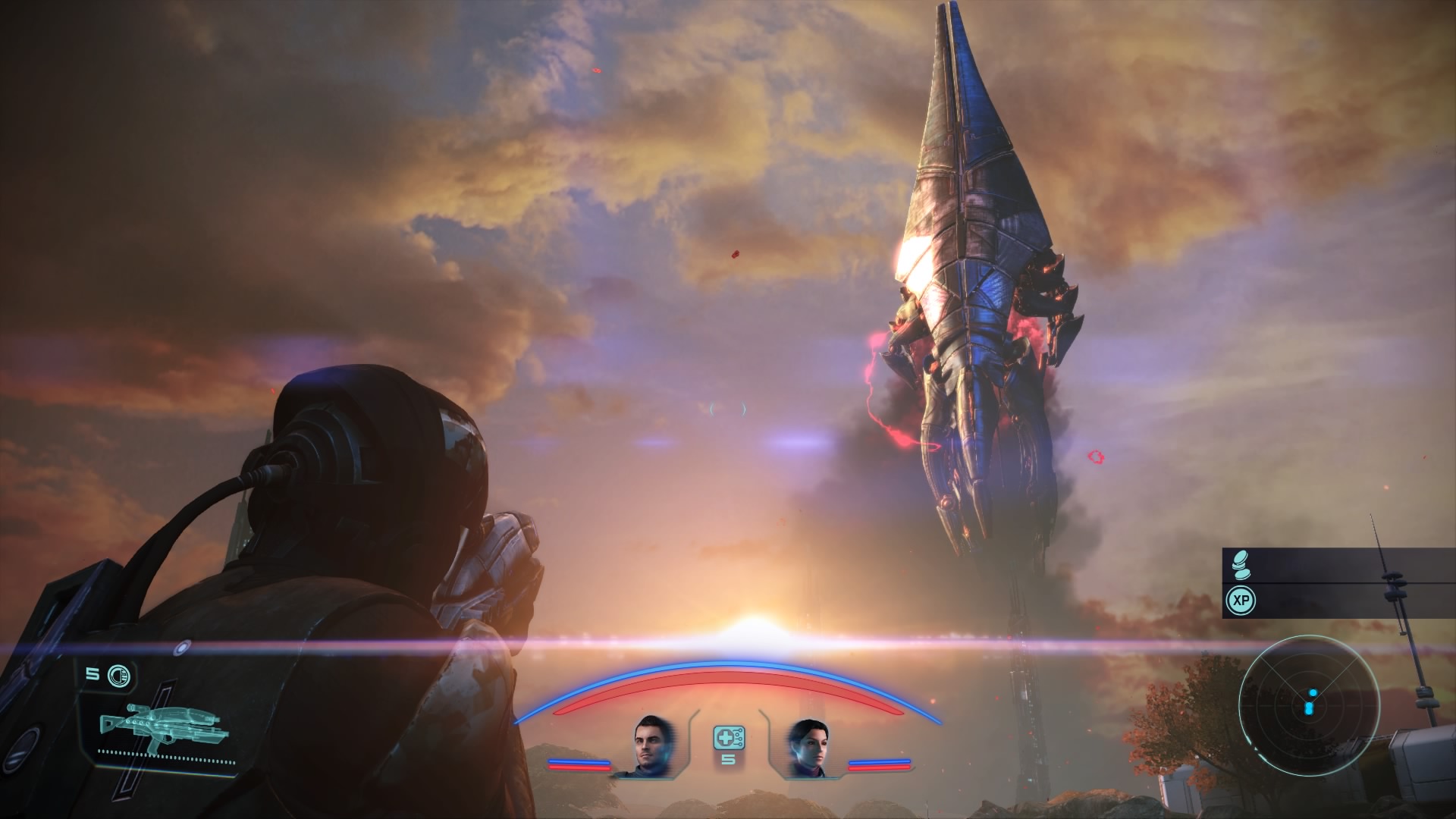 Performance is decent in general, other than few frame dips and a single crash during Mass Effect 1 playthrough, the game worked smoothly most of the time on my PS4 Slim. I have spent most of my time using quality mode over frame rate mode as it was the better deal overall in my experience.

Audio quality is fantastic ranging from voice acting to the original soundtrack as the series kept improving over each game(excluding Andromeda of course). 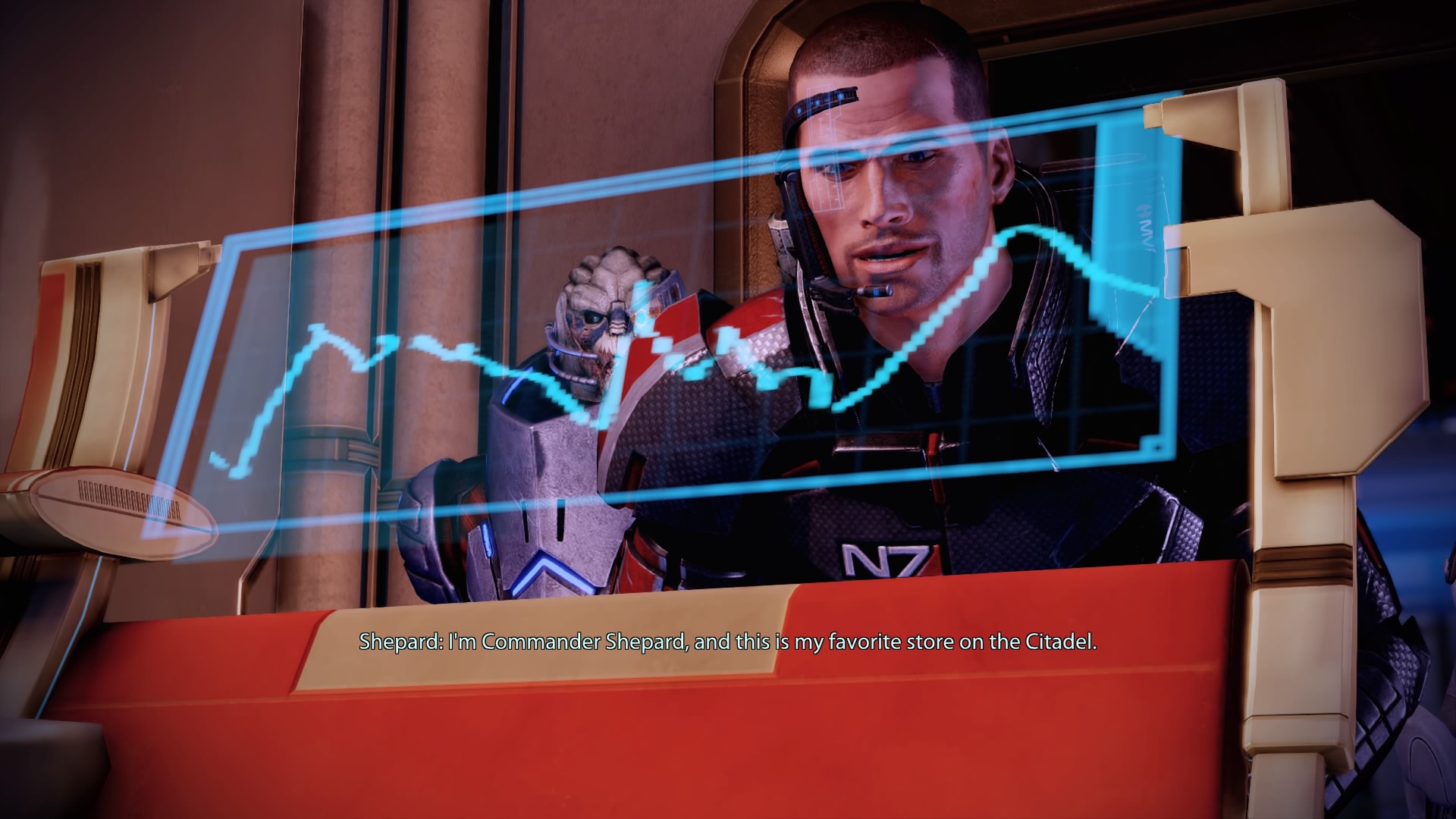 The main story levels are pretty good even to this day but the side content is where mass effect 1 falls flat, as level variants for almost every side quest remain the same, the planets, in general, are diverse but once you reach the enemy hideout, its one of the two variants which gets a bit tedious. Considering this is remastered and not a remake, there is nothing we can do about it.

Mass Effect 2 & 3 on other hand, side missions were different. There is not a single repetitive map here as each level feels unique but not necessarily good or decent and doesn’t feel tedious as Mass Effect 1. 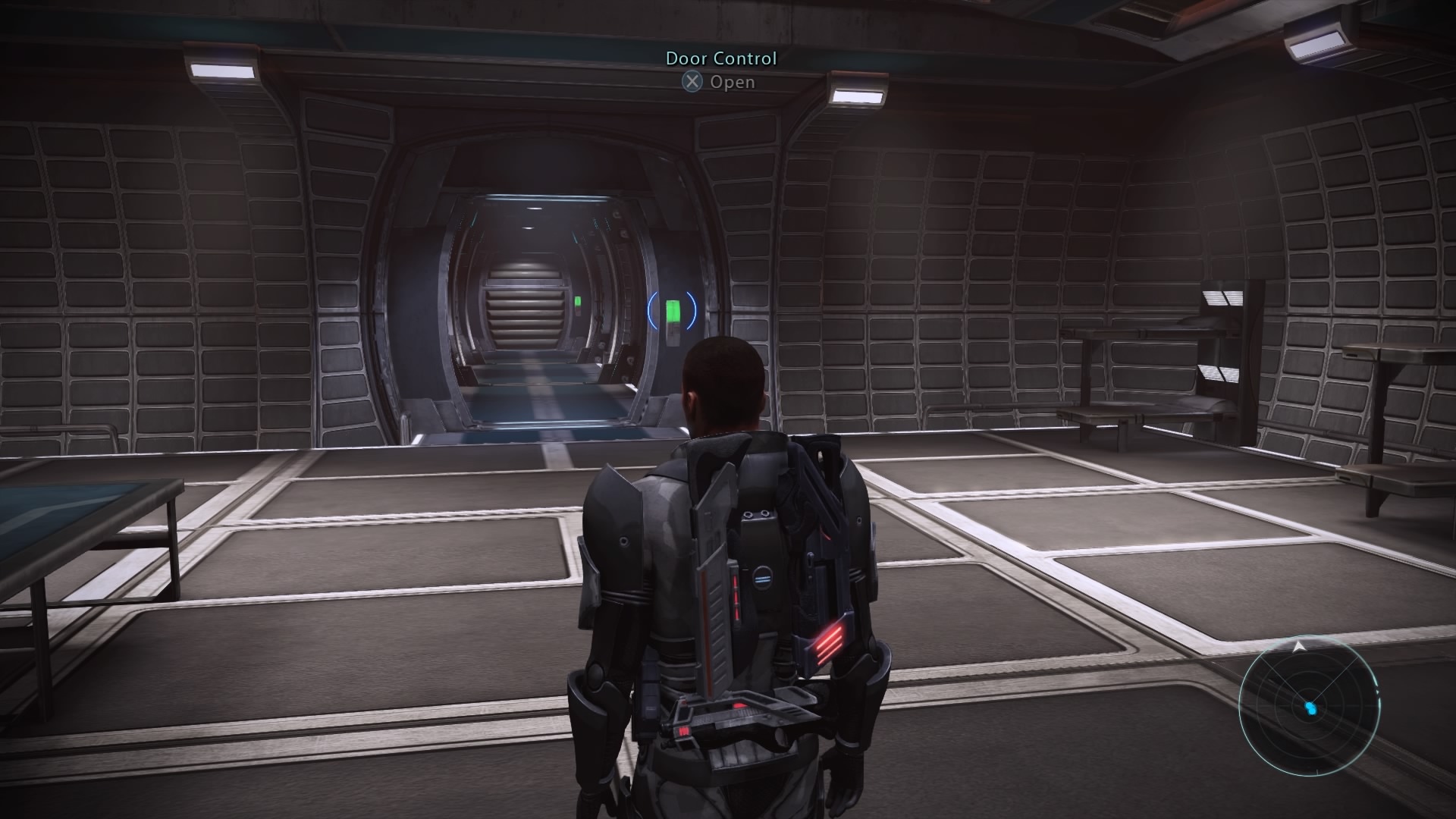 The Plot is one thing I will not talk about as mentioned above, due to the fact this is experienced better if you go in blind as a new player, for recurring players, however, I do not have to get into specifics as you already know how good this trilogy is despite having issues. The amount of details presented to you overall is amazing, the codex is enough to keep you occupied for hours, going through every race, technology & event that took place in the mass effect universe. 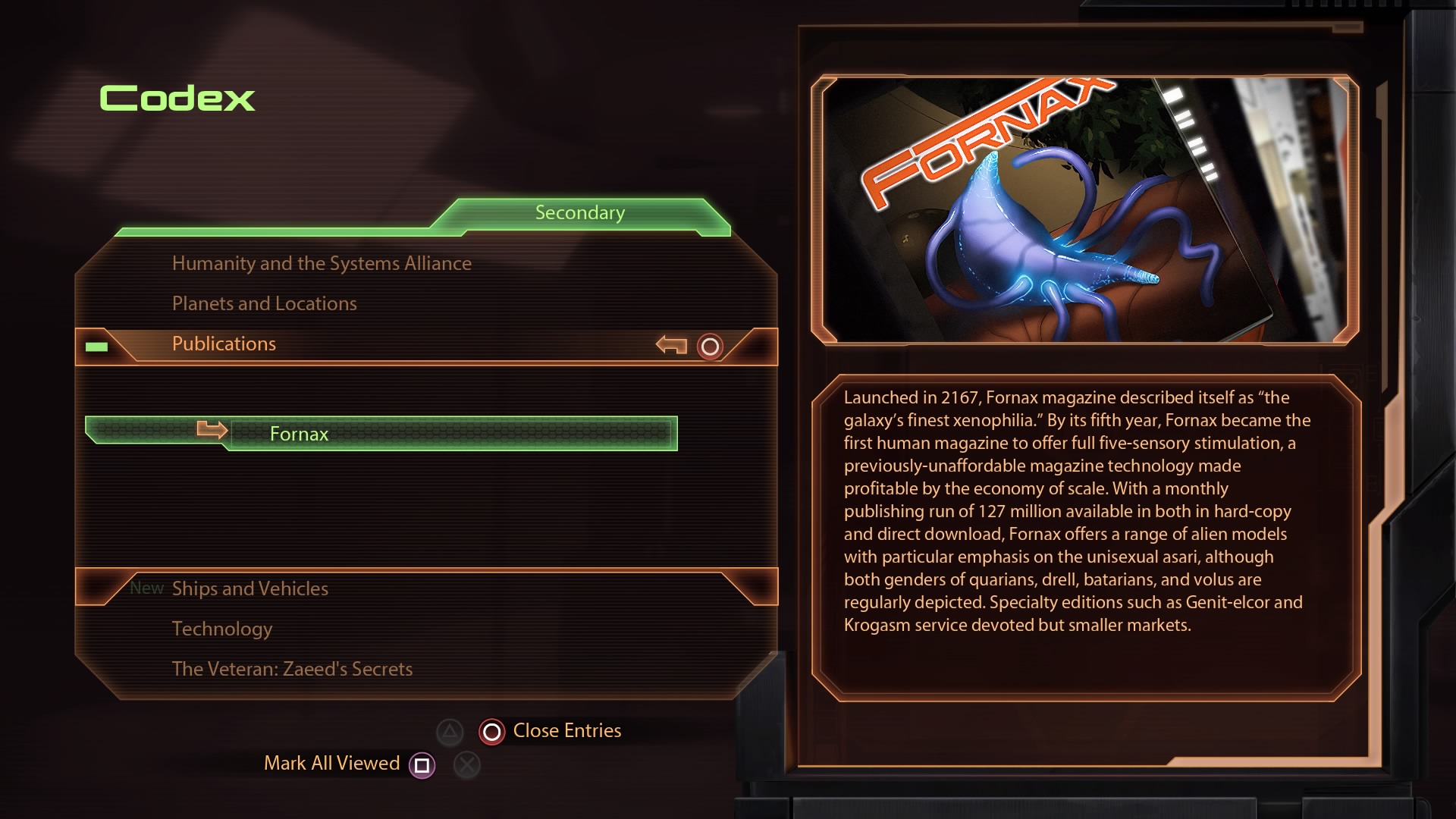 Disclaimer: Thanks to e-xpressgames.in for sending over a ps4 code for Review

Without a doubt, this is one of the best sci-fi RPG’s out there, despite the controversial ending of mass effect 3 or some of the outdated level designs & some minor bugs the overall journey is amazing. A significant amount of work has been put into this trilogy, especially to Mass Effect 1. If you are new to the series, this package is definitely a bang for your buck as there is a lot of replay-ability value present here with different classes & choices which can clock around 80+ hrs of game-time for a single play-through. But if you are a recurring player who owns original versions & plays frequently you might find the price tag a bit steep.