Horror games that can make you hold your breath? Stunning locations infested by hordes of monsters? A world where every living (or dead) creature is out for your blood? Vampires, werewolves, and waves of undead who simply want to kill you? Welcome to Resident Evil Village, Capcom’s next installment in the series which follows the story of Ethan Winters as he makes his way through a murderous town, as beautiful as it is deadly. 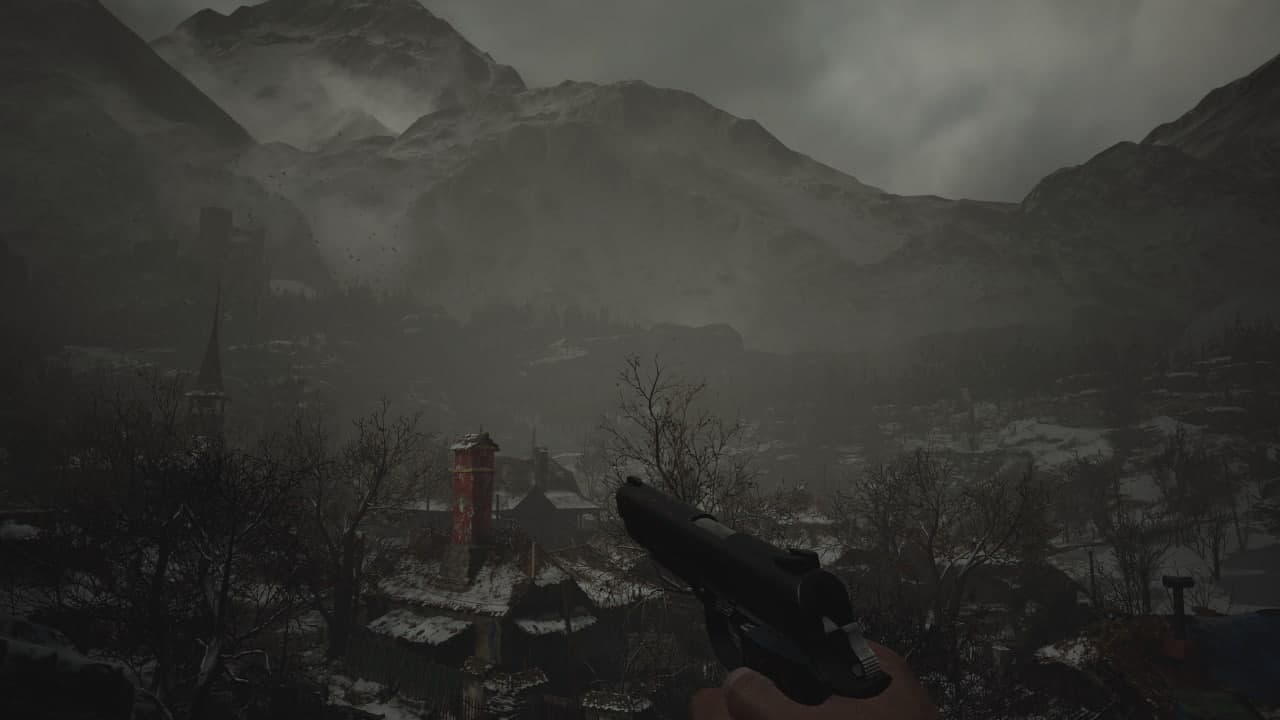 If you are a fan of Resident Evil games, you are no stranger to the likes of Leon, Chris Redfield, and their latest protagonist from Biohazard – Ethan Winters. A game with a fresh take on the series, RE7 introduced us to the Bakers in Louisiana, a family that had been infected with the Mold to turn them into vicious monsters barely resembling humans. The previous game showed Ethan on a quest to rescue his missing wife, and it seems as if there is no end to his worries, as Village picks up a few years after Biohazard, where Ethan’s baby daughter Rose is kidnapped and taken to a strange, mystical village… a beautiful snowy settlement harboring its own dark secrets. What follows is the story of a father who goes after his child, and swears to mow down everyone in his way. 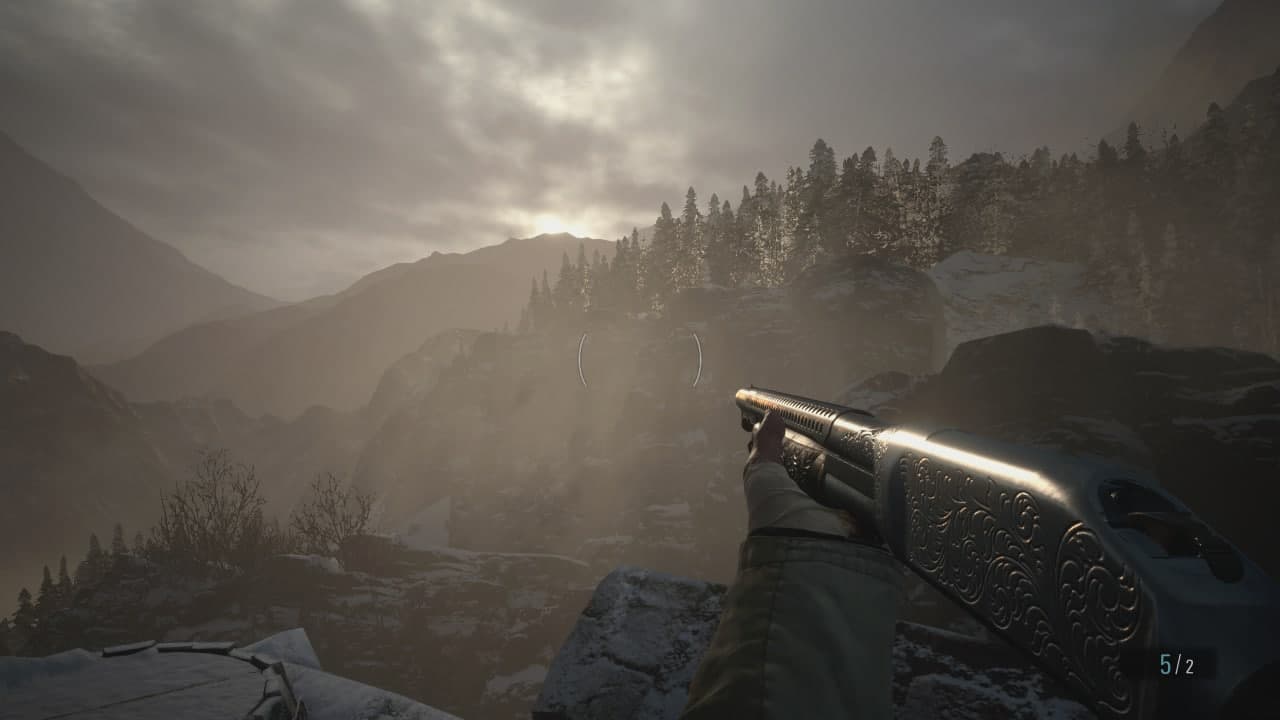 The narrative has a rather slow pace at the beginning, though that is to be expected as the protagonist finds himself in a strange location where all the inhabitants are out to kill him. Soon, however, the story picks up the pace and introduces us to many characters, all of whom join together to make up one of the best plots of all the Resident Evil games I have played so far. Ethan Winters is far more seasoned now, after his previous experiences, and each of the bosses has their own personality, which simply adds to make the story so good. 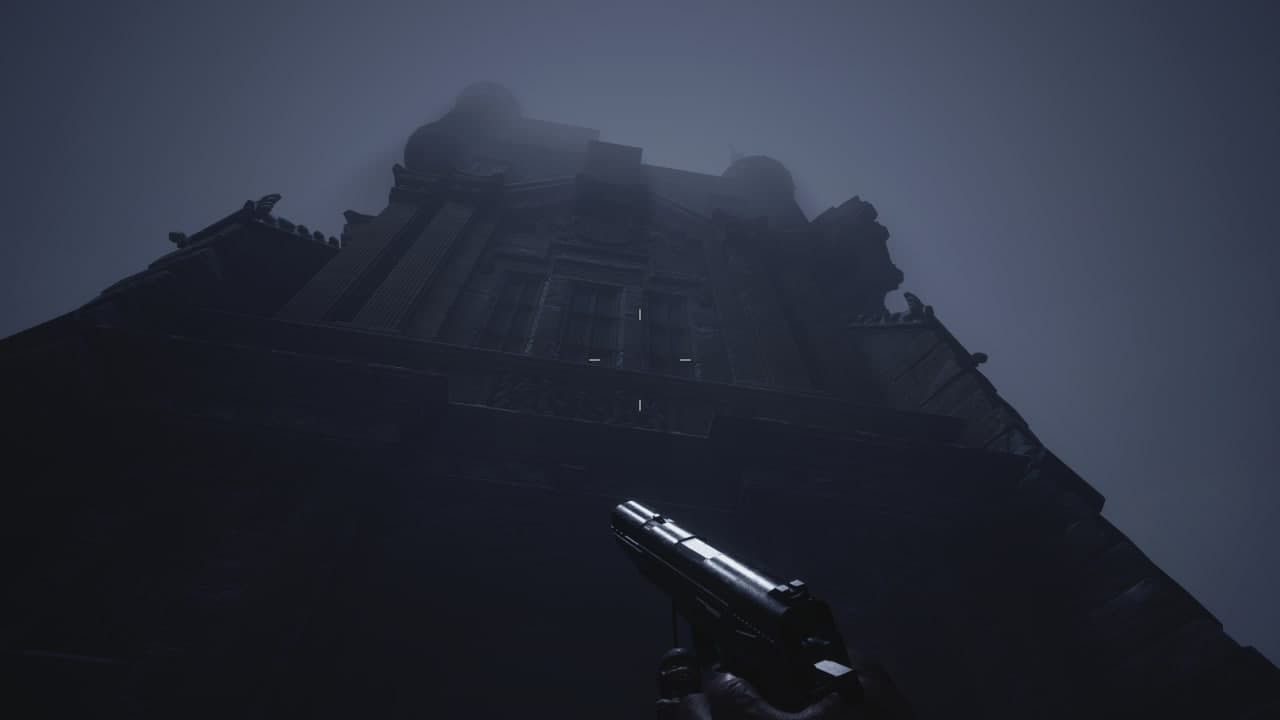 Resident Evil 8 takes place in a huge village, where most of the population has turned into Lycans, vampires, bats, and other creatures you would expect in a Van Helsing movie. The few that remain to hide in terror, though most fall prey to the cannibals that the other villagers have turned into. The location seems to resemble Transylvania, with huge sprawling castles, dungeons with walls caked in blood, massive snowy landscapes, mountains, and forests. The location keeps on changing, and unlike other Resident Evil games, this game has far lesser backtracking with its diverse environments. Shambling houses, enormous factories infested with murderous machines, marshes populated by monstrous creatures – you name it and the game has it in store for you. 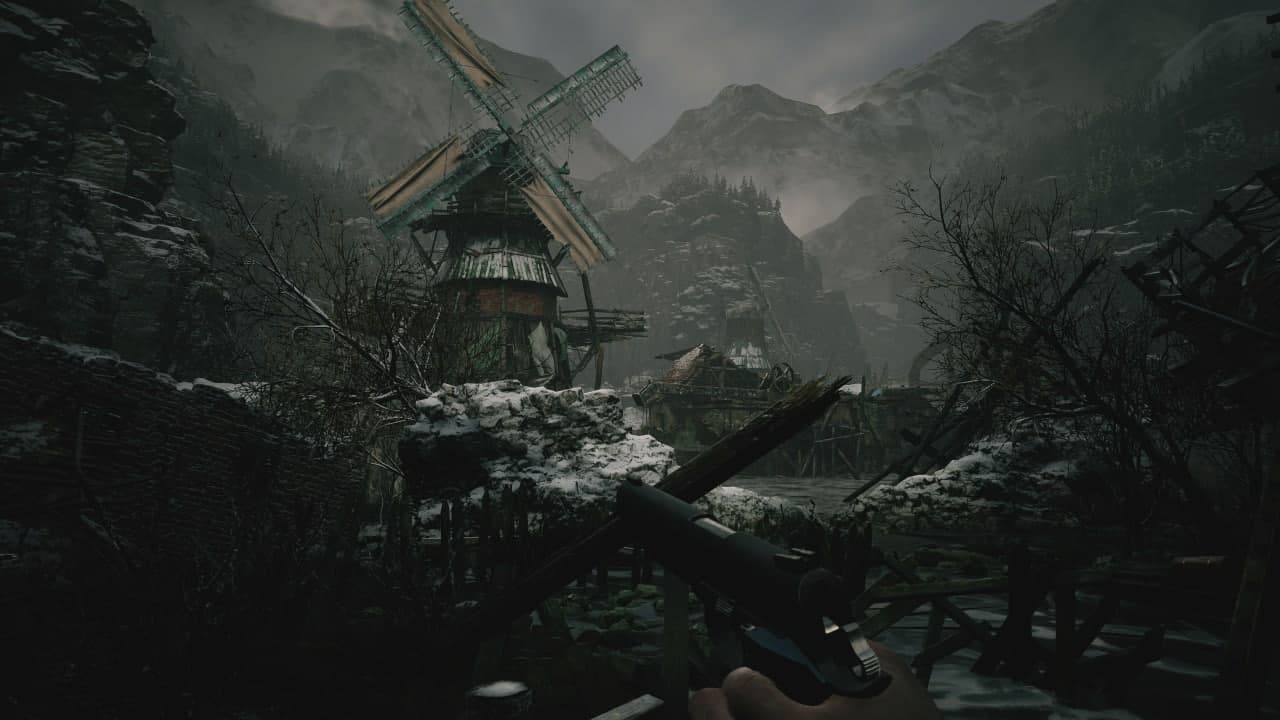 Resident Evil Village is a graphical masterpiece. There is no other term for it. With the PS5 rendering it at 4K60 FPS / 4K45 FPS with RTX ON (it actually does 4K60 most of the time with RTX ON too), the game gives you a truly next-gen experience. The various characters appear as close to real-life as possible, weapons have intricate engravings on them, the castles are filled with wealth and art reminiscent of museums. Ray tracing is quite significant in the game, as blood, puddles, and marshes reflect their surroundings, the snowy landscape looks significantly better and indoor settings appear much brighter. The FPS does drop a bit in the latter part of the game, but that’s rather transient and the PS5 does a wonderful job with how the visuals look. 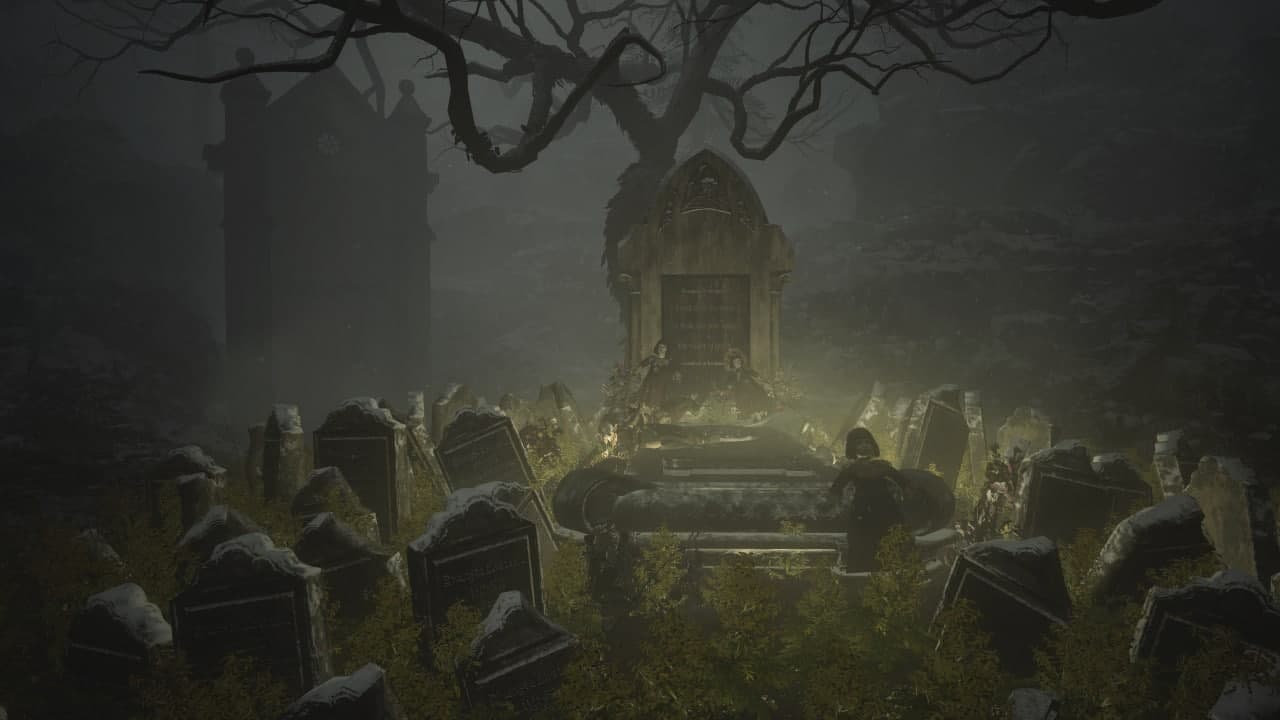 From a first-person aspect, the gameplay is significantly improved over RE7. Resident Evil Village focuses on both combat and puzzles equally as compared to its predecessor, both of them are way more than RE7, and moreover, it does a marvelous job at doing so without forcing you to make loops in the same areas. The village is the central hub for everything, but each location that leads away from the village is filled with riddles, and for the fans of gory shooters, there’s enough combat to fill your stomach. 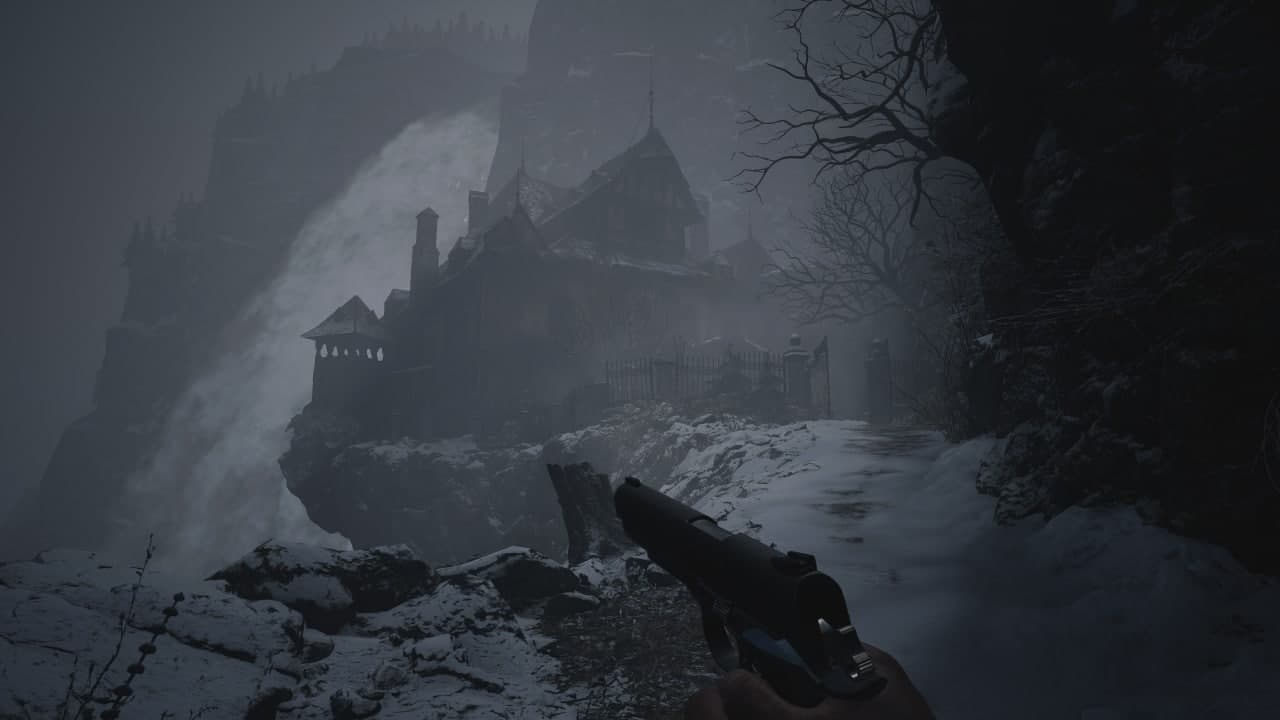 The game does not force you to hoard ammo, if you explore, there are piles of ammunition kept quite visibly. You are given enough weapons throughout the play through, that is, if you manage to find them. Enemies appear in large numbers occasionally, but the game offers you a fair chance to kill them all. Gun-play is far more satisfying on consoles than it was with RE7, and the aim assist is significantly better (as compared to previously, where you literally had to drag your analog sticks forcefully, before counting your blessings when you land a head shot). Red explosive barrels make a return and the game has a rather ‘Resident Evil 4-esque’ vibe to it, particularly in terms of locations and combat (albeit a first-person shooter version).

Enemies are pretty varied for how short the game is. There are huge wolves, evil dolls, Lycans, vampires, undead versions of automatons as well as many others. Each of them is quite different as to how they attack you, and the fact that they change with the location makes the game pretty fun. There are lots of boss fights, and each of them is extremely different, with some being heavily combat-based to others totally focused on solving puzzles. While most of the game focuses on the eerie noises coming from the environment or the snarls that indicate a monster is nearby, some of the sections are accompanied by an adrenaline-pumping background track that makes the boss fights even more enjoyable. 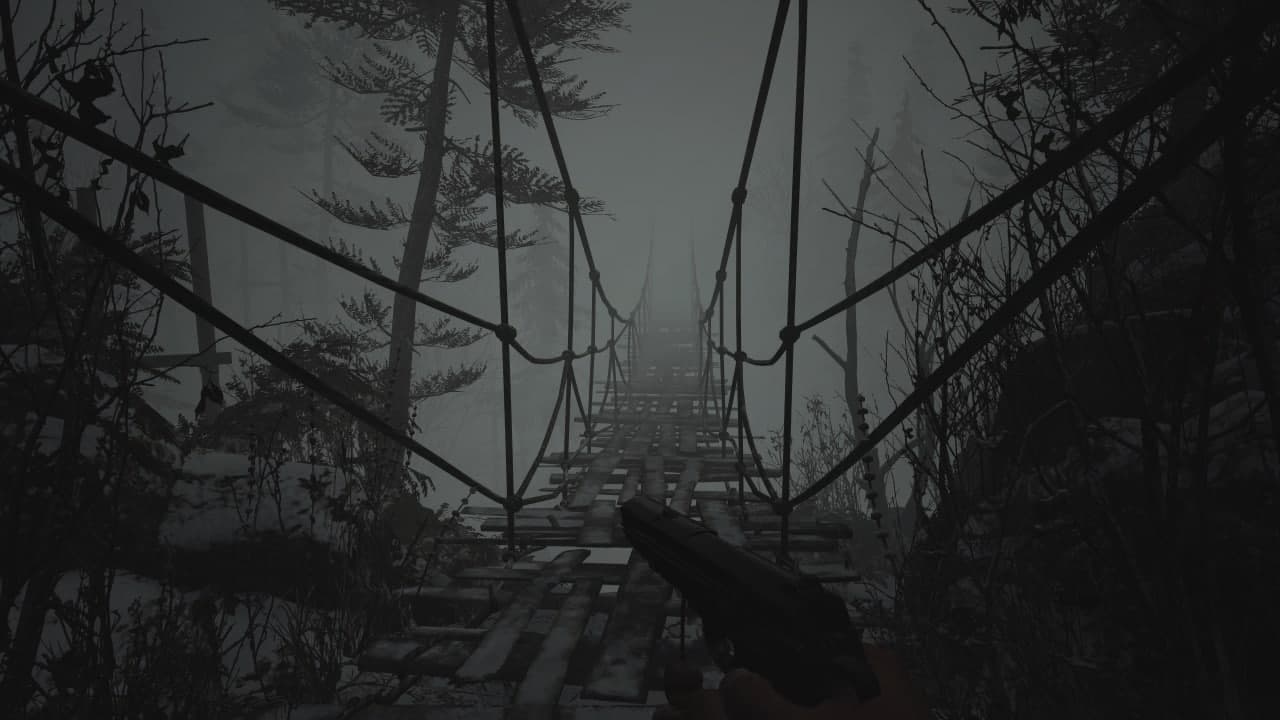 The merchant makes a return to this game, and the series has a fresh take on the character, with him being a jovial man, although he still retains mysteriousness. With the occasional Easter Egg references to RE4 (What are you buyin’, stranger?), the merchant is actually very important in the game. RE7 has a currency system, which can be obtained via smashing objects, killing enemies or selling older versions of weapons. The game manages to give you plenty of money which can be used to upgrade your weapons, buy items, learn crafting skills and increase inventory space, all of which the merchant happily provides, assuming you have the coin, that is. 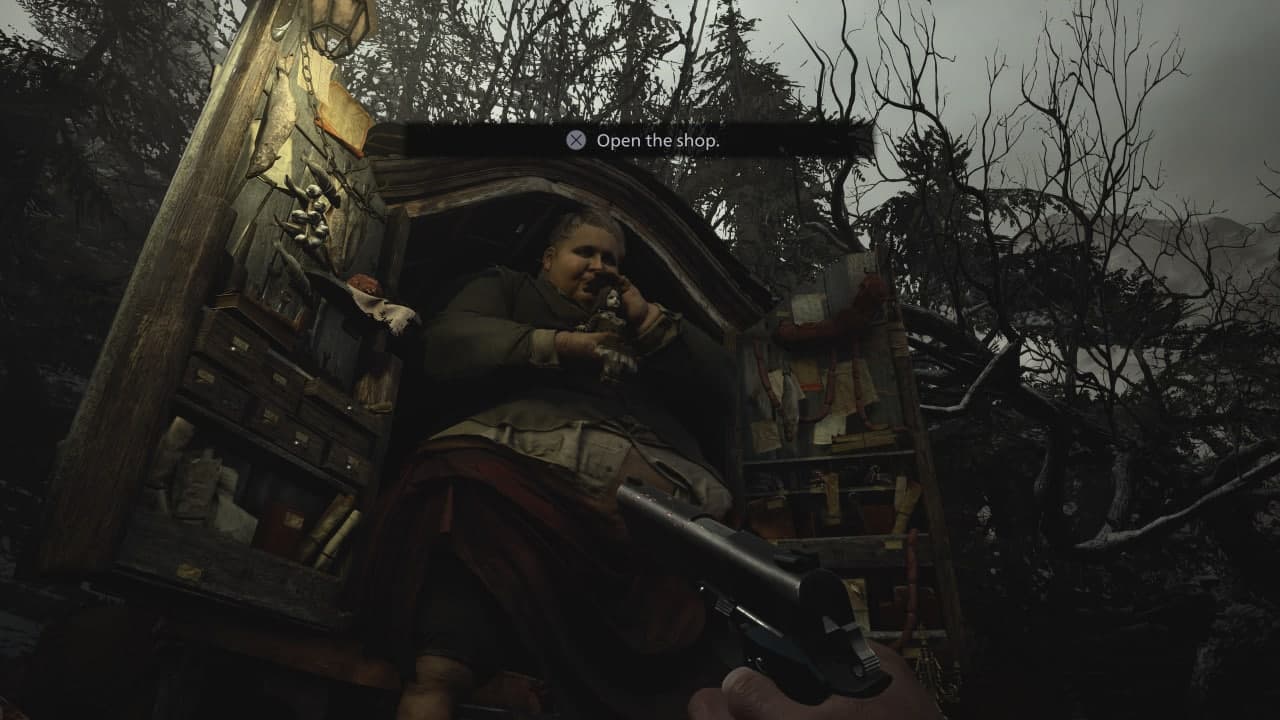 This makes combat even more fun and rewarding, as most of the dead enemies drop coins or valuable loot that you can sell to purchase more objects of your requirements.

The game takes away the stash box which was previously available in Biohazard. While this might seem an issue at the beginning, the merchant does a fantastic job of providing more inventory than you can use. If we explore the game sufficiently, there are lots of weapon upgrades strewn about the map which can significantly alter your weapon characteristics.

You can also buy crafting ammo recipes from Duke the Merchant, and can craft weapon ammo on the fly which is really helpful as well. 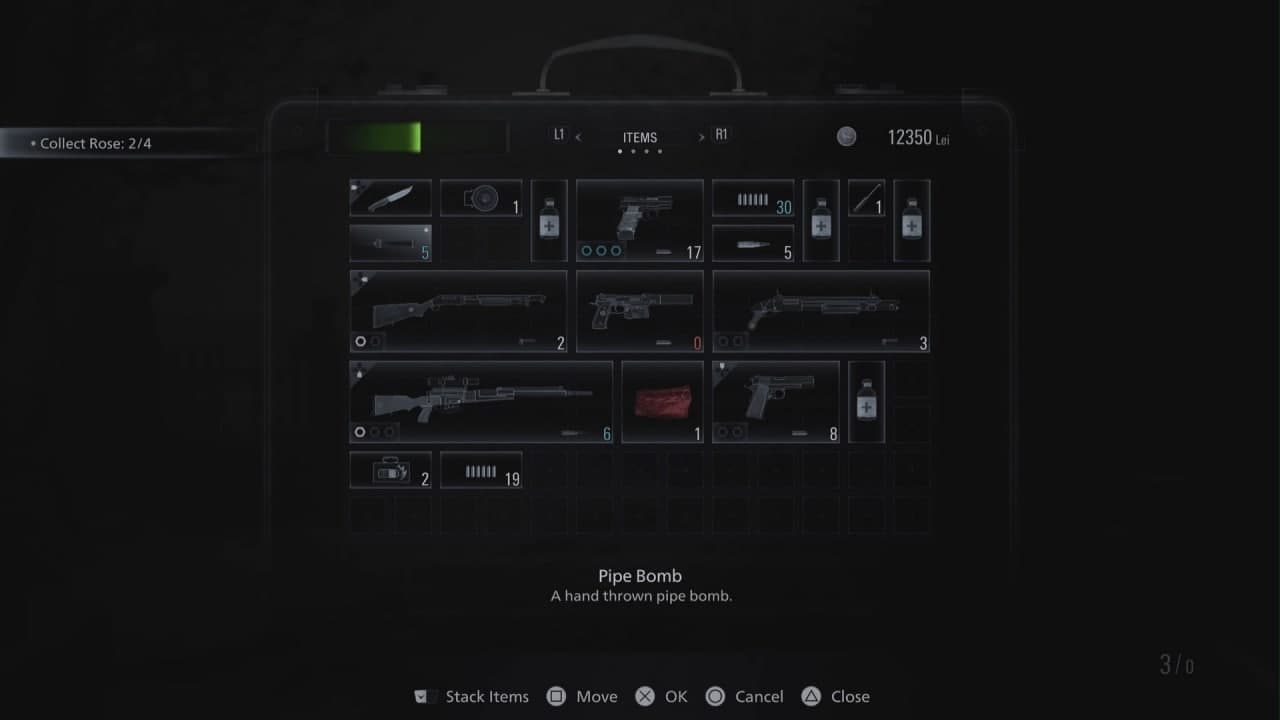 Livestock plays an important role as cattle, poultry, fish and herbs can all be handed to the merchant, who uses them to craft meals, that can significantly reduce your damage intake, or increase your health, as well as conferring other attributes.

Resident Evil Village has always been a series where Capcom churned out games that are extremely focused on exploration. However, this game probably does it better than most others because most of the objects are not hidden in obscure corners. You can collect pretty much everything if you simply keep your eyes open, and this makes it way more fun. There are handwritten notes strewn about the castles and the village, which point to treasure locations or give you items that can unlock the paths to other treasures. 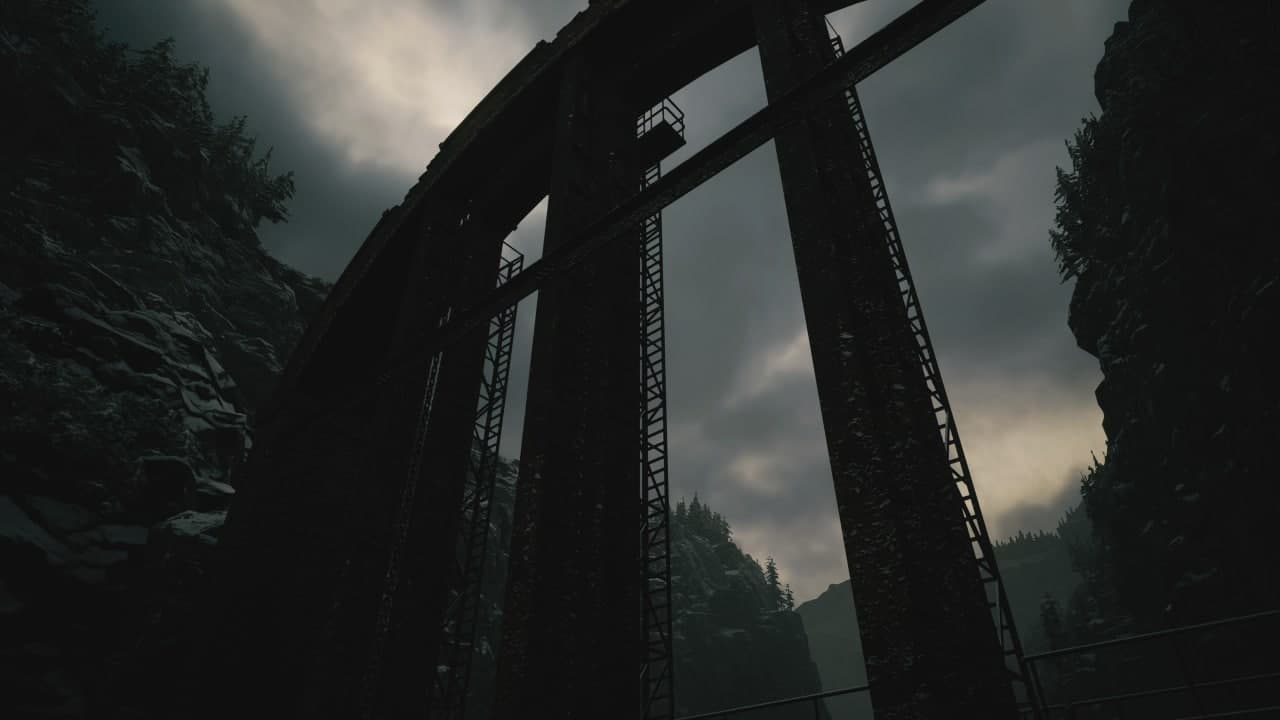 Some areas of the game are there for those who want to take a detour from the story, and those are extremely rewarding as you can get jewels (similar to RE4) which you can trade for a lot of coins, as well as toys and other materials, which, though individually valuable, fetch far more money when all their parts are combined. 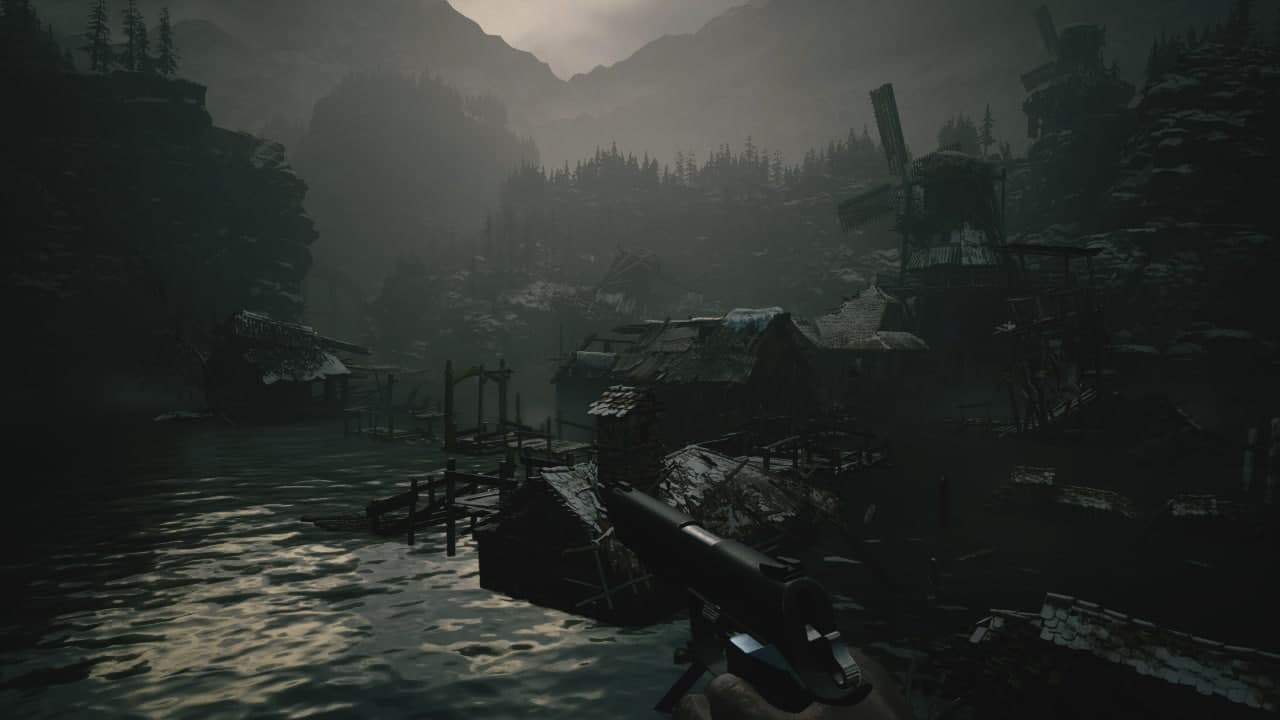 After finishing each boss fight, there are paths that the player can follow to find one new weapon, although those locations are filled with enemies. There are also small puzzles, which require you to find a ball in each location and navigate them through toy labyrinths. These little games are immensely fun and give us a break from the gloomier segments of RE8.

Disclaimer: Thanks to e-xpressgames for sending us a PS5 code for Review

Resident Evil Village has everything that a gamer interested in first-person shooters and story-based games, would ever want. The game has some of the most life-like graphics I have seen so far, a beautiful setting that is picturesque and horrifying in equal aspects, a very well-written story with lots of twists, extremely satisfying combat, and loads of exploration. Bosses and mini-bosses feel alive as each of them expresses themselves differently and draws you into fights which are each unique in their own way. Chock-full of puzzles, lots of variations in the setting, an amazing plot and the way Capcom has managed to fit their latest addition in a Transylvanian setting shrouded in myths and monsters make Resident Evil: Village an unforgettable, must-play experience.

NieR Replicant PS5 Review: A Remaster That Thrives In Repetition