NieR Replicant PS5 Review: A Remaster That Thrives In Repetition

NieR Replicant was supposed to be this gorgeous remaster of the predecessor for Nier Automata, a game that to this day wows us even after multiple playthroughs.

Let’s see how Square Enix fared in reality though, with this rendition of the popular JRPG series.

The story of NieR Replicant takes place in a seemingly post-apocalyptic world, where humanity is living in settlements that often face attacks from monsters known as Shades. In one of these villages, our protagonist takes upon himself a mission to save his sister, Yona, who is afflicted by a strange illness known as the Black Scrawl. The cure is yet unknown, and as his sister’s disease worsens day after day, he decides to leave the village and hunt for a way to stop the disease from progressing.

The story of NieR Replicant starts off slow and maintains its pace throughout the game. It’s not till the very end that it gets somewhat better, but for the majority of the 20 hours journey, it’s a slog. The game has a handful of areas, and you keep traveling back and forth between them till you simply can’t take the repetition anymore. I was joined by a few companions and the story often took tragic turns, but the almost complete lack of character development made me feel devoid of emotions. At some points, the narration amused me, as my feelings were mirrored by the protagonist, who remains completely unaffected by major events in the story, thus worsening the playthrough experience. 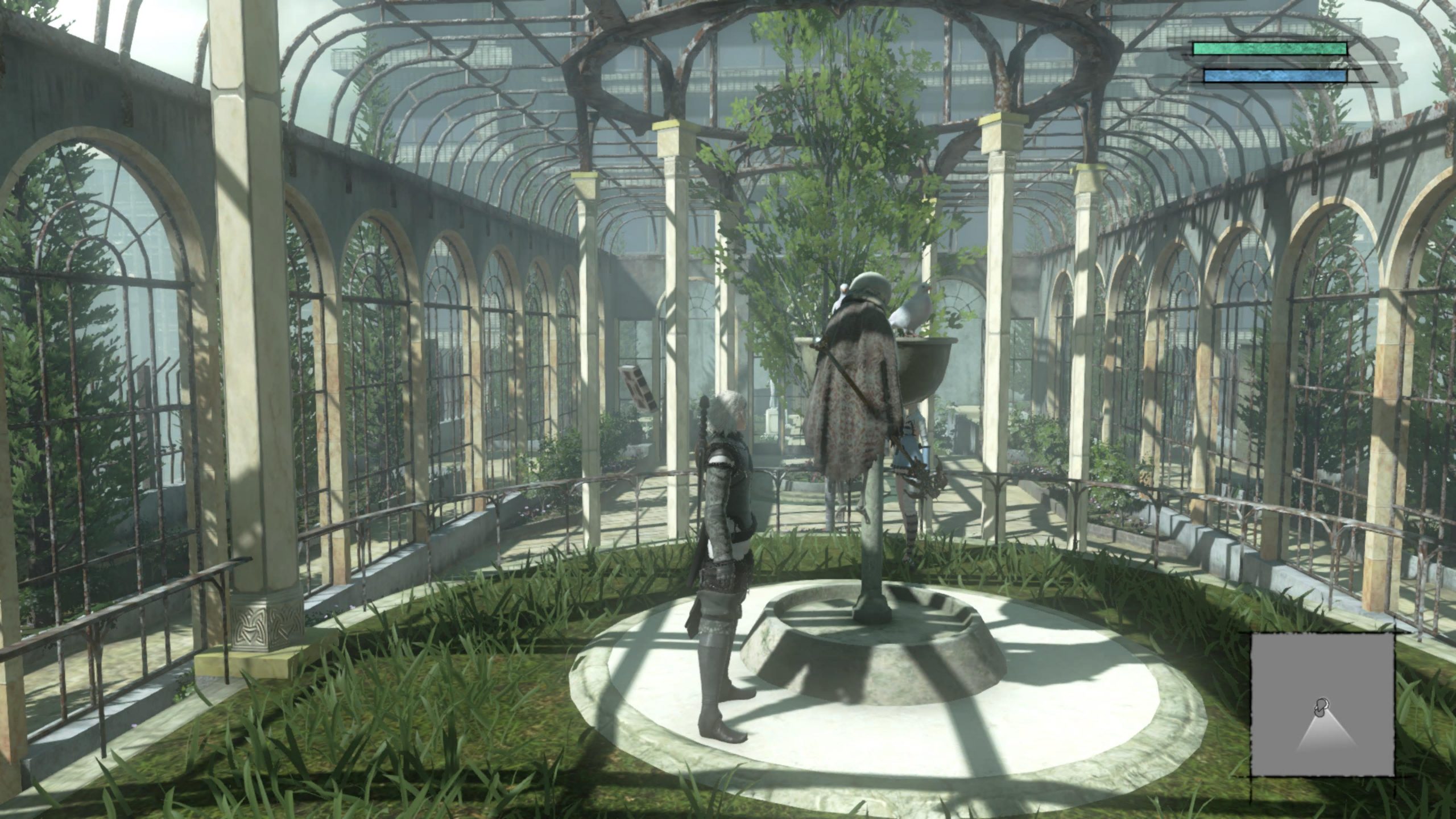 Side quests are plentiful. But if there’s an example of go-fetch side quests, this is the biggest one. I started off with fetching meat, then eggs then pulse till I dropped the entire wish of playing through them. A few hours later, I tried them a second time, only to abandon them all when it became too much of Grocery-Simulator. Thankfully, the gameplay helped a lot to get through my playthrough.

The combat is fast and fluid, and it’s probably one of the best things about the game. The variety of weapons, the blood, and gore-splattered action is made even more fun by the use of magic. The protagonist comes in contact with a magical book called Grimoire Weiss who lends him his powers for the majority of the playthrough. Lots of different abilities – spears that impale your enemies, magical orbs that fire like bullets, AoE attacks, shields as well as many others make the combat extremely fun. My companions were also extremely helpful and they kept dealing significant damage to the enemy, unlike AI in a lot of other games. 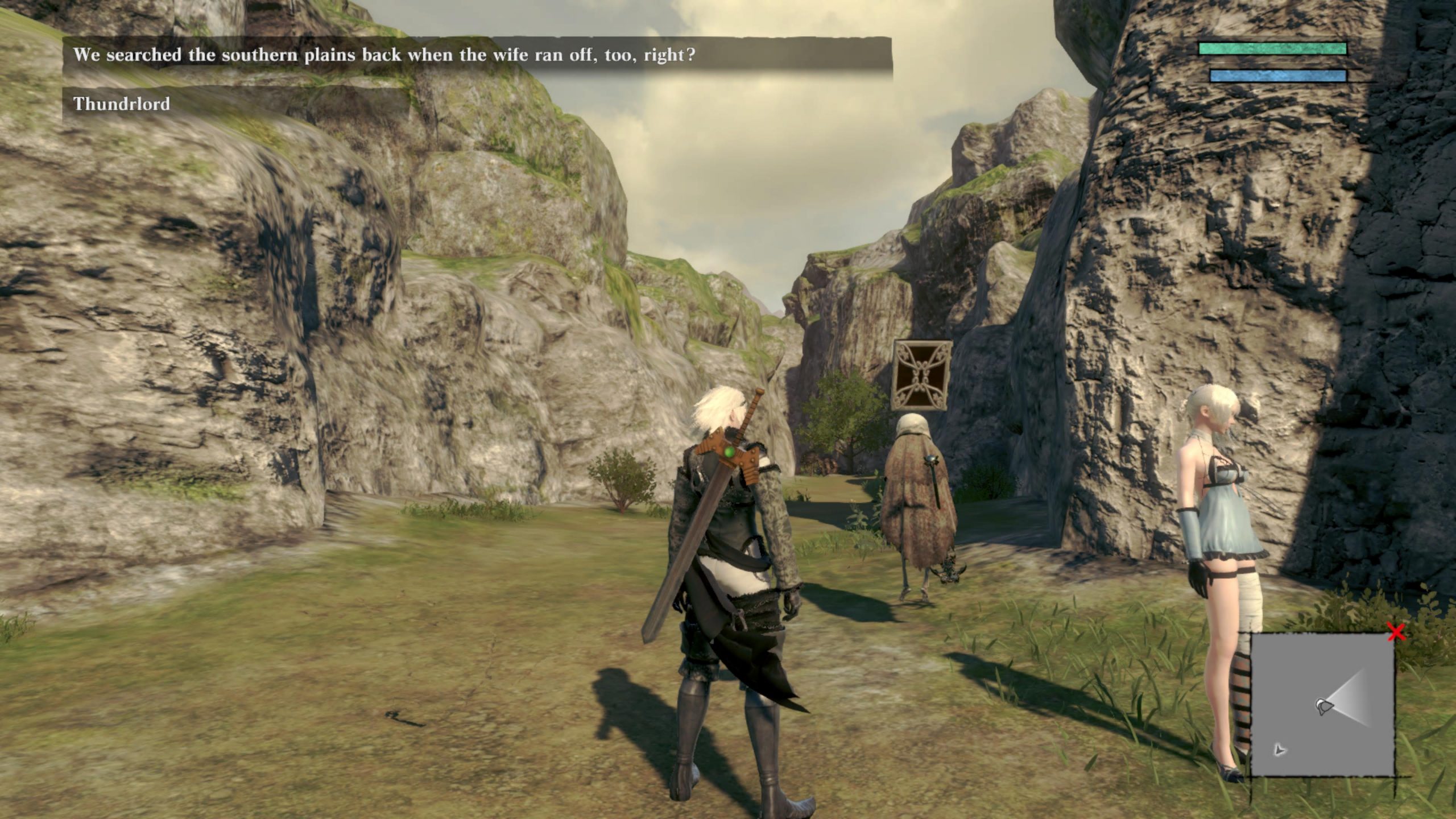 However, as mentioned before, most of the game takes place in 5 areas that you keep moving in for the entire game.

This makes it extremely frustrating, as you might face yourself climbing a huge spire or wading through waves of enemies in an abandoned factory for multiple times in one playthrough, fighting the same enemies, just to face a different boss, or complete a different objective.

The first half of the game is marred by the complete absence of fast travel, which doesn’t allow full access to all locations in the latter half. Sure, the game does throw some boars and other creatures you can ride to avoid the jog through the country, but it’s mostly you looping about in the same small map, for hours on end. I get that it is a remaster of a 2010 game, but the extreme levels of repetition make it too taxing to play it for a single playthrough, and multiple playthroughs feel simply punishing, especially due to the very few enemy variants in each area. 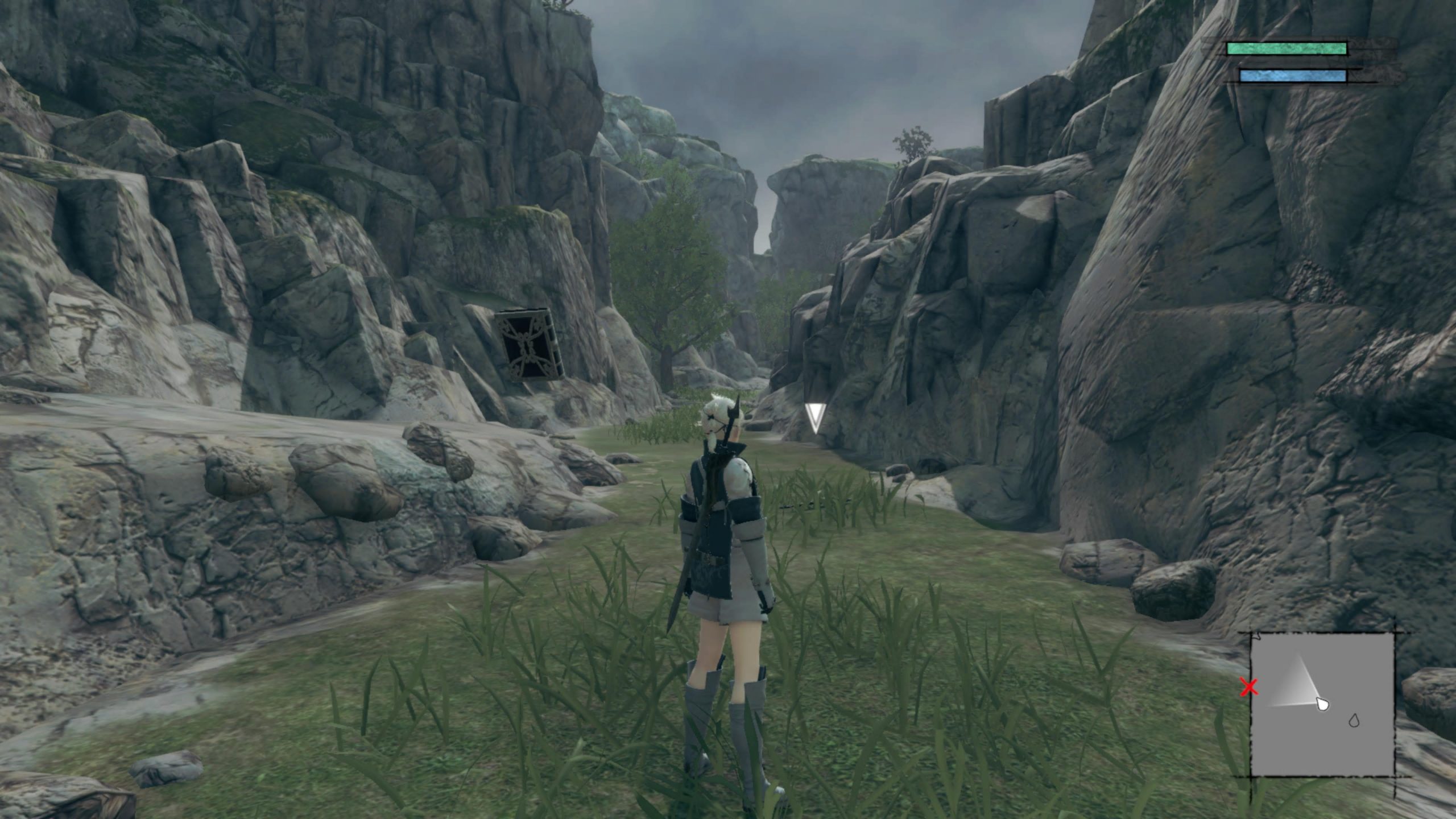 If the combat was one of the good things about the game, boss fights are the other. The game has extremely good boss fights and while most of them are pretty easy to beat, the sheer variability makes you keep looking forward to the different encounters. Some of them require you to use magic, some require swords, others are multistage boss fights where the enemy keeps evolving. 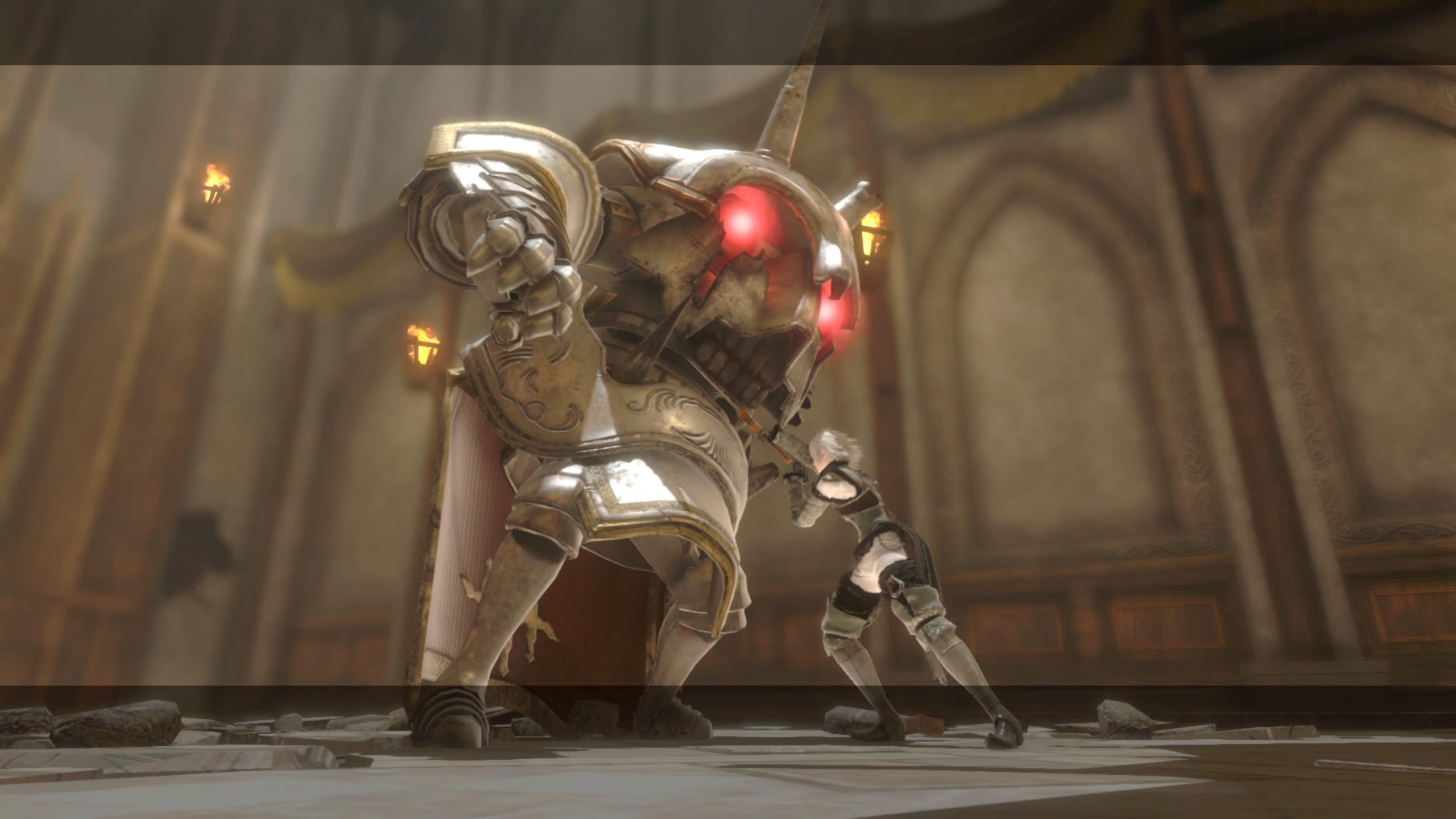 The gameplay also has a bit of variation where sometimes, it changes to a text-based game where you solve puzzles, and occasionally a top-down or a side scroller format where you work your way through a maze of dilapidated buildings. This helps to augment the gameplay experience to some extent. 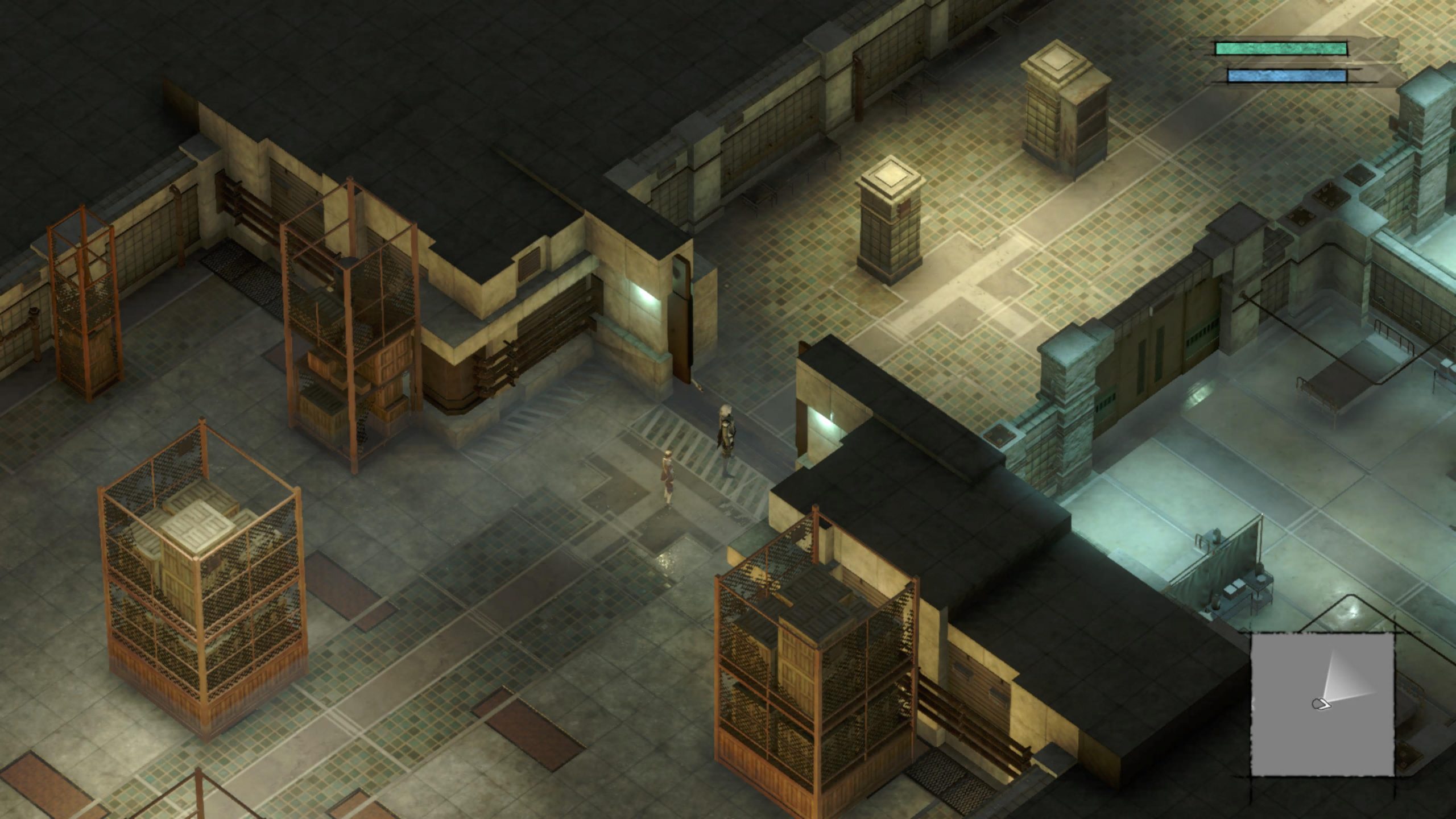 The graphics are another major issue for Replicant. While it is a remaster, it still looks like a PS3 game, and it’s frankly taxation on your eyes if you have your console plugged into a larger screen. That being said, the game does show variation between its different areas such as forests, scrapyards, cities, villages, and beaches which is nice. 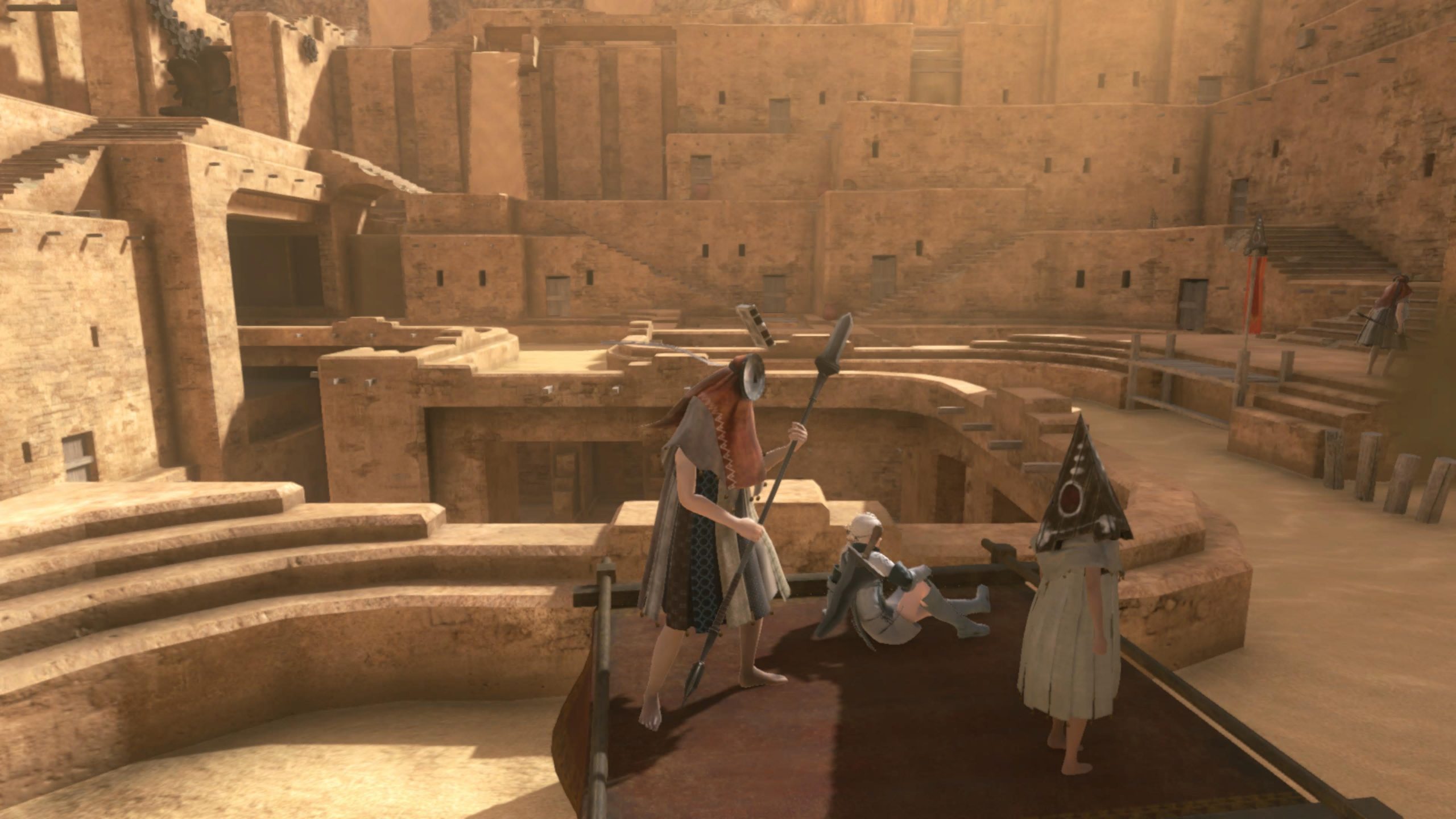 The game has a beautiful soundtrack and the music changes from haunting to fast-paced depending on the activity. But again, I had to turn my music volume down after a couple of hours because each area has the same tune playing again and again for the majority of the gameplay, till it becomes absolutely maddening. Thankfully, the boss fights are accompanied by vibrant soundtracks which help to keep the adrenaline pumping.

The game performs really well on a PS5 with a constant 60FPS, which is no wonder considering the quality of the graphics and the fact that it is a remaster.

However, a 4K update would have been great, especially for next-gen consoles.

The game offers little in the way of character customization. Level-ups unlock different magical abilities and restore your health, which is particularly useful when you are in the middle of a fight, but that’s about it. 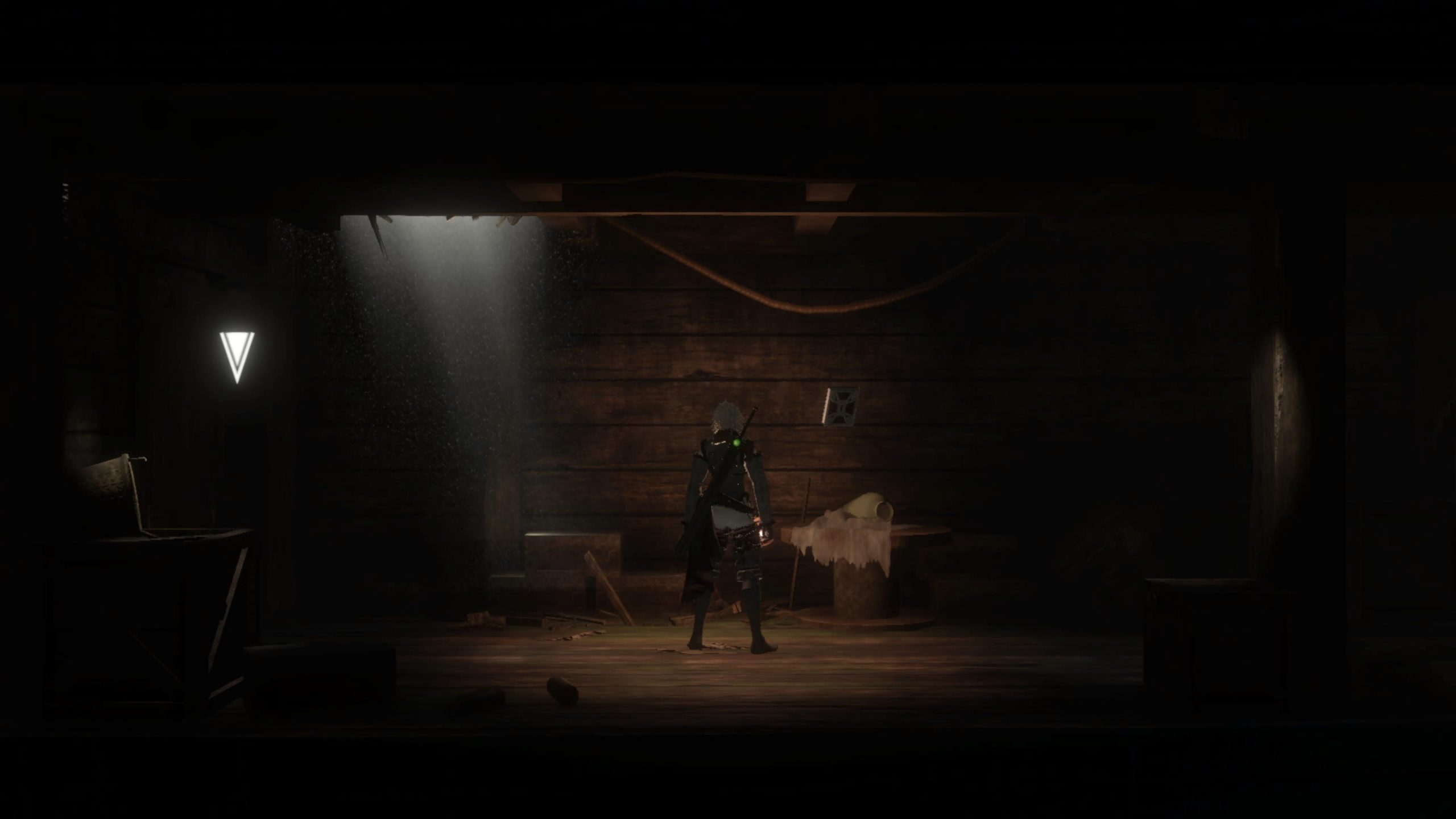 The game offers five playthroughs, one more than the original game on PS3. I managed to play up to twice, and the second time offered some backstory to one of my companions as well as filled a lot of the gaps left in the first playthrough since I could now understand the language of the shades through the narration. However, in spite of the differences, it was extremely tough to play the game for a second time, and I am seriously considering going through it, even more, to get the five playthroughs. 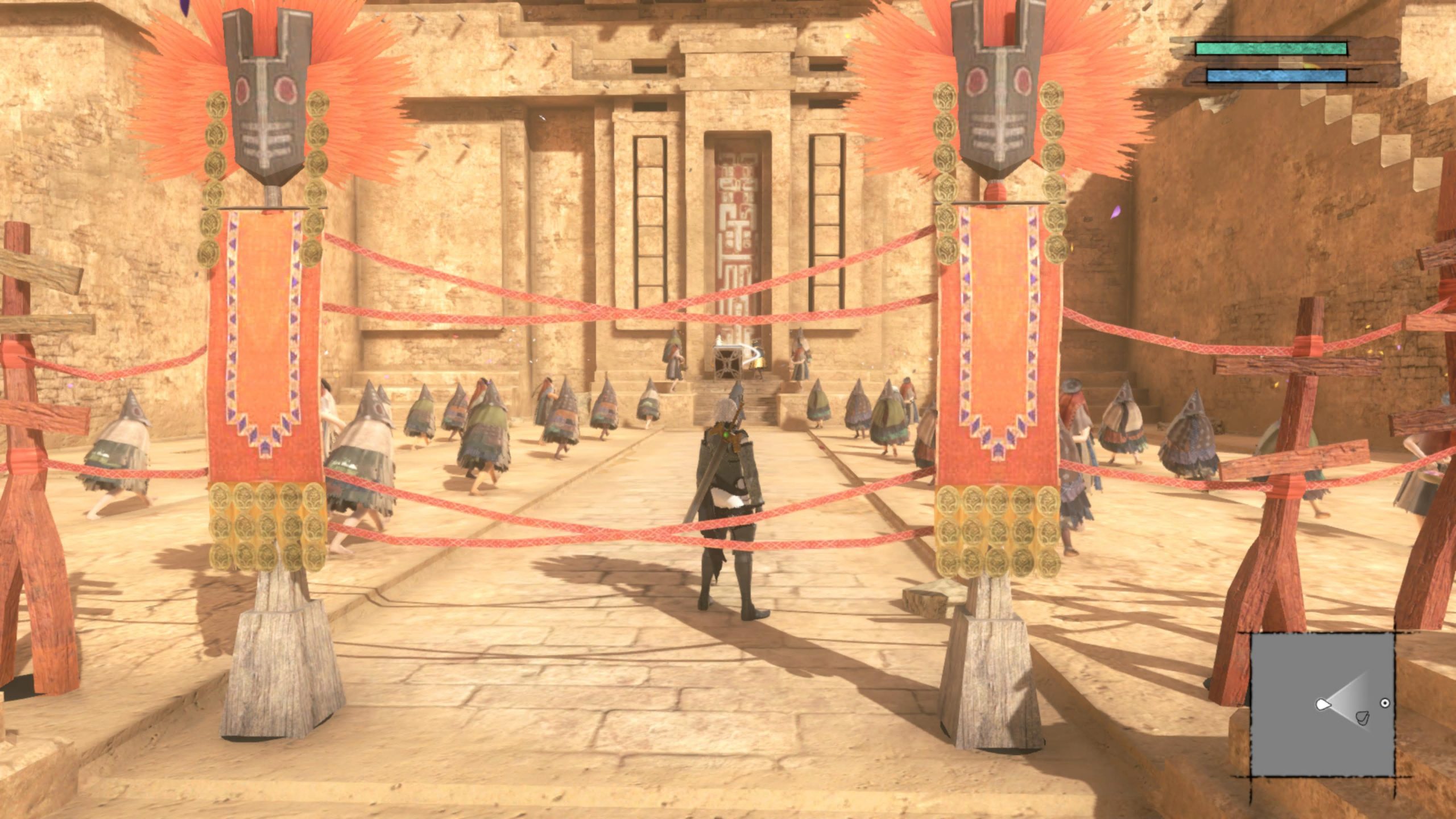 Nier Replicant brings forward a tale of siblings, that, for its 20 hours span, shows the undying love and affection an older brother feels for his little sister. Unfortunately, there is little in terms of character development and plot till the end, where things get intriguing. A dynamic combat system coupled with interesting boss fights do help to make a rather dull playthrough more enjoyable, but there is only so much that can be done. It is true that the original game was from a decade earlier when gaming was vastly different, but the poor graphics combined with the wearisome quests make Nier Replicant a game that did not prove to be an enjoyable experience.

Returnal PS5 Review- Unforgiving Yet A Beautiful And Fun Roguelike