The Original Mafia game came out in 2002 and was highly praised as one of the best crime-based action games ever made. Jump into 2020, and we finally have a remake build from the ground up of the cult-classic by developer 2K Games.

Mafia: Definitive Edition comes with a lot of changes and is not just Hi-res textures and a couple of weather changes being dumped onto a new game engine to be called as a “Definitive” Experience. It is a fully ground-up remake of the 2002 cult classic. The game’s plot and the gameplay are exactly the same with a couple of new changes along with completely reworked textures, facial animations, and a truly gorgeous environment. The Story has been refined to an extent but the gameplay aspect is far from perfect. 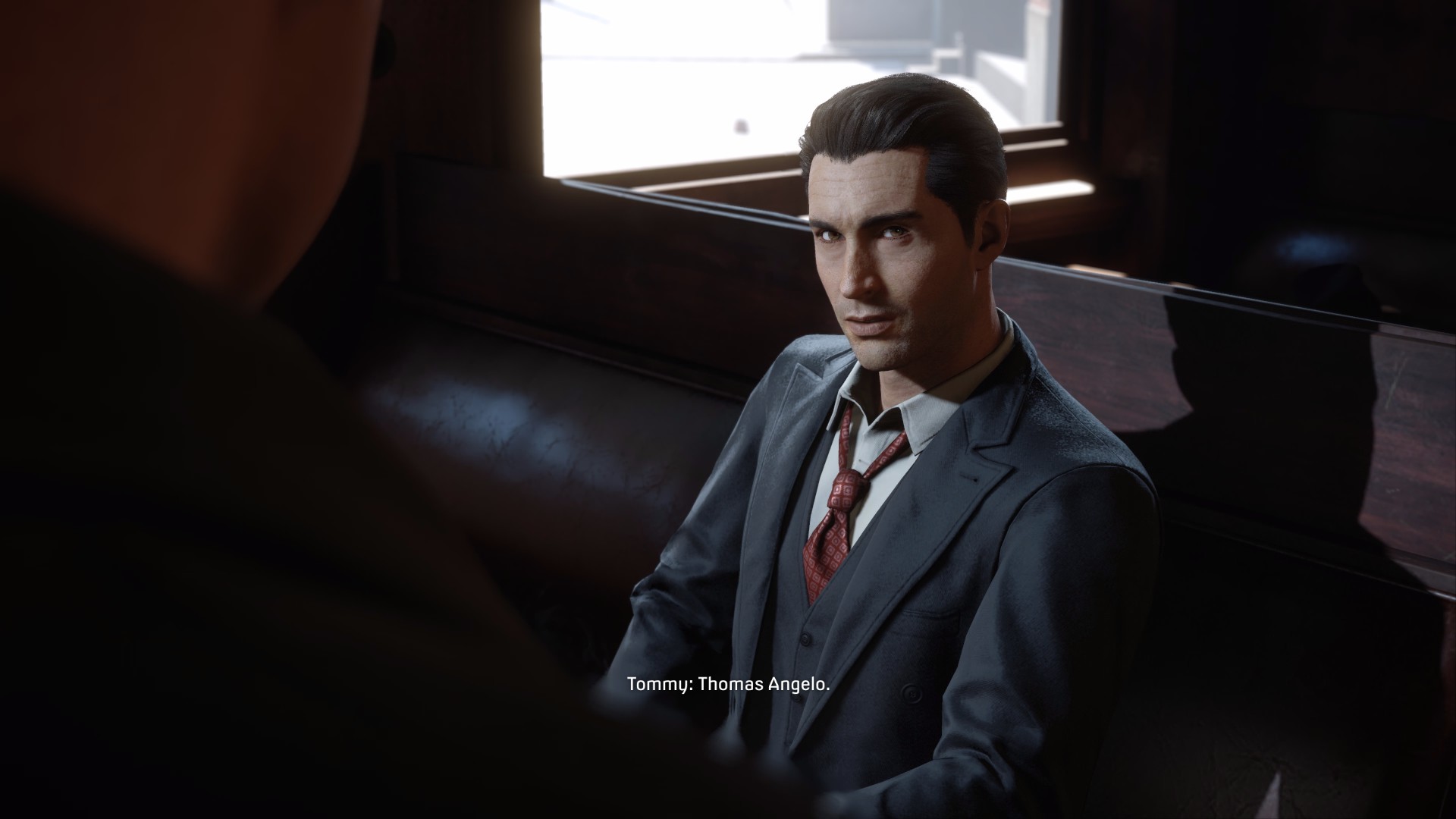 Everything except for the plot has changed. We have a brand-new gameplay experience with rich detailed vehicle and building textures, even the road textures look absolutely detailed and heavily worked on. It looks like a game from 2020 for sure and does a great job at mixing this with its cinematic story-telling cutscenes. Plot-wise, a few things have changed where certain inconsistent storytelling has been filled up which makes it feel complete. 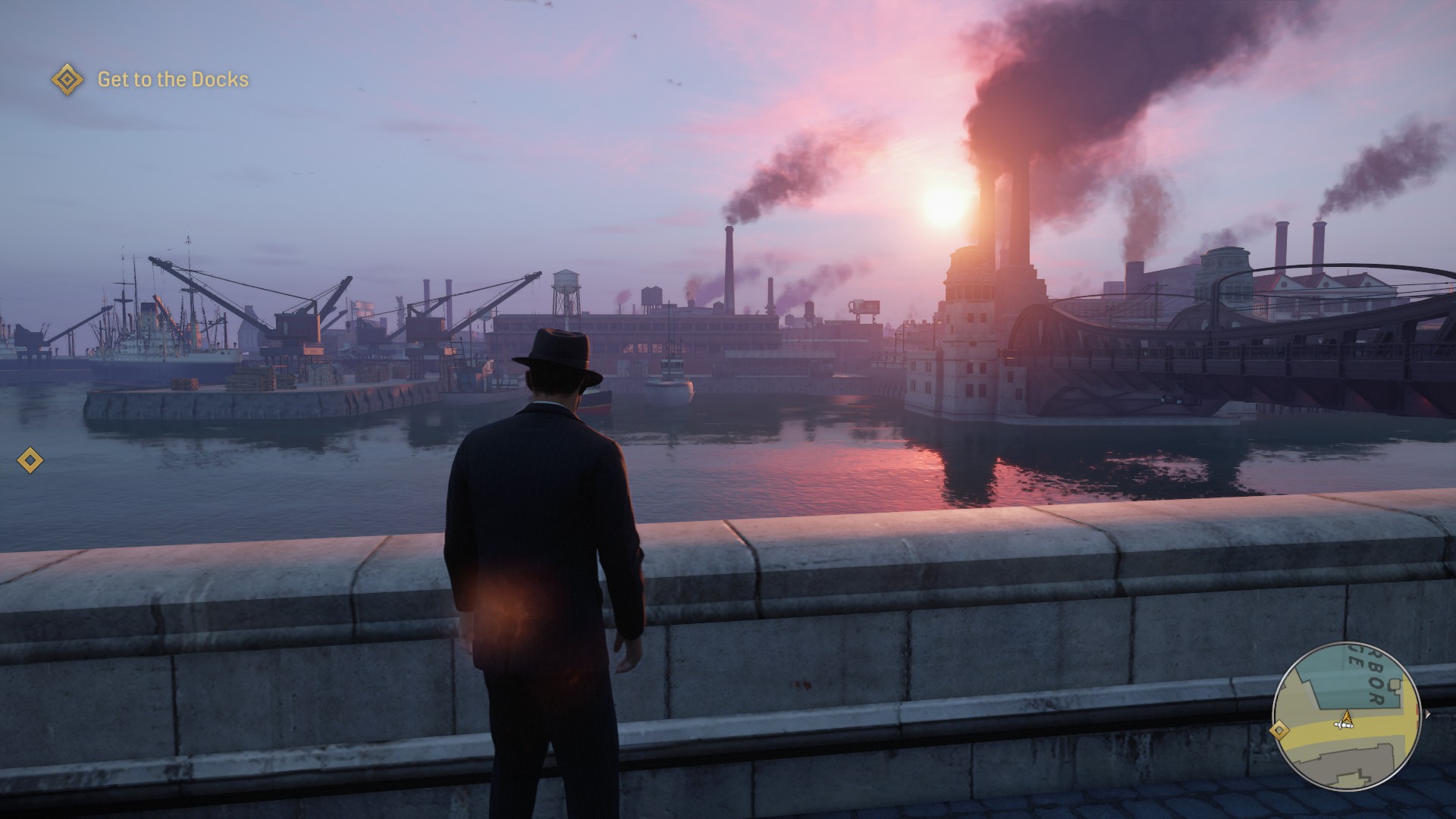 For those who do not remember the plot, you play as Tommy Angelo who is a regular cab driver in the city of Lost Heavens and you follow through his journey on climbing up the Mafia chain. The entire game is a linear experience coupled with some amazing story-telling and cinematic cutscenes. You cannot roam around in this beautifully crafted open-world and is also probably one of the things that I personally did not like. 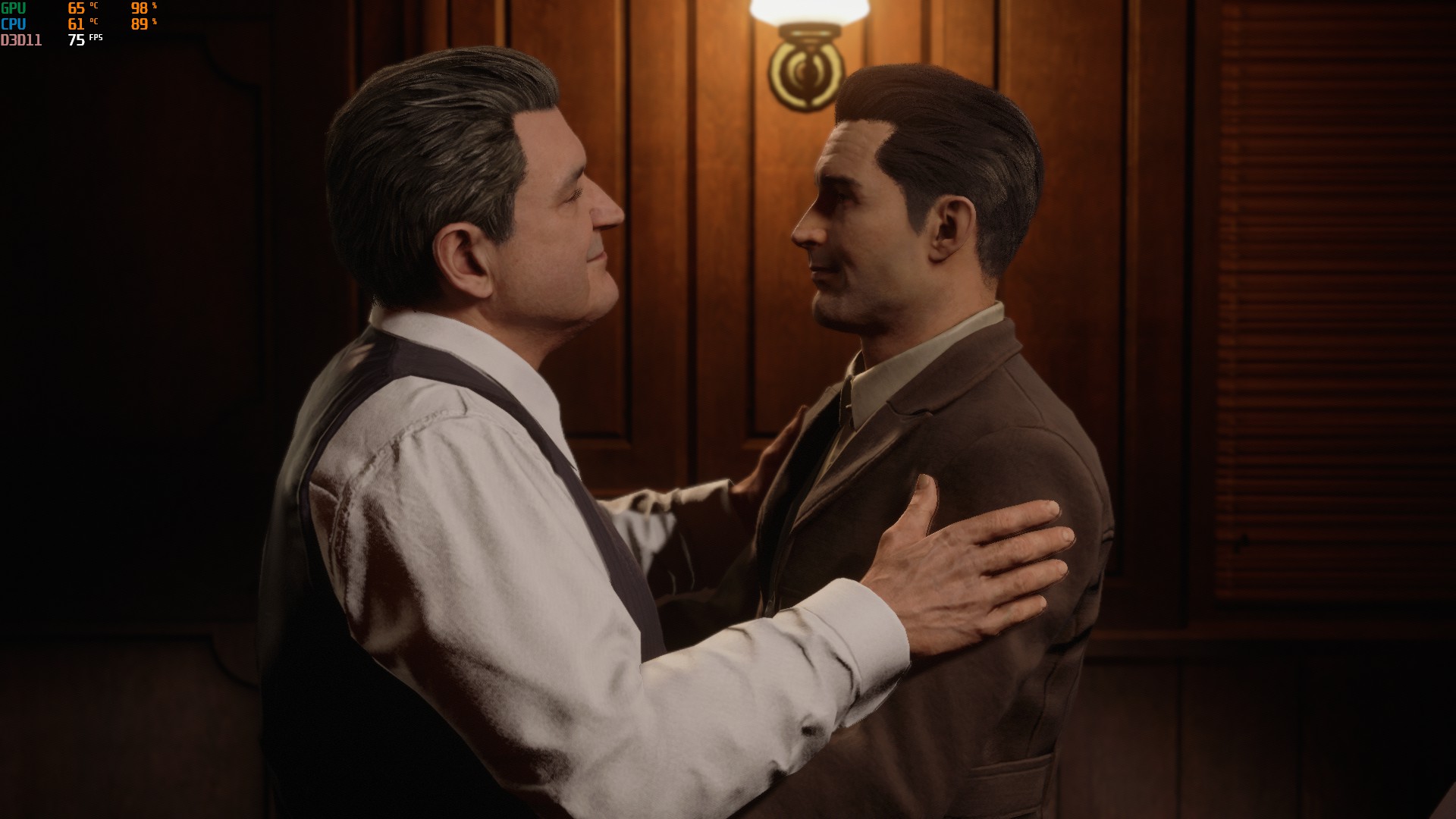 Mafia: Definitive Edition is a mixed bag of cutscenes and brutal action mixed with you riding around the beautiful city and finishing up your missions. Each and every chapter shows Tommy’s build-up and his rise into the crime chain and makes you, the player, feel for Tommy at one point in time. The characters from start to finish are very detailed in their structure along with some of the best voice narrators of all time which breathes life into the characters. 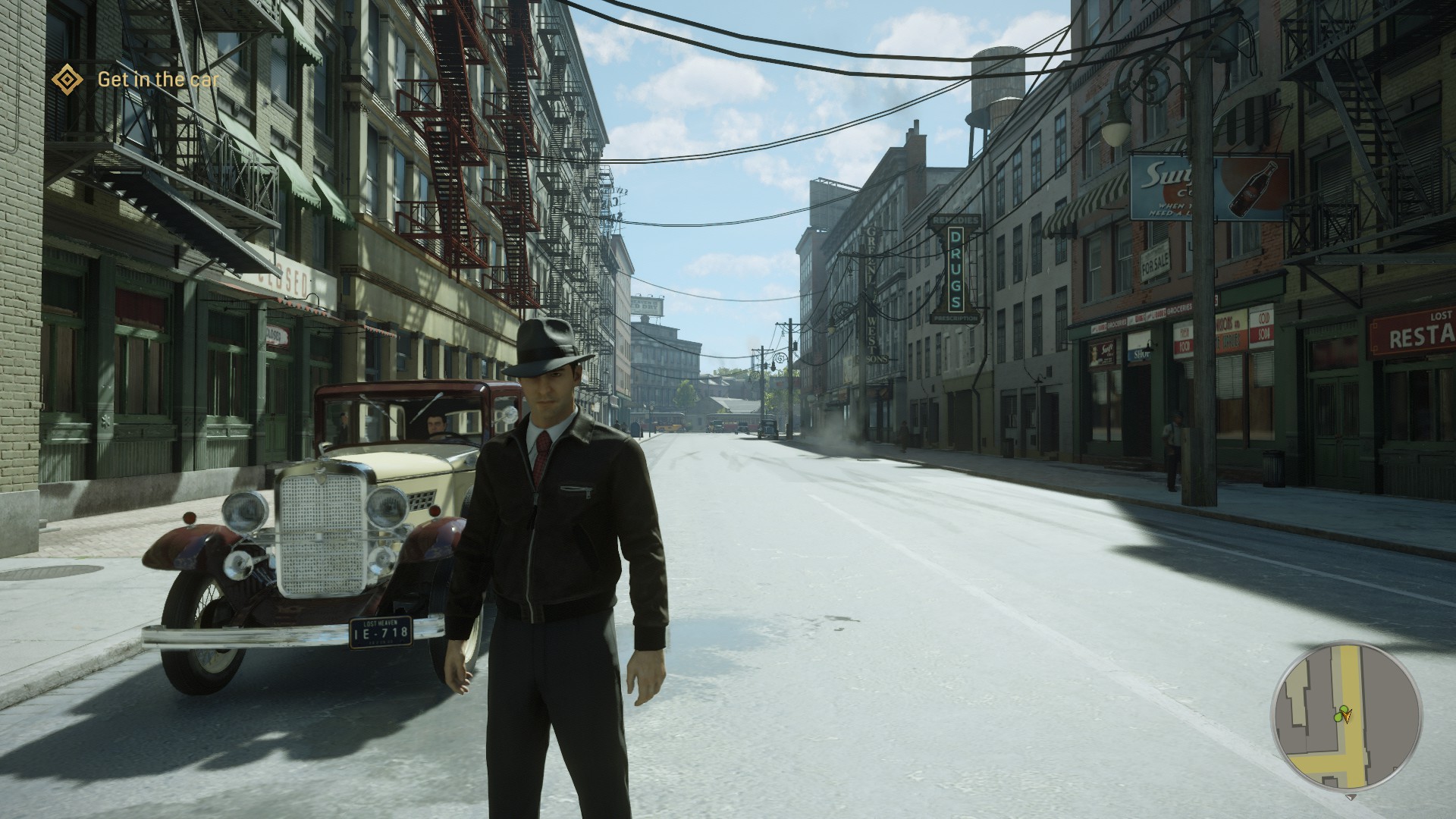 During your missions, you will find a lot of interactive elements like certain magazines, health, and ammo pickup behind walls and in small rooms. The whole world looks detailed, from the vehicles to the buildings and even the characters, they all look lively and the world looks lived in as well. It does not look generic by today’s standards and takes you back to the good old days, if you are being nostalgic, to the OG Mafia game where it all started. 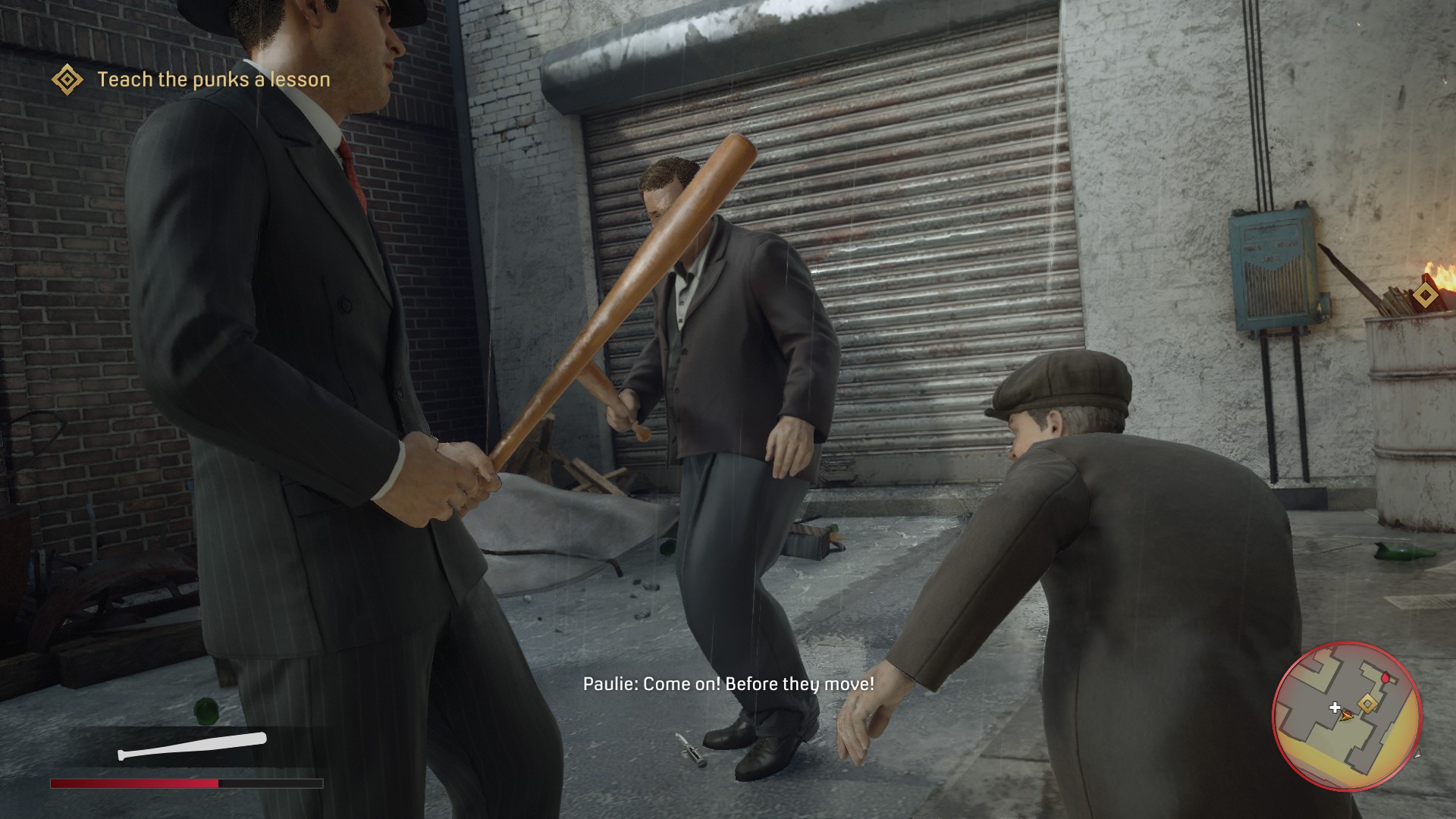 Speaking of gameplay, there are certain problems like the jagged controls which becomes an imminent threat while you are shooting up some mobs in between missions. The lack of side missions is another great example of what is wrong with this beautifully crafted game. There are literally no side missions as I explained at the beginning, that the game is a linear experience. 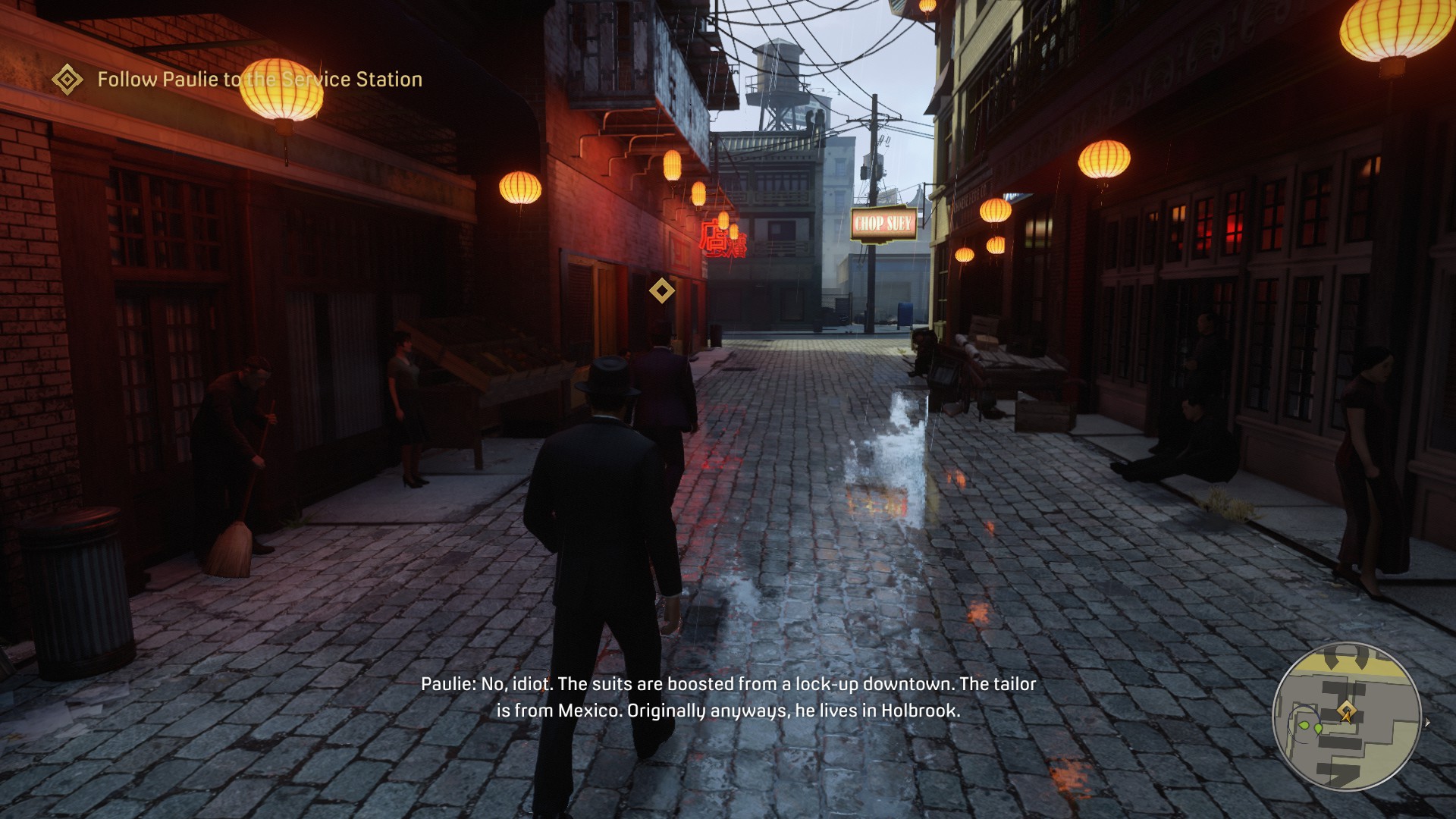 The hit registry is all over the place. Sometimes, you land shots that you shouldn’t have but the ones that you do shoot, do not register properly and you are forced to shoot again. Enemy AI has been reworked as well and they work as intended.

There are cable cars running all over the place alongside some classic vintage models as well. Using them just once gets you to access them in your own garage where they are stored for future use. The game has a “Limiter” option which you can enable and disable as you please in order to not attract cops for speeding in traffic. This comes in handy especially during missions when you are not chasing anyone and simply roaming around the city. 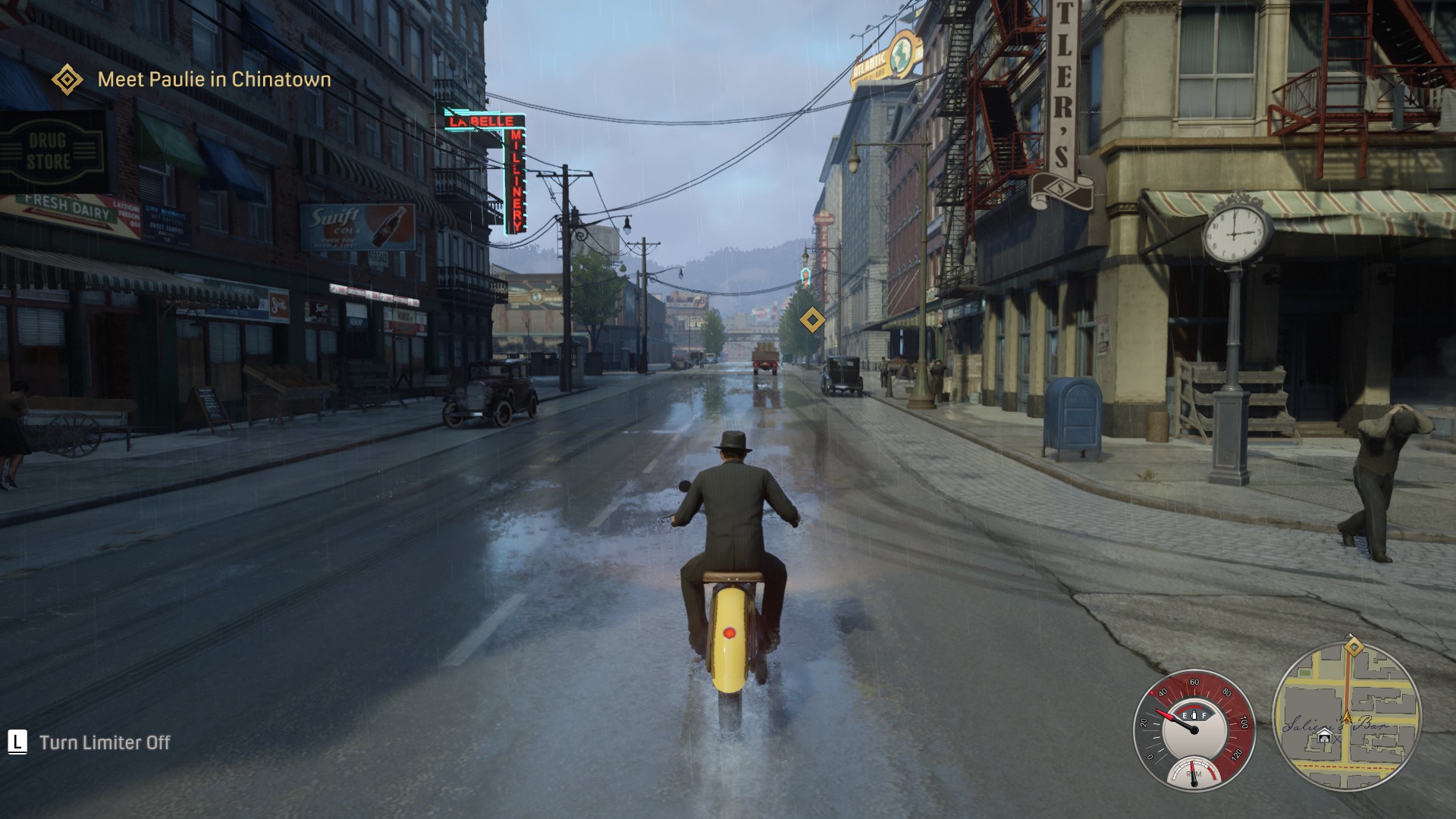 Speaking of guns, there are a limited number of them here. It takes quite a while to reload a weapon and even then, due to the awe-full hitboxes, you are forced to shoot twice, sometimes thrice even while you are trying to go for a headshot. It becomes quite a challenge in the classic difficulty and would require skill and patience to even pass through a level.

It is very easy to get rid of cops while speeding and taking a few key shortcuts will completely avoid detection. However, five stars can get tougher but are still less of a challenge since there were no helicopters during those times to catch you.

2K Games did a good job in settings up certain mood-based missions with proper lighting and effects. Some missions have certain subparts without any loading screens which totally changed the weather effects and lighting around you which complements the mission’s theme. Everything from the china town area to the Neon lights in certain hoardings of stores mixed with rainy weather, just look absolutely breath-taking. 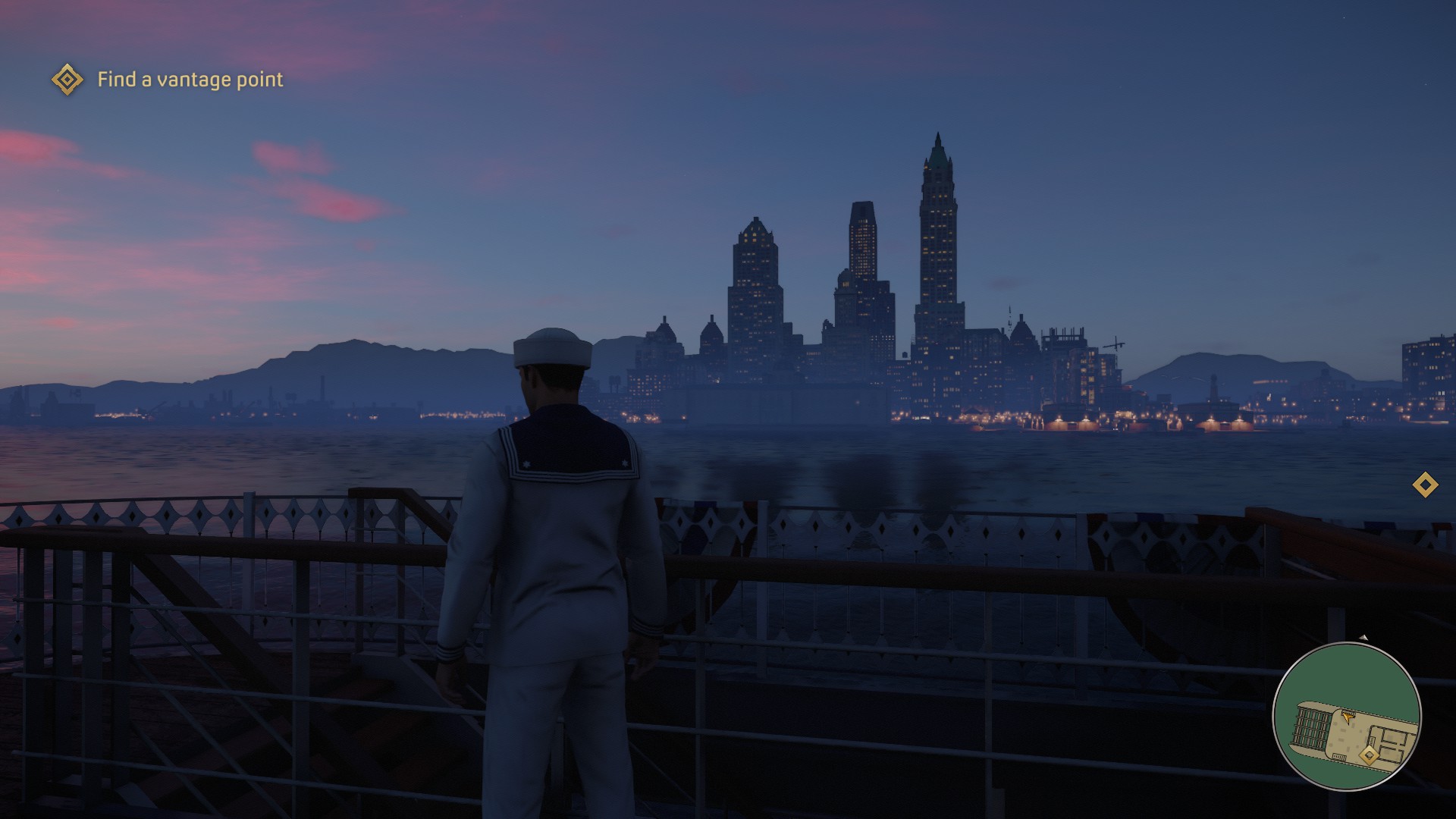 Speaking of audio and sound, 2K has delivered fully on this department as well as I mentioned before with all the cutscene audio, voice narrations, and the radio stations running music from those times amplifies the theme of the game even further.

Overall, Mafia: Definitive Edition, despite its clunky controls and no side-missions is a must-play for everyone including the nostalgic fans of the cult-classic game back from 2002. 2K games have delivered a nicely constructed narrative drive action crime game with beautiful and greatly detailed textures, lighting, weather, and character with proper elements to complement the entire game.