BPM: Bullets Per Minute is made by Awe Interactive and is a rhythm-based Roguelike first-person shooter. It is heavily inspired by retro shooters from the 90s and mostly looks and plays like DOOM.

Within 30 secs of you entering into the game, you will start having fun like its nobody’s business. Every dungeon that gets generated into your game is procedural meaning every time you die, you will play random versions of the dungeon which is generated by the game’s AI itself, just like No Mans Sky. This provides a lot of replayability factor and shows a good investment for those who are purchasing the game early on at a full price.

You start the game with one character, in total there are five characters with their own unique abilities and weaknesses. As you unlock certain levels, you will also unlock the other characters as well. 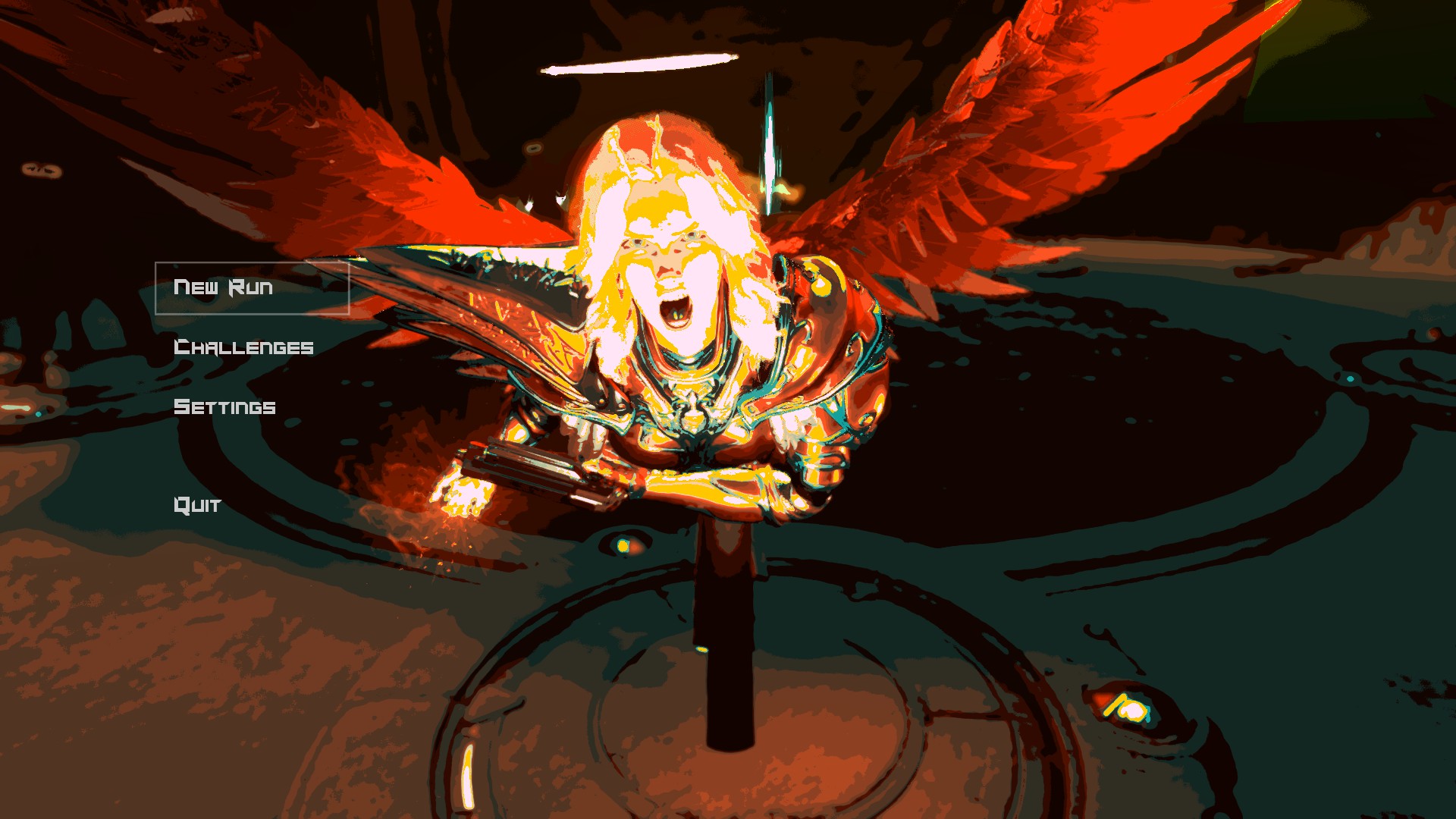 BPM is so fun to play. You can dash, double jump, rocket jump, and even bunny hop as well. The unique take on this game is that you can only shoot when the beat drops to the rhythm. You will not be able to shoot outside of it, the game is heavily dependant on it as well as the enemies and bosses as well. 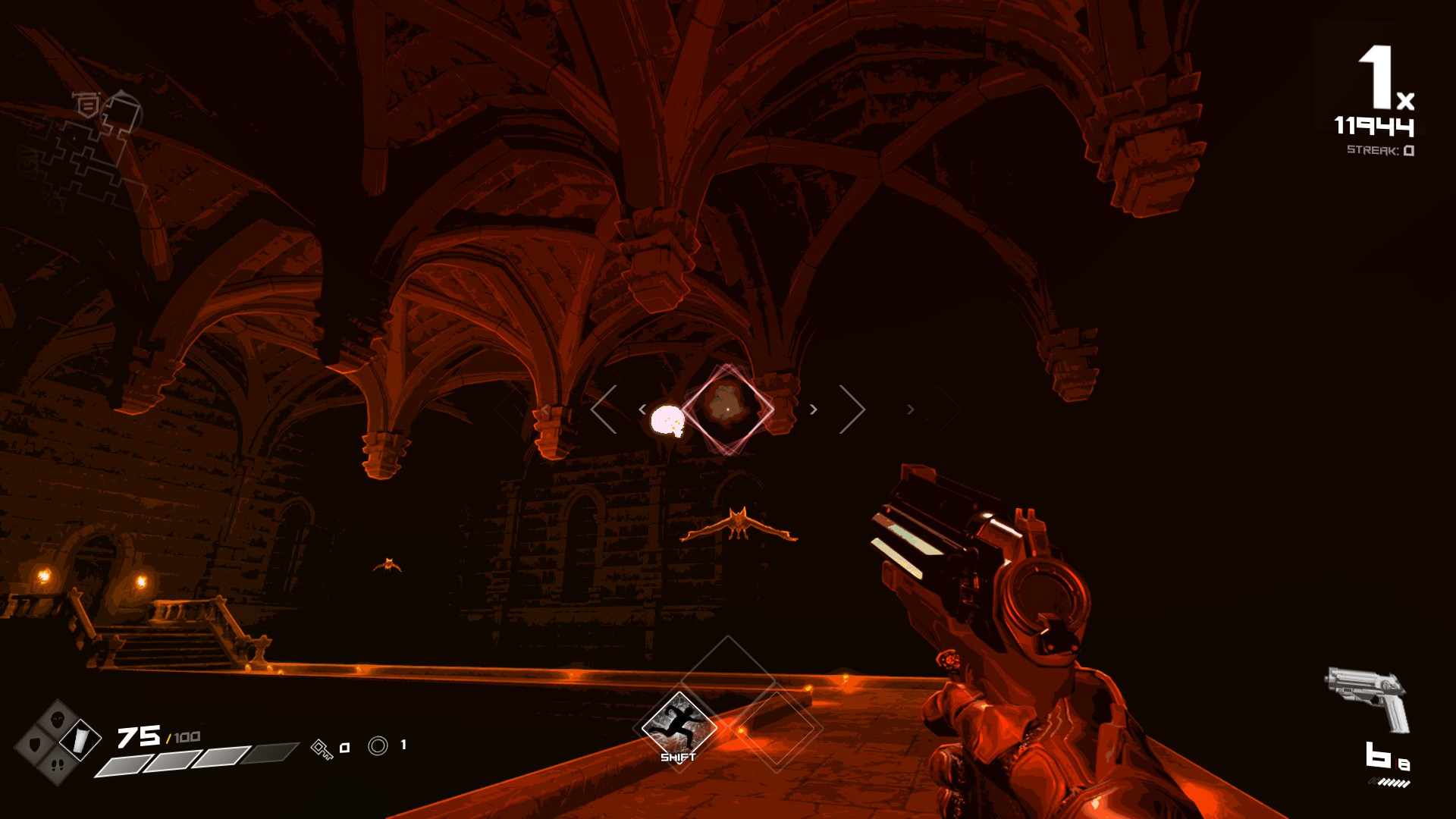 The first two Asgard levels have this reddish tint all over, which some of you may not like or prefer, but I personally got used to it after playing for some time. The color changes to a yellower and neutral tint from the 3rd level which actually looks better than the first two ones and has less strain on your eyes and gives it a bit soothing effect as well.

There is a total of 7 bosses that you have to beat in order to get to the final one. But that is not an easy task. If you die once, which you will countless times as I did, it will restart the game from the very 1st level. Meaning no matter how many levels you have unlocked, if you die, you will have to go through the whole thing once again. 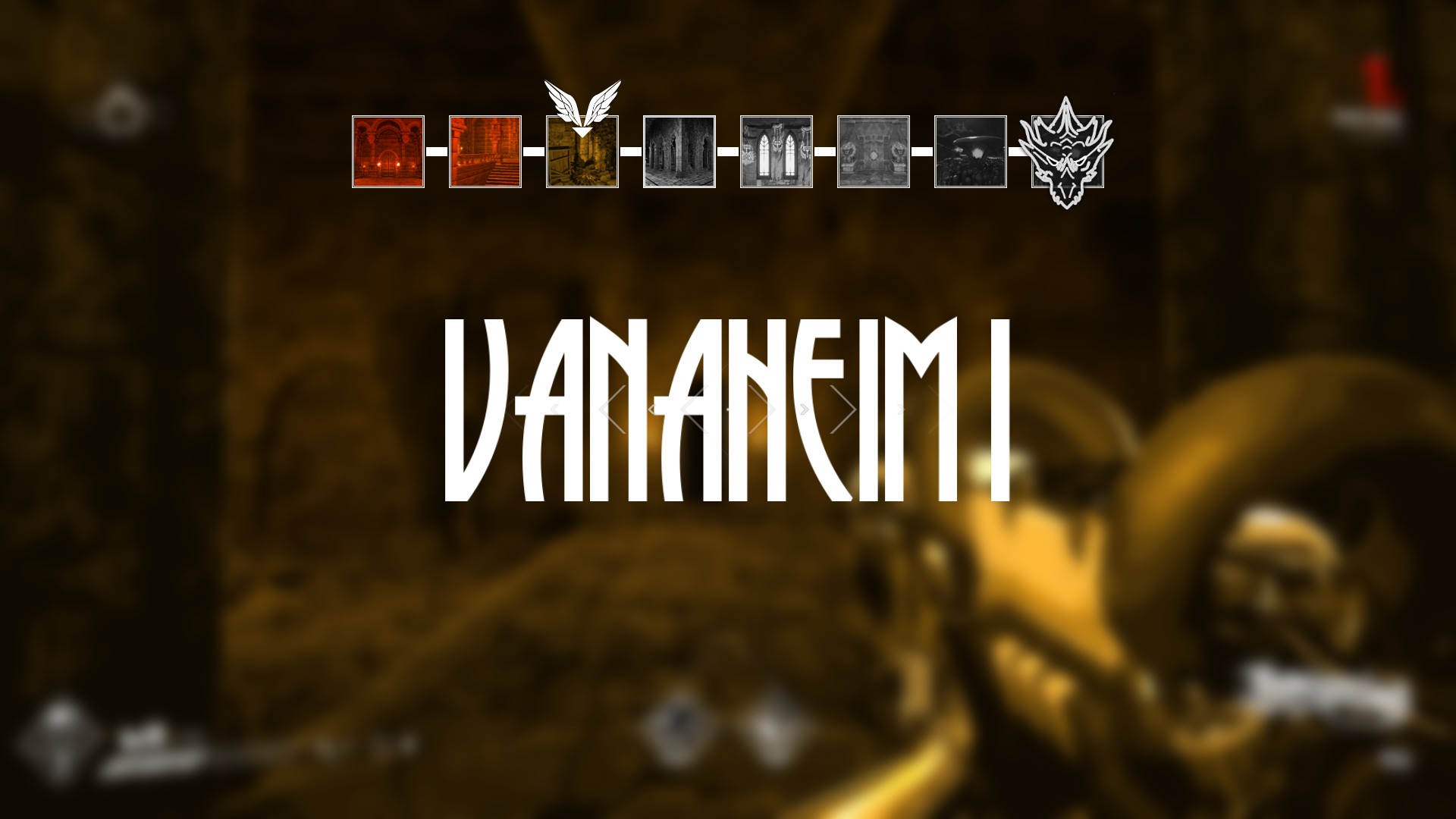 Each and every enemy that you find in the dungeons are mostly similar except for the mini-boss encounters and the main level bosses. Defeating mini-bosses grants a lot of coins and even one key alongside it. There are challenge rooms as well, where you can clear different and random enemy waves in order to get rewards in terms of coins and keys and even weapon mods.

Awe Interactive has already mentioned that they have made this game hard for the hardcore fans of retro shooters to enjoy. But not to worry, as there are plenty of other things that make this journey a bit easier. There are unique abilities and weapons scattered throughout the dungeon. After defeating swarms of enemies, you get coins that you can spend on buying new weapons from the blacksmith or buy health portions or even increase the maximum HP of your character. It is very important for you as a player to properly manage the coins, as they all vanish if you die. 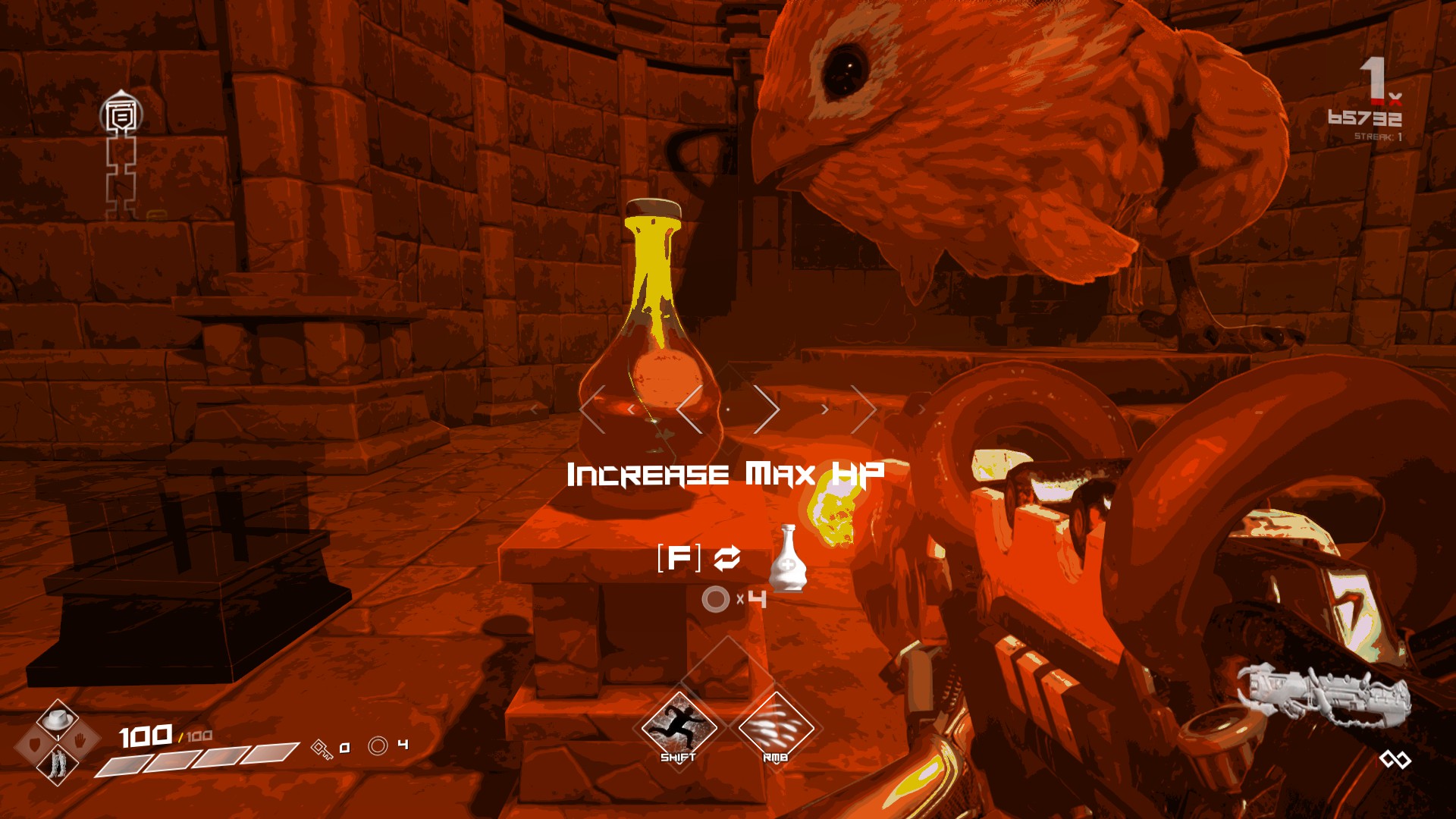 There are banks in the dungeons where you can deposit your extra coins, which you can use in the future, even if you die. Once you respawn, you can go back to the bank and collect those coins as you seem fit. After you clear a room, you will get a chest which will either have a coin or 2 or even have a key inside it and if you are lucky enough, you can receive a weapon mod or even an armor mod of sorts which would further strengthen your character going forward.

There are a lot of player upgrades that you will find along the way, where you can upgrade your weapon amp damage, speed up your character, equip bullet projectiles, or even certain new abilities from the library by unlocking it via a single key. Having keys are as important as having coins. So, make sure, you manage and use them as the best way you can. 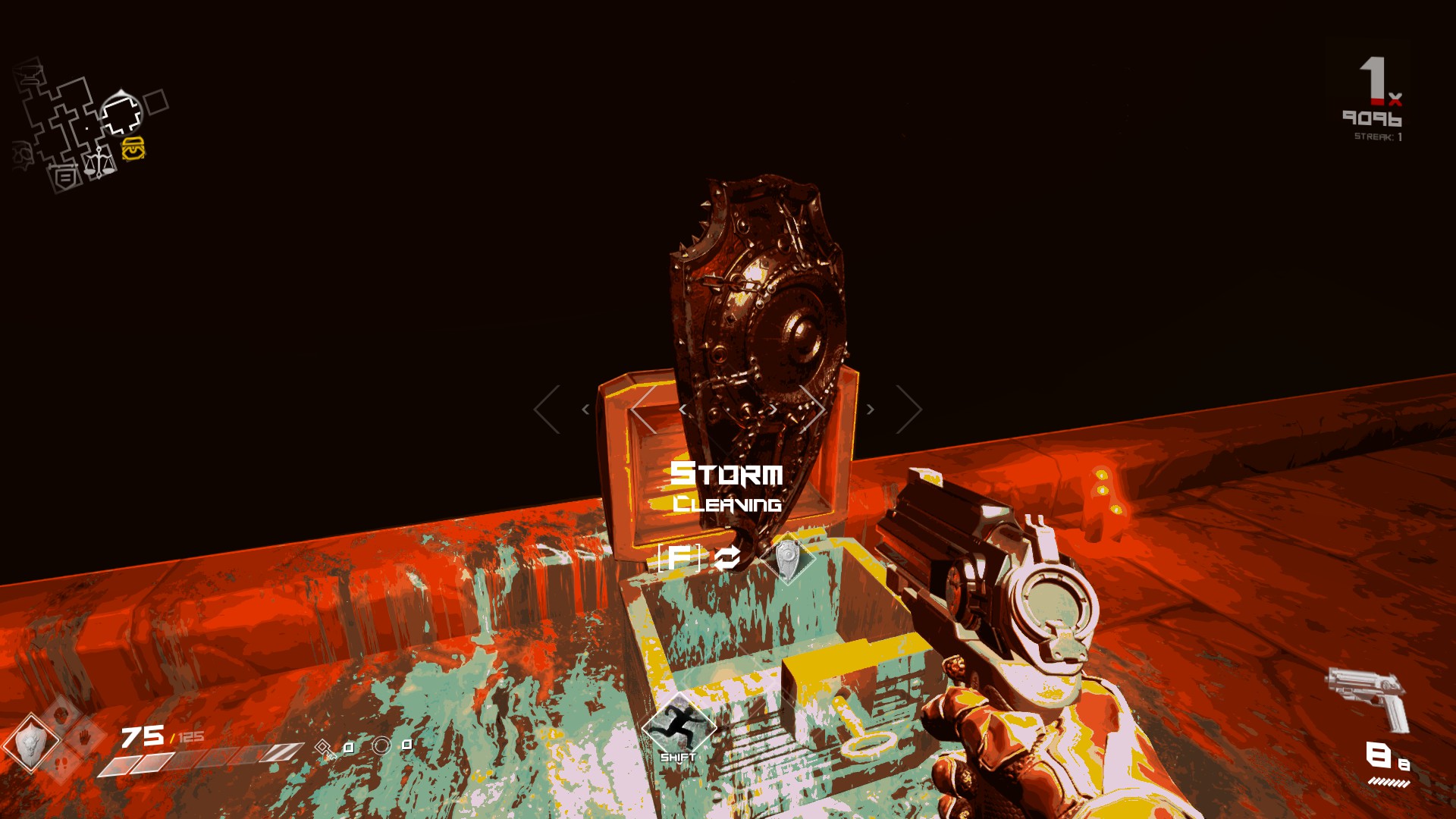 The game balances its hard and unforgiving gameplay by providing different stat characters during the main menu to choose from as well as unlimited ammo from the get-go. The ammo for all weapons is unlimited, you just have to make sure that you reload and shoot by matching the rhythm of the music. This combining with dash and double jump balances out the hard difficulty to an extent, but in the end, you will only survive if you know about the weaknesses of all the enemies and boss battles. 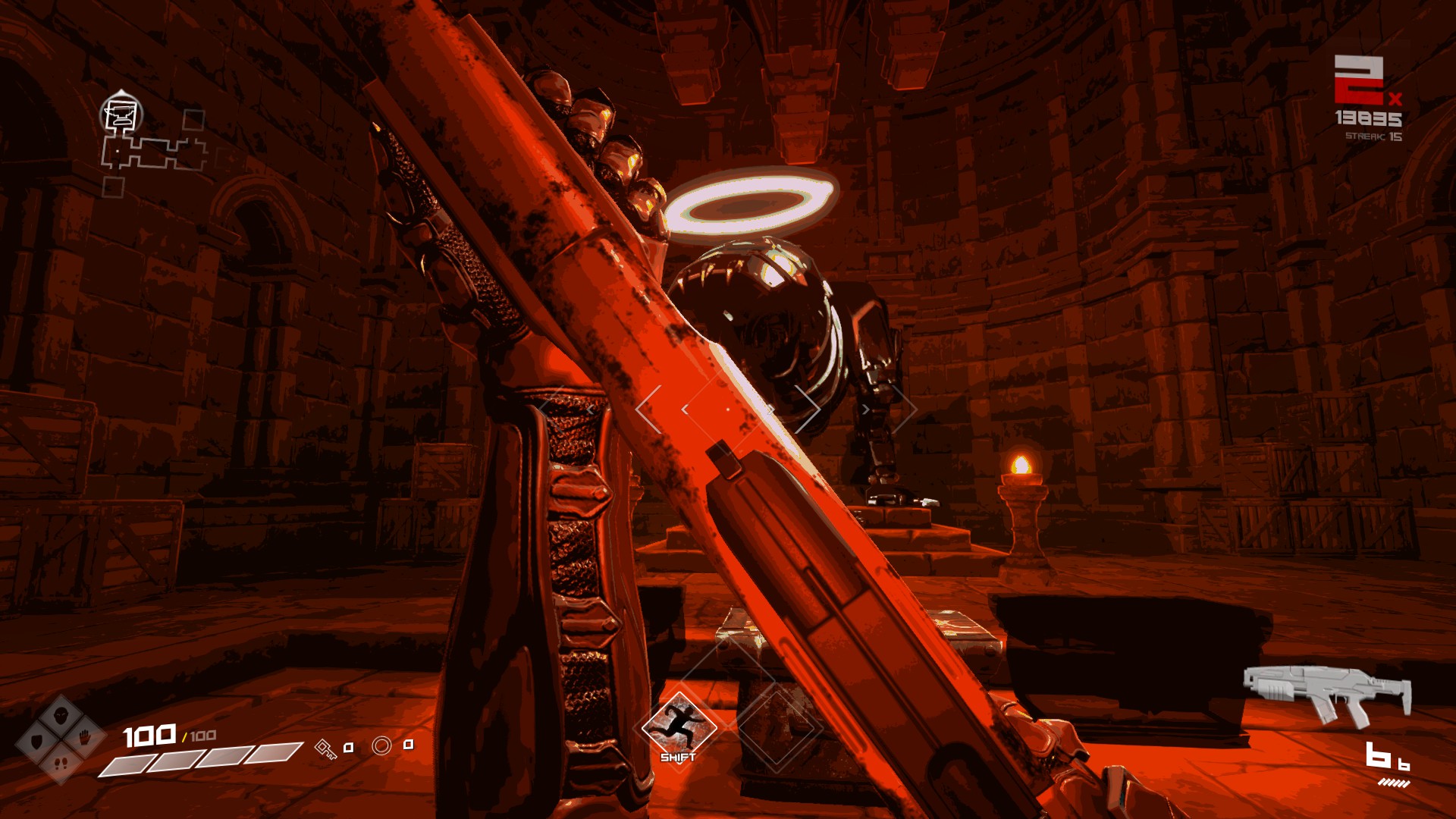 There are lots of weapons to choose from in BPM including a shotgun, SMG, Deagle, and even a Rocket launcher for that matter. Each and every weapon needs to be perfectly aligned with the beat in order to shoot and reload. These weapons can be bought from gunsmith at various prices like 5 coins or 15 coins depending on which weapon you want to buy. Blacksmith, library, and health dungeons spawn at different locations every time you die, so remembering them would do you any good.

In the library, you would find certain spells which are also unlimited in use and can be triggered by clicking the right mouse button. These spells are very powerful and provide an upper hand while dealing with a massive horde of enemies on screen or even in boss fights. 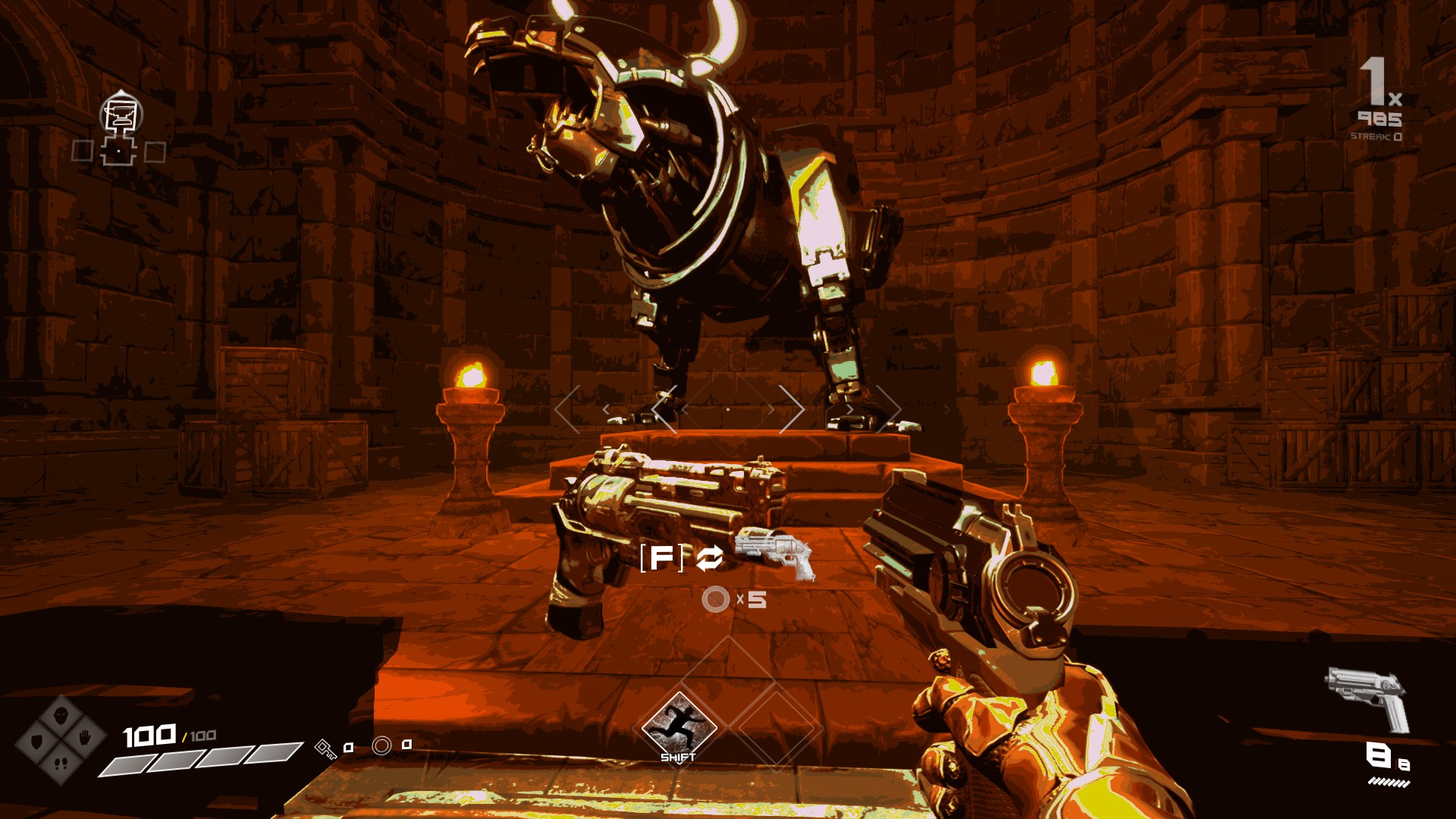 The game performs really well, it has an unlocked framerate option, as well as 144fps, locked options as well for those like me with 144hz displays. There are a lot of options including FOV, AA, Resolution Scale, and post-processing as well. BPM ran fine on the epic setting at well above 80-100 fps for most of the time, even while fighting hordes of enemies, I had no trouble with frame drops. 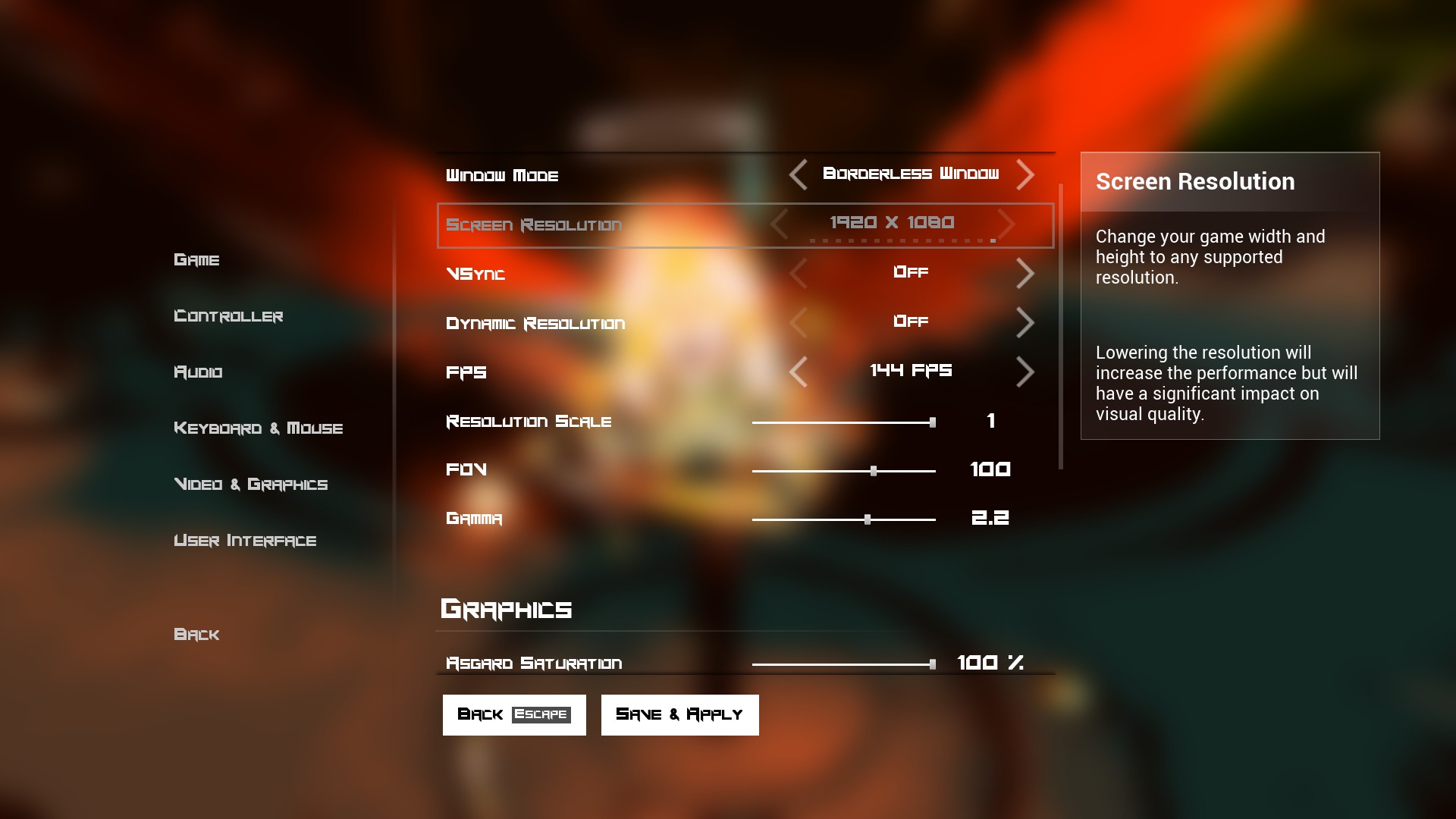 Graphically speaking, there isn’t much to say here about BPM due to the fact that there are red and yellow and other specific tints on top every 2 levels which represent the theme of the dungeon. The detailing on the dungeons, character’s hands as well as in the weapons are done really well. Each and every weapon feel unique in the hands with their own shooting mechanics. The hit registry does a good job with every weapon having its own range to avoid any kind of abuse done by the players. The longer-range can also be upgraded using the small wells/ponds found in certain dungeon levels. 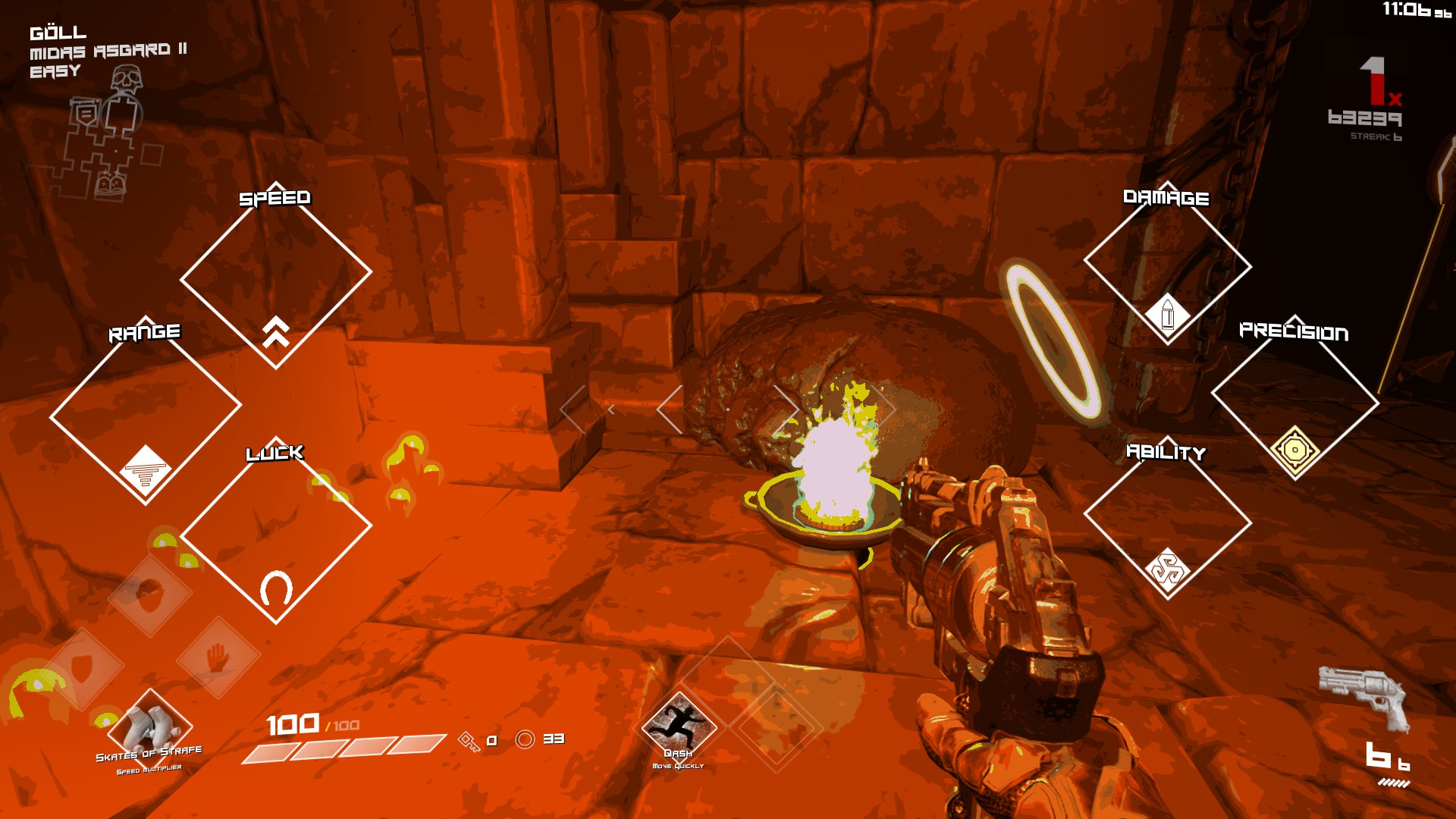 Each and every level has its own soundtrack which keeps looping over and over again. The theme of it is a death metal-inspired EDM soundtrack which helps in aligning the player’s crosshair to the shooting mechanics. Within moments of firing up the game, you will start banging your head and start shooting up enemies like it was no one’s business. This is certainly the best part of the game and what makes BPM what is it.

If you want to see some gameplay of this, head over to our friend’s channel at DontGetBusted by clicking – HERE

P.S – Thanks to Renaissance PR and AWE Interactive for providing a review key for this game to us.

All in all, BPM is a unique twist to the retro shooters which the hardcore fans would absolutely enjoy. Within the first thirty seconds of the game, you would start enjoying it and you would get hooked so fast, that you won’t stop unless you have died countless times to the higher up bosses or the enemy waves. There is nothing to complain about in this game from my side, hence the full scores. Procedurally created dungeons with endless replayability make it a solid recommendation from my side.