Tell Me Why is a tale of two siblings meeting after ten years, journeying through, trying to find the truth about the unfaithful night, ten years ago. The night that changed their life for the worse. They share a powerful bond that continues even after they have been apart from each other. Set in the backdrop of A very well detailed, Snowy Rural Alaskan City, Delos Crossing, Tell Me Why does a lot of things right that even major AAA titles faults at. However, Its greatest strength, the story, has its own weakness with a very hit & miss gameplay.

Tell me why is out right now, and it does this great thing for an episodic based game, that all the episodes are out in a span of 2 weeks. Starting from 27th Aug for Episode 1, 3rd September for Episode 2 & 10th for Final Episode 3. The length of each episode is about 2-3 hours long. Which gives it a good value, considering the price is Rs 699 for a 10-hour long game. And It is available for free on Xbox Game Pass on both Xbox & PC. 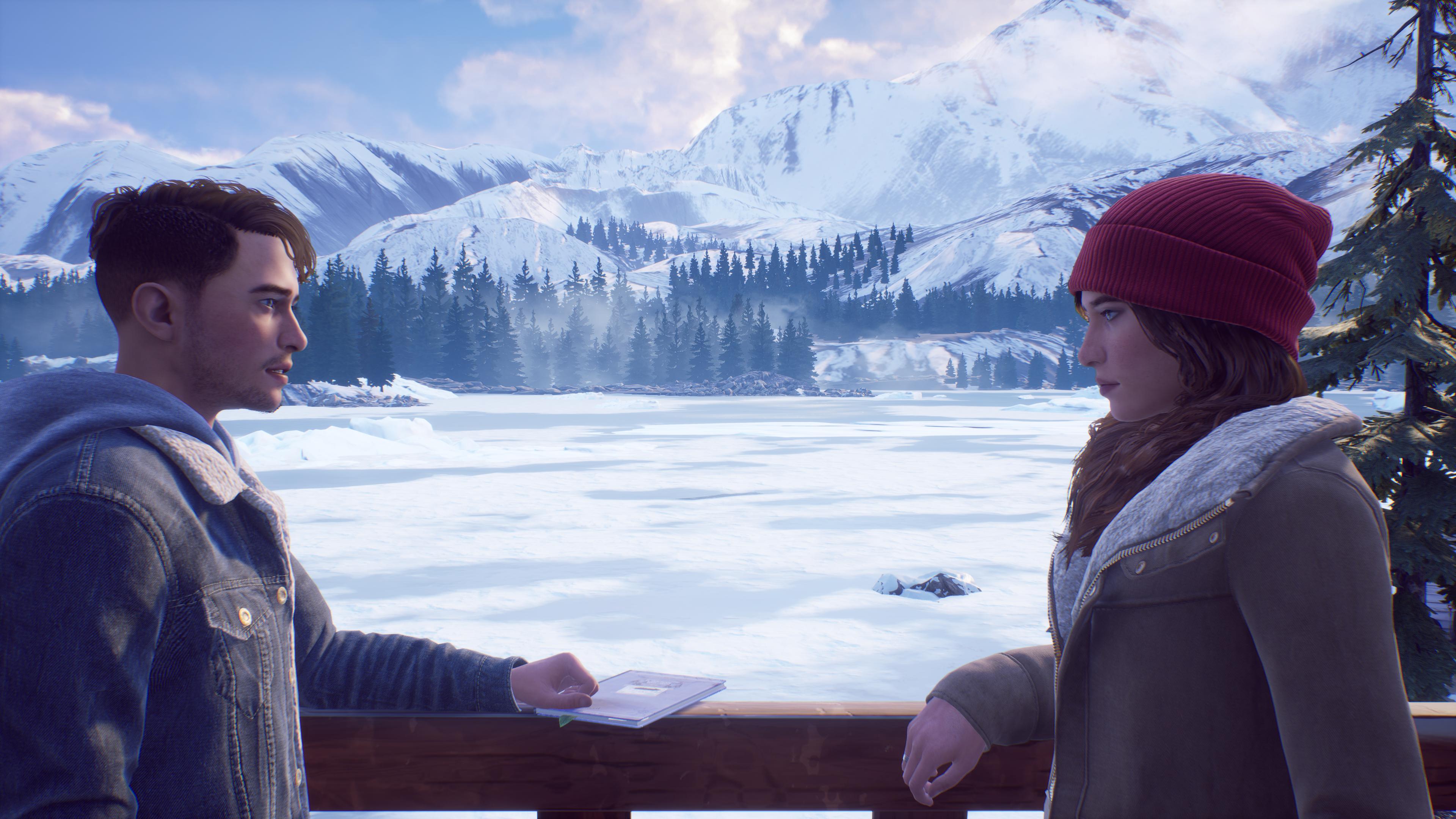 The story revolves around two siblings, Ollie (Now Tyler) & Alyson meeting each other after ten years. After a certain incident in the past, Tyler was sent to Fireweed Residential Facility, where he graduates and mentored younger residents while going through his own journey. Whereas Alyson now lives with her adopted cop-father in Delos Crossing, who also apprehended Tyler and kept Alyson away from Tyler for seven years. They come together to sell their mother’s house, but things take a turn, and In the initial episode, it is heavily hinted that Ollie’s wish to turn into a boy, is not agreed upon by her mother and that her mother is trying to keep her “safe”. But then on that unfaithful night, Ollie cuts her hair to look like a boy, and the mother snaps and attacks Ollie. The whole story then revolves around them trying to find the truth and due to circumstantial evidence, they find out insinuating that things might not have been turned out the way they thought it did.

While the story starts with a promising murder mystery, Tell Me Why gets lost and it shows right after the first half of Episode 1 itself. There are few twists and turns which does give a good shock value, but that’s really it, it doesn’t really translate well into the story. The story tries to do a lot of things, a murder mystery, a supernatural theme, a fairy tale, but at the end kind of gets stuck between everything and gets convoluted. Towards the end of the game, the story is left open-ended, It kind of has this “choose your own ending” thing, where you have to chose what truth/lie you want to believe, and that takes away the whole experience out of the story. It does not give a satisfying answer to the story it is trying to present. Honestly, I was expecting a Life Is Strange kind of story, but what we got was not up there, it’s not bad per se, and worth definitely experiencing at least once, but it sure is underwhelming. Throughout the game, you make decisions that have no outcome on the ending. 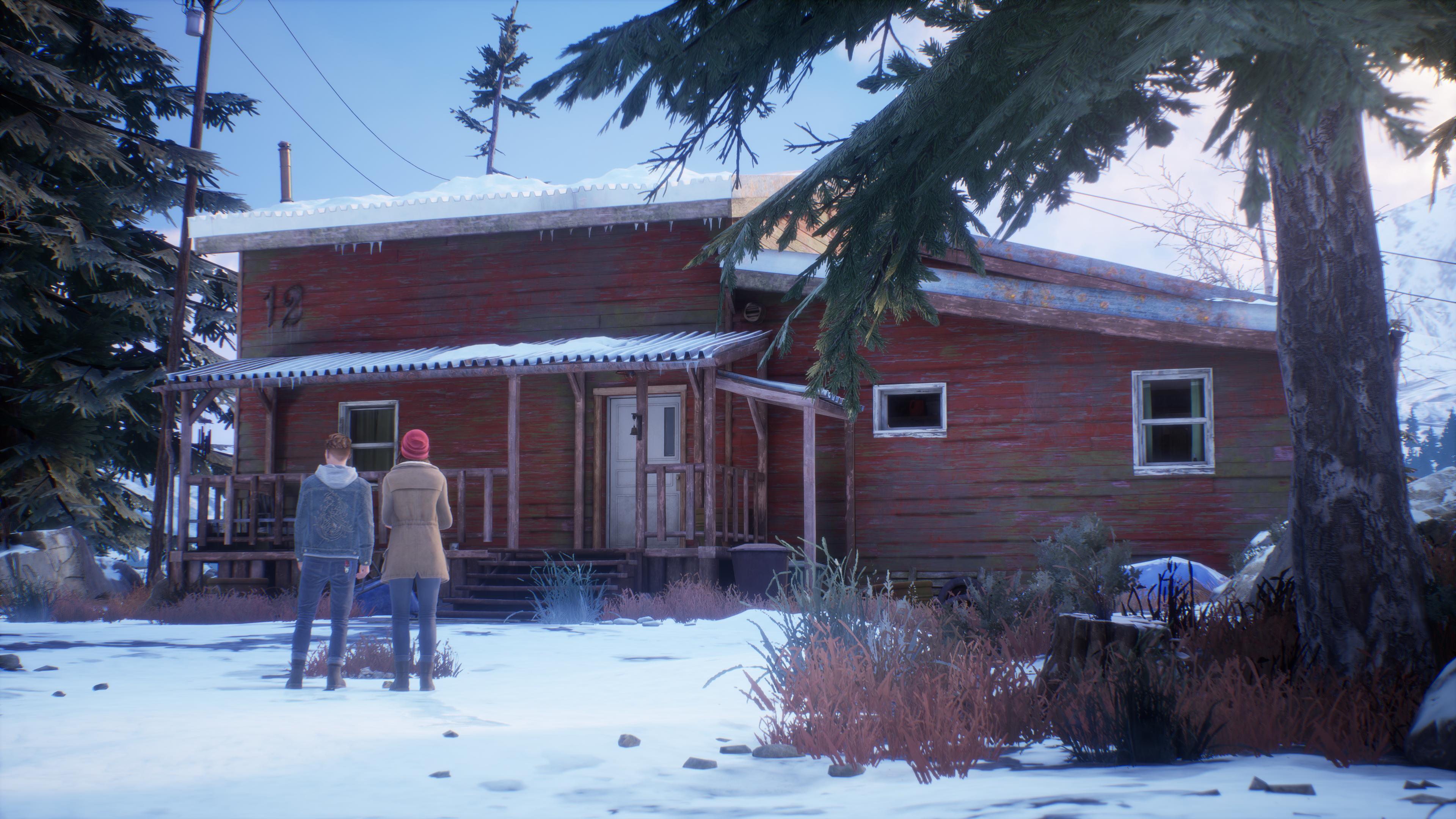 Strictly, Gameplay-wise, do not expect much, Tell Me Why is just a glorified walking & talking simulator at times. There is one gameplay mechanic in which you can play memories of the twins in real-time along with Telepathy, but even that is tied to the story and has an impact on the gameplay itself. The gameplay at times also gets mundane, as the story asks you do to stuff like counting the inventory in the shop you work or cleaning up the house. As these things are part of the story, you cannot progress until you clear up all the chores. There is also no backtracking sadly, once you progress through the level, the only way to go back is through selecting the level on the level screen.

It does have some nice set-pieces which tie in with Story & World Building both. Like there is this “Book Of Goblin” which has well-detailed stories, which tie in into the puzzles this game has to offer. But for simple puzzles, you have to do a lot of reading. It can be fun, as the stories are interesting and detailed, and not just a copy-pasted work. Near the end of the game, there are extensive puzzles that you need to solve in order to progress, not too hard, but can be solved easily if you are paying enough attention. All in All, the gameplay could have been built upon and be better than just a stand-in for the story. Nothing significant happens in the game gameplay-wise.

In the below screenshot, you can choose the memory you want to remember, between Tyler’s & Allyson’s, neither the outcome of the story changes nor it gets affected in any way major. 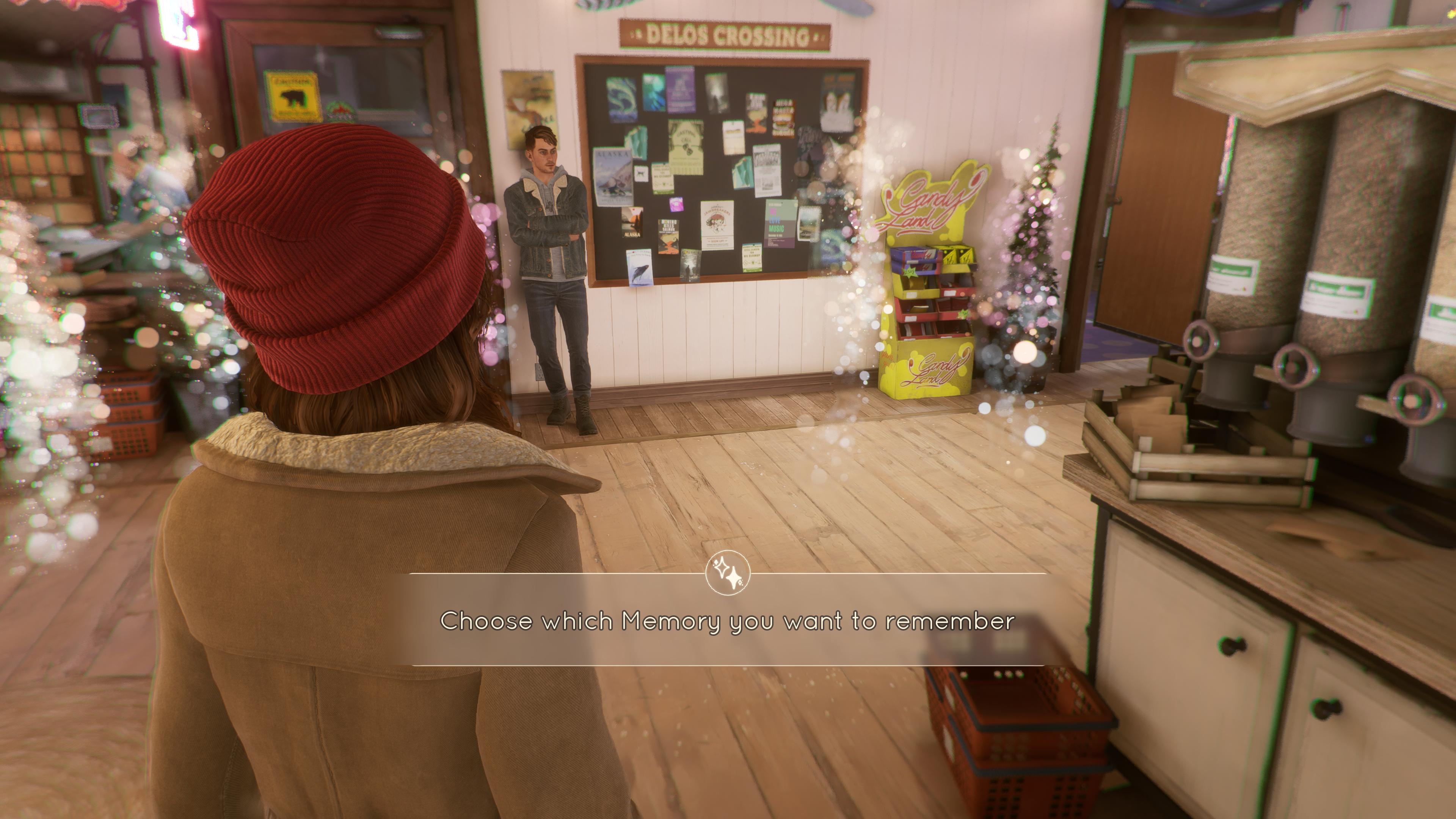 Each Location in Tell Me Why is well detailed. From the first location itself i.e. Alyson’s Room. It reflects her personality, the shows she watches, the books she reads. The small things that are not even relevant to the main game itself, is so well detailed. And the same goes for Tyler’s room too. We spend less than five minutes in his room, and the details that are presented are startling. His room shows his trans-journey. His friends & mentees, who are not even relevant to the story are detailed. Books on gender change, acceptance, and his preference in the music. All these small details are carried out throughout the game.

Once you reach their house, which they are planning to sell, you come across these letters & memorabilia that were written by the siblings when they were young. It really feels that these letters were written by kids. The emotions & thought went into them is staggering and makes the world and their characters much more believable. These small details are throughout the game & are executed well. The best part is, you can interact with most of the things in the environment, and it feels right and real.

Tell Me Why definitely had a higher production value & give a better turnaround time episodically too. 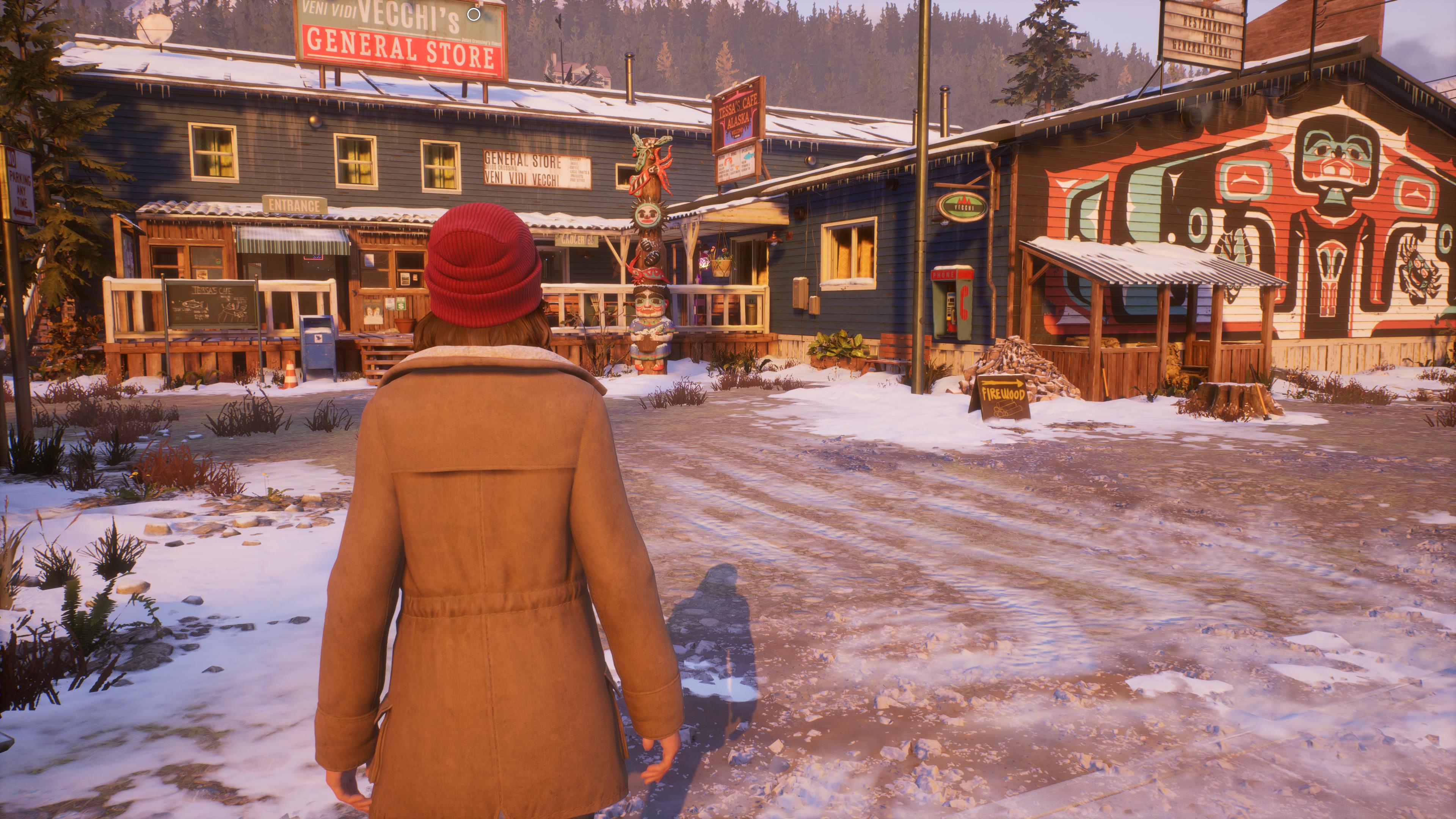 There are about a dozen characters in the game, and each and every character has been flashed out pretty well, with their own backstories conveyed by the letters and the environment they are in. Again, just like the World, the characters are equally well detailed. I remember this anecdote from the game where there is this one police character trying to find a “mailbox bandit” and it turns out to be a raccoon. This thing goes all the way from the starting till the end, and if you pay enough attention then you can even see reference about it throughout the game.

The voice acting for each and every character is top-notched and does not take you away from the game and the story. It’s clear where DONTNOD spend their top dollars in this game. It’s the World Environment and its characters. The sheer amount of details that they have put is commendable and honestly puts even the big AAA titles to shame in the execution of it. 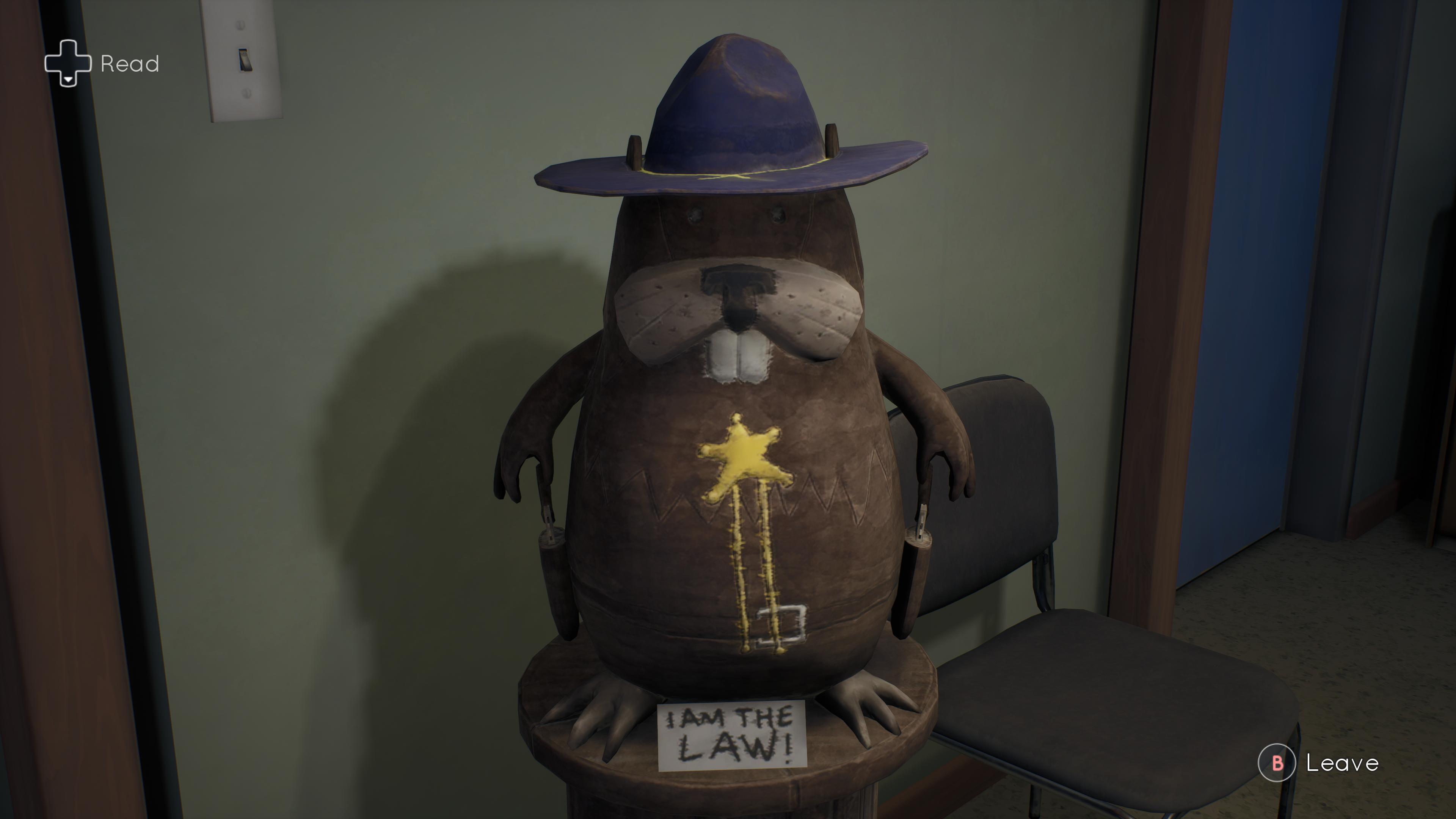 Book of Goblins.
The book has well-written stories related to the twins and their mother, in a fantastical setting. The story helps in the first puzzle. When I first saw this puzzle I was a bit skeptical because of the extensive reading. But it is integrated very well and is very interesting to read through the stories. There are about 15-20 stories in the book, it’s a good read and helps in making the world and the characters feel much more real and interesting. These stories also help in solving puzzle close to the end of the game and are accessible whenever you want to read them throughout the game. 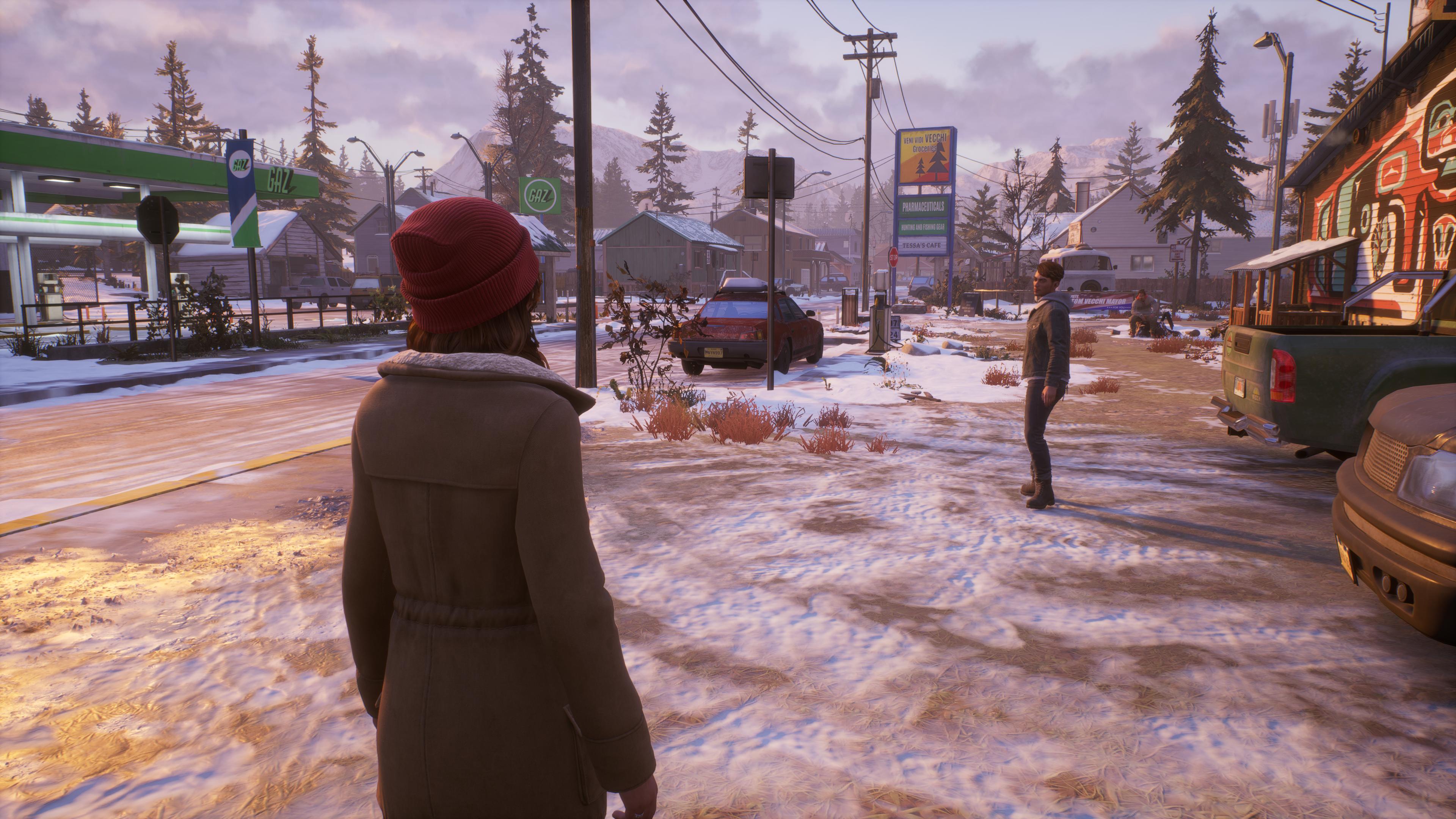 I have completed Tell Me Why on Xbox One X, and the framerate drops were there, in fact, a lot. But as the game is story-oriented & not action, I will give it a pass, because it looks outstanding graphically. Graphically it looks much better and different than Life Is Strange. Everything in the world is sharp and very well detailed. As far as I remember, all the previous games of DONTNOD were quite comical and quite muddy, i.e. the graphics of it. Here everything looks much better, clear & sharp. And the number of details they have added to the game can easily justify the choppy framerate. Overall, It was a fine experience and at places eye-candy graphics. 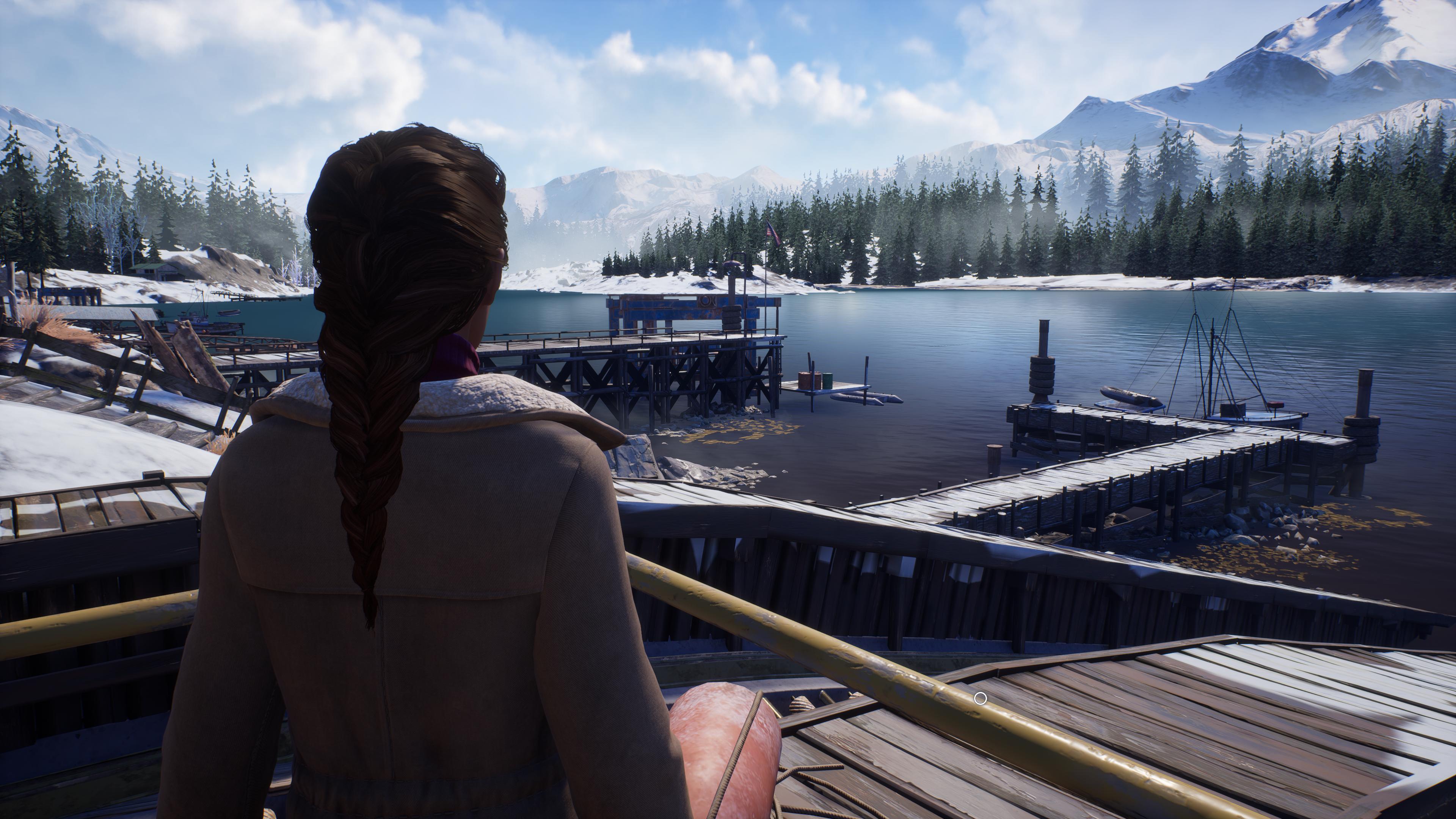 World – The attention to detail is exceptional, It can bring shame to even AAA games in World Designing.

Characters – There are only a handful of characters in the game, but the quality of execution, VA & Motion is good.

Graphics – Really high standard of quality, compared to their previous game, and many other games in the episodic genre.

Gameplay – While IMHO, it is just a walking & talking simulator, There is just no gameplay mechanic except being able to see your memories, which are unreliable on its own.

Story – The Story is there, it’s not the best and tries to do a lot of things, but it’s still passable.

Tell Me Why is out right now, and it does this great thing for an episodic based game, that all the episodes are out in a span of 2 weeks. Starting from 27th Aug for Episode 1, 3rd September for Episode 2 & 10th for Final Episode 3. The length of each episode is about 2-3 hours long. Which gives it a good value, considering the price is Rs 699 for a 10-hour long game. And It is available for free on Xbox Game Pass on both Xbox & PC. The Review was done on Xbox One X using Xbox Game Pass. You can buy a 1-month game pass for as low as 50 Rupees INR and try the game out for yourself as well by clicking: HERE

Tell Me Why Review

Tell Me Why has a very peculiar story, tackling many things like LGBT, Murder, Acceptance, Fantasy but it gets lost in its own voice. The gameplay just feels like a walking & talking simulator and is very mundane & odd. However, it does shine in its world & character building, and graphics department. Overall it is a good one time watch/play. And for the future endeavors of DONTNOD, I hope the quality just moves north from here as this is clearly a benchmark for such episodic games.

Marvel’s Avengers Review: Did They “Reassemble”?