Every fan of Dragon Ball series have always wished for a open world styled game with RPG elements in it. Not only did Bandai Namco delivered this promise with Dragon Ball Z: Kakarot but also they gave us multiple characters to play from while staying true to the Dragon Ball Z series theme as well.

Stays true to the theme

When a particular game company does something like this , some thing always go wrong but its different here. The entire game’s campaign has stuck to the true core of the theme of the Dragon ball Z series and followed the story of Kakarot(Goku) and ended it with the Buu Saga. 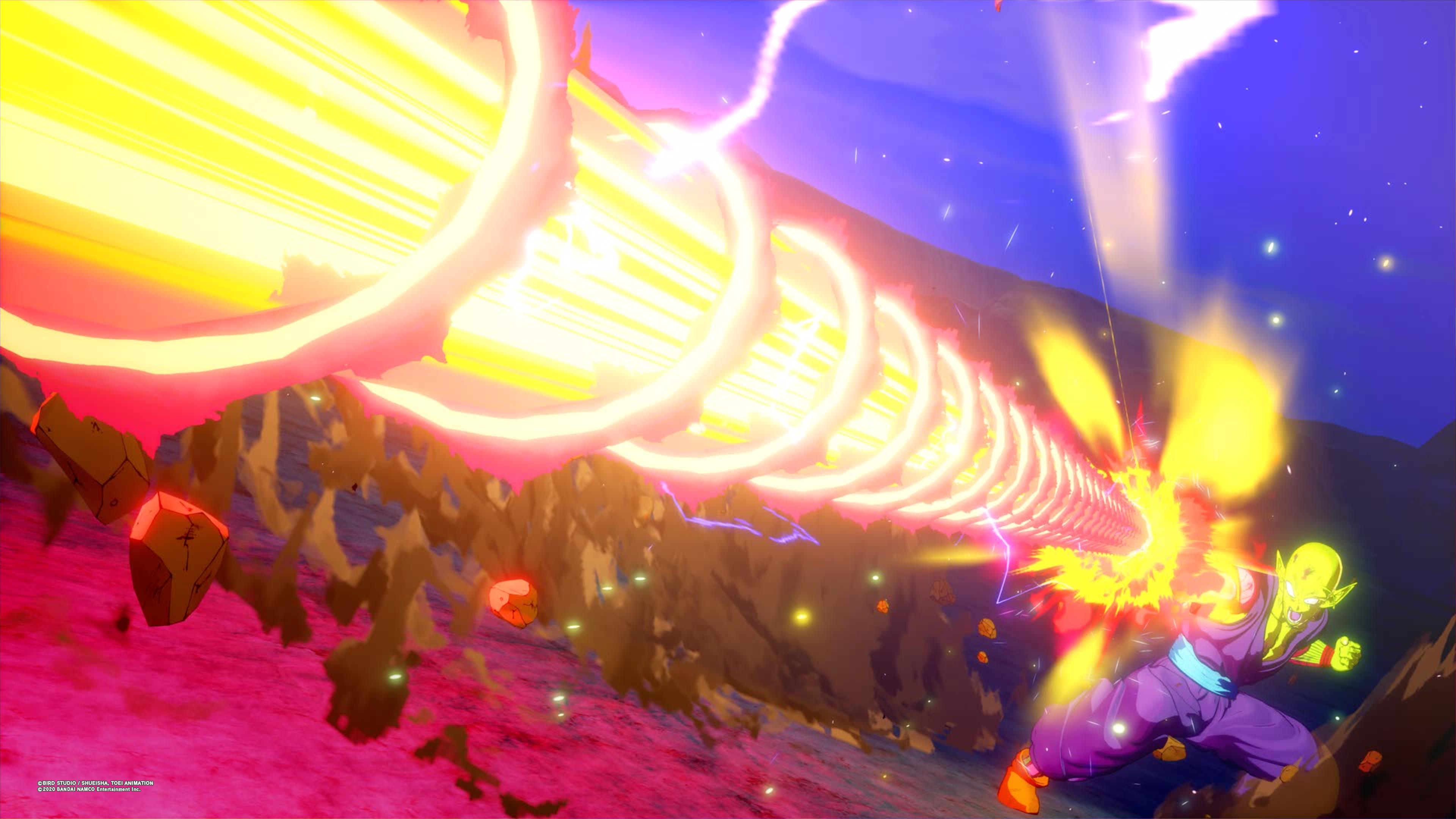 Dragon Ball Z: Kakarot is not something that everyone will like. This game was made keeping fans in mind who loved the Z series and the entire Arc has been showcased here with the users controlling the combat. The best part about this game are the filler content which was not shown in the TV series. Anyone who has seen this series will feel at home playing the game while the hardcore fans will absolutely love it with all the filler content and the RPG elements that this game has delivered to its core. There is one major flaw here though.

The open world of Dragon Ball Z: Kakarot was made keeping the Z series in mind with its characters, what items they need to continue the game ahead and so on. However, the games RPG elements such as side quests and fetch missions are just way too repetitive. Sometimes, you are fighting a famous villain standing in front of you and other time, you are going out, flying in the air searching for parts of a ship or running errands for Bulma finding food and recipes and whatnot. 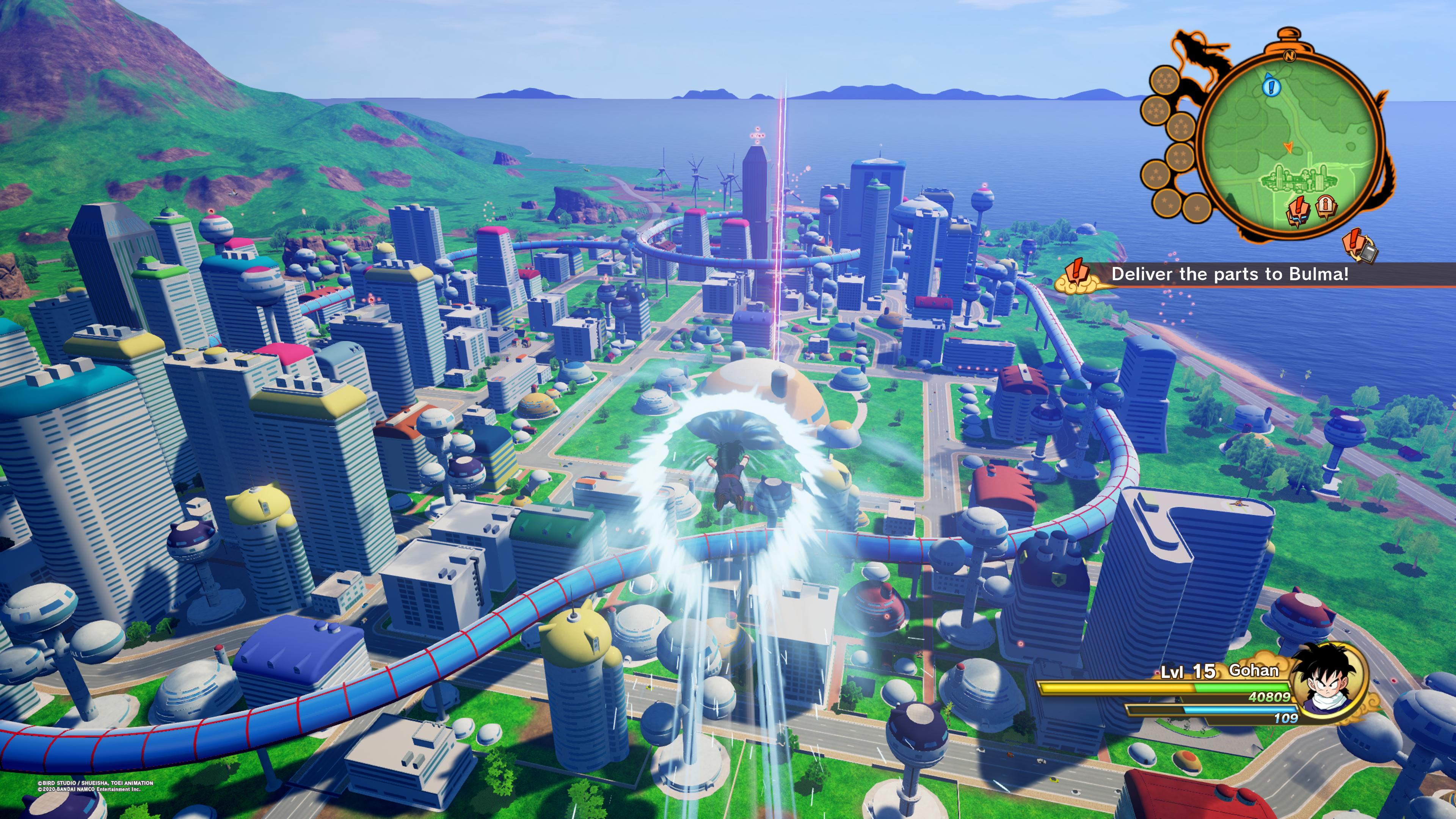 In the beginning, this was fun but later on became somewhat or an irritating affair. If you are someone who just wants to rush the main campaign story of the game, you will have to go through some of these fetching quests which to be honest is just plain irritating and repetitive. This completely breaks the game’s momentum which was going strong with all the cut scenes and fights.

There is so much potential here in the open world but instead all we get are fetch missions, some random drones and mirror images of enemies appearing out of thin air to fight. The only thing i liked while I was flying in the open world was collecting the Z orbs and the hidden Orbs on the land and mountains.

This is the best part of the game, the combat. While i loved playing older Dragon Ball games and also the last game, Fighter Z, I loved the combat here the most. The amount of details, the dialogues shared in between both the characters in between fights and also the smooth transition while using the vanish power or using the Super abilities just makes the entire fight memorable. 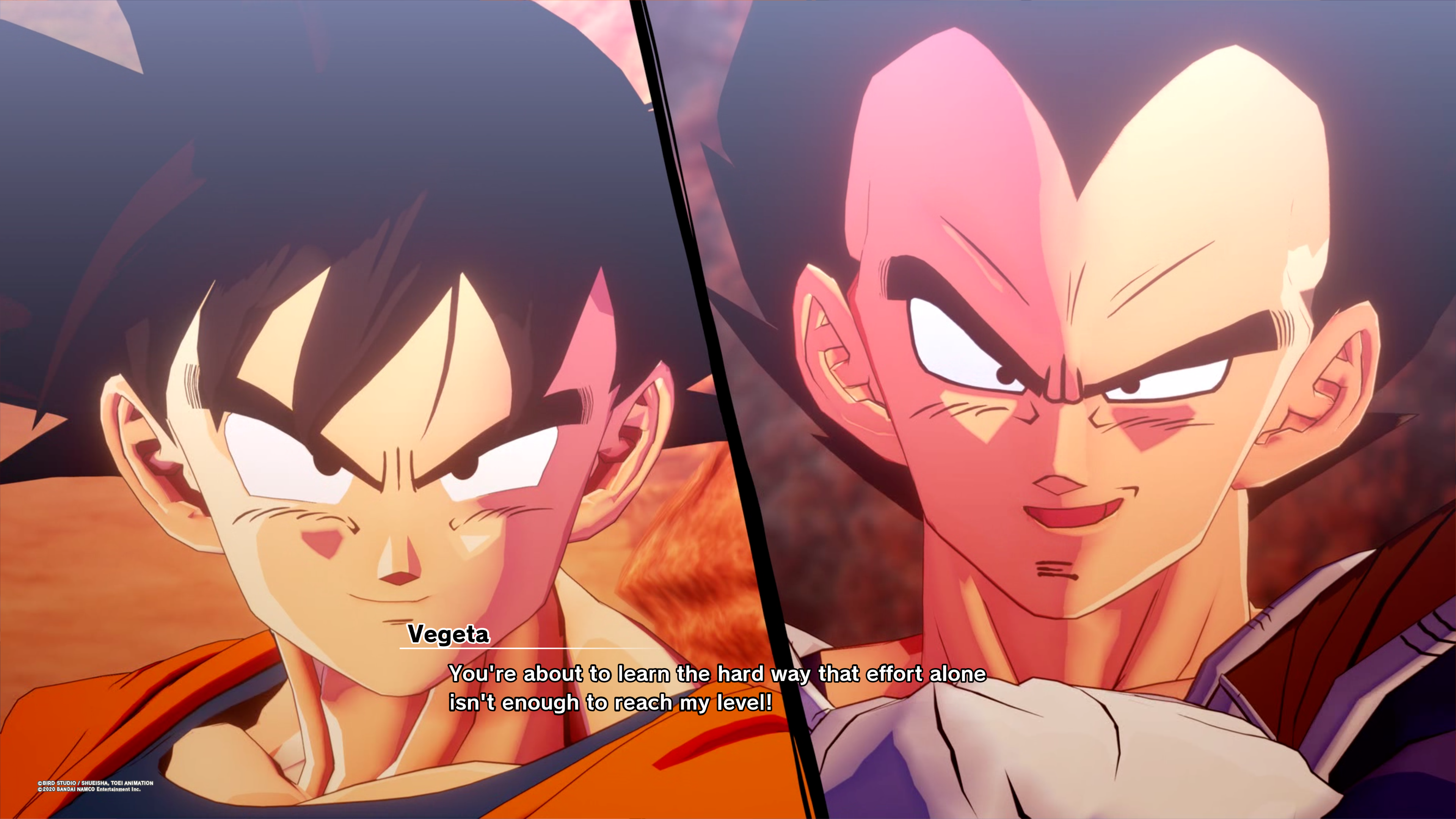 After every fight, you get a rating based on how well you played and its similar to the rating of the likes of “Devil May Cry”. The game runs at 60 FPS on the PS4 Pro in which i was playing and there was not a single frame drop or lag or any other issues which I faced during my game play. The game’s optimization is top notch but however the loading screens takes a while to open up though when traveling to different places or going inside few locations.

You have your Super abilities like Goku’s Kamahameha or Vegeta’s Galic GUN and so on. Whichever character you will play, you will be able to use their primary high dealing damage ability by using the Super abilities tab by pressing L1 on your controller. 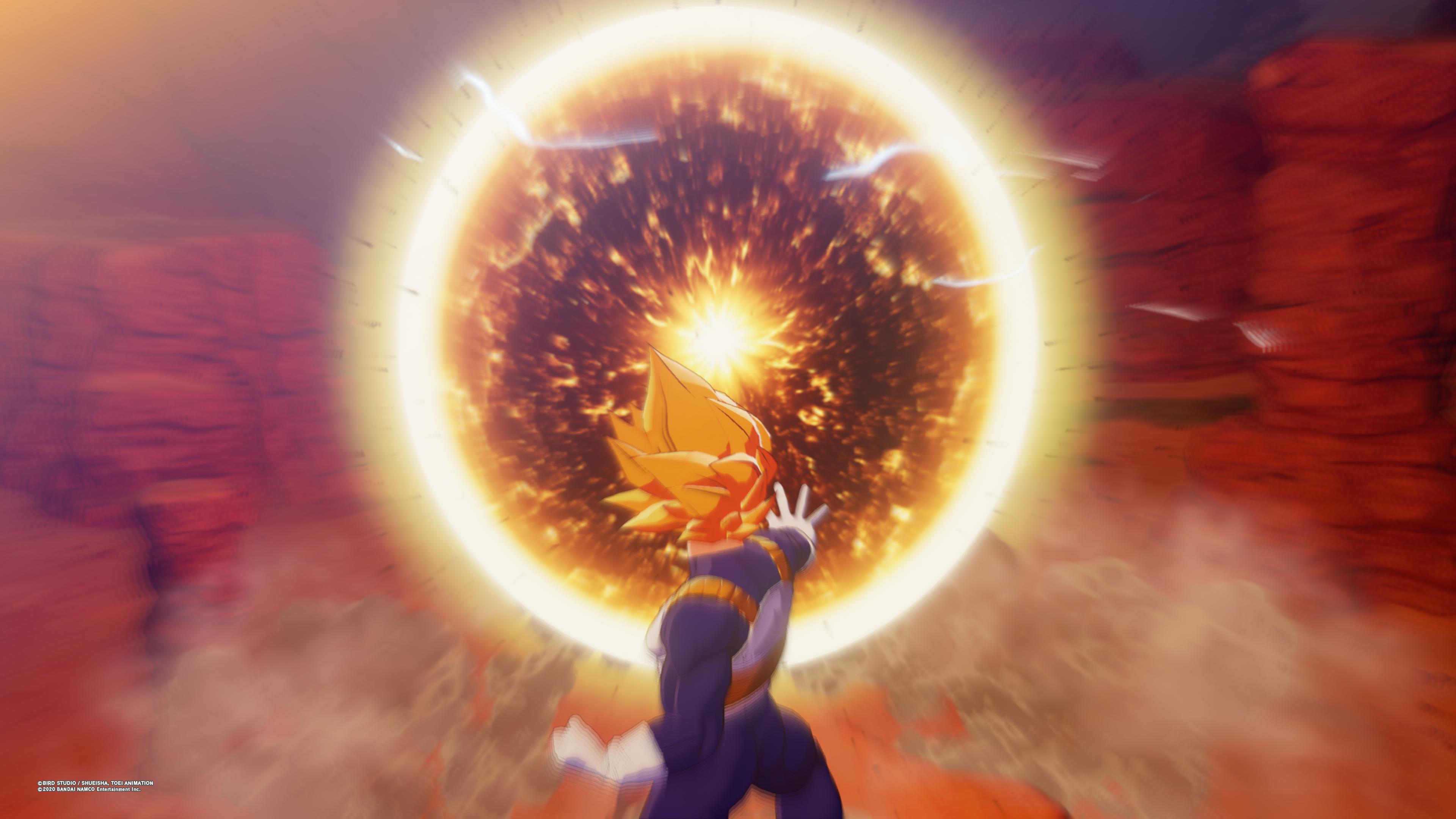 This is another aspect of the game which is I would say the most important that you will have to keep an eye out on. Before going in harder fights, it is recommended to level up your character fully either via training your mirror selves or upgrading your abilities by spending the Z coins that you can find in the open world easily. There are different skill tree for different characters that you need to unlock and master in order to become stronger.

There are also Soul Emblems which shows the level of your character and also helps boost stats. In the start, you will find it interesting but as the game continues and you power up yourself by training or simply being better at combat, you will stop bothering with these soul emblems, as i did. 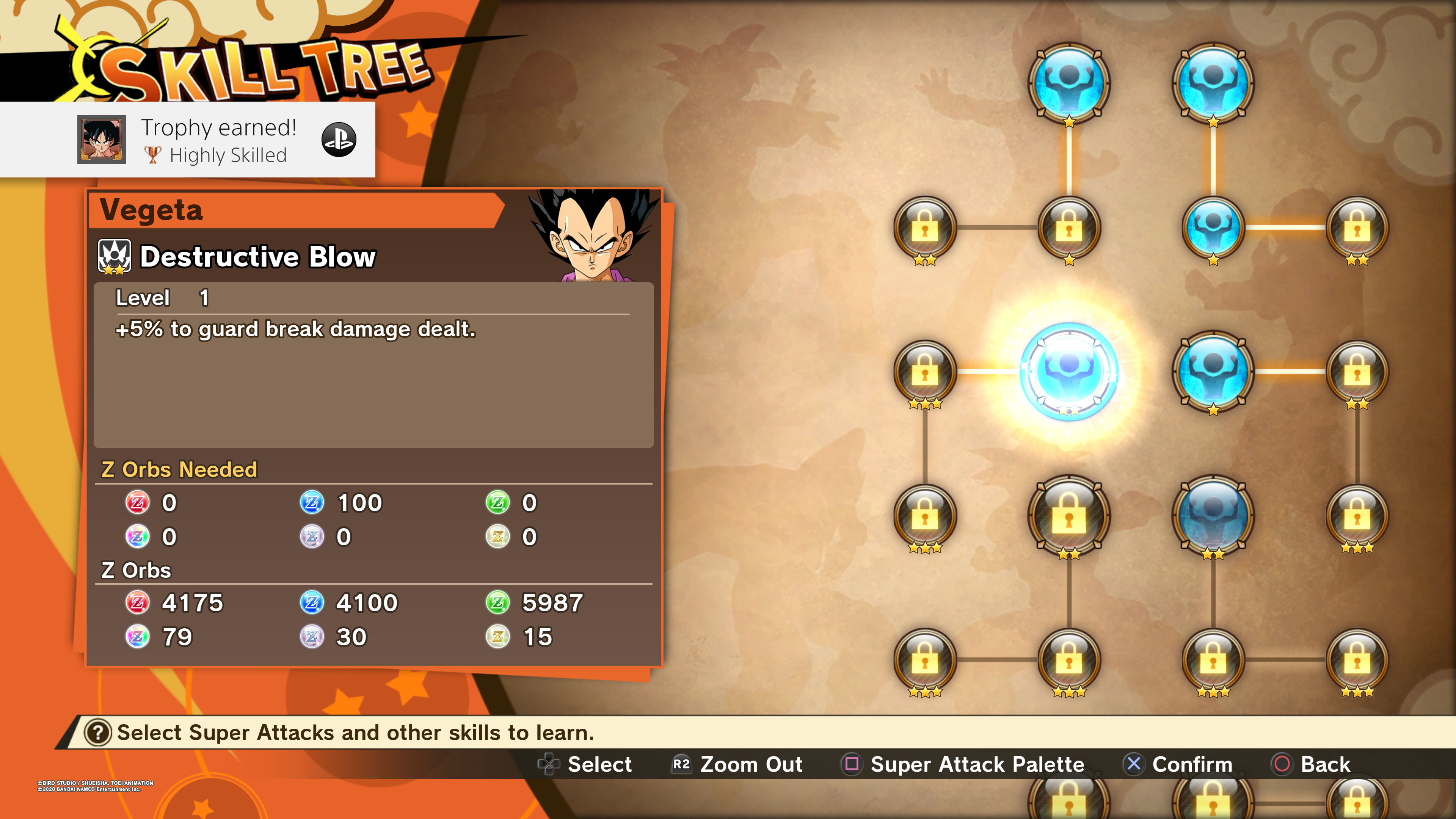 Some abilities are locked which later gets unlocked after a certain chapter in the game which follows the exact path of the TV show such as Goku’s Super Saiyan transformation or going beyond Super Saiyan and this holds true for every character, even Vegeta or Gohan and so on. Make sure to upgrade your character by pausing the game and going to the “Characters” screen.

There are also food machines/vendors scattered all over the world map, and you can use them to buy/sell stuff. Buying multiple Vitamin items to replenish health is very highly recommended before you go fight multiple bosses. 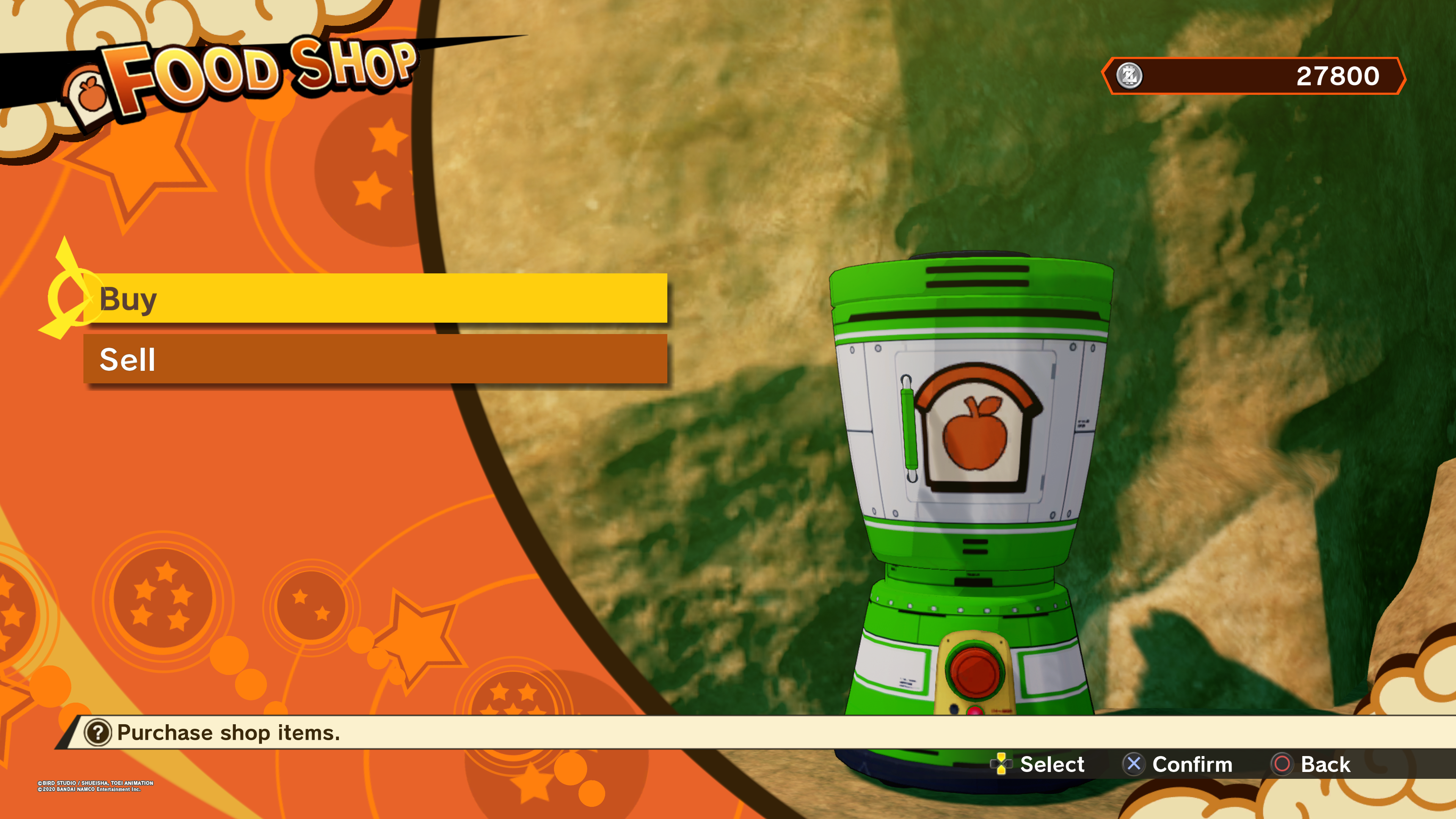 Make sure to upgrade your Super powers by training. You can find it on the world map as a biceps training icon where you will have to fight your mirror selves or often mirror images of your rivals , sometimes 2-3 of them at once in order to upgrade your primary abilities. 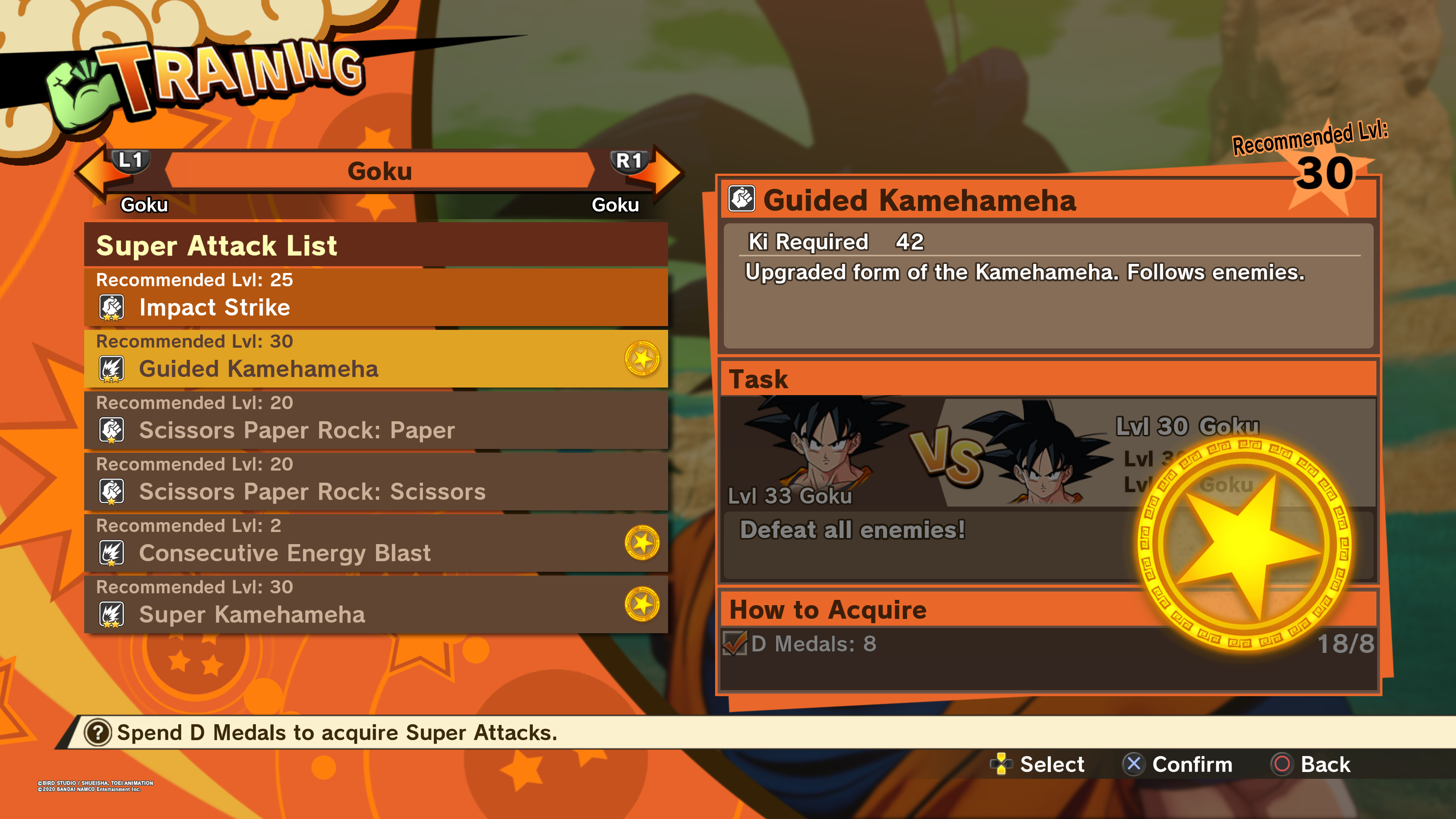 Once you upgrade your powers, you will be able to do a Super Finish at well, which surely will put up a smile in your face as you see the below image on your screen. 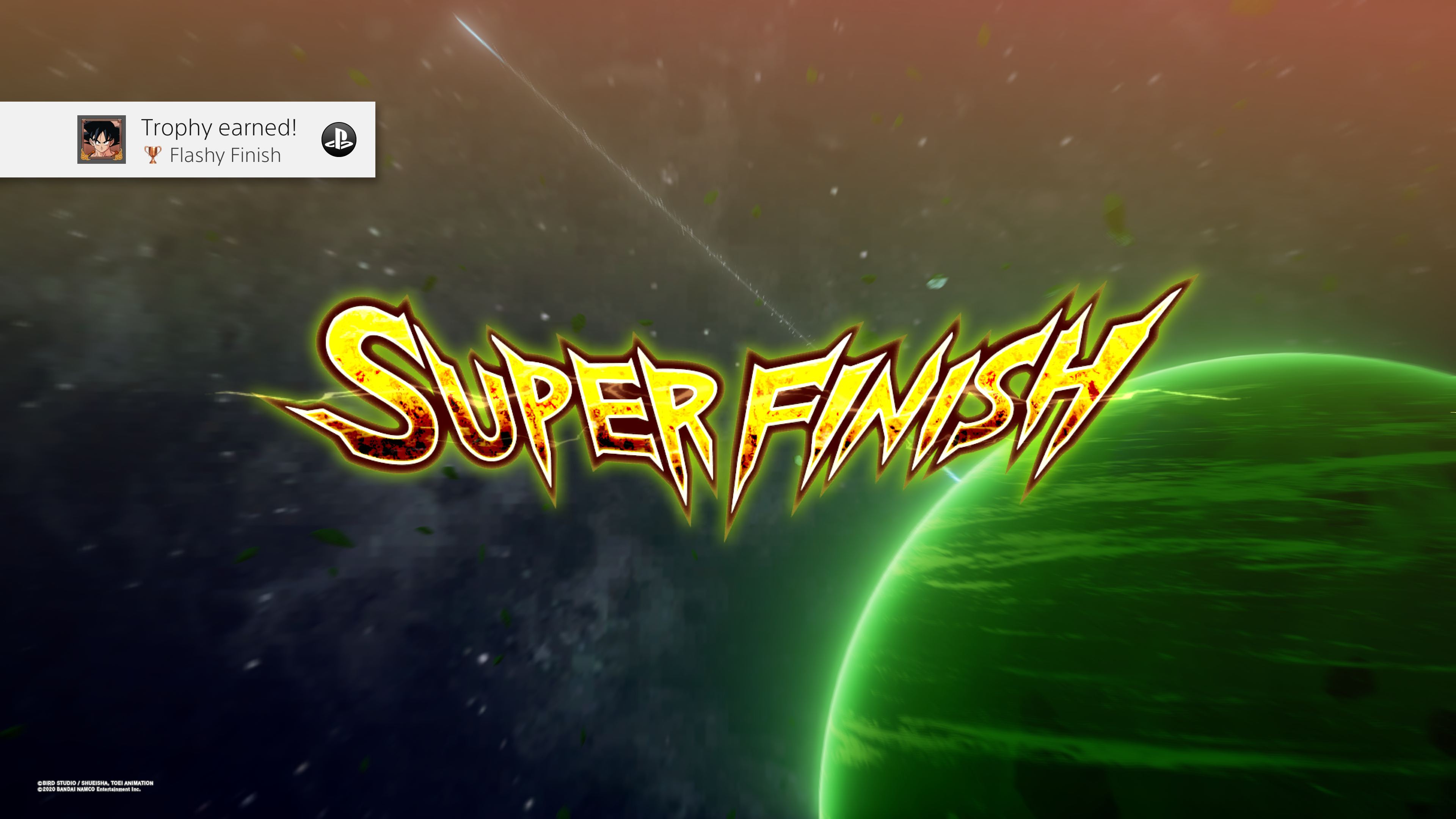 Dragon Ball Z: Kakarot looks as good as it plays. There are no complains when it comes to how this game looks. Its gorgeous.  All the areas in the world map look and feel different. There is a lot of detailing in each and every area and its surrounded by secrets, wildlife, Enemy AI, Z Orbs and whatnot. If only the RPG elements was better and not repetitive, this would have been the perfect Dragon Ball game ever made in my opinion. 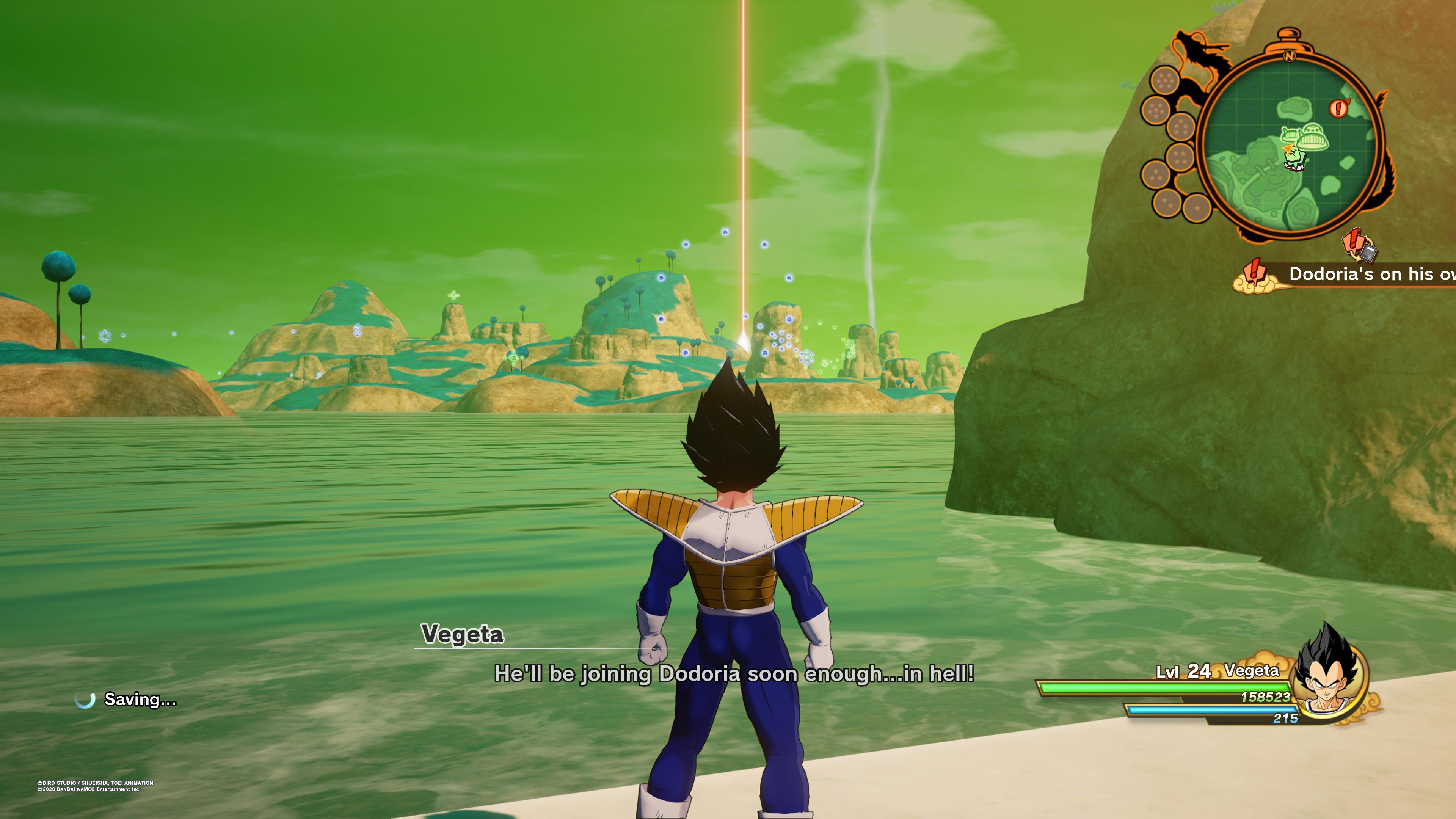 Nothing much has changed from the previous games, all the different characters have their own voices as in the TV show during cutscenes. While in combat, there is always some kind of savage commentary that keeps happening which is again exactly how it is on the show. All this adds up to the fan service that Bandai Namco has shown here which is exactly why i have liked this game so much inspite of the repetitive and boring RPG elements. 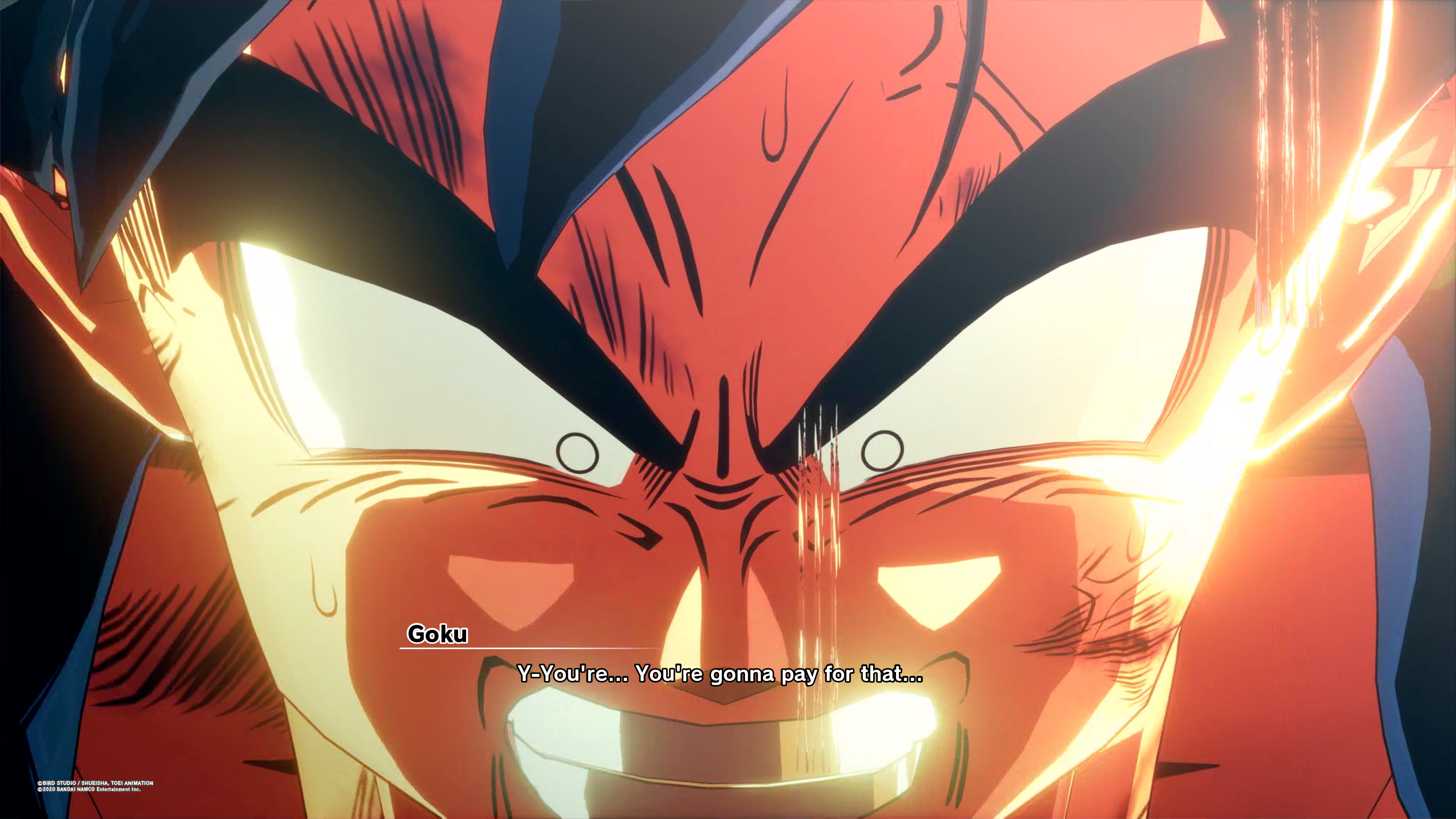 Dragon Ball Z: Kakarot stays true to the theme of the show while at the same time giving access to multiple playable characters which is a treat in itself. The RPG open world elements could have been better but for a first try, this is definitely something which can be improved upon in the next game as there is plenty more to come in the near future. Highly recommended for people who love Dragon Ball Z in general as well as newcomers to this series as this is a perfect game to start your Dragon Ball Z journey with.