Cooler Master in collaboration with Vedant Computers, today invited all the influencers, Content Creator’s and other well known people from the kolkata community to their very own launch event in Sudden Street,OYO,Kolkata.

Its been a while that there have been any kind of launch event in kolkata, so it was good to see that Cooler Master took this opportunity to connect with multiple people from the Kolkata community and showcase their new products in the process.

Vedant Computers, known as one of the biggest retailers in the chandni Chowk Area in Kolkata, Collaborated with Cooler Master to bring us this launch event and made it a grand success.

The Agenda of this launch event was to preview and showcase their new series of Cabinets, CPU Cooler, AIOs and Keyboards.

There were multiple cabinets on showcase in this event including their newly launched TD 500 Mesh (Black) and also the recently launched K501L . Both were on display on all its glory and they looked great. 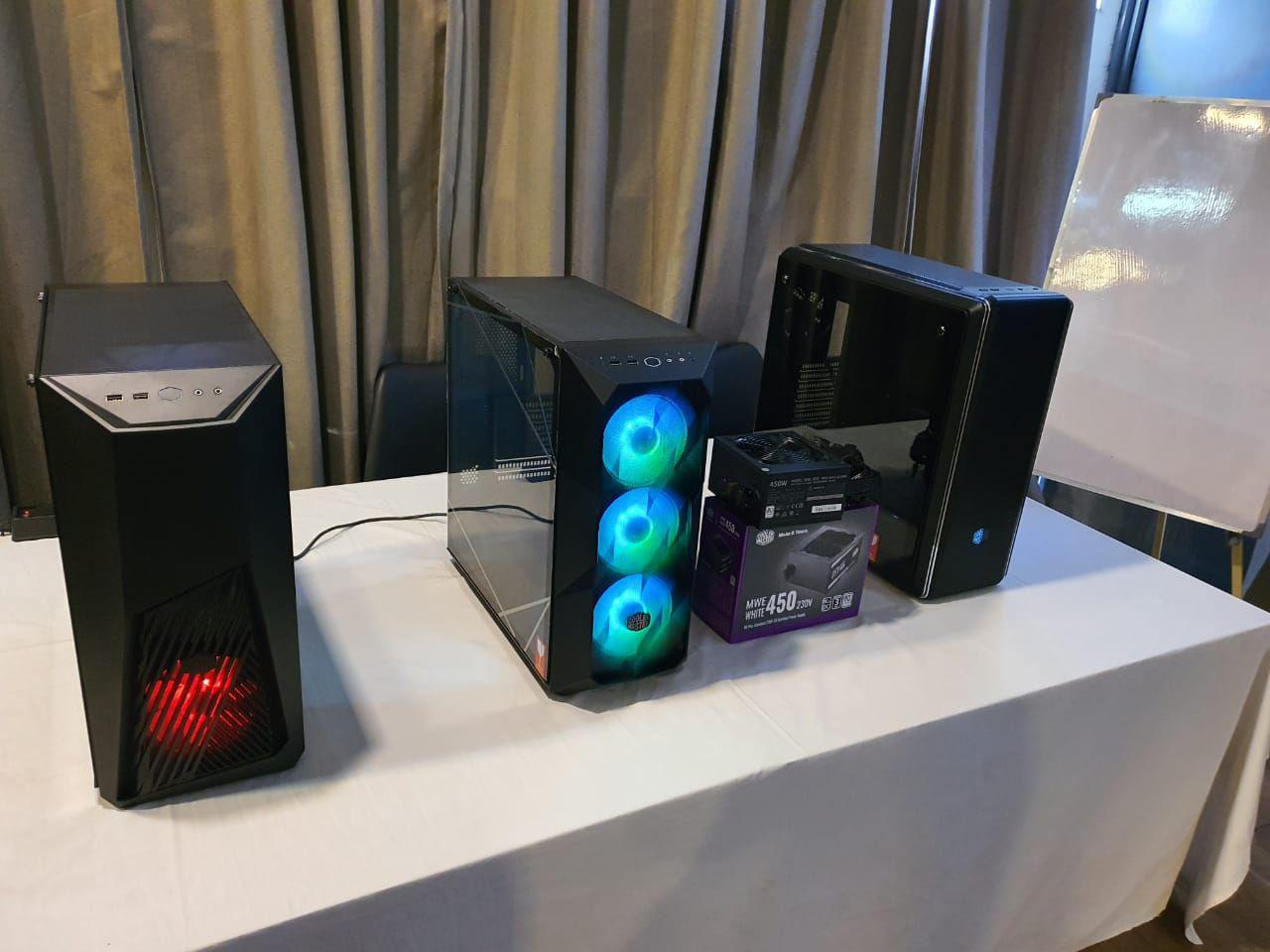 Cooler Master also recently in their new reports revealed that 12 of their current cabinets now comes with ARGB fans out of the box, which is a great revision to be very honest as it completely eliminates having the need of ARGB header on the motherboard, thus helping in compatibility with older motherboards.

In the early days of RGB lighting, Cooler Master stood as one of few to take an open approach to lighting by using universal, non-proprietary connectors. This eased the process of building an expansive lighting ecosystem by offering a choice for preferred software. Now, a considerable portion of their most popular cases will feature out-of-the-box lighting where each individual LED can blend colors, sync to games, movies, music, and more.

Apart from all these announcements, we had other peripherals in the showcase including their new keyboard, the MS110, their mouse, the CM110 and also the old MH752 headphone, which we have reviewed previously(Click HERE).

We also saw their new Air cooler, The MasterAir MAG20M, which is compatible with both intel and AMD platforms as well which looked amazing in action which was shown in their presentation today. This was introduced after all the positive feedback that their Threadripper Counterpart cooler got in the reviews, and it was finally time for Cooler Master to come with the same formula for both intel and Ryzen CPU’s.

On the AIO side of things, we saw the new MASTERLIQUID ML240P MIRAGE, which is their new AIO and it just looked right. 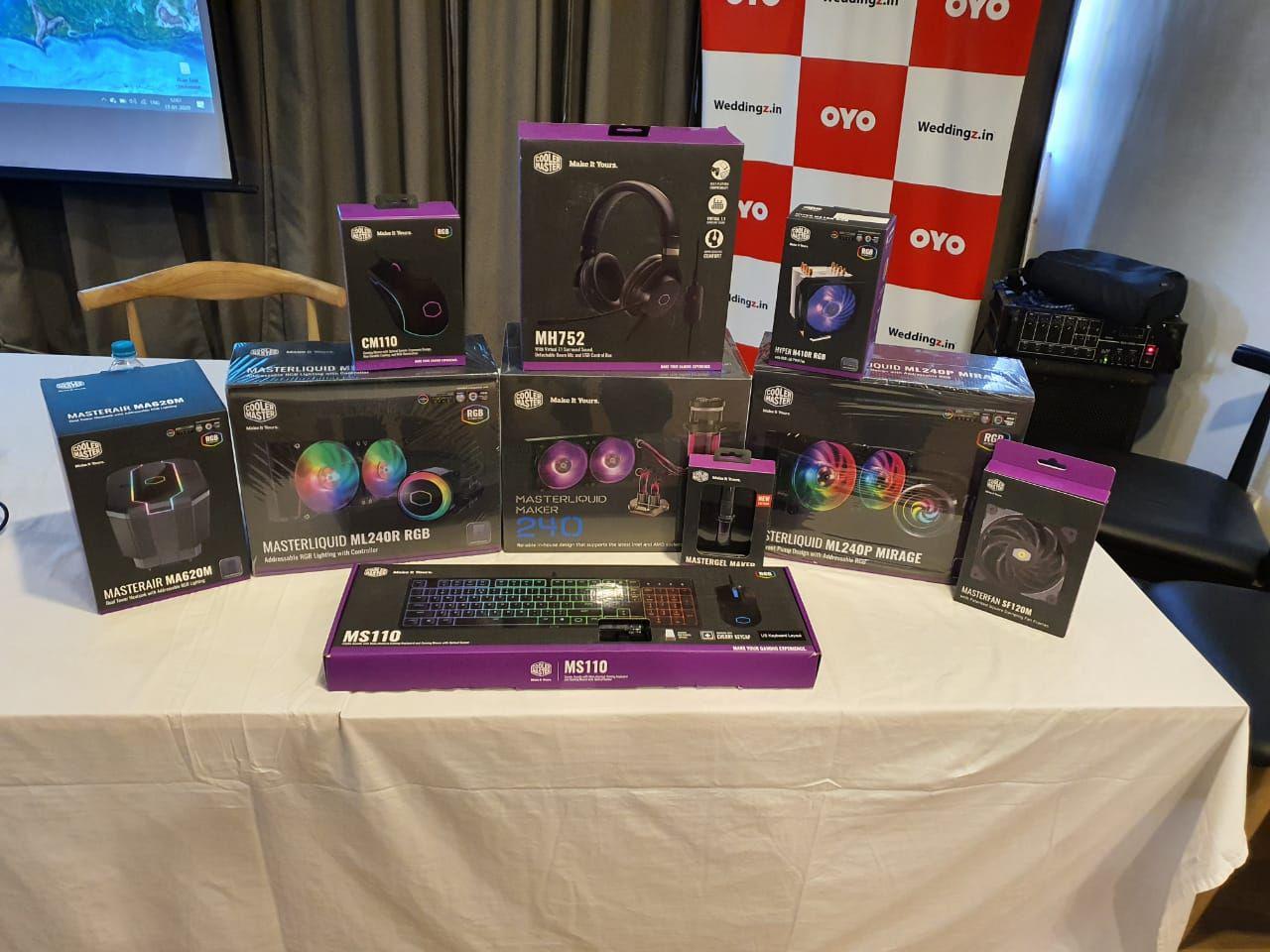 Overall, this was a fun, healthy and a very engaging event at the end of the day. People from all over kolkata came and attended this closed event and Cooler Master received some really positive feedbacks which i am sure they have accountant for and will improve upon on the future events.

The Collaboration with Vedant Computers also helped enrich this event and may also help Cooler Master in the future with upcoming events as they plan on doing a minimum of one event on a monthly basis.

Lastly, I would like to Thank Praloy Saha from Cooler Master and Mr. Rohit Singh from Vedant Computers for inviting Me and My COO, Raghav Kothari, to this launch event today. We hope to see more events in the coming future, so stay tuned to TechSyndrome.