I have played plenty of retro-modern games this year alone to realize that they are not the end of it. S.C.A.R proves me right.

Just as the game starts, you are thrown into a mini tutorial and then right after you get all your abilities like double jump, dashing, and the infamous grappling hook. 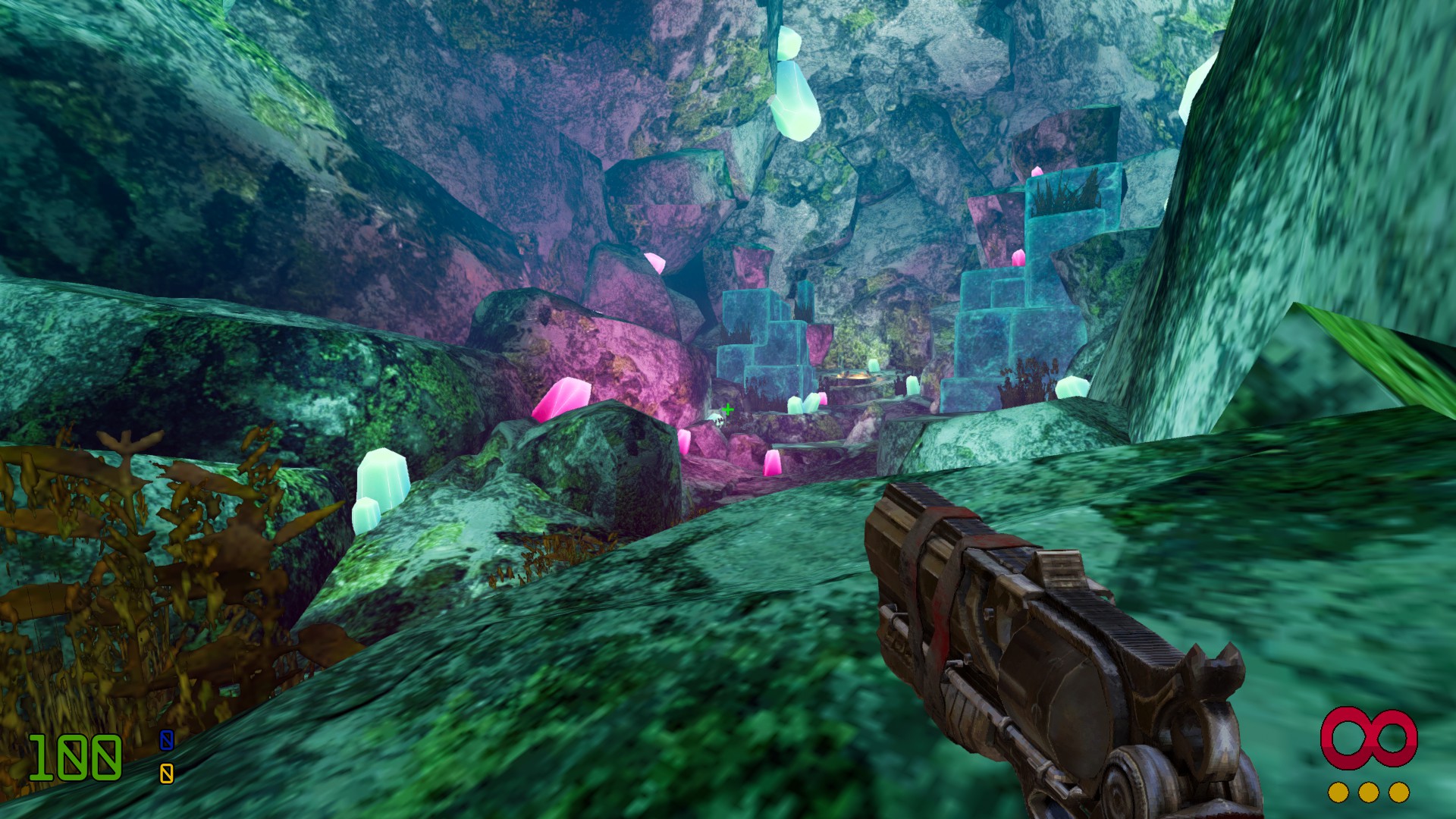 Before you know it, you are dashing in mid-air while killing hordes of demons with your infinite pistol which is powerful by the way and there is a lot of blood made of infinite pixels. There are heaps and heaps of health and ammo packs scattered throughout the levels which make the game feel easy and the movement feels absolutely fluid as you move from one place to another by double jumping and dashing. 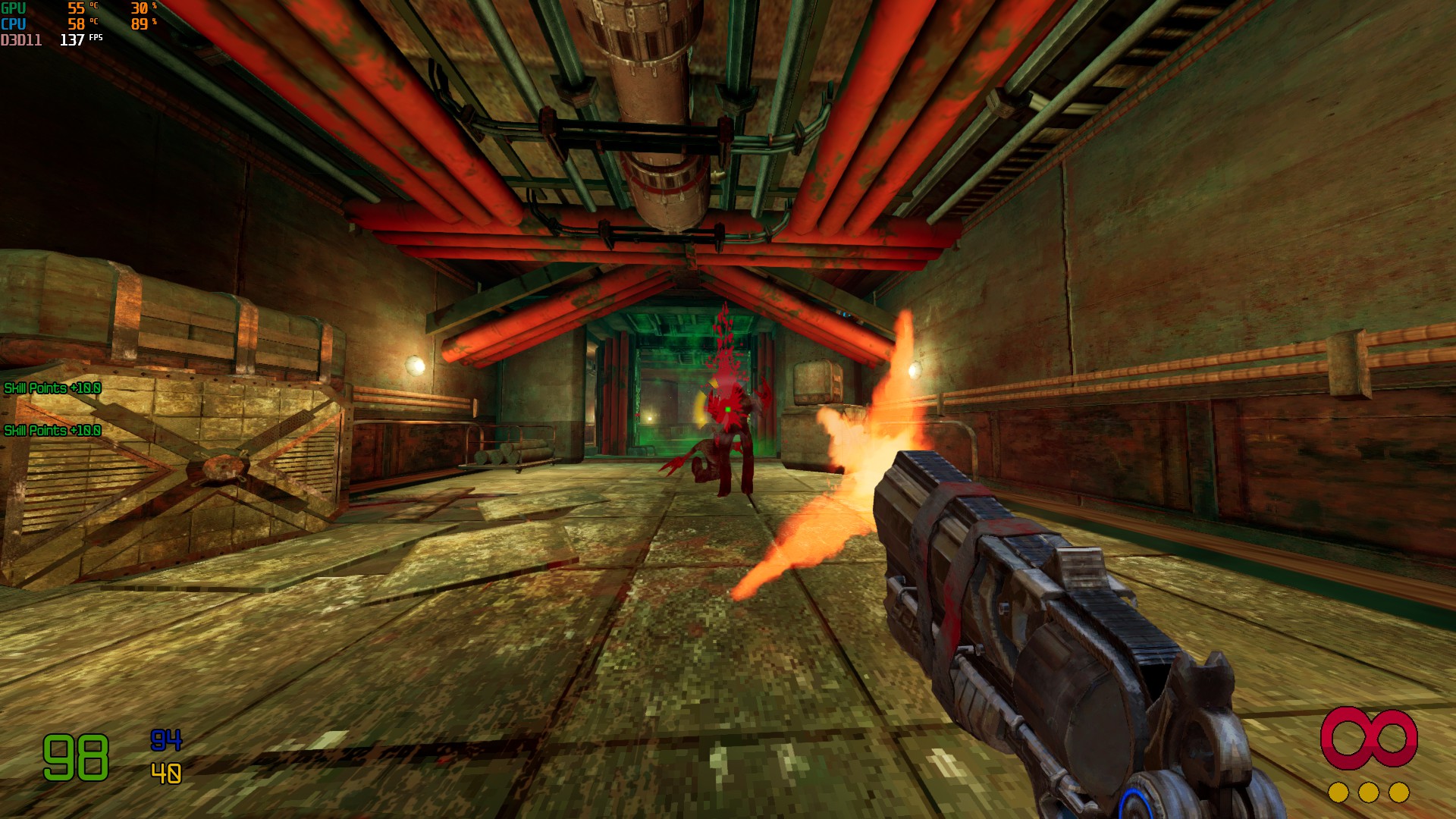 S.C.A.R captures the 90s retro shooter feel perfectly with its added modern pc features where you can play on your 144hz displays and beyond with FOV slider. The performance was absolutely solid with framerates ranging around 115-150 fps. 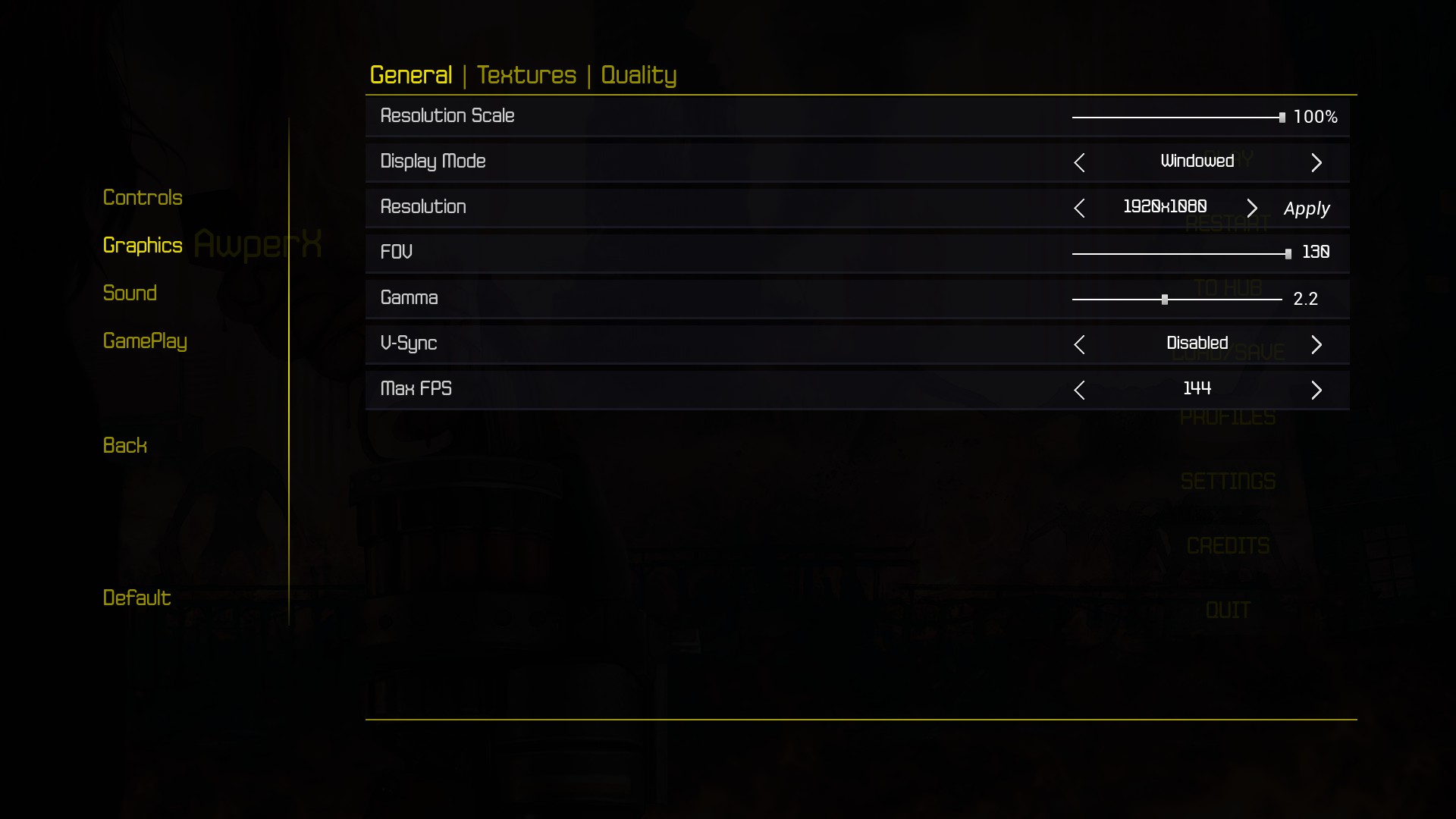 After you get your second weapon which is the shotgun, you literally become unstoppable. The shotgun is just ridiculously overpowered and can easily kill and headshot whatever comes in its path. The pistol is a secondary portable glass cannon that is kept aside when the shotgun is in play. 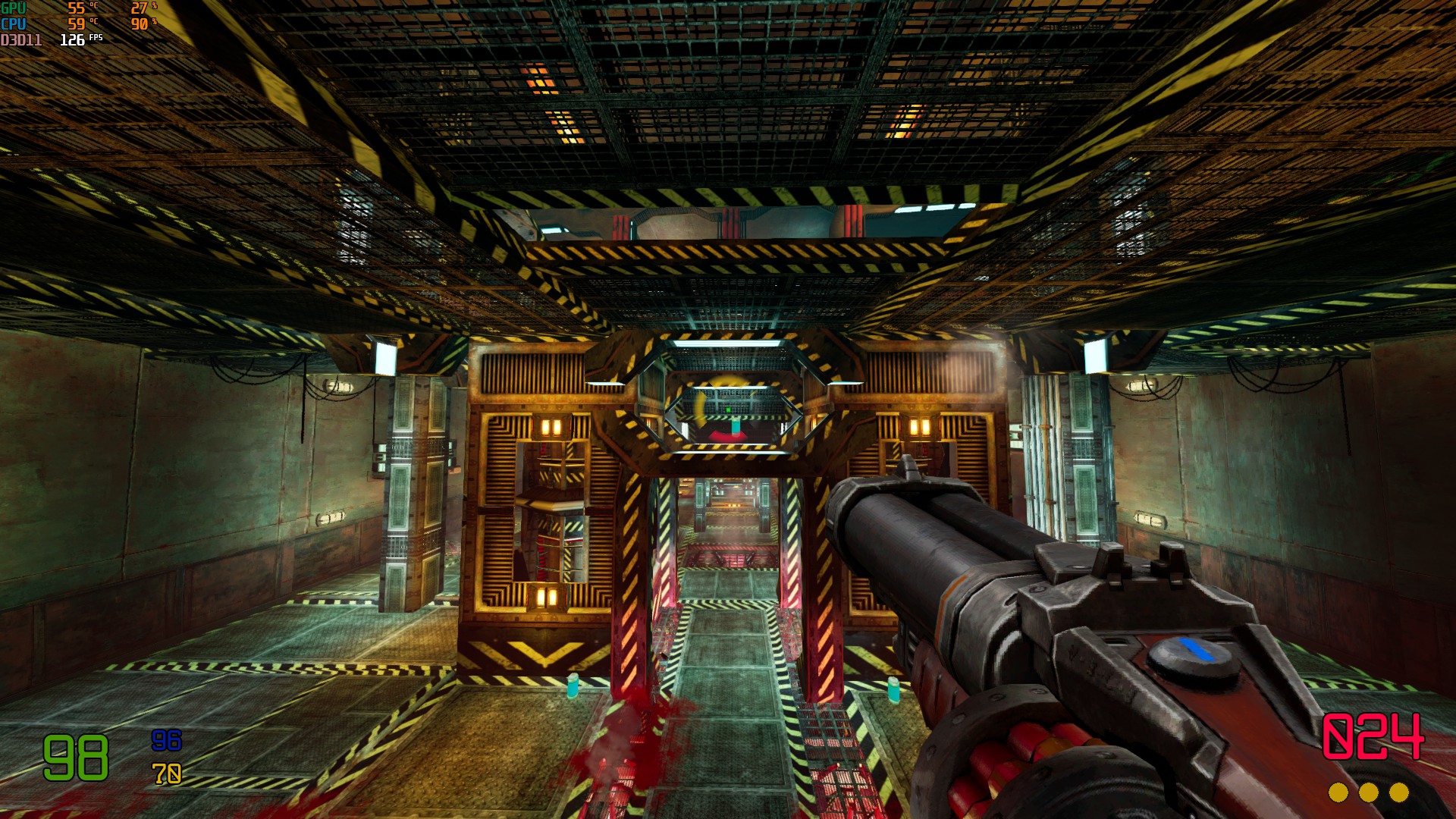 You can switch between weapons midway as well and you have no restriction on the player mobility and it feels good in S.C.A.R. There are a lot of extra options in the gameplay sections that include enabling features like Weapon and Water bobbing as well as Head bobbing. You can also enable spawning tombstones on enemy bodies after they die as well. These options can be enabled or disabled mid fights as well. 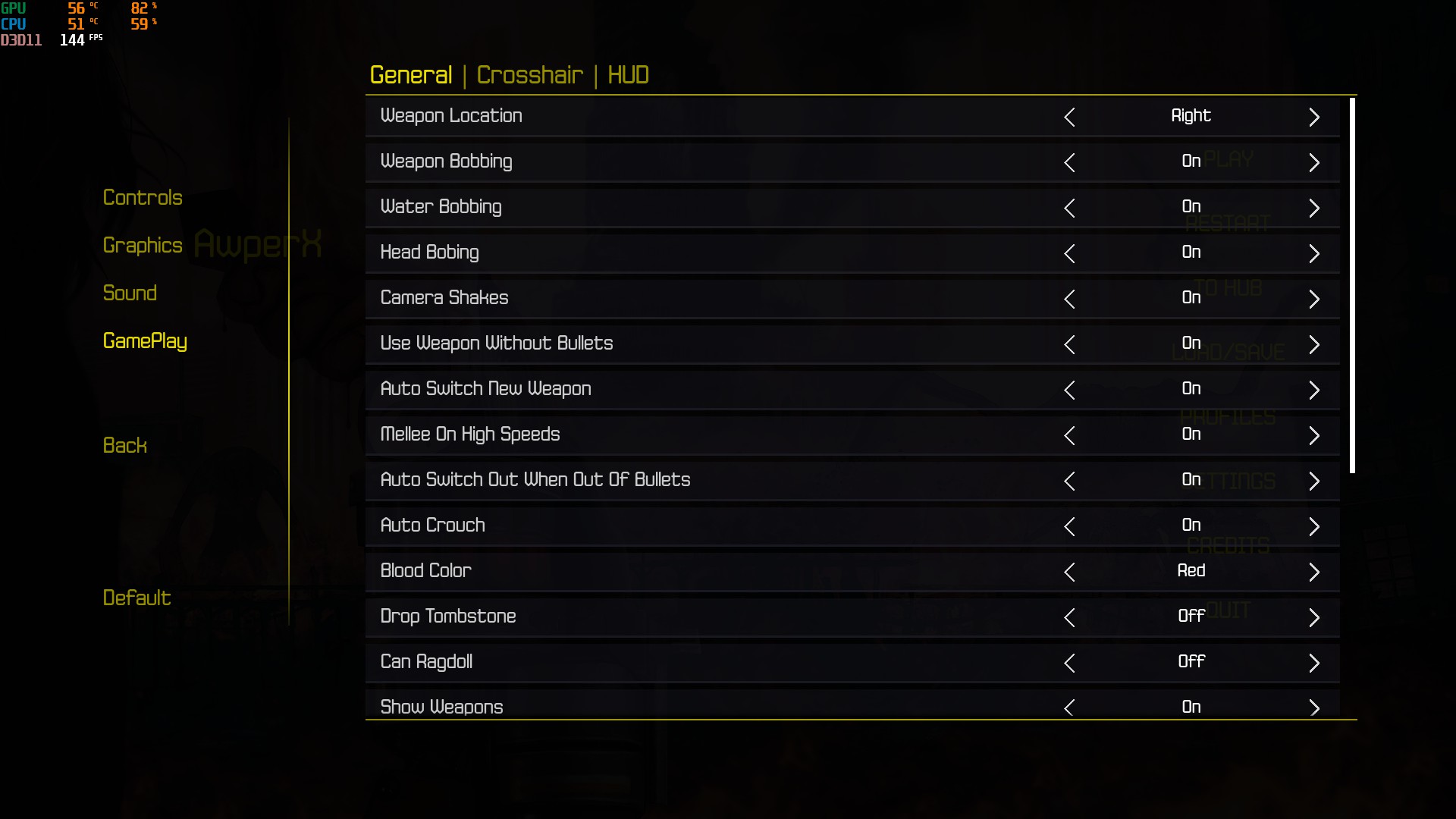 Coming to the negative parts of the game, there are a lot of technical difficulties with it. First of all, the game has issues opening certain doors, which cannot be unlocked unless you load your previous save files. So make sure you save your game often until they release a patch fix for it. Secondly, are very few varieties in weapons and the soundtrack. We have the same metal soundtrack running throughout the game which keeps running in a loop and there is nothing new to headbang to while playing. 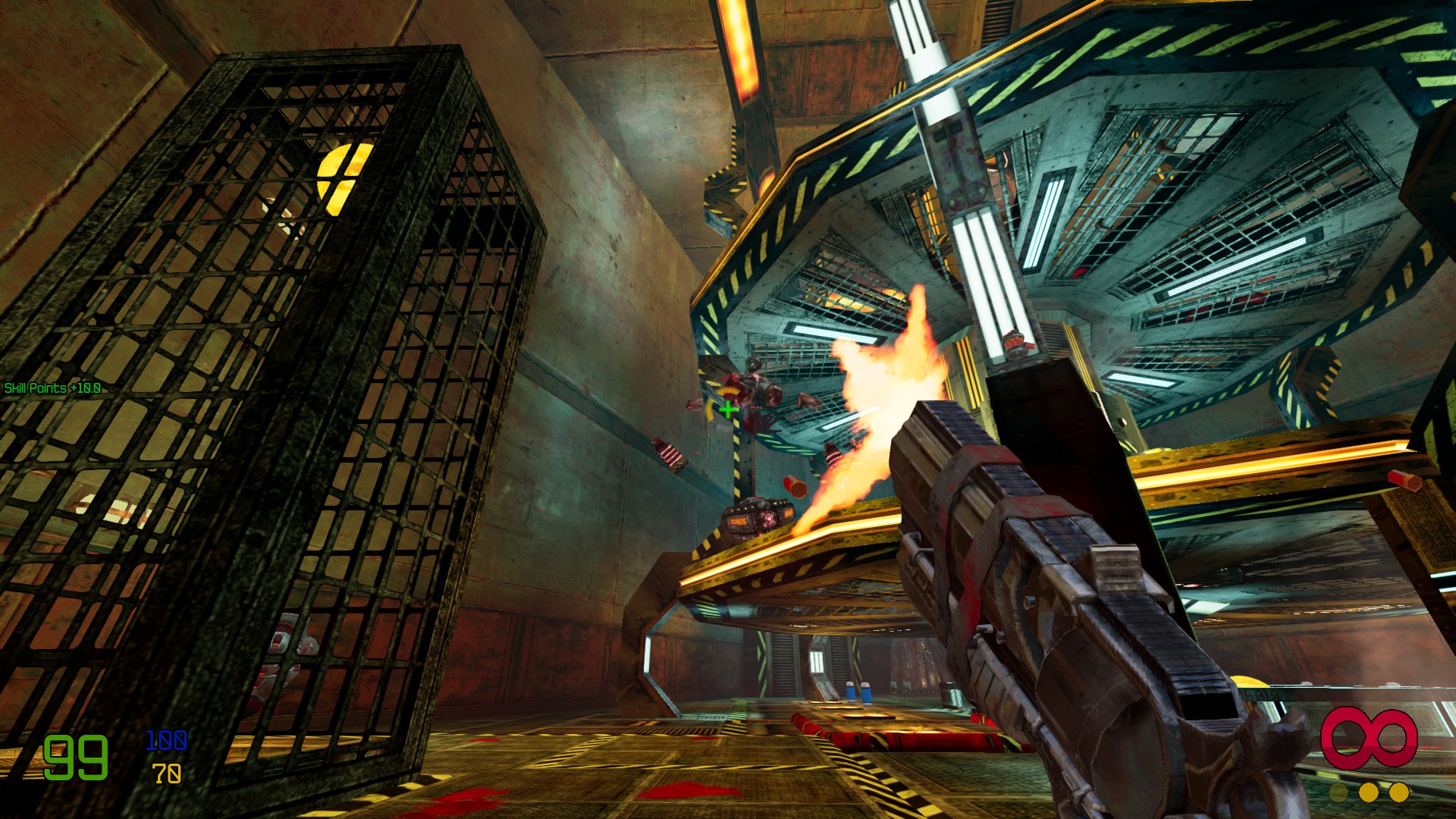 Other issues include hit registry and animations which need a lot of work Enemy varieties are less as well. But these things are still fine since the price of the game is only 199 INR in India. At this price, it kinda makes it hard for us to complain about anything in the game. Though, we would still want the devs to fix these issues especially the game-breaking ones like the doors not opening which prevents the player from moving forward into the game.

So overall, if you are someone who likes no brainer action just like DOOM and does not want to focus much on storytelling and just want to kill some demons, then this game is certainly for you if you do not mind the major and minor bugs that are present at the time of writing this review. Game will hopefully become much more playable once they release fixes at least for their major game-breaking bugs.