There have been plenty of souls like clones all over the internet lately, which have been nothing but a copy-paste of multiple art styles, combat, or even the weapon UI. Glad to say that Hellpoint is not one of those clones. It is an inspiration taken from Dark souls for sure, but it stands out entirely on its base with proper and profound lore and its world build up.

After several years into its development, Hellpoint finally releases today on Steam and consoles. Special thanks to Tinybuild/Cradle Games for providing me with a key early to do a proper in-depth review.

I always wanted a soul-like game in a futuristic space setting for a long time, and I finally got to experience it. The game feels exactly like dark souls in both combat and visual aid, with its own futuristic/cyberpunk-ish vibes and colors with black contrast to complement its visuals. 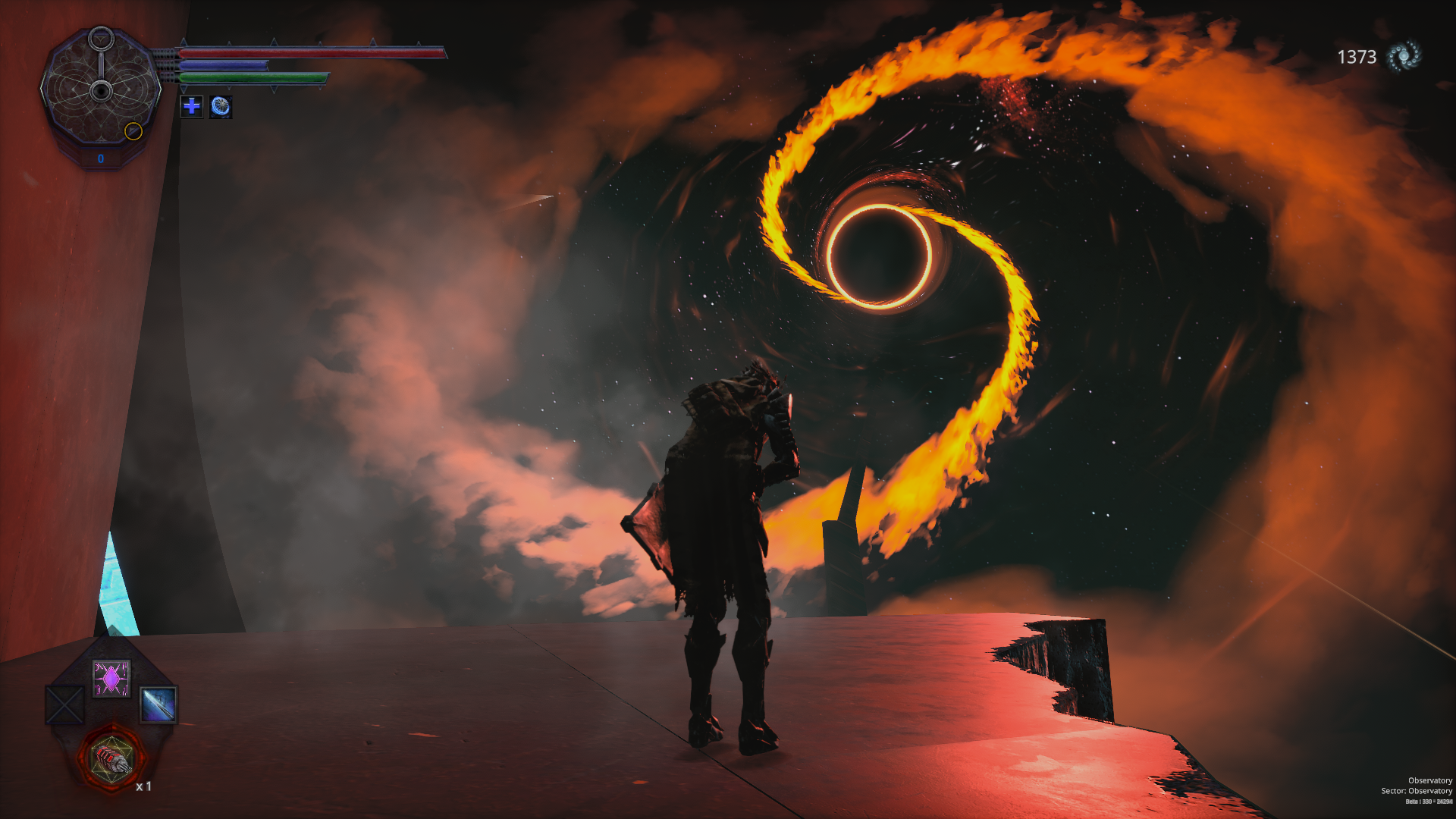 Hellpoint is set at a space station called Irid Novo, where you take the role of a 3d printed pawn of your creator whose agenda/scheme is unknown to the player, and you are given full control/freedom to do whatever you want.

Your primary mission is to collect a minimum of 100% of the data by going through different areas and exploring the deep space station and opening up breaches for checkpoints for easier traversal. There are multiple endings in this game and after you have beat it once, you will be taken over to New Game+ where you will have your current arsenal and weapons and would continue with your old knowledge of things to trying out different dialogues/ pathways leading to newer areas or even more unique enemies. 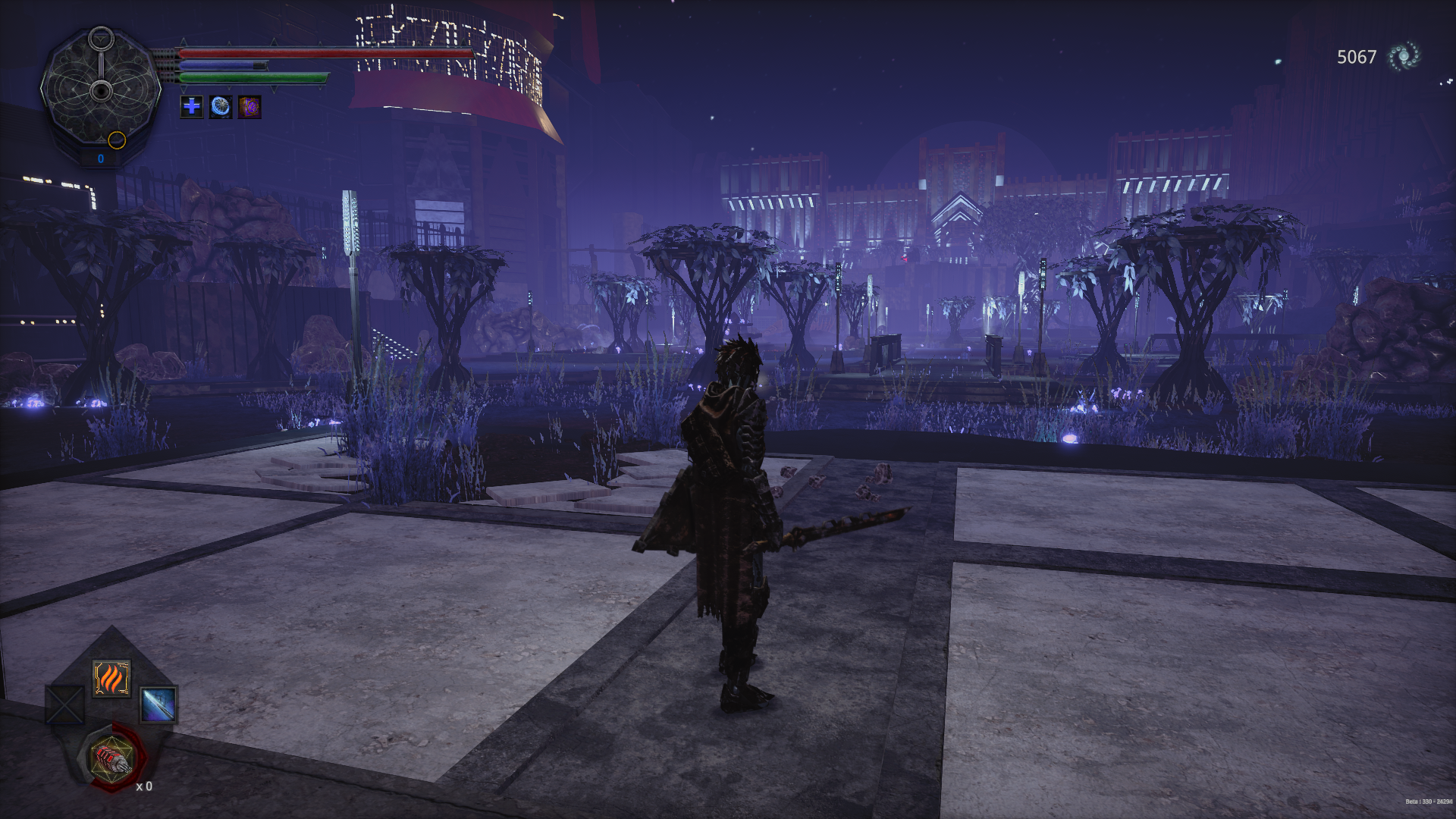 Several boss battles feel easier than the dark souls games, at least the early few enemies are more manageable for those who play RPG/soulslike games a lot. It will be a decent challenge for new players but would get easily adjusted to their attack patterns since most of them have 2-3 unique attacks and skillsets.

The attack animation, the enemy hitboxes, and the boss locations are well thought out with excellent visual fidelity. The entire Irid Novo and the surrounding areas in the space station have their designs and live characteristics, which makes it seem unique in its way. 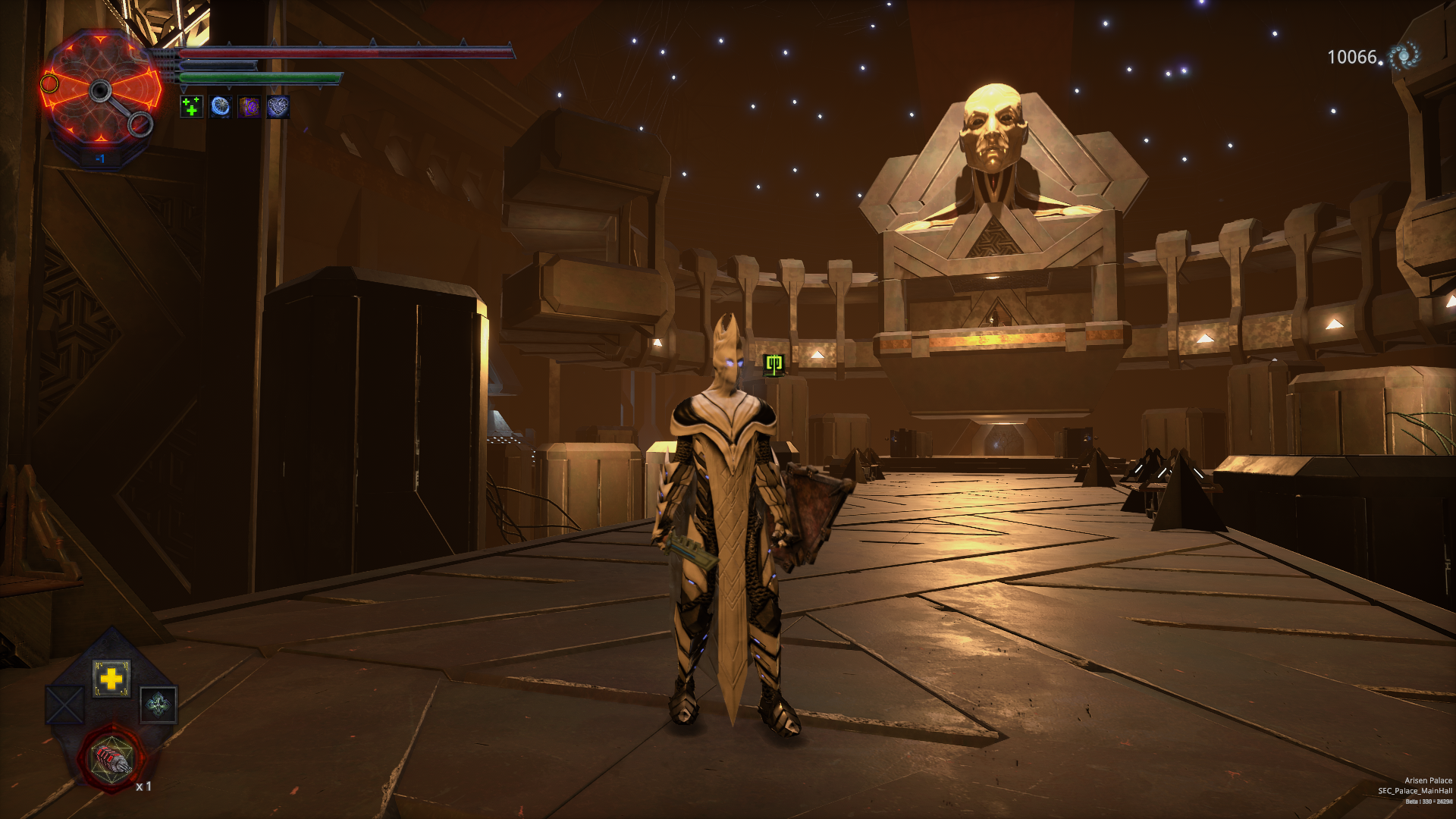 Hellpoint has its weapon variety, including melee weapons, ranged weapons, and magic weapons. While opening breaches, you will be greeted with the character augmentation screen where you can level up your character in whichever way you please. 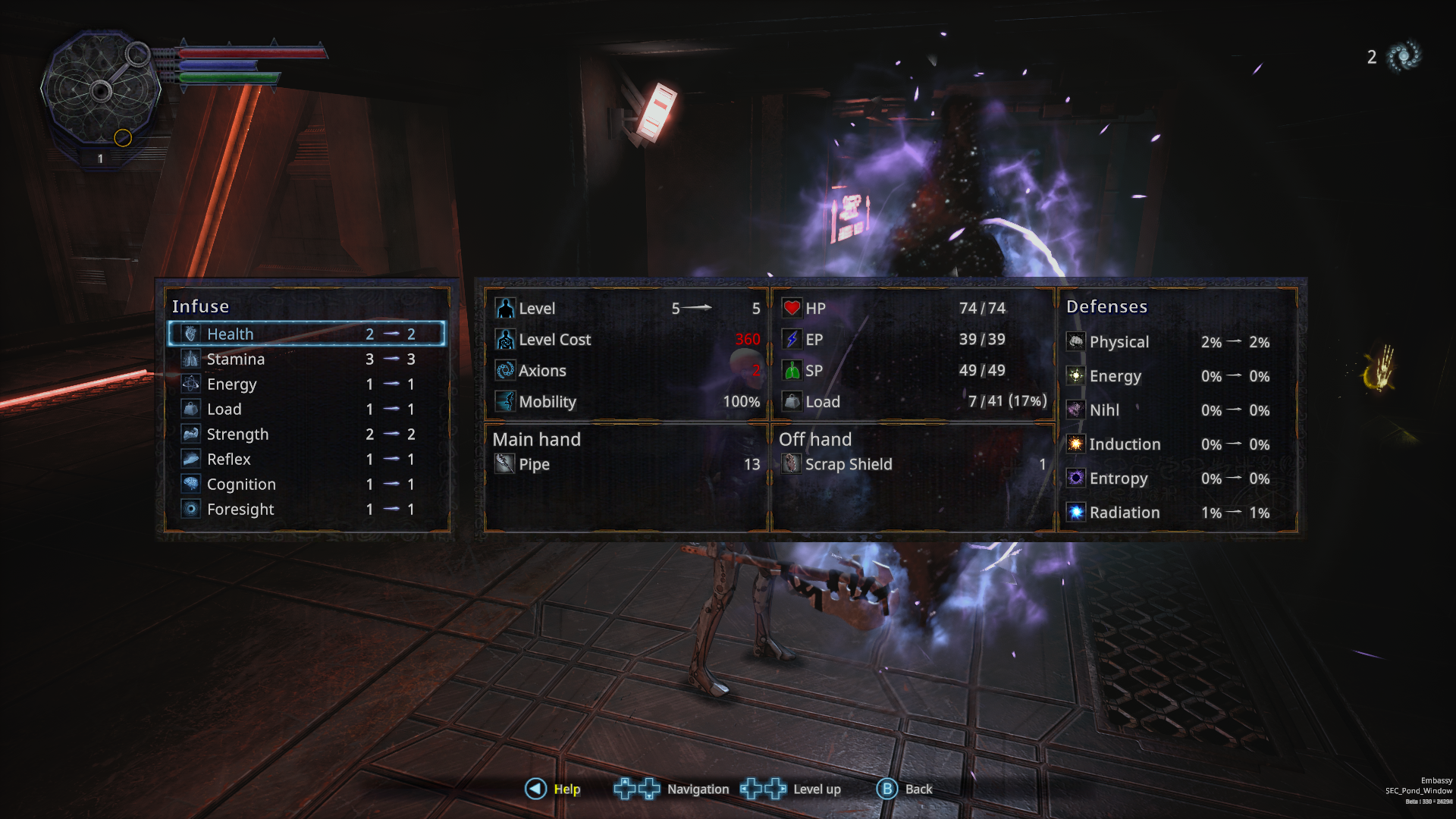 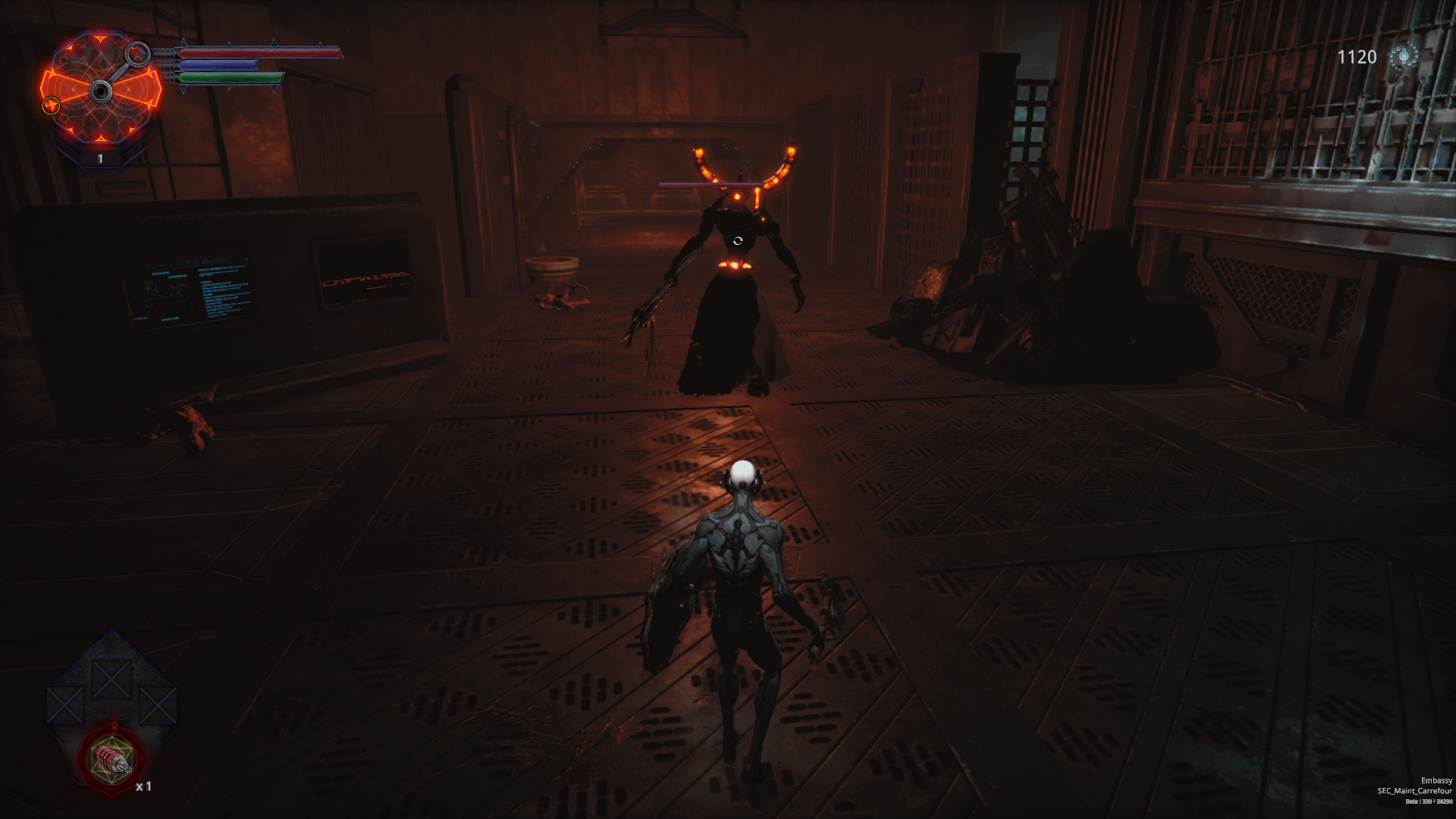 You will find extra health+1, weapon+1, and more such bonuses by exploring hidden areas only. It is essential to listen to various NPCs talk about such areas and to keep tabs on which location they are talking about to find such regions/passages. 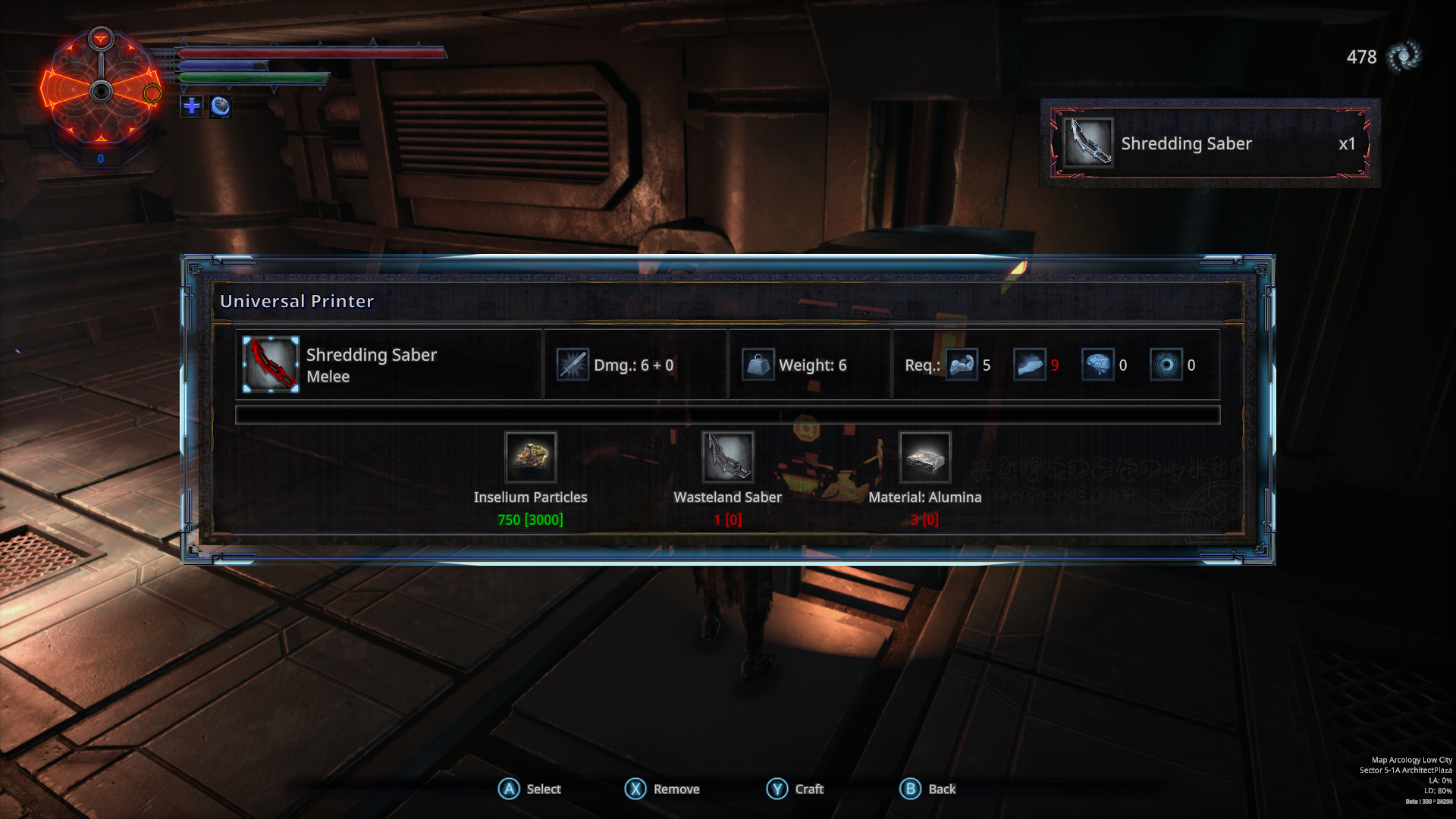 Another unique thing in Hellpoint is its time system. Every three o’clock and nine o’clock, the station passes thought a storm that brings multiple hordes of enemies in a red boss like area, defeating them would grant you better loot, or you could ignore it if you find yourself under-leveled or missing health portions.

Hellpoint also comes with the usual health, stamina, and energy meter, just like other souls-like games. The game’s setting and level design are what sets it apart from other games. There have been a few technical hiccups here and there, but the game is supposed to get a day one update, which would fix most of these issues, so people playing it after launch hopefully won’t usually encounter such problems. 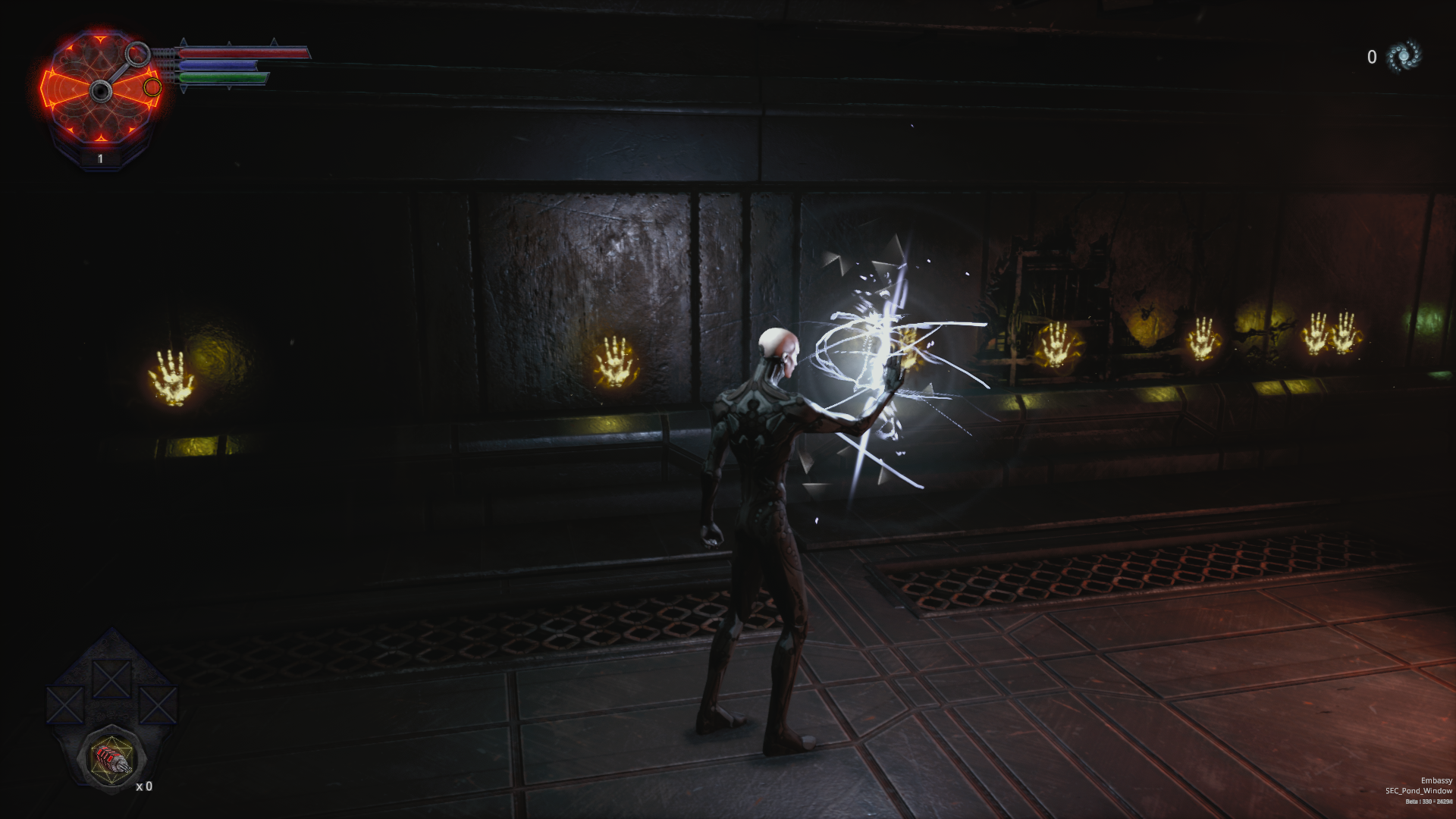 Another feature of Hellpoint is the inclusion of AI that fights you aggressively when you return to get your lost souls back after you die. It spawns every time you die and forces you to duel him to get your lost souls again. I liked this concept, but those who keep dying a lot in these games may get tedious or irritating when done multiple times.

Nowhere, will you feel that you are playing a soulslike clone of dark souls or any other game. After playing for a few hours, you will also realize that the settings feel exactly like dead space with its space theme and its very well thought out interconnected traversal just like bloodborne has. Every locked door goes somewhere, and finding them is essential since it holds keys/credentials to areas linked to the main game. 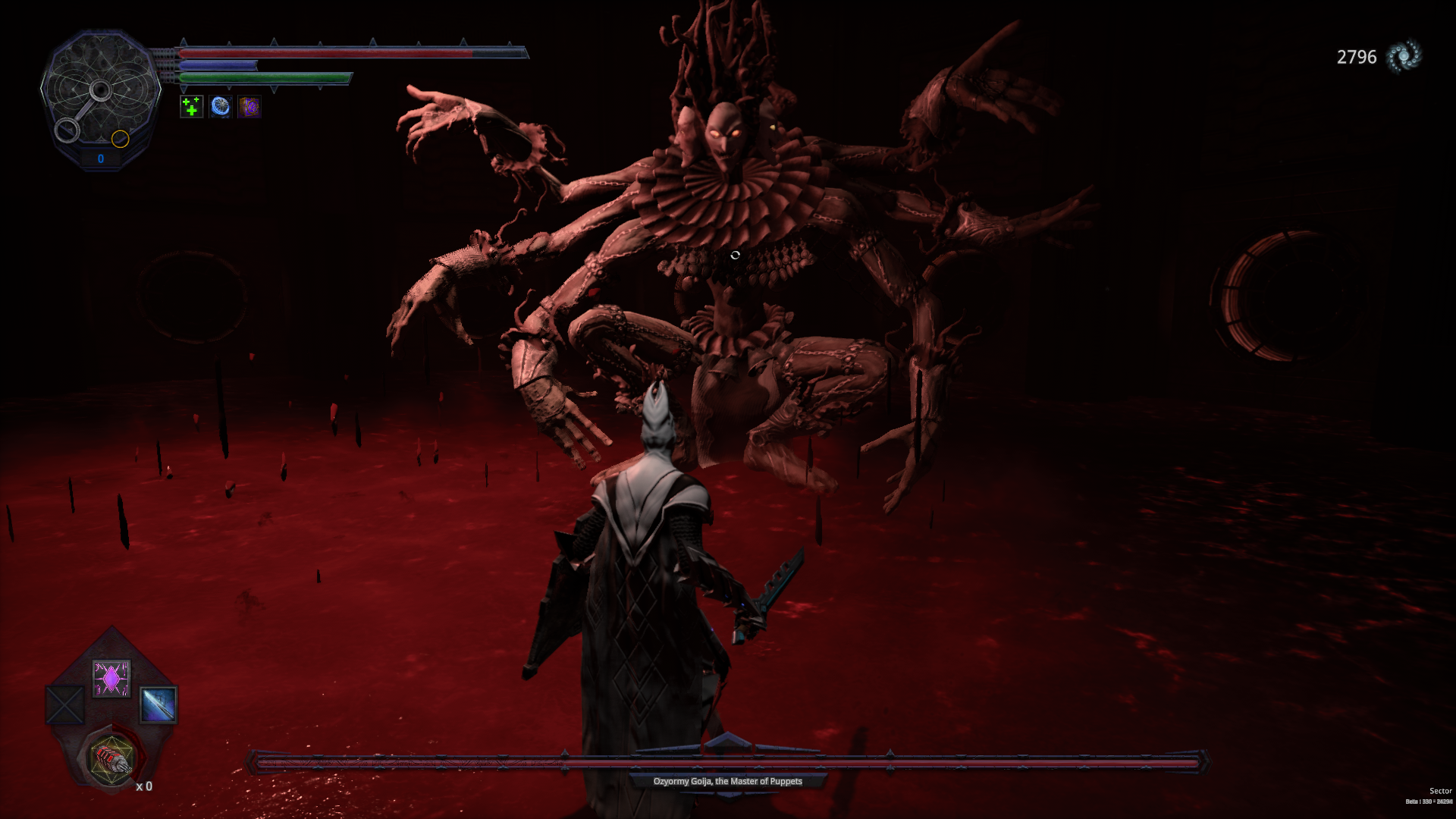 During your exploration, you will come across various NPC’s you can befriend or fight, however you please. Befriending them will lead you to new quests and side storylines and help you get to new breaches/places, which will make your exploration much more comfortable.

The exploration, the secret doors, the different weapon varieties make hellpoint one of the most replayable games out there with tons of things which a user won’t even notice up until they play it for the second or their third time. There are many locked doors, and solving puzzles opens a few of those doors, so know which ones do they open, you would need to figure out yourself. 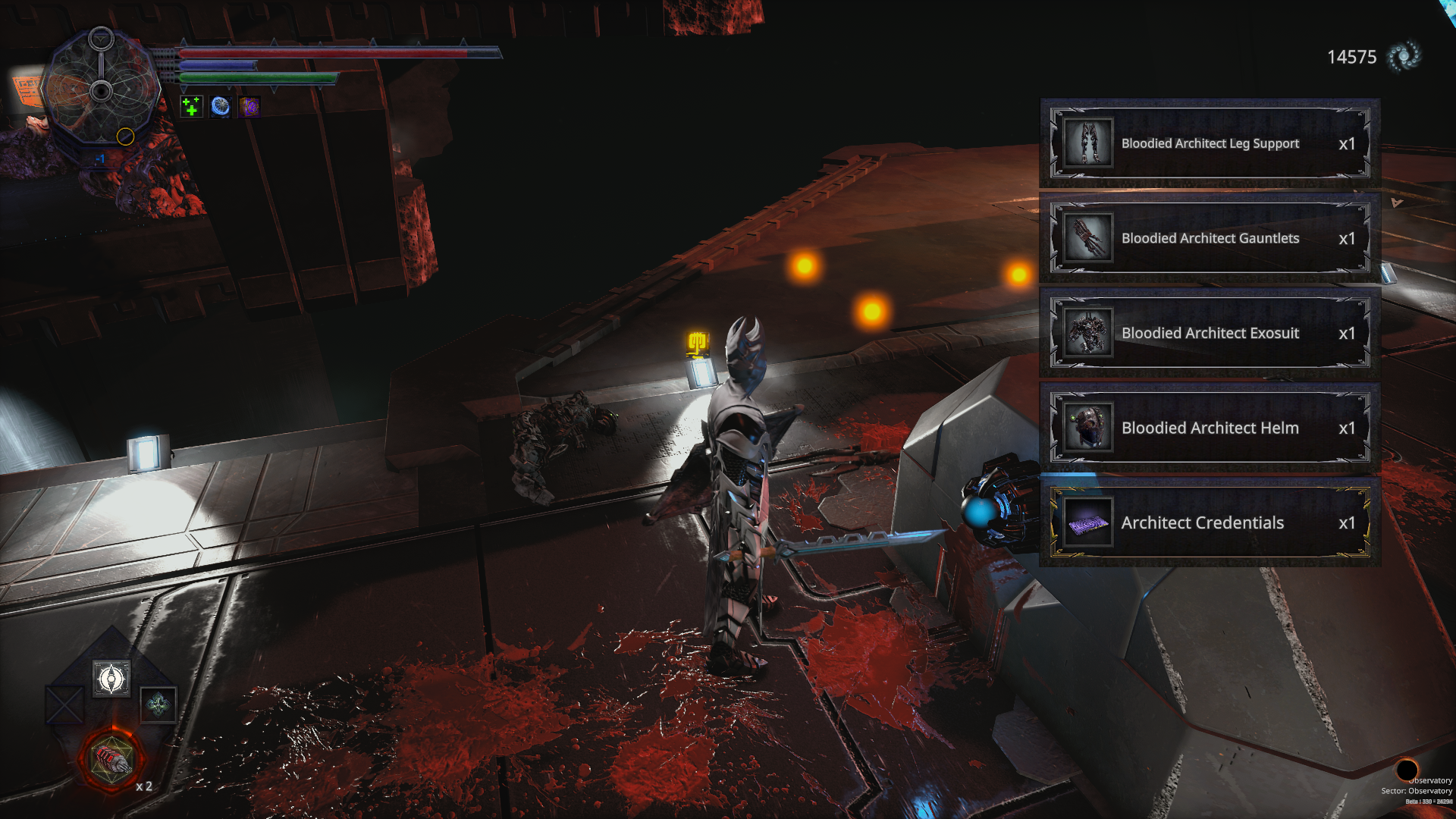 There are various weapon upgrades, health upgrades, and suit updates as well as you come across different ones depending on where you go and explore. The game rewards exploration the most; the farther you go, the more loot you would acquire by simply defeating bosses and exploring the different areas of the space station.

The soundtrack in Hellpoint was just a breeze. If you are someone who loves chill music and retro vibes, then you are in for a treat. The music differs in areas, boss battles, and also during combat. All the voice-overs of enemies and the bosses and even NPCs are in the space stations’ native language and NOT in English. The only way to know what they are saying is by following the subtitle below.

Let’s talk about the things I did not like. During combat, there are areas when the definite hit doesn’t register, leading to massive damage dealt by the foe. Another problem is the enemy AI which sometimes gets stuck in staircases leading to being stuck in an infinite loop of going up and down the stairs and not attacking the player. There have been a few fps drops here n there but nothing to be amazed about since it recovers quickly.

Minor technical issues aside, for the price of only 607 INR on steam, Hellpoint delivers an amazing location,  main and side quests, interconnected exploration, gameplay and replayability to the players and especially a visual treat to the souls like fans who have been dying to play a souls-like game located in space.

The Last of Us Part 2 PS4 Review: Cycle of Violence