Somewhere off in the distance, a flickering orange light pinpoints the location of your camp as you quietly sneak through the woods, bow in hand. You are miles away from civilization, something Arthur Morgan probably is thankful for, considering his disdain for the onslaught of elites from New York and Washington on his way of life. It’s within these moments of tracking your prey, and sometimes becoming the prey yourself, that Red Dead Redemption 2 shines the brightest. There is no reason to head back to civilization, to the towns filled with low-lives and outlaws, except to sell the spoils of the hunt, both four-legged, and two. 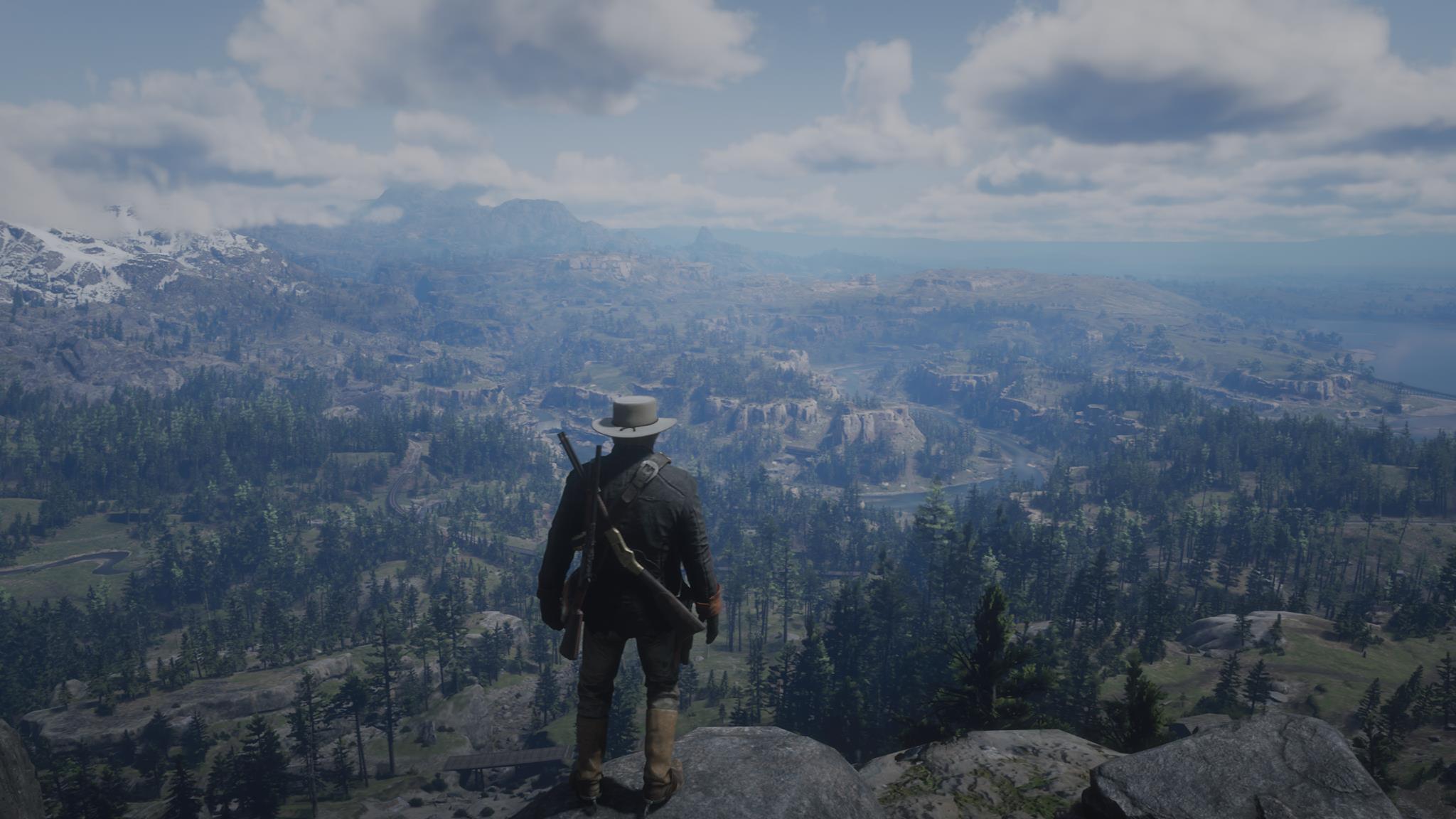 That being said, Red Dead Redemption 2 is not a hunting simulator, neither is it a video game where you fish and forage the land for survival. Players can spend the entire 60-odd hours of the story completely ignoring these aspects of the game, except in missions where you are introduced to the mechanic. The beauty of the game is that you actively want to spend time in the wilds, absorbing the views, and listening intently to the sounds of nature. In signature Rockstar Games style, the infamous studio has gone out of their way to ensure the sound design is as authentic as possible.

The world of Red Dead Redemption 2 is its own character, home to people from all walks of life. The world design is a love letter to the rugged landscape of America, with each snow-capped mountain, and deep valleys recreated with peerless attention to detail. From the dirty-faced peasant, wiping the sweat off their brows in the muddy town of Valentine, to the rich, cigarette-smoking, poker-player bourgeois of Saint-Denis, the NPCs and their surroundings hold your attention effortlessly.

Hearing an owl hoot in the distance as you prepare to leave your camp, only to be greeted by trees swaying in the wind, and the calls of wild animals running about is an experience that never gets old. Riding along a cliff and taking in the full might of this impressive sandbox is also a guaranteed jaw-drop. Later in the game, when you revisit familiar stomping grounds, the sheer scale of what lies ahead of you is mind-boggling.

Be Rootin, Be Shootin, and Be Whatever You Want 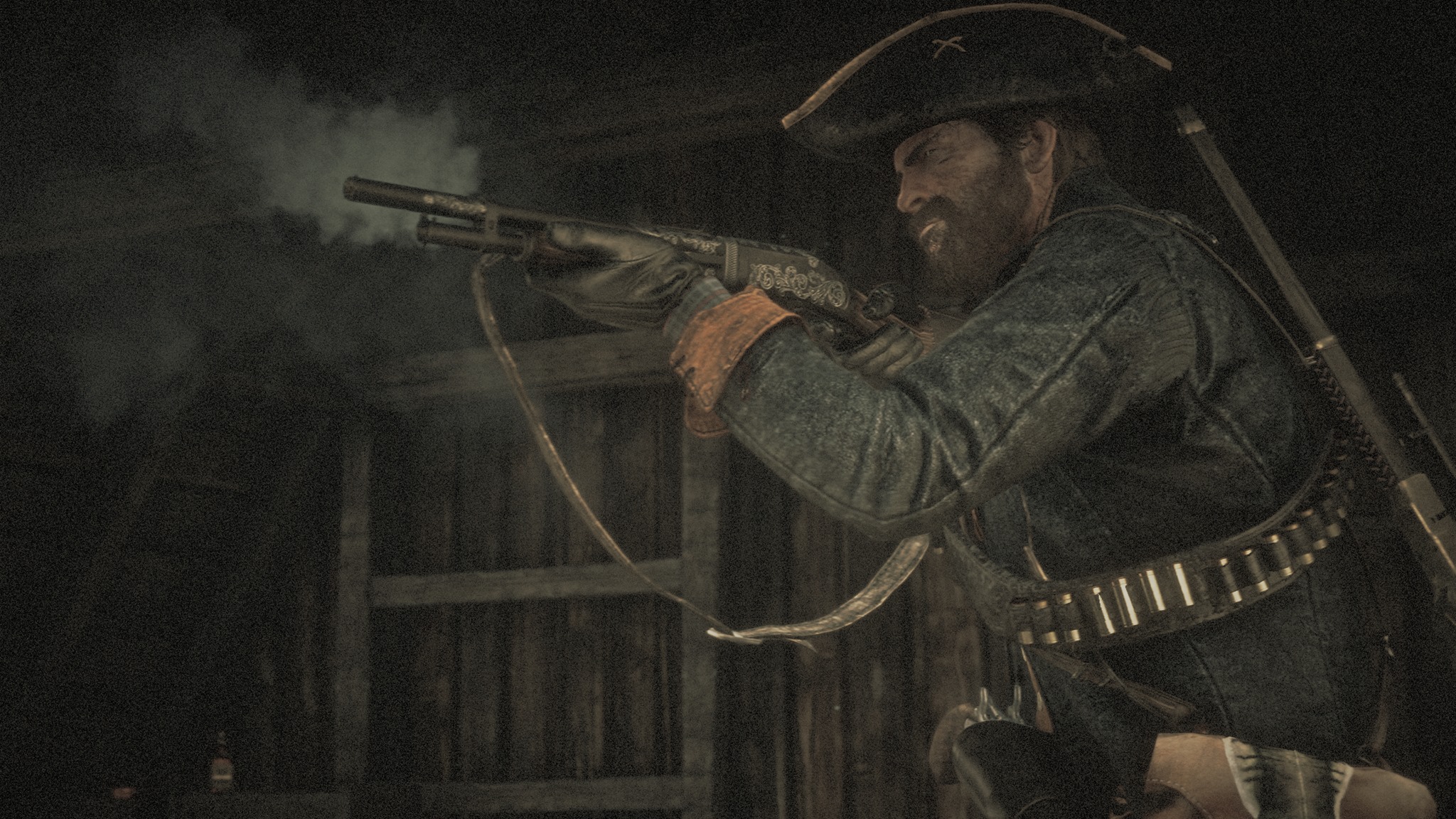 With the original Red Dead Redemption, Rockstar made an attempt to address the dissonance between player actions, and the character motivations of their protagonists by introducing a karma system. No doubt, spurred by the criticism of GTA 4’s protagonist Niko Bellic being a conflicted war veteran, who thinks twice before killing in story missions, but blows up an entire block worth of cars in free-roam.

Arthur Morgan suits this system better. Indeed, much better than John Marston did. Unlike a more mature Marston in the first game, Morgan doesn’t have any qualms committing murder, robberies, and assault in the name of Dutch van Der Linde. However, he still is a deeply conflicted man with his own motivations. The bright blue-eyed boy that joined Dutch as a young lad may have grown to be a grizzled outlaw, but he retains a subtle sensitivity, strongly supported by his pocket journal.

I highly recommend reading Arthur’s trusty journal. It bridges that rare gap between the novelization of a video game to the product itself. Offering insights into the mind of the protagonist, Morgan’s personal notes reveal him to be a deeply intelligent man, who is just as taken by the beauty around him, just as surprised as the milk of human kindness (sorry, I always wanted to use that term) as we are. It humanizes him. 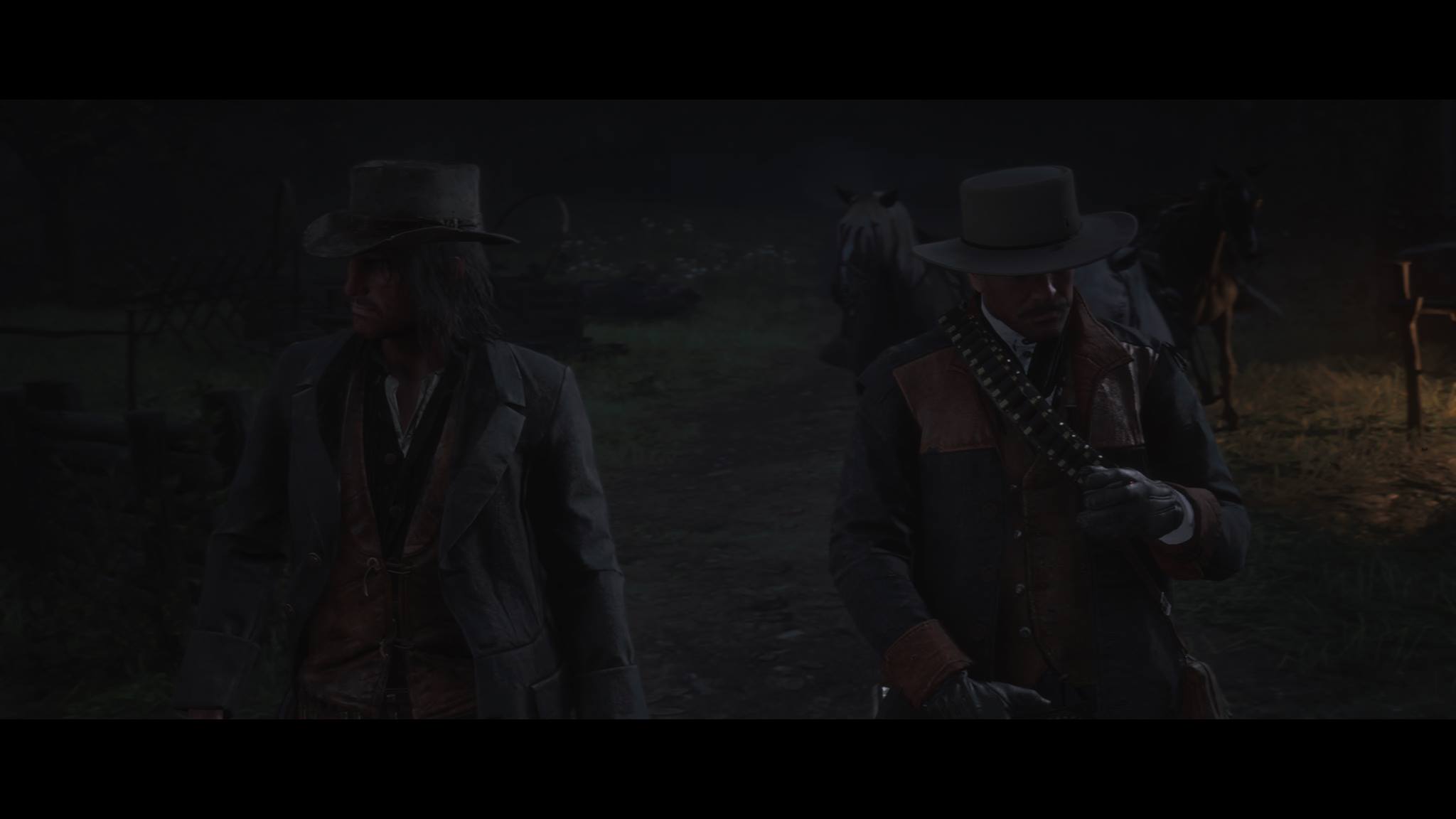 Red Dead Redemption 2 is a magnum opus in video game storytelling. It uses the dying days of the old west to spin a tale of bravery, friendship, and honor. It does not shy away from showing the suffering of the oppressed, although I wish it wasn’t just a plot point to advance the story. The game enraptures you from the moment you push through a nearly opaque blizzard and doesn’t let go till the very end.

The storytelling would not be half as effective as it is, had it not been for the impeccable performances from the cast members. Roger Clark’s Arthur Morgan is a delight. With fans pouring over nearly every line of dialogue, Clark has become somewhat of an internet celebrity, reveling in his newfound fame. Rob Wiethoff returns as John Marston, and his acting as a younger, much more naive man is in stark contrast to the steadfast straight shooter he was in the first game. This allows players to appreciate the character growth he goes through, as we see Martson mature over the course of the game into the man he would eventually become.

Others, like Benjamin Byron Davis, another returning cast member who plays the silver-tongued Dutch, are a delight every time they’re on screen. But, much like Steven Ogg’s Trevor Philips from GTA V, this game’s breakout role goes to Peter Blomquist, who plays the acidic Micah Bell to great effect. You want to punch this man in the face every time he is seen at camp. If only the game didn’t hold you back.

A Rich Experience, Maybe Too Rich 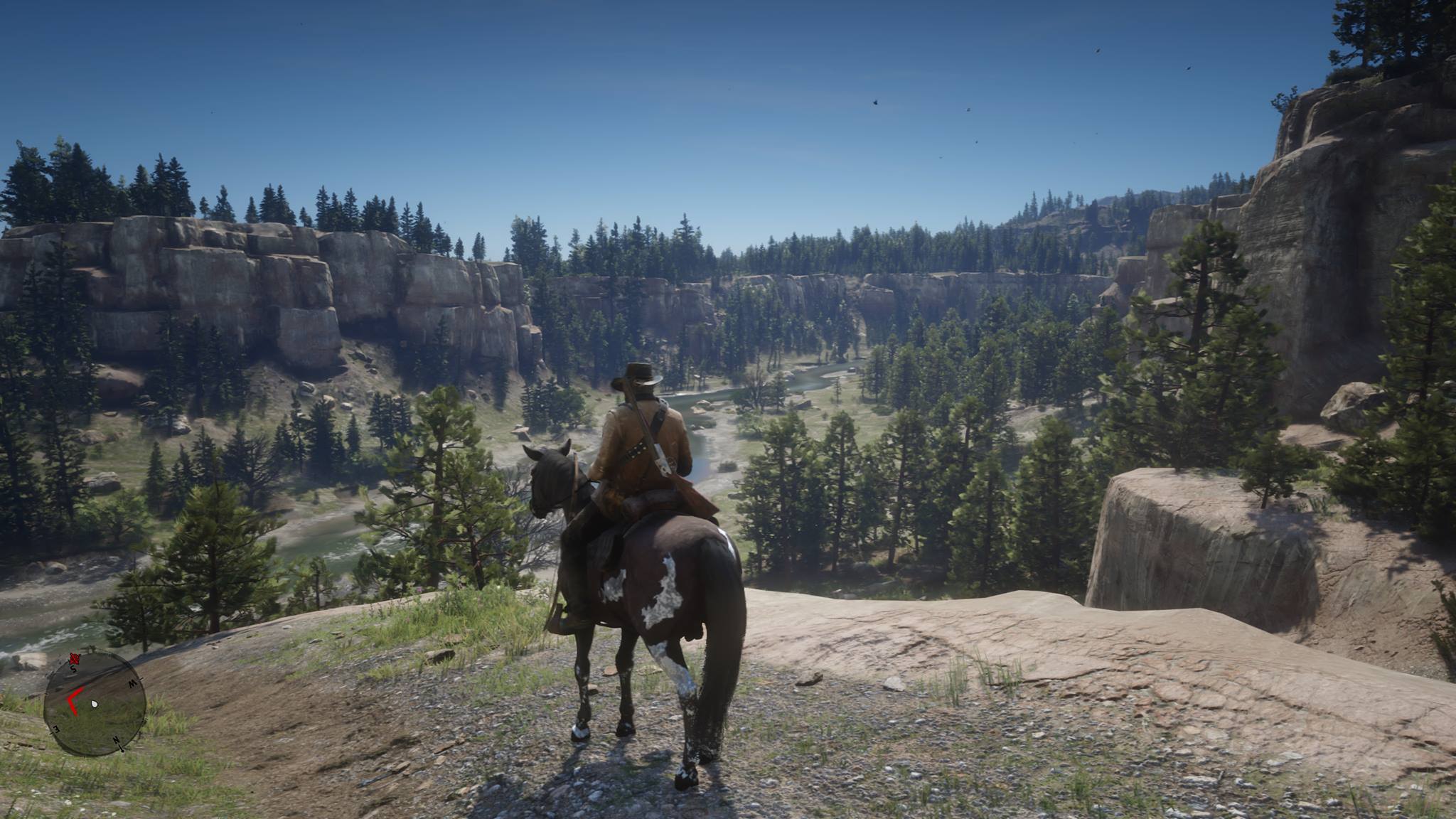 The game is not without faults. Overly done animations for each and every action can slow down the pace of an already leisurely-paced game. You may curl up the first time Arthur skins an animal, but the same unskippable animation gets really old, really fast. Arthur also controls like a tank on jello, and there is a noticeable delay in input due to all the game’s luxurious animations.

Thankfully, the standard high framerate on PC alleviates this issue somewhat. The animations look much smoother, and Arthur goes through the entire animation set without making it look as laborious as it does on consoles. Of course, getting those standard high frame rates on PC is an entirely different issue, which we will get to in a moment.

Apart from the animations, the controls are questionable. While I’ve not faced as many issues with the mapping, there have been incidents where I punched people instead of speaking to them or blew their faces off instead of tackling due to the animations and my own silliness with the controller. Maybe we’re getting to a point where a controller just isn’t enough. Half-Life: Alyx, anyone?

The PC port is bad. There is no sugar coating it. I couldn’t play the game for three days post-launch due to issues with the Rockstar Launcher. While it is not as bad as Devil May Cry 3’s port job on PC, it might be just as frustrating. Luckily, an hour or two of tweaking in the settings is helpful, but it might just be easier to give up and play the game, frame drops and all.

However, for those of us who love tinkering under the hood, Rockstar provides a bevy of options to play with. The game looks much sharper on PC, and the great draw distance was of help for the sharpshooter challenges. At this point, I’m struggling to say something positive about the PC port, but if it wasn’t for my strong preference for 60 FPS, I would have gone back to the PS4 version in a heartbeat. 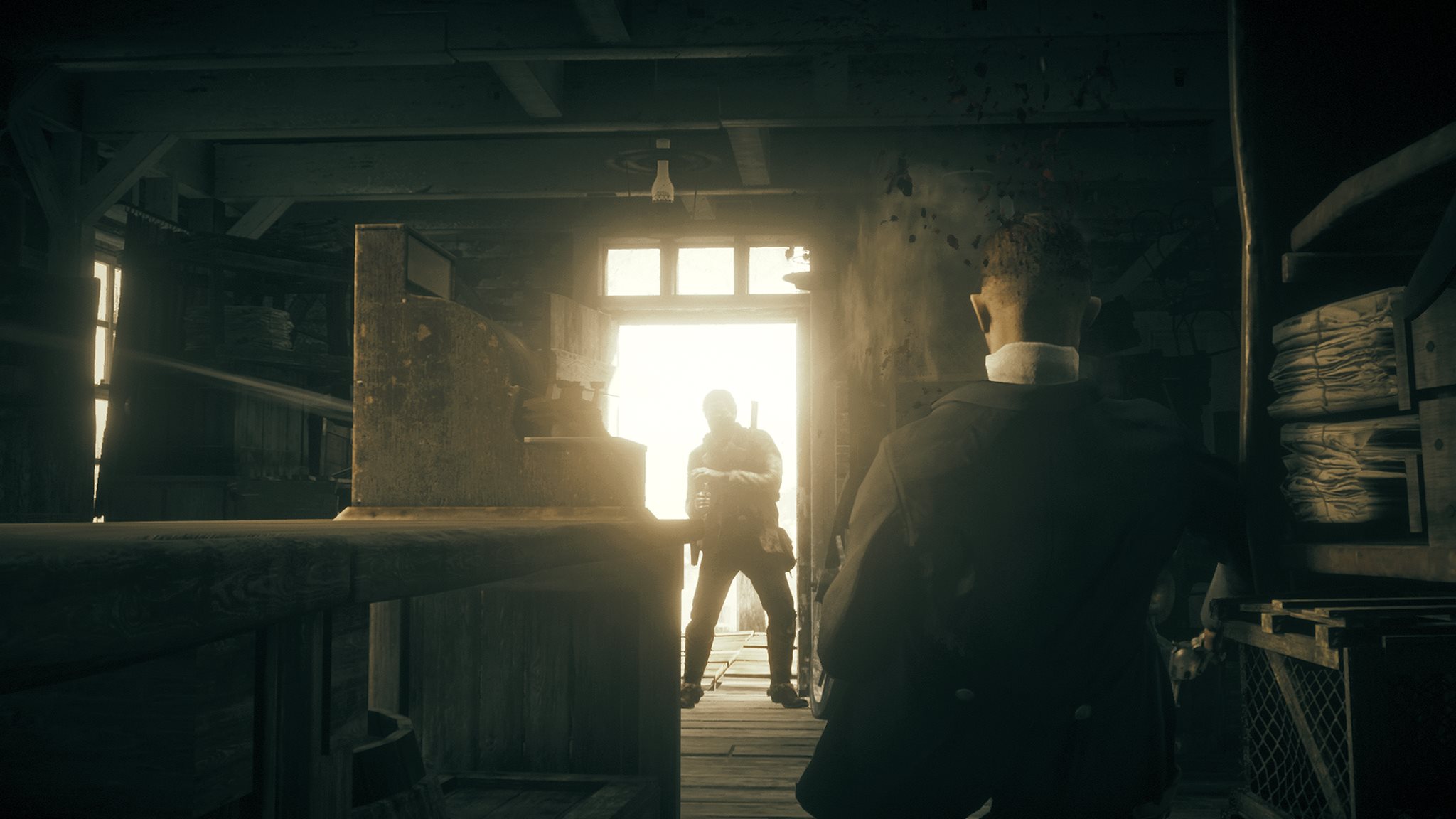 Cinema purists often scoff at video game storytelling. A pity, for there isn’t a piece of media in the world today that tells the story of a gunslinger’s folly with as much nuance as Red Dead Redemption 2. The adage ‘Live by the sword, die by the sword’ is nothing new to video games, neither are games set in the wild west. What makes Rockstar’s second entry into this already iconic franchise memorable is how they choose to tell that story, powered by a fantastic coterie of characters.

Red Dead Redemption 2 PC  is not without issues, what with its irritating animation cycles, and janky controls, but there is no doubt that this game is an industry-standard. It is also the mind-blowing world design, where you can spend hours upon hours just listening to the roar of a waterfall, punctured occasionally by the local wildlife, and if you’re lucky, a cougar’s roar.

Right before it eats you, that is.

Send me food and video games for blessings