Are you an 80s gamer, or simply an aficionado of retro games, looking for a chill gaming session along with a huge wave of nostalgia?

A few hours of digital decapitation and pixelated gore?

Have you been looking for an AA Metroidvania where you can hack and slash past waves of enemies, while you dance off mentally to an amazing soundtrack?

Look no further, because Narita Boy from Studio Koba is here to do that and more! 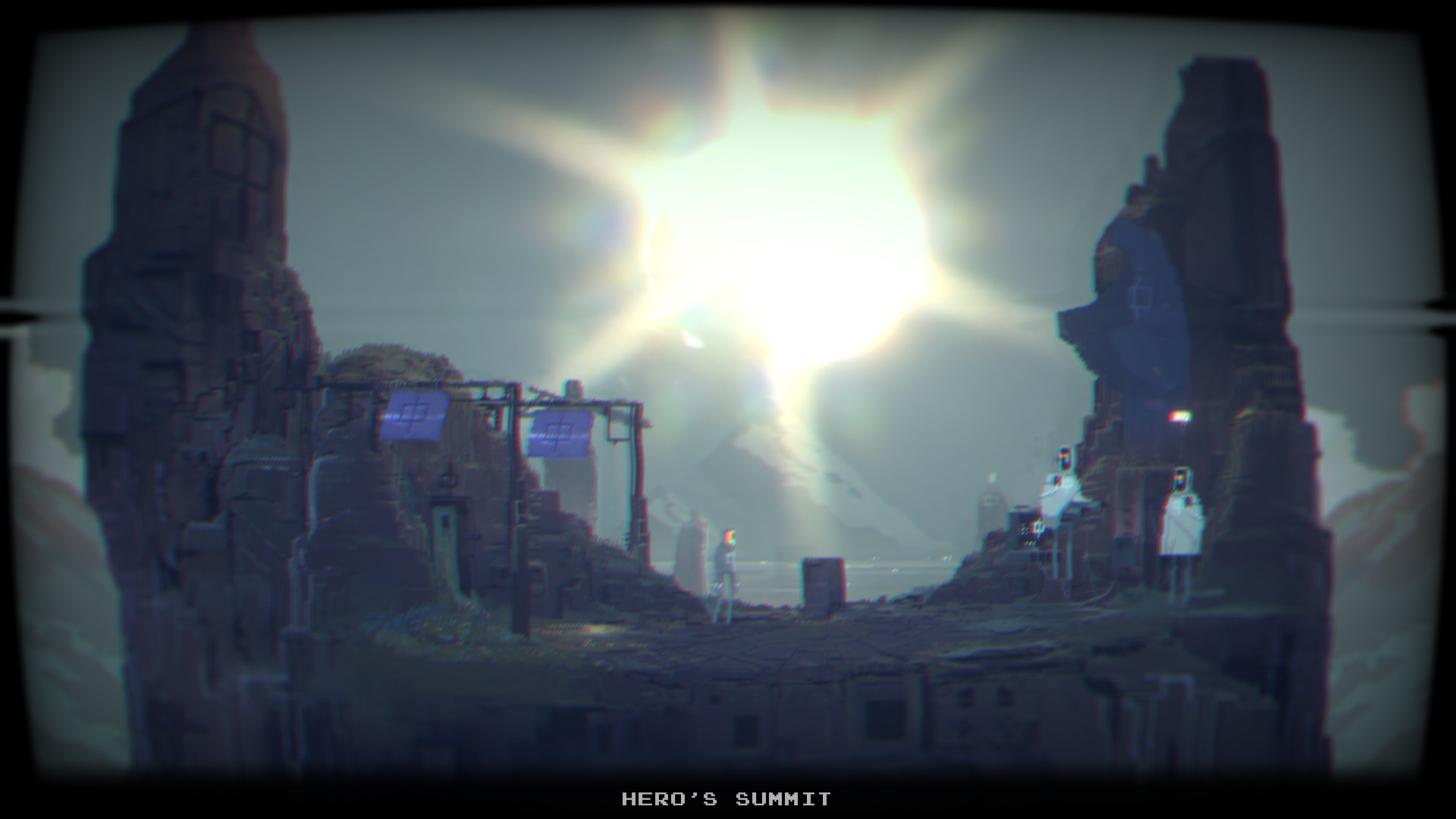 The story of Narita Boy shows off two worlds that are in stark contrast to each other. The mainstay of the story shows off the inside of a console, a unique pixelated world where the inhabitants are Code personified, where the dwellings are wire meshes and people ride on floppy disks. A world that contains both technical and mythical elements equally. It’s inside this console that our story starts when a portion of the code, HIM, has let loose his army of evil pixelated villains on the entire Digital Kingdom, which is slowly falling into ruin. The Creator, who made the whole software, needs to regain his memories to help vanquish the forces of HIM. It’s in the middle of this war, that the people of the Digital Kingdom call on our titular hero, Narita Boy, who, armed with his Techno-Sword can put an end to this once and for all. 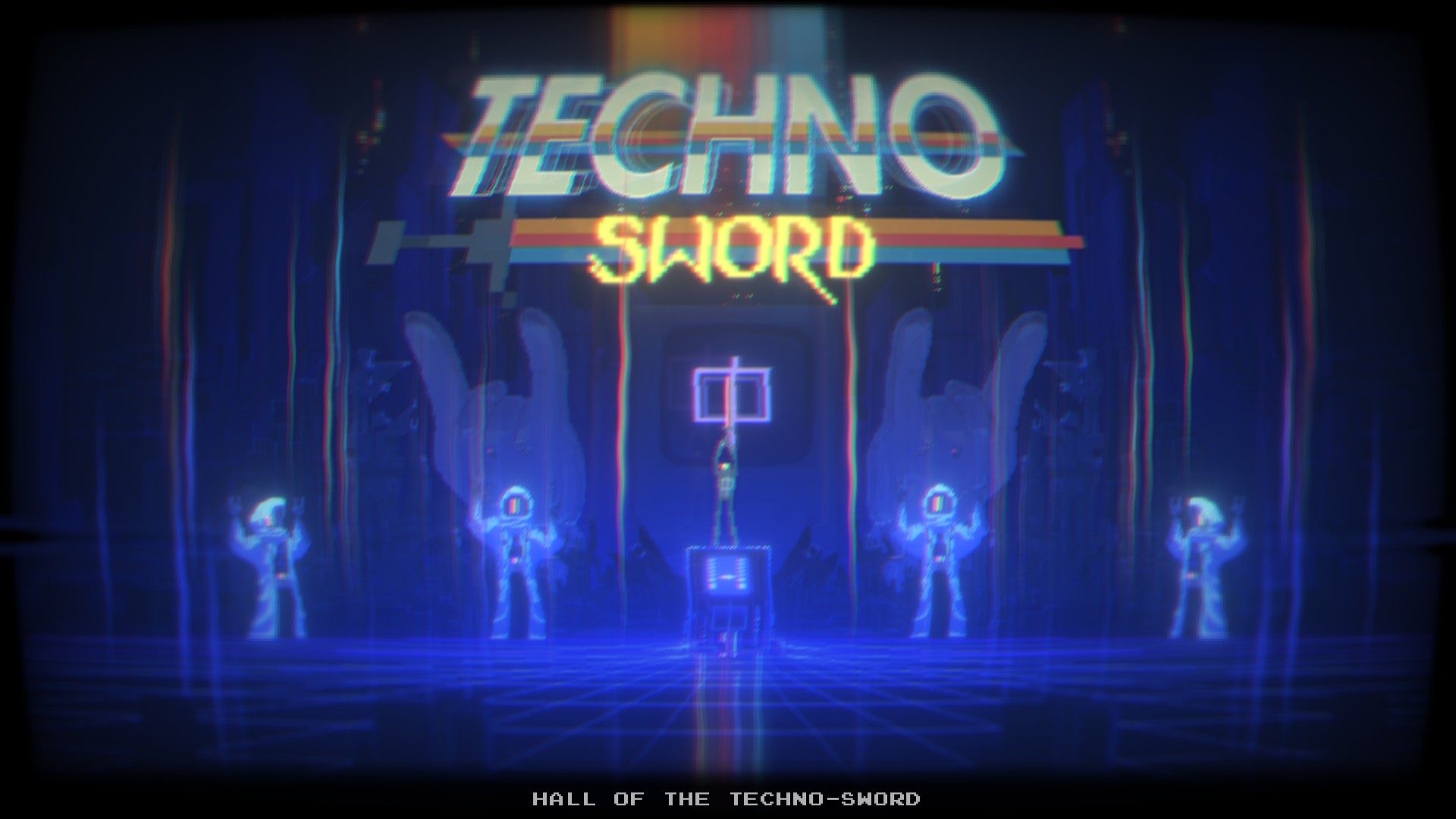 The story does an amazing job of portraying the emotions of creatures which are nothing more than programs. They weep for their own, they feel despair, they have their own religion where they worship the Creator, they have their priests and even a holy Mother called Motherboard who keeps helping Narita Boy in his adventures. 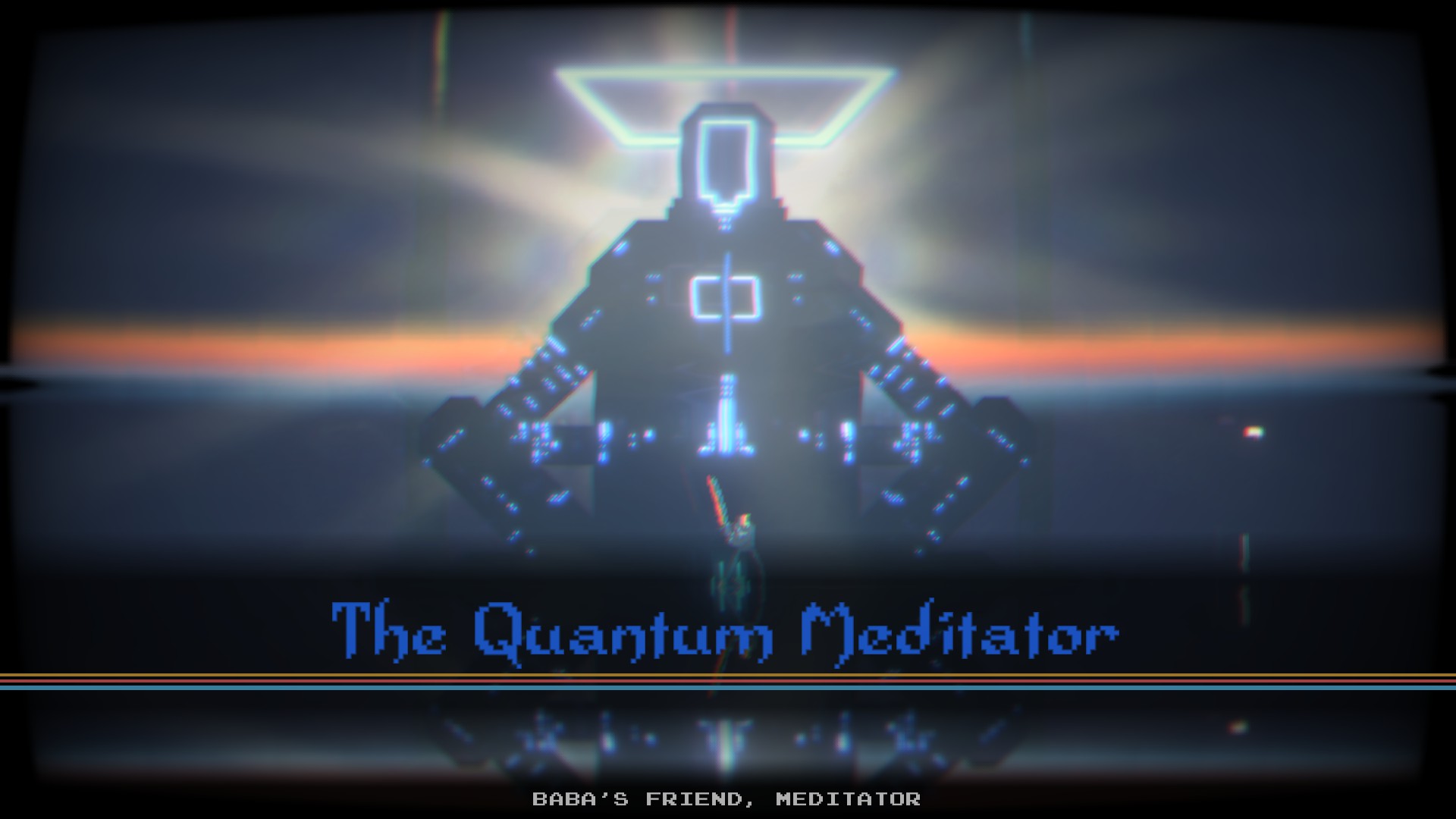 The other part of the story is entirely different, and it is something that we can relate to, even more. While restoring the Creator’s memories, we, as Narita Boy, have to look for floppy disks containing data on the man who actually created the console. This takes us back to Japan in the 80s and we see the story of a boy… How he lost his mother, his childhood, his obsession with the invention which made him lose his wife and son, and the birth of the Digital Kingdom. That story is often sorrowful and it is probably the part of the game that I was the most affected by. 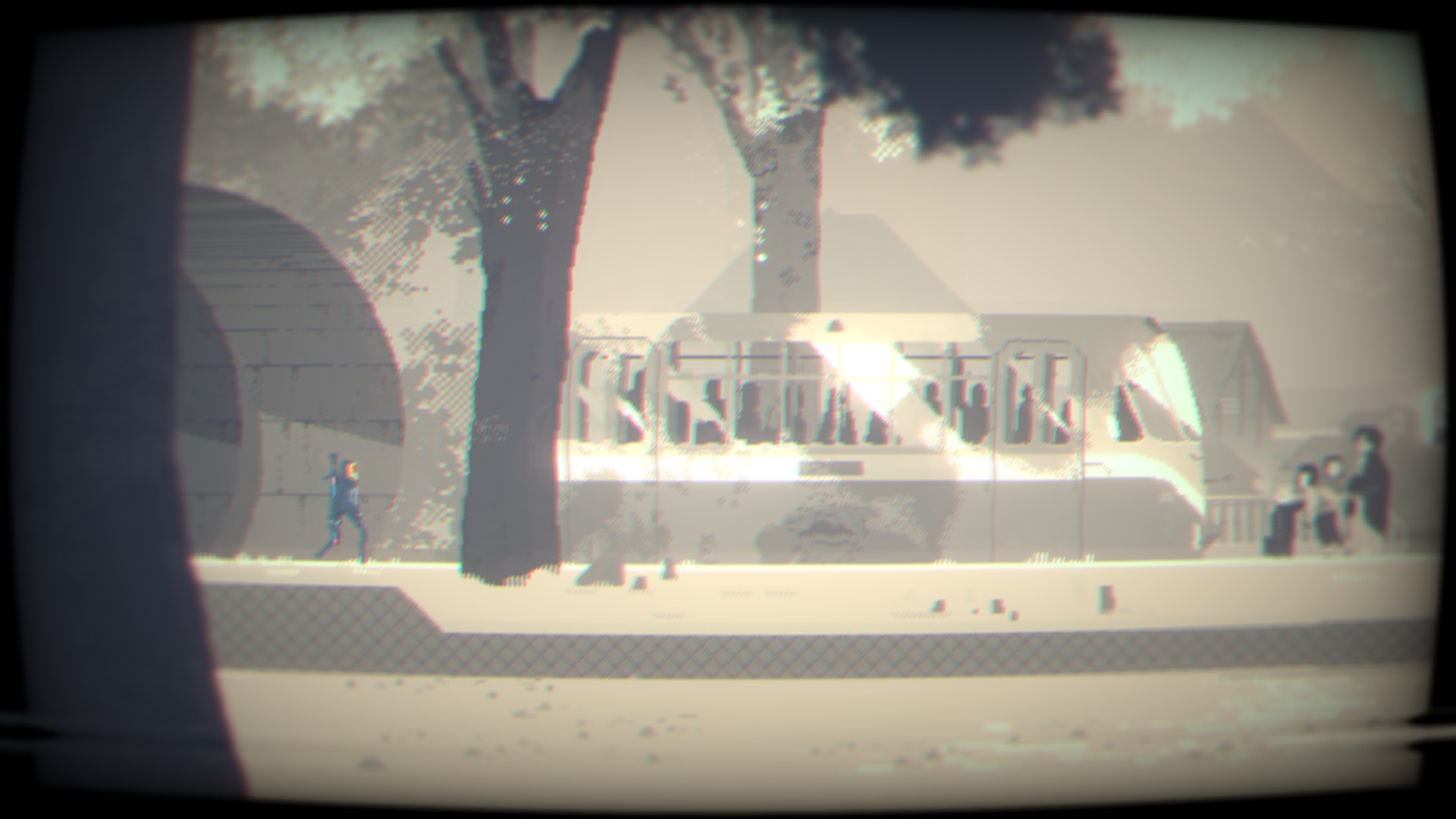 The game gives off an 80s vibe and it is sure to be a delight to retro gamers. The world is divided into a number of areas and each of them has environments that are appropriately color-coded to the nomenclature of these locations. Blue represents waves and seas, the Yellow kingdom shows vast stretches of arid desert and the Red Kingdom stands for the turbulent birthplace of HIM. However, the slightly monochromatic setting of each location might feel repetitive after some time, and an occasional amalgamation of these colors would have been nicer in my opinion. 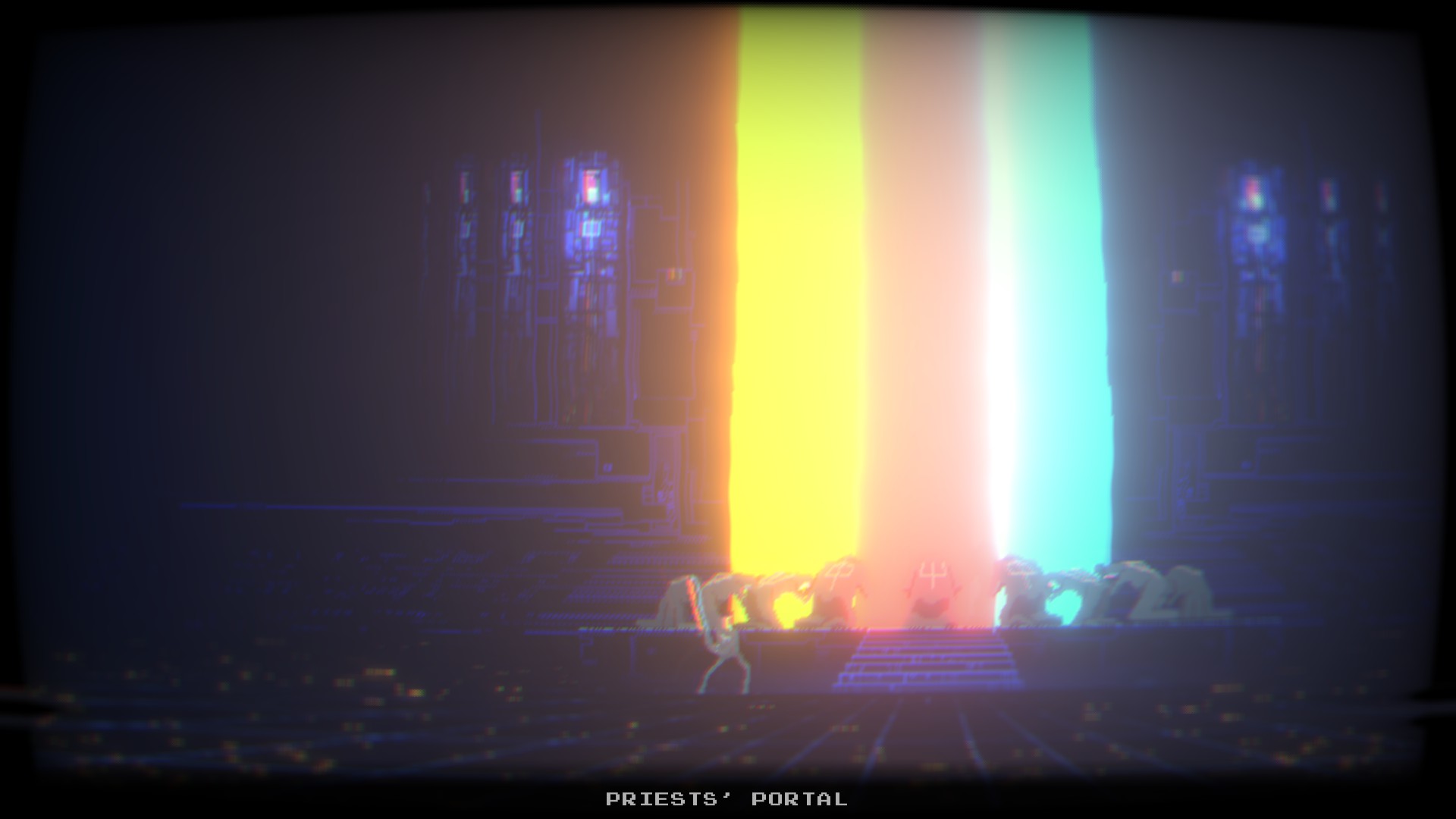 Narita Boy features a largely hack and slash gameplay, where his Techno-Sword features a number of skills to help take out enemies rapidly. He has his firearm too, which can be used as a shotgun, or, once charged up, a ray that unleashes devastating effects. Each of the worlds has Techno Dudes who fuse with Narita Boy and gives him powers that increase his damage dealt on enemies of a particular color. This allowed me to mix up different strategies and find out the one best suited for each encounter. 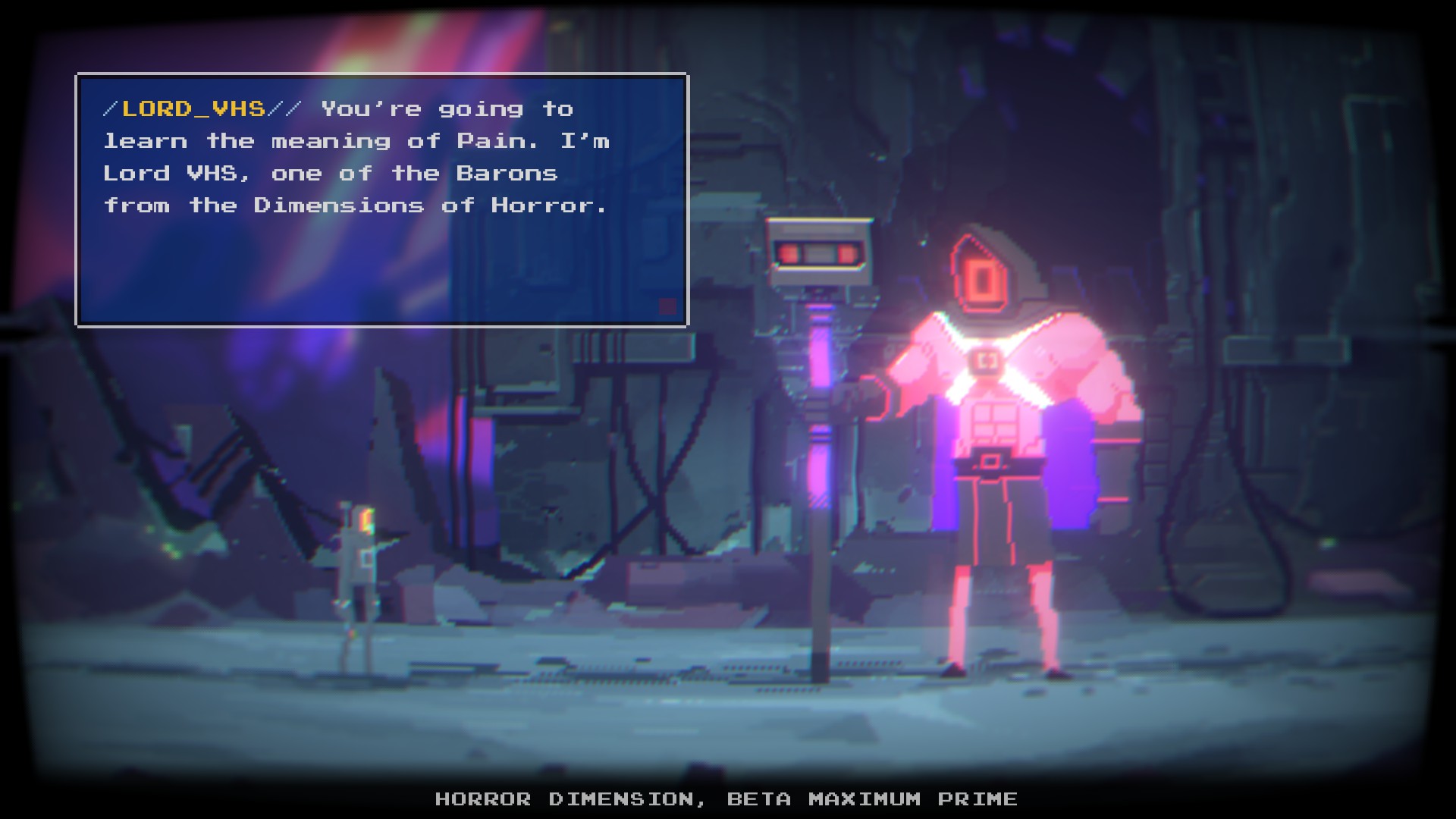 The enemies have some variation at the beginning but they are mostly extremely easy. The boss designs are unique but they almost never pose a challenge to the player and are mainly meant as a showcase. This made the gameplay slightly dull for me as I had to wade through waves of similar enemies doing the same button-mashing over and over again. The game has little to offer in terms of puzzles and although a few do offer some challenges, they are mainly based on finding symbols and memorizing them to be used as a combination later on. There is some amount of backtracking, but the worst part about the gameplay was undoubtedly the absence of a map.

Each segment is locked by doors that require you to find keys, and the instructions from the inhabitants are mostly technical jargon which you have to trudge through to get an idea of exactly where to go. The hardest part is that all the areas are spread around haphazardly which leads to a lot of confusion in actually going back to unlock the doors once you have found the key. A simple map would have been much better, or, if not, at least some dialogue that is more clear as to provide instructions. 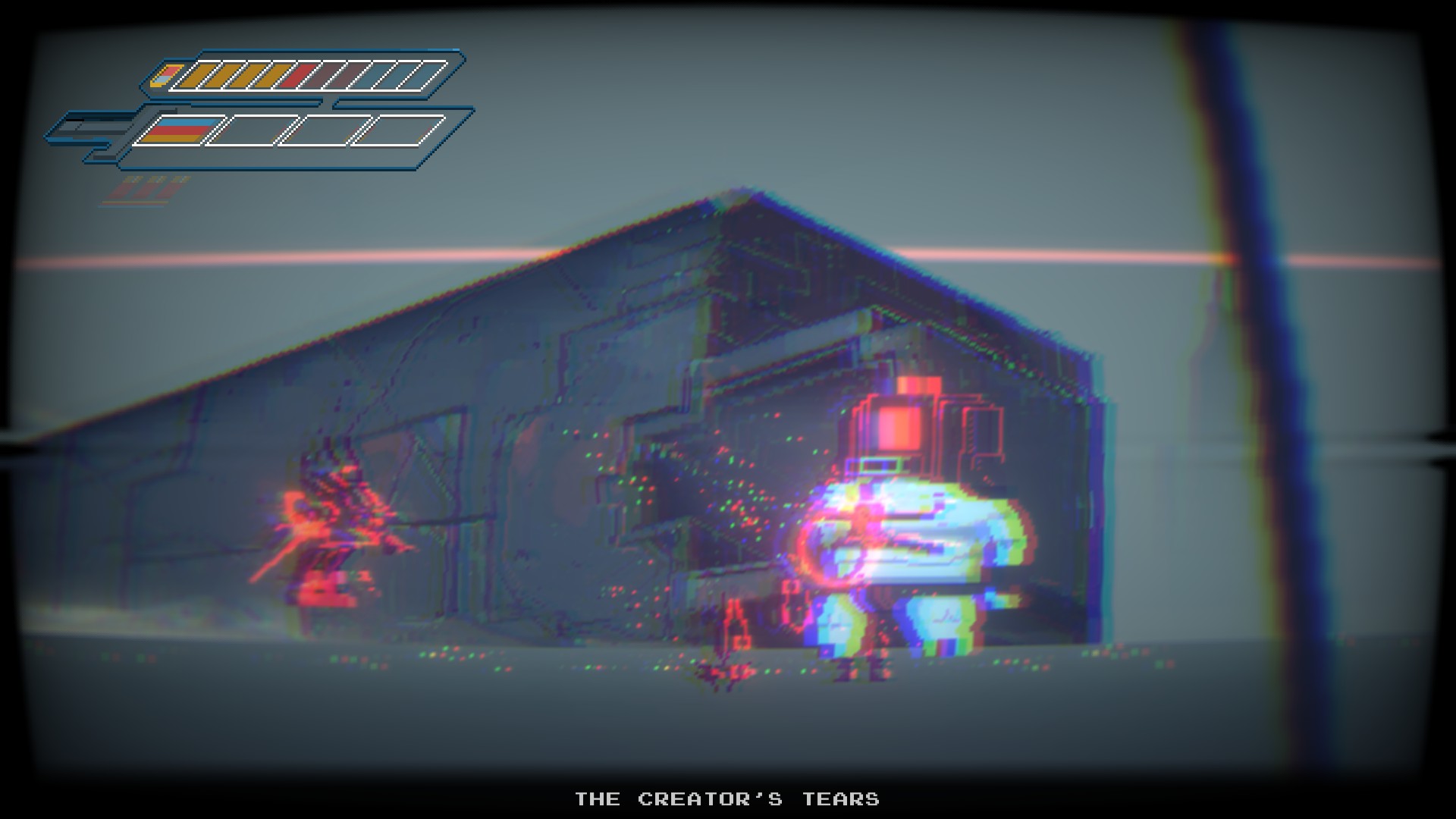 The gameplay however has some splendid moments such as you turning into a giant, weaponized robot or coasting waves on floppy disks. You fight dragons, monster crabs, tanks, digital demons, and pretty much every pixelated monster conceivable. That too, on the backs of a wonderful, synth save soundtrack which will keep you on your digital feet throughout the game. The music is beautiful, changes pace when you are fighting, changes back when you are in Japan, and never ceases to tire you. That makes up one of the best elements of the gameplay experience. 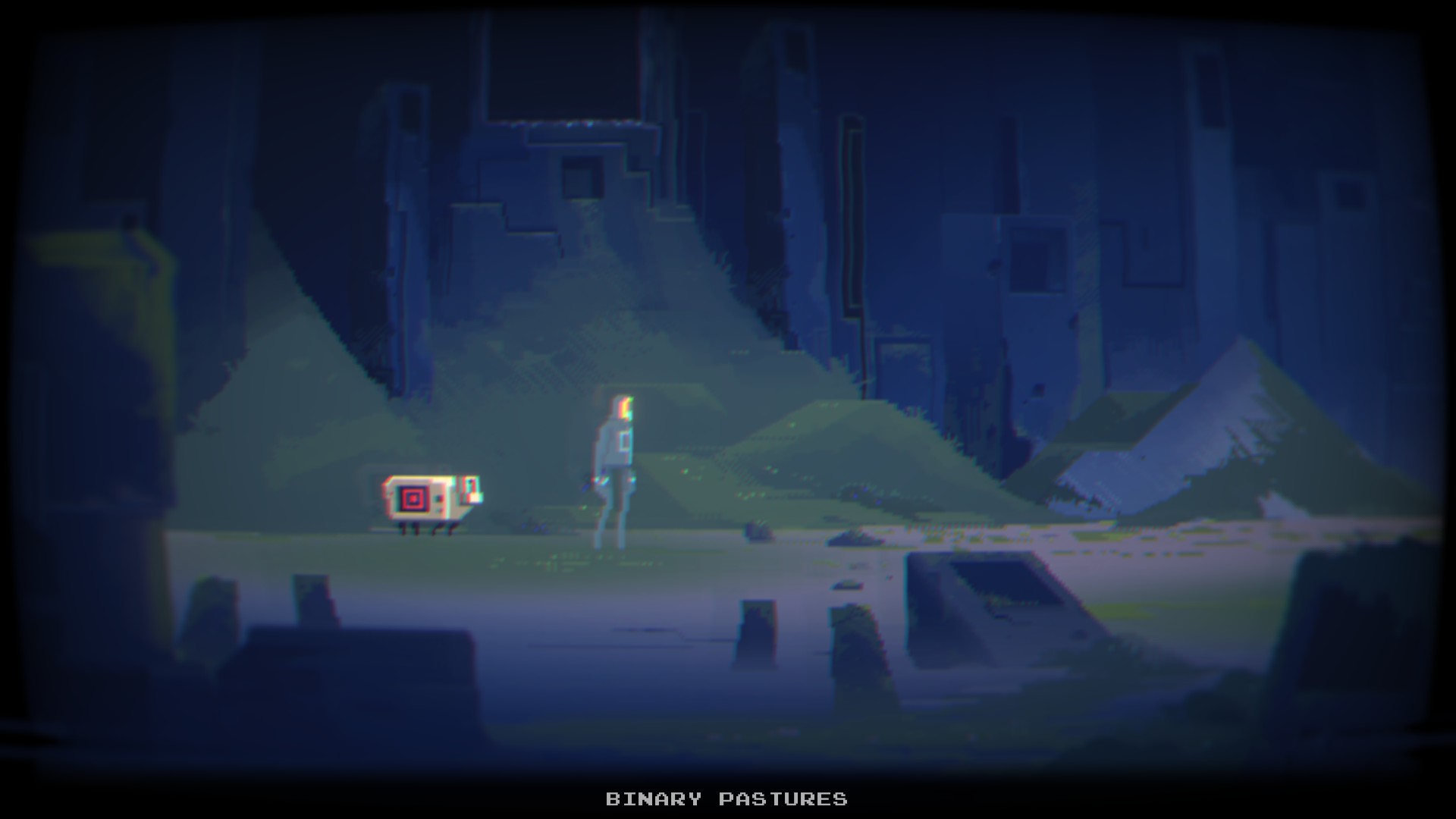 Disclaimer: Thanks to the awesome team over at Team17 for providing us with a Review Code. Check them out by clicking: Here

Narita Boy is a one-of-a-kind game where the typical good-kills-bad story is set in a unique world where pixels have feelings. The story affects you emotionally, the combat feels fluid and the titillating music is bound to quicken your pulse. Add to this, the 80s graphics and the world design and you get a nostalgic trip down memory lane that most gamers would enjoy