The only occasion when these words can be said in the same breath is when people talk about games developed by People Can Fly.

A company that has churned out some of the biggest masterpieces in the shooter genre. Until now. When Outriders – (the latest addition to their creations) have pretty much exemplified what a looter shooter should NOT do. Having said that, let’s dive into this game in detail and take a look at the plethora of ways by which our 30 hours of experience with this video game left us wanting. 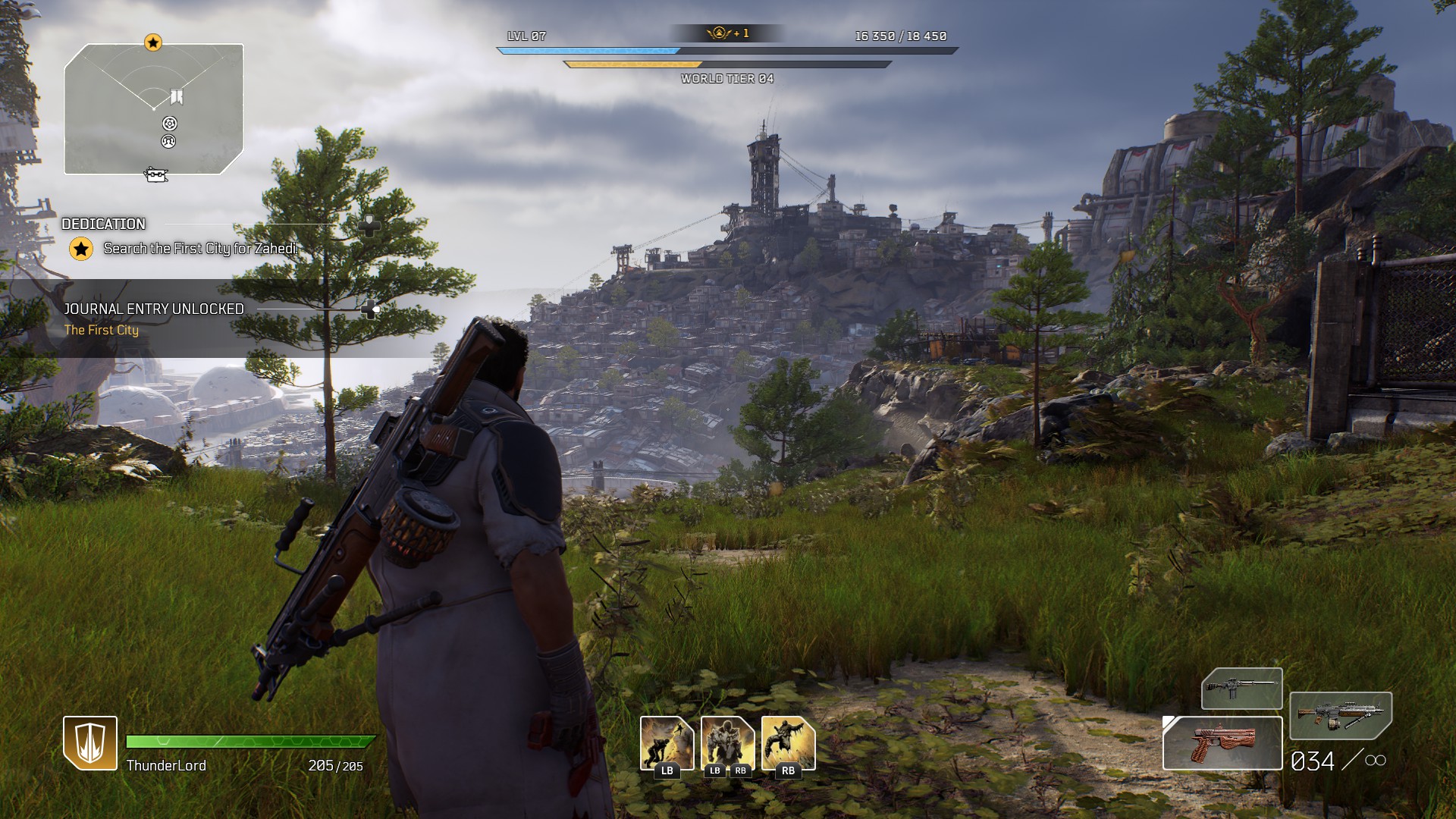 A science fiction through and through, Outriders follows the story of humanity abandoning planet Earth, after their home is ravaged by one natural disaster after another to look for an alternate settlement. The last of our race travel to a new world, Enoch, a planet that has been carefully and extensively studied as a world well suited for life. It’s here, that the Outriders, some of the best soldiers among the survivors, set forth to explore the planet to ascertain its safety for the rest of the humans. 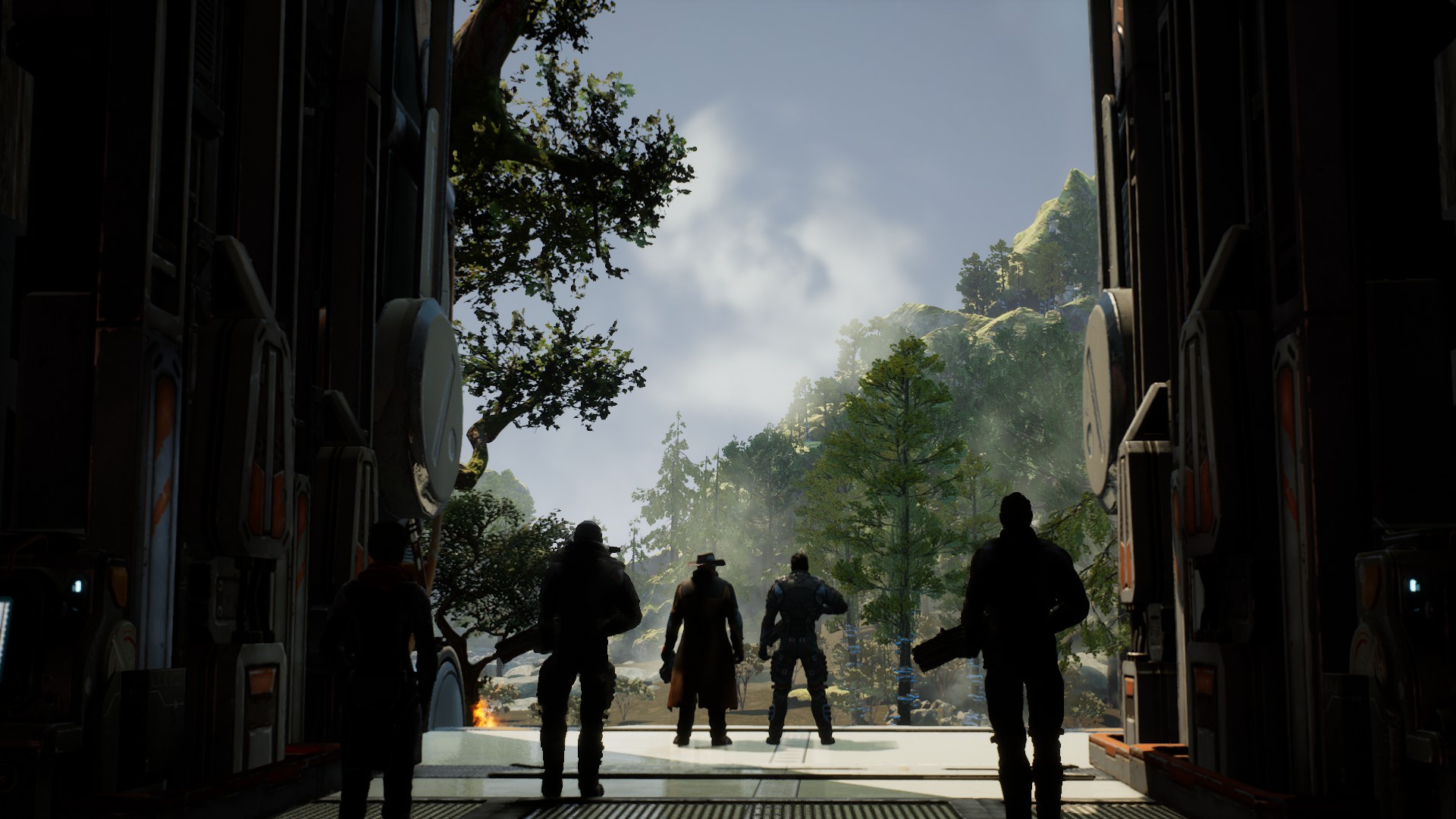 However, not all is as it seems. A short while after the descent, a quest to find an unknown signal in a forest goes awry and the Outriders find themselves in the middle of an unnatural lightning storm which causes them to contract a fatal disease. While most of them are killed, our protagonist is saved by some of his companions and put into a cryo-sleep.

After three decades, he awakens to find himself in a strange world, where Enoch bears no more resemblance to the planet that was promised. The disease has killed many, storms are still rampant and many, including the Outrider himself, gains supernatural abilities, which some are using to cause death and destruction. The story follows the protagonist, who sets out with his new powers to help the human race find a way to survive. 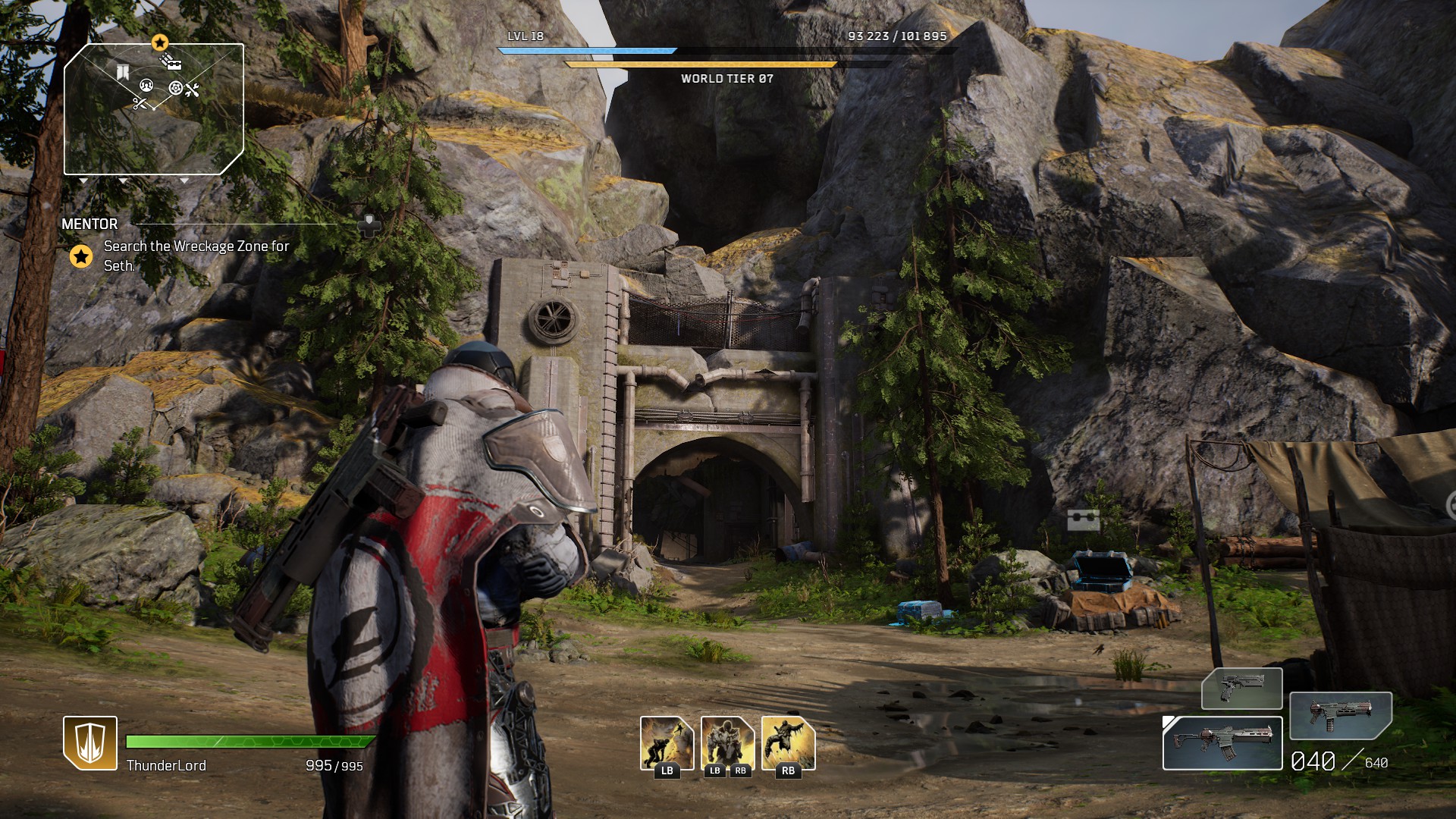 The narrative is rather stark and the dialogues are poorly scripted. While the hero pitches in now and again with some funny quip, the majority of the rest of the story is extremely basic and it hardly succeeds in being truly immersive. Most of the companions we meet are extremely forgettable and it’s rare that some of them leave a lasting impact. There is frequent cinematics, which does help to maintain the continuity, but the story does nothing to draw us in with the lackluster Horde Mode gameplay.

The gameplay looks and feels very similar to Gears of War, which is acceptable considering it was an amazing creation from the same developers. A third-person looter shooter, the game carries over the combat mechanics from Gears. What it adds are the abilities to use different powers which make the gameplay a fun experience. For the first few hours, that is. 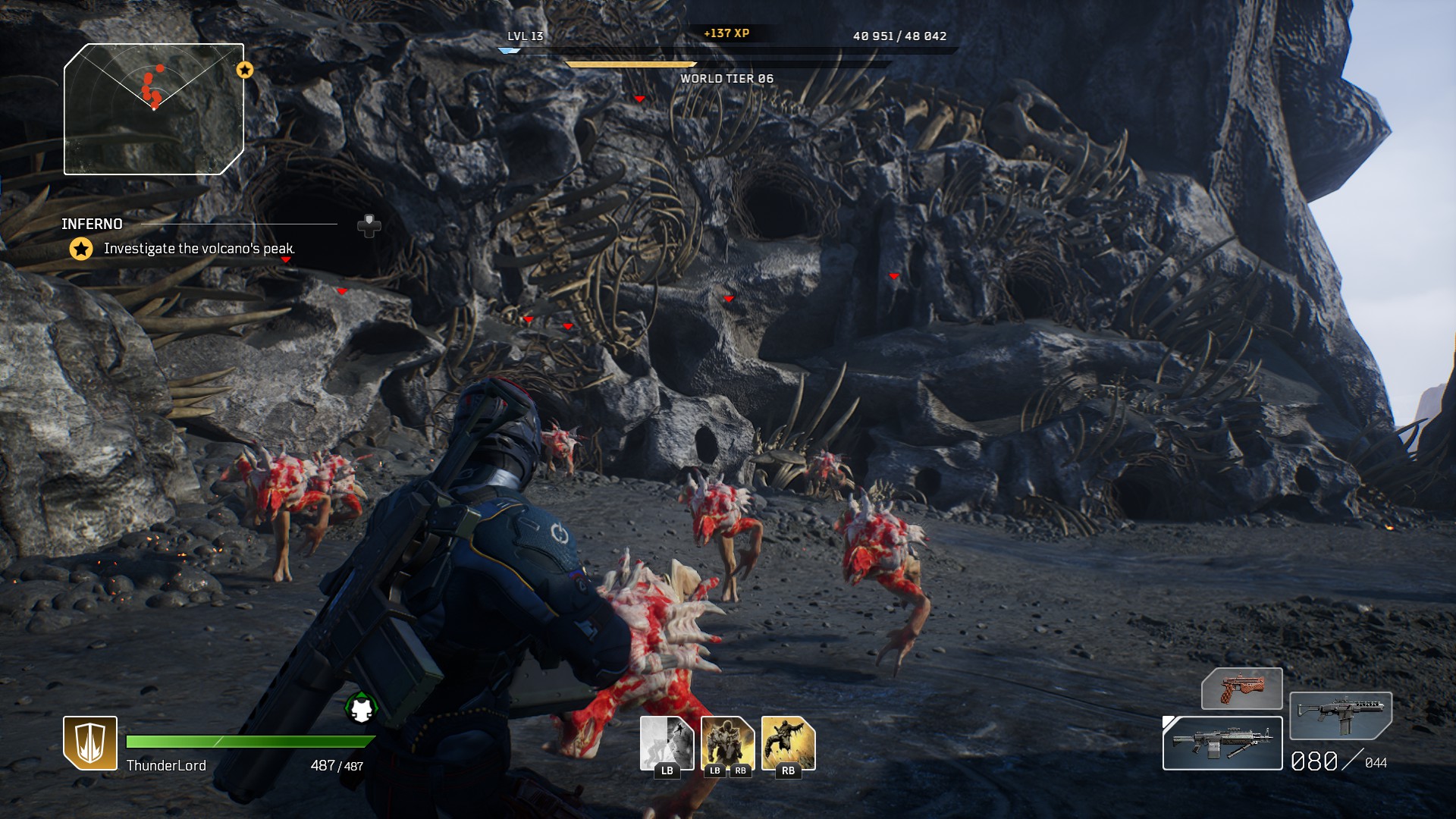 The game involves you choosing four classes – Technomancer, Pyromancer, Devastator, and Trickster. Each of them has its own set of abilities from which you can choose three at any point in time. The devastator is a tank that wreaks area damage through the ground, the pyromancer sets enemies blazing and the trickster feels extremely agile to play with as he keeps teleporting around the arena. Each of the classes feels quite different to play with in terms of abilities, but that’s where the difference stops. Also, among all the powers, you can only equip three at a particular time.

The gameplay feels horrible after the first few missions. Every mission of the game feels the same. Each of them has five to six encounters. You claim a checkpoint, you go into a specific zone, swarms of enemies come after you with the occasional miniboss or two thrown here and there, you keep shooting and spamming abilities till they are all dead, you move into the next area. Rinse and repeat. The entire game is basically a GIANT horde mode where the story is incredibly weak and all you will find yourself doing is mowing down waves after waves of enemies. There are no platforming segments and absolutely no puzzles to speak of, which a lot of similar games keep in order to prevent monotony. 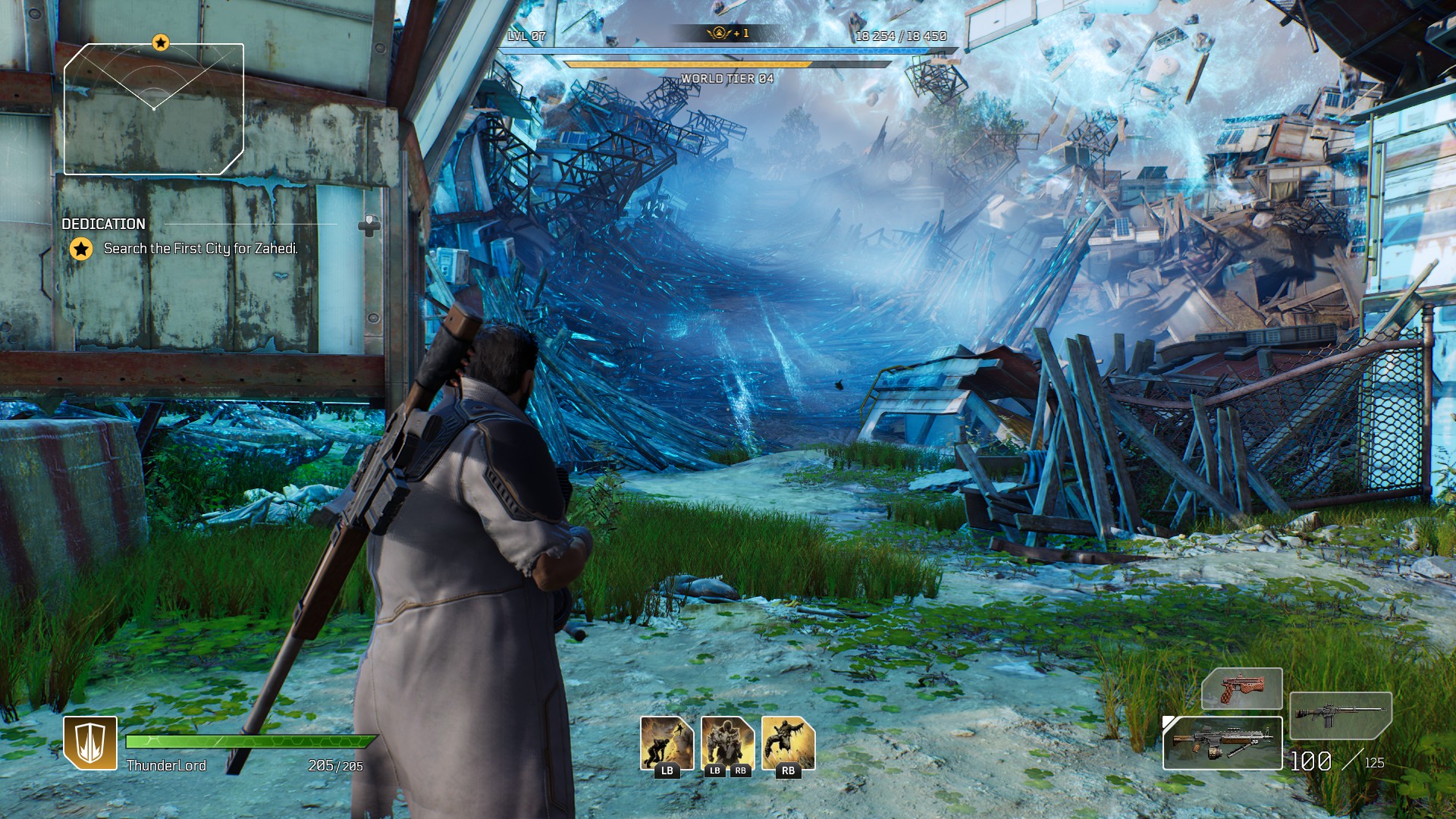 The game looks gorgeous though. Beautiful lush greenery, enormous forests, huge grasslands, towering snow-covered mountains… the scenery transitions often and each seems better than the last. The enemy creatures, for all their lack of variability, do look beautifully designed. Perhaps the biggest saving grace of this game comes in terms of graphics, and it is rare that any looter shooter of late has wowed us so much in terms of visuals. 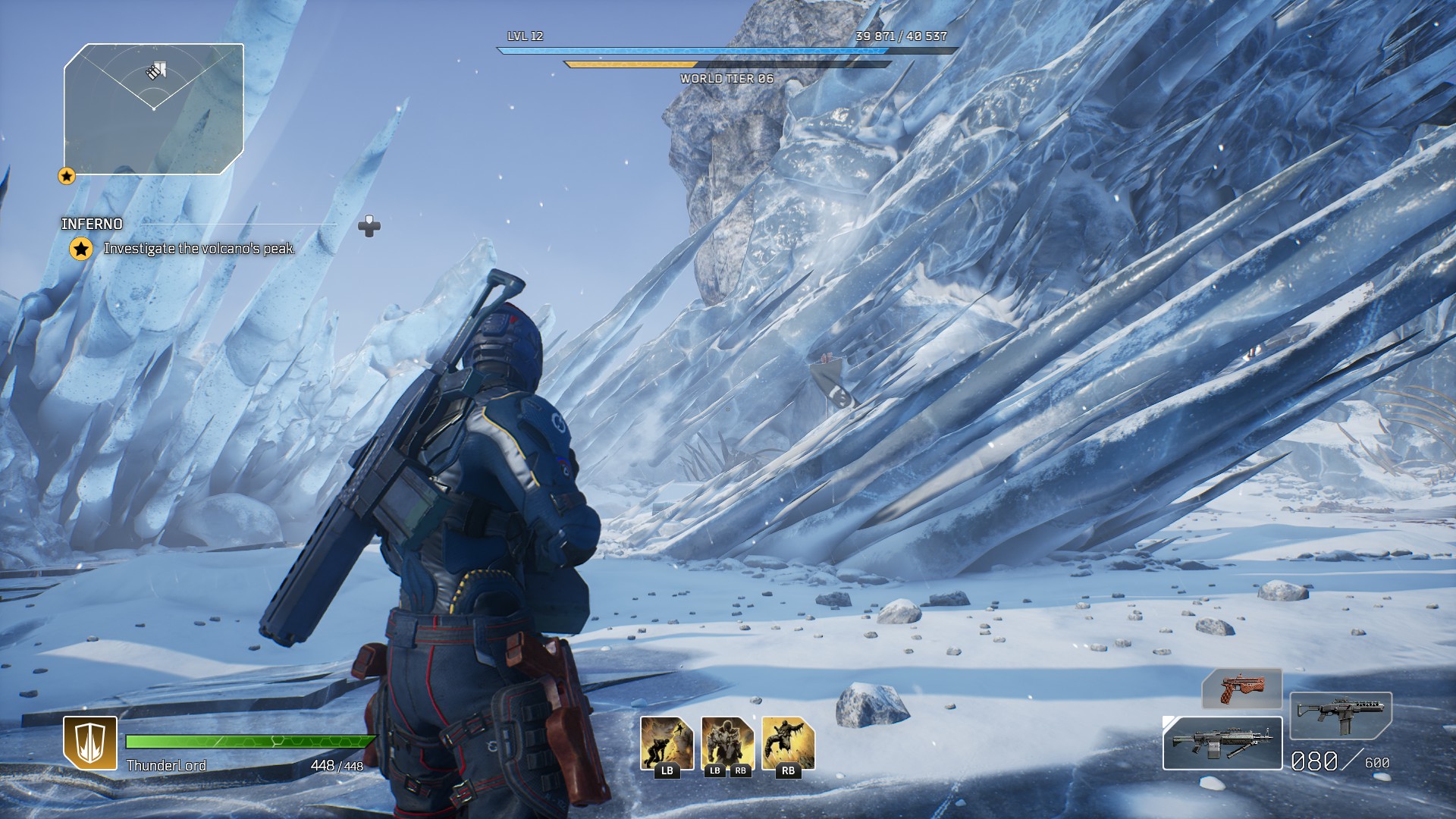 The game is divided into World Tiers, each of which has progressing levels of difficulty. However, the best loot can only be obtained at higher world tiers and the ones near the top are a pain to beat solo. There is no other way to obtain good loot though, except keeping your world tier at maximum and it is here that the game forcibly turns into a co-op experience, even if you like single players. That, or you have to abandon your hopes of getting good loot for a walk in the park.

It would have helped if the enemies had varieties, but the game chooses not to do that too. Most of the enemies thrown at us belong to the same few types with a few reskins here and there as the story changes locations. You travel around in a vehicle, you get into a tank at some point of the game, but at no moment are you given the opportunity to take control of the vehicles themselves. Overall, a 20-hour story with nearly double those hour’s worth of side missions makes for a horribly boring gameplay experience where we will find ourselves doing little other than the horribly tedious rinse-and-repeat formulae mentioned above. 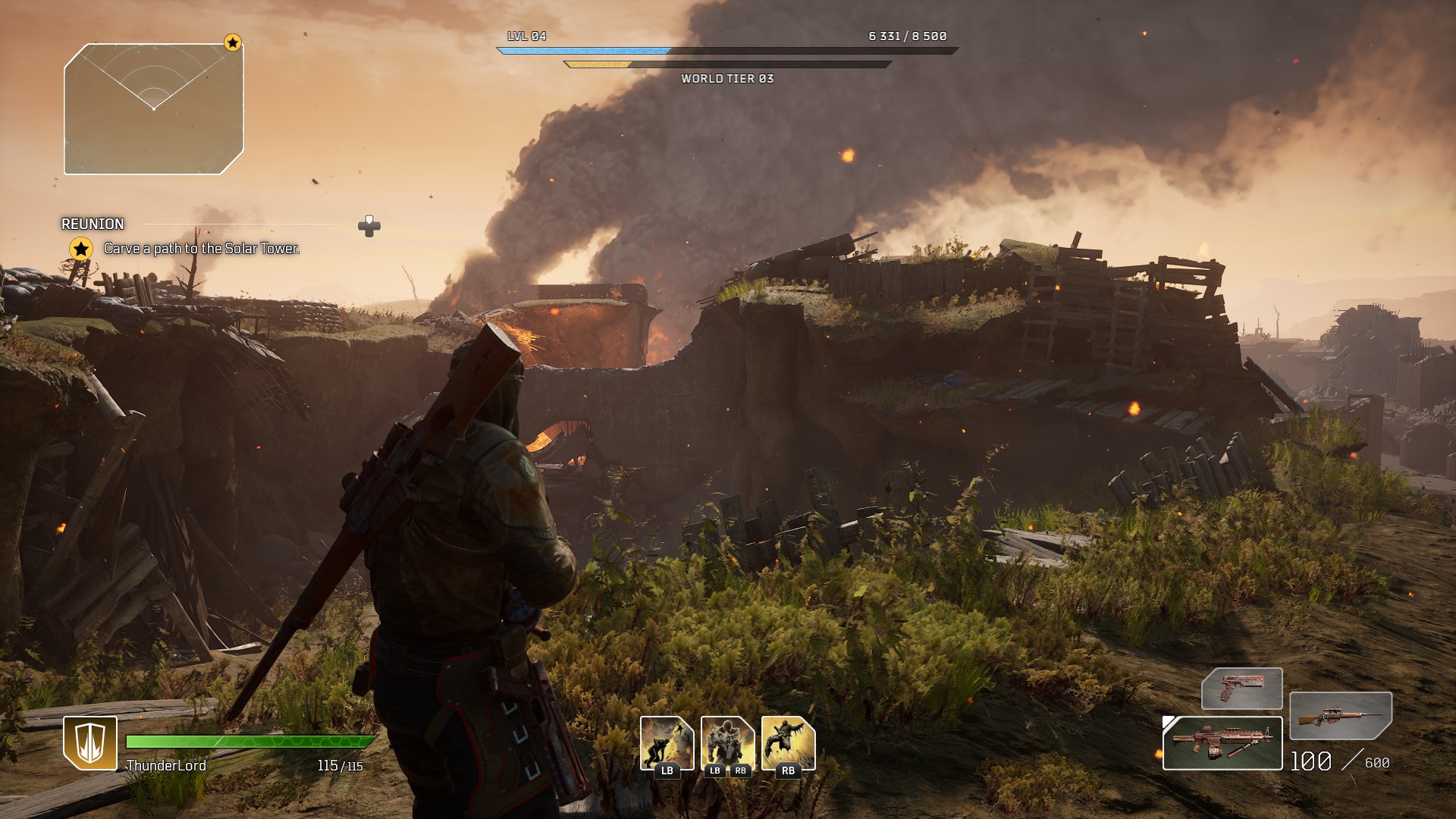 The game offers points every time we level up, which go into a vast skill tree. Also, the number of abilities to unlock as compared to the points are vastly high which makes the game interesting to make a variety of builds. 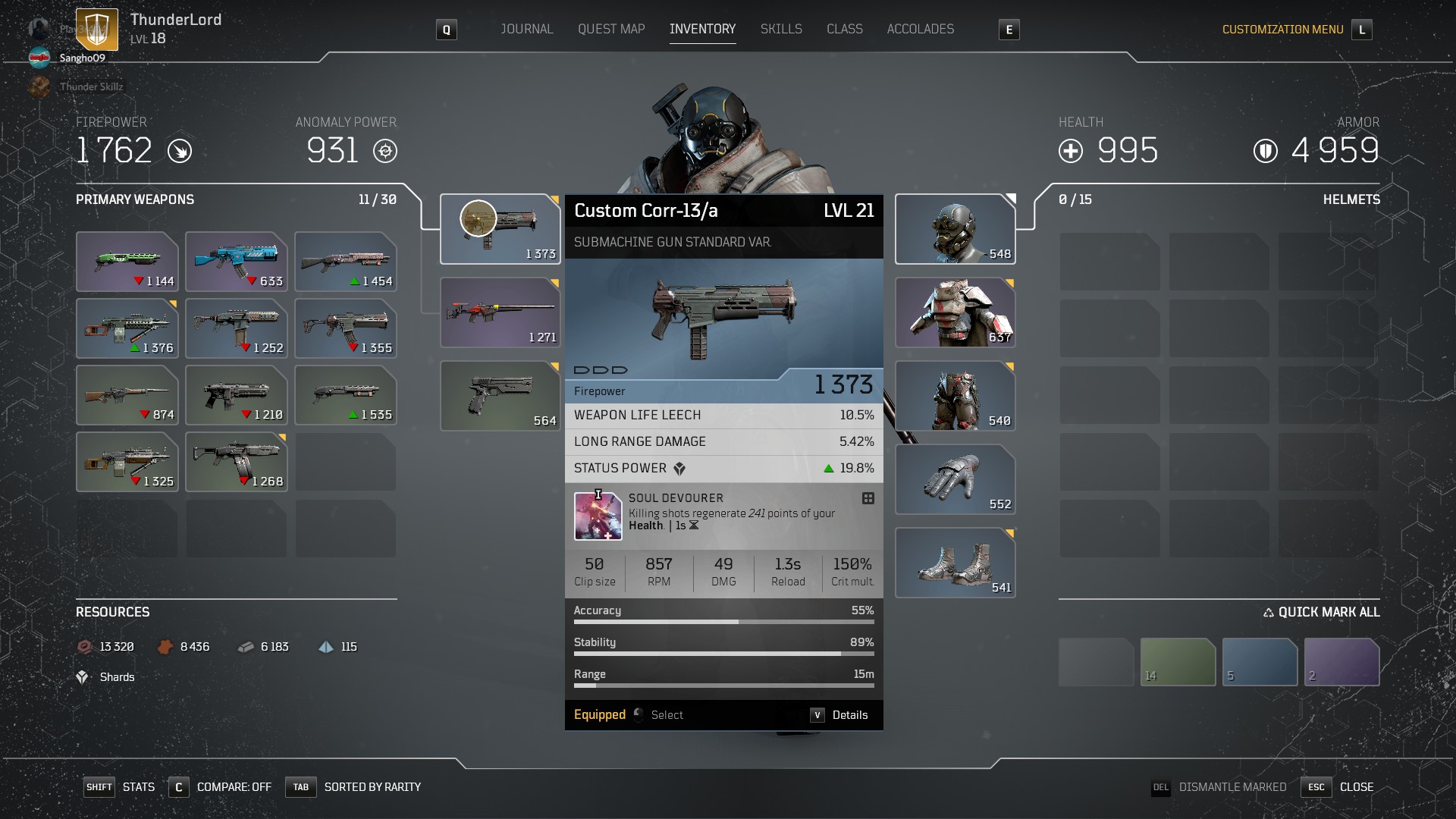 Most of the weapons obtained, though, feel the same, especially while playing the story. There is very little difference between one LMG and another which matters significantly since the game while being a looter shooter, fails to address the lack of loot variability. However, each weapon and armor have different properties which can be transferred to other pieces of your gear. This is one of the best things about the game as farming for loot actually makes an impact, especially during endgame activities as they help us to make varied, incredibly powerful builds for different situations. 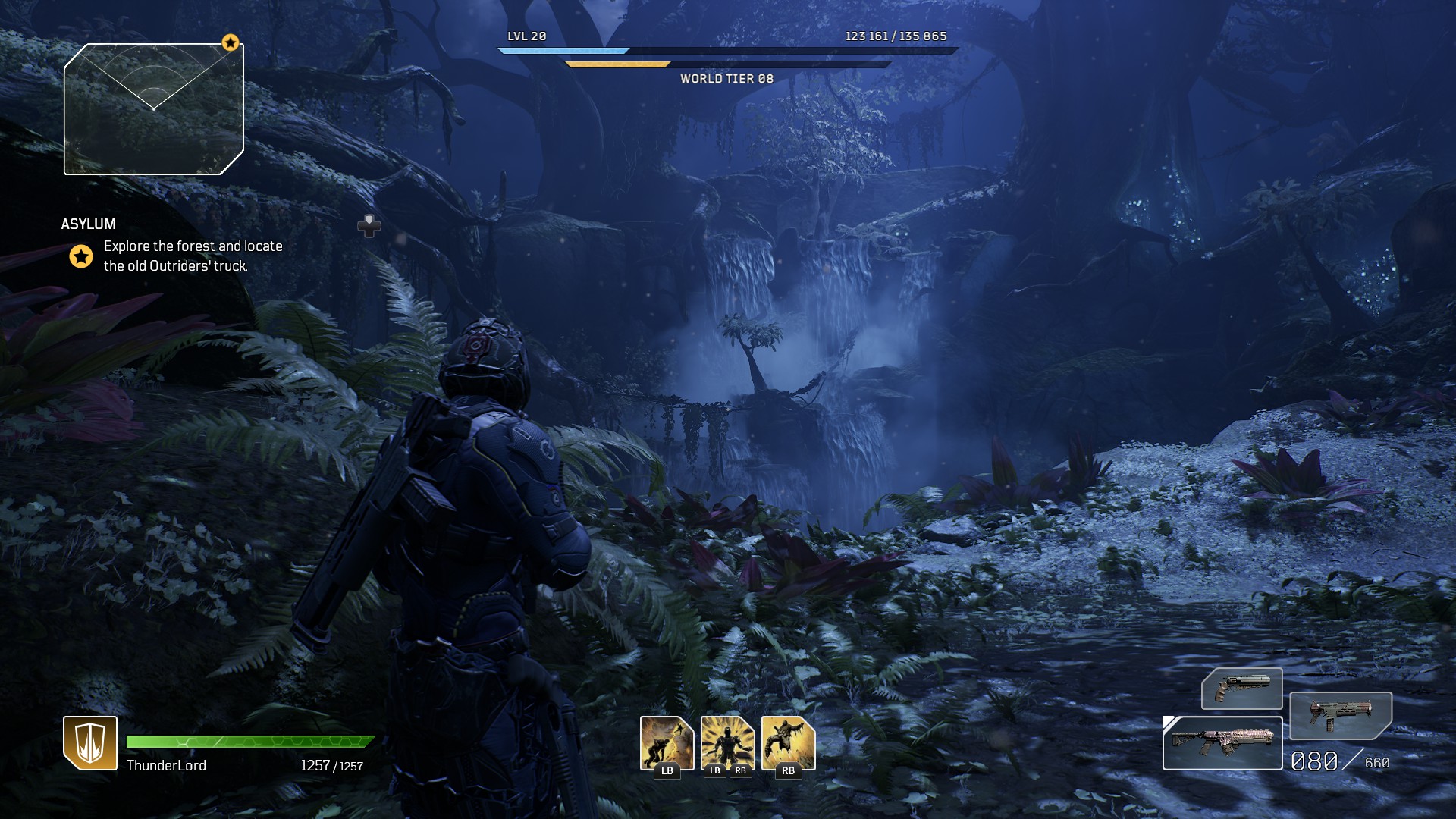 Cosmetic customizations on the game are extremely ludicrous, though. The game allows you to change the appearance of the vehicles you travel by, even though you never see it except in cutscenes. However, very little customization is allowed for things that actually matter. Character creation is extremely limited, but for a looter shooter in 2021, it’s hard to believe that one cannot even change his armor’s appearance if he wishes to. Cosmetics and shader options are noticeably absent, and you are forced to wear the same 5-6 cosmetically different armor varieties throughout the story. 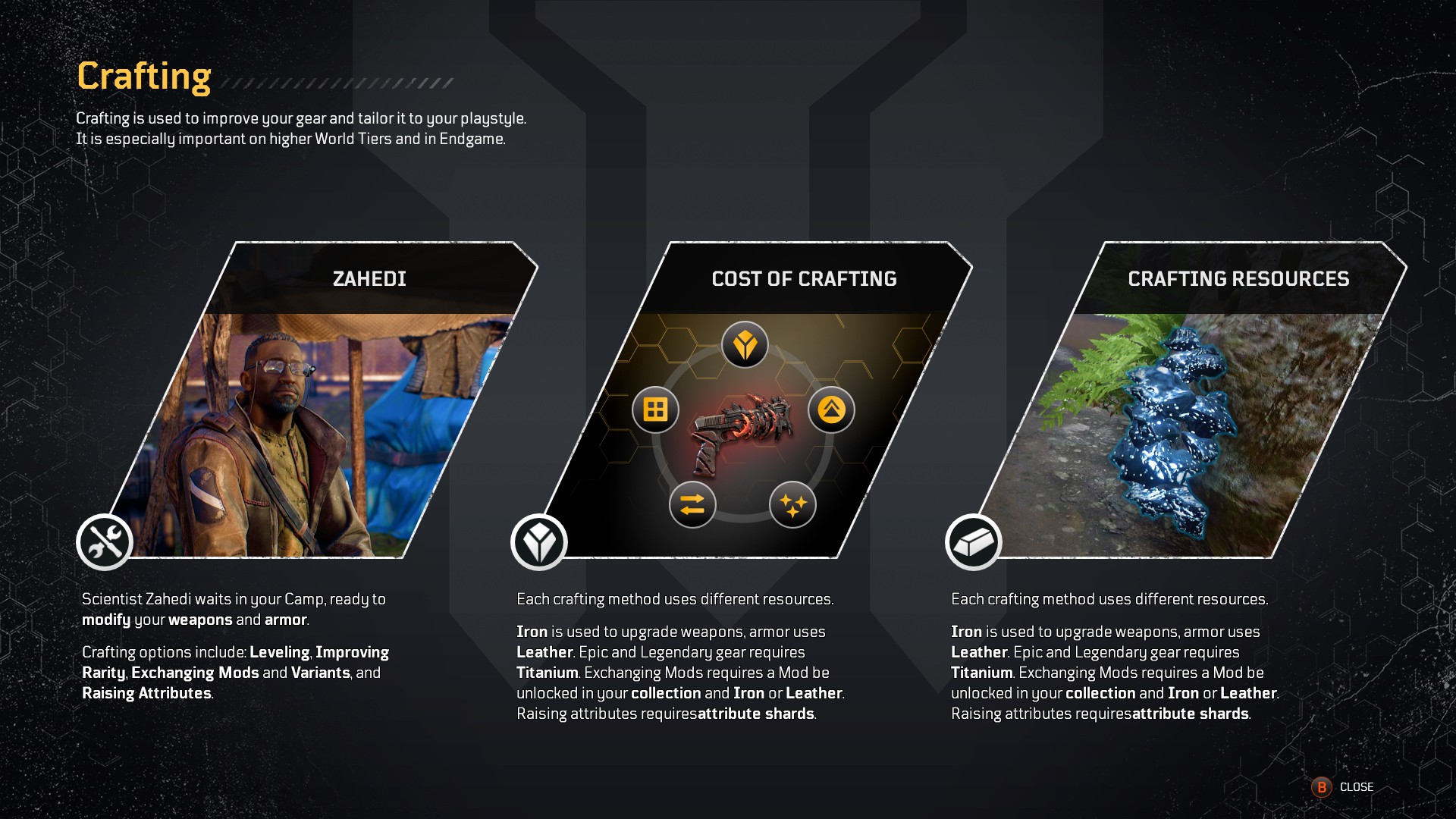 After the story is over, the endgame content consists of Expeditions. These are large missions to be played with up to 2 other Outriders where players start to find the most powerful loot. There are lots of new areas to explore even after the main game is over, and a lot of the Expeditions occur in totally new places. The expeditions are quite fun at the beginning but they soon spiral down into the same horde mode with its mindless repetition. The experience is even more harrowing as it feels pointless to play the missions over and over again to make a build, especially since there is confirmed the news of upcoming DLCs. This is quite different from games like Destiny or Division, which are looter shooters too, and where making a build is actually useful to us in the future. 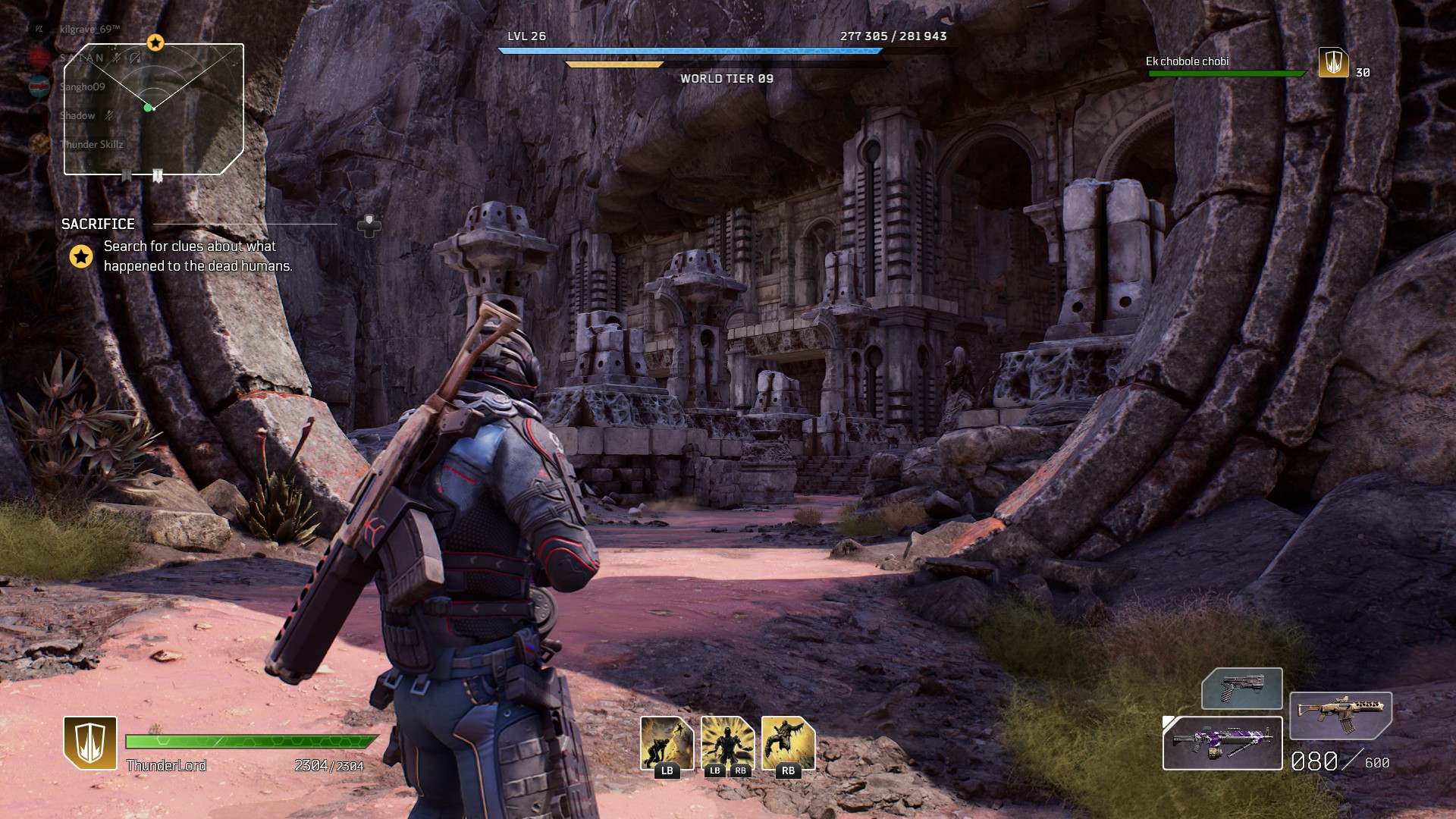 Let’s delve into the worst part of Outriders now. The issues.

Over the past three weeks, it has been rare that I have faced a game as burdened by issues as this. It was a pain to play Outriders at launch as the game refused to connect me to the servers. Once it did, matchmaking was horrible, as while you do find players, you can’t do mission-specific matchmaking. That means that if you choose to matchmake before starting a mission in the story, you may as well find yourself joining a lobby with people in missions you have finished hours back. This makes the co-op a horrible experience as you are either forced to play solo or only play the game with others if you have friends online. 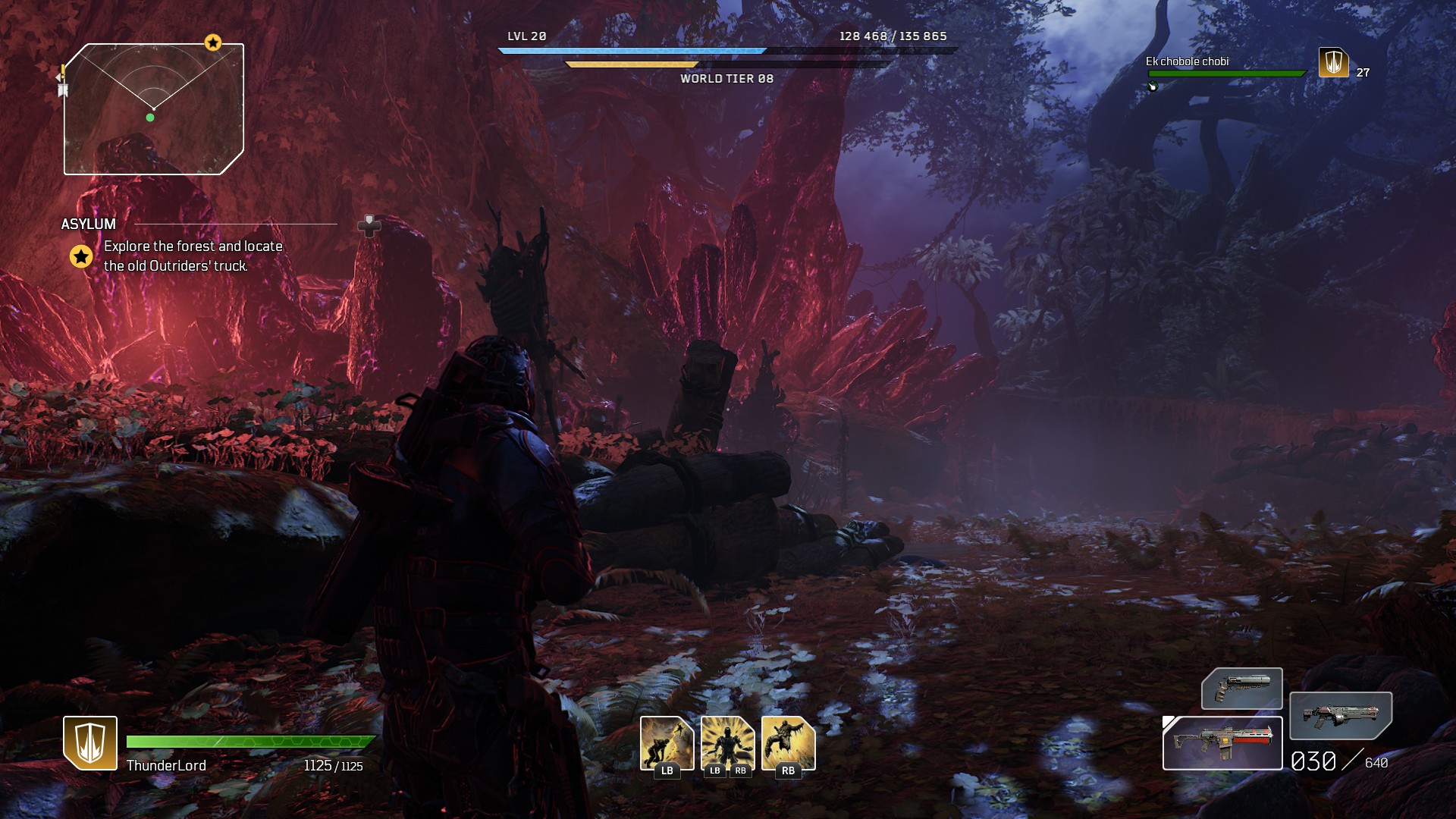 FPS drops were a big issue in the first week and while the game is now perfectly playable at 4K 60FPS+ on a 3070, it was not the case some time back where I faced frame drops from 144 to 30 and back again. Micro stutters were not the only issue. The game crashed innumerable times for me, and it’s extremely frustrating to see that happen when you are near the end of a particular boss fight. 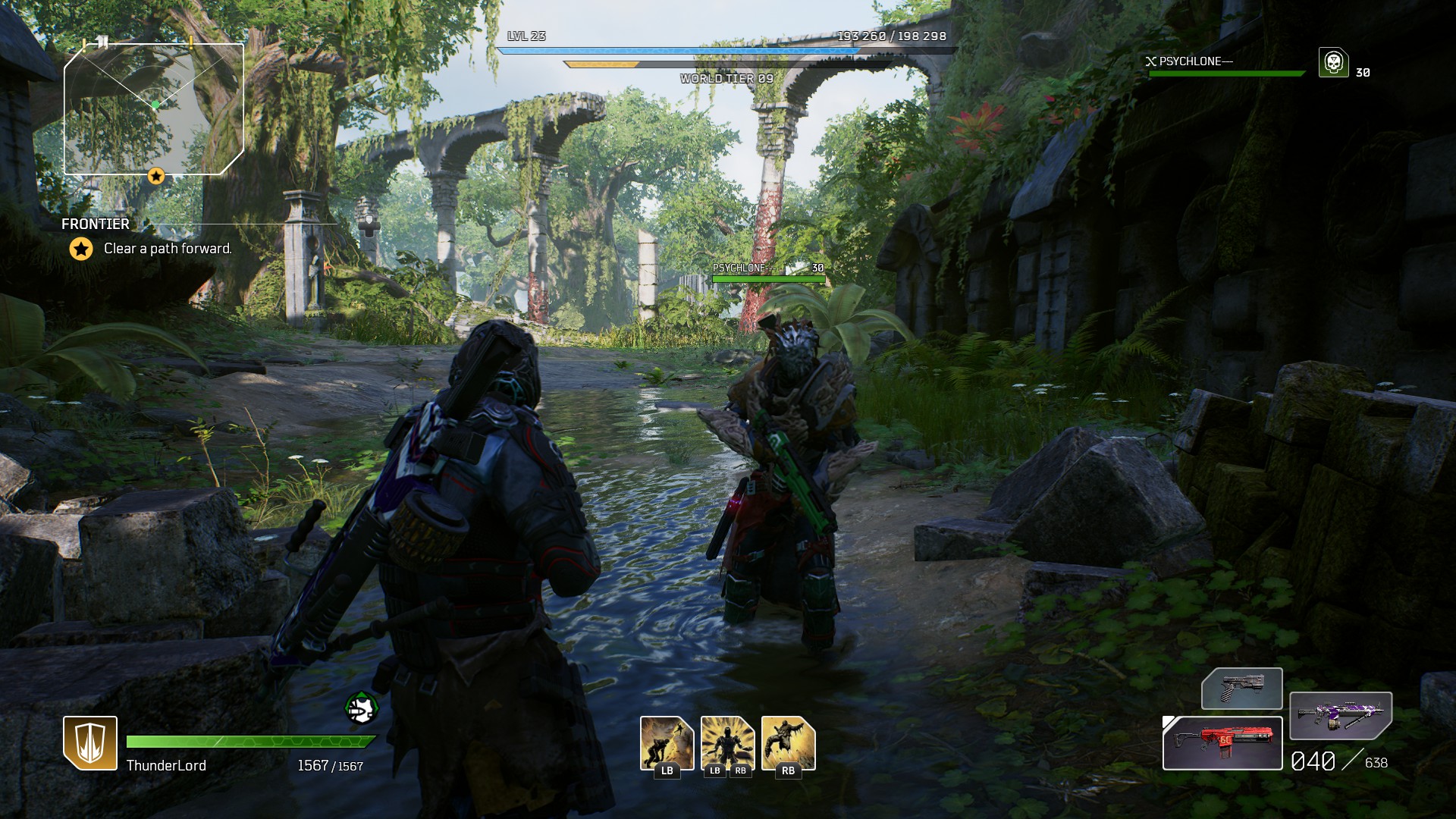 While many of these issues have been fixed, quite a lot of other, more severe ones have popped up. The game often deletes the inventory of the characters and of late, it has chosen to take a more practical approach and delete the entire character itself.

It is surprising to find a game plagued with so many issues even after three weeks of launch. Moreover, while the developers keep assuring us that it is not a live service game, Outriders itself borrows a lot of elements from one. Sans the other features such as upcoming DLCs (which justify the creation of builds). The game forces you to play online at all times and when the servers are ridden with so many issues, it might feel extremely tiring after an Outriders session when the game comes to a standstill near the end of a mission. 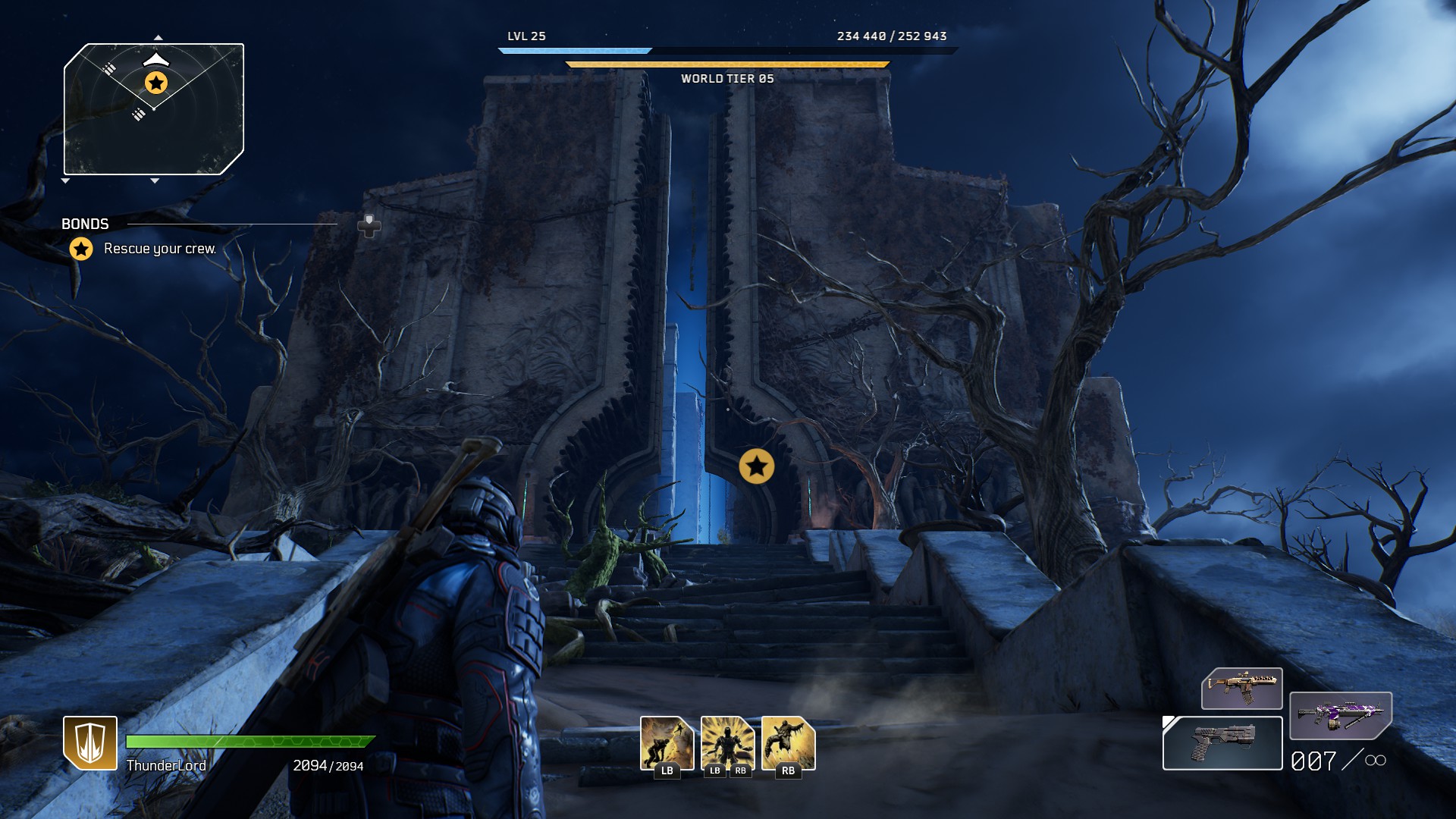 Disclaimer: Thanks to e-xpress (expressgames.in) for sending us the PC Code For Review.

It is not often that a game has been so confused in its approach to the looter shooter genre. While the developer’s approach of not making it live service is appreciable, the game is so similar to one that changes would have been welcomed. A larger range of endgame activities, a variation to the repetitive gameplay, and some purpose of farming for hours and making builds would again have been welcomed. Instead, Outriders is a game with a weak storyline and boring gameplay, which is riddled with so many issues even after three weeks of launch, that you will find it hard to appreciate the tens of hours you put into it, maybe to find your character missing all the loot once you restart the game. This is the reason why I cannot recommend this game, which, although being fun, has its server-sided issues that may get fixed in the future with major updates.

Returnal PS5 Review- Unforgiving Yet A Beautiful And Fun Roguelike