So when I was a kid, I played a lot of NES and SNES games, one of which was Megaman. We didn’t have the original NES machines back then but had bootleg clones of them. Mega Man was known as Rockman here, which I later realized was actually Mega Man.

Rockman launched in Japan only and to the rest of the world, it was Mega Man. I have played all the Mega Man games after that and I became a fan of the art style and the gameplay as it was ahead for its time. The best thing about the games was how difficult it was and it didn’t hold your hand and gave you the entire control on how you want to play it.

After I went ahead with the times, I got involved in other games and I stopped following the Mega Man series altogether and didn’t bother playing the newer games after a while. The games came in Nintendo’s own consoles and other platforms like the Nintendo 3DS, Wii, PlayStation 3, Wii U and more.

The Mega Man Zero/ZX Legacy Collection is coming out on February 25 for PlayStation 4, Xbox One, Switch, and PC versions. It includes all four games in the Mega Man Zero series, along with Mega Man ZX and its sequel, Mega Man ZX Advent.

You can choose between different editions of the game as well and also check out their own Music Player and gallery if you want to check out the soundtracks or the concept arts and whatnot. 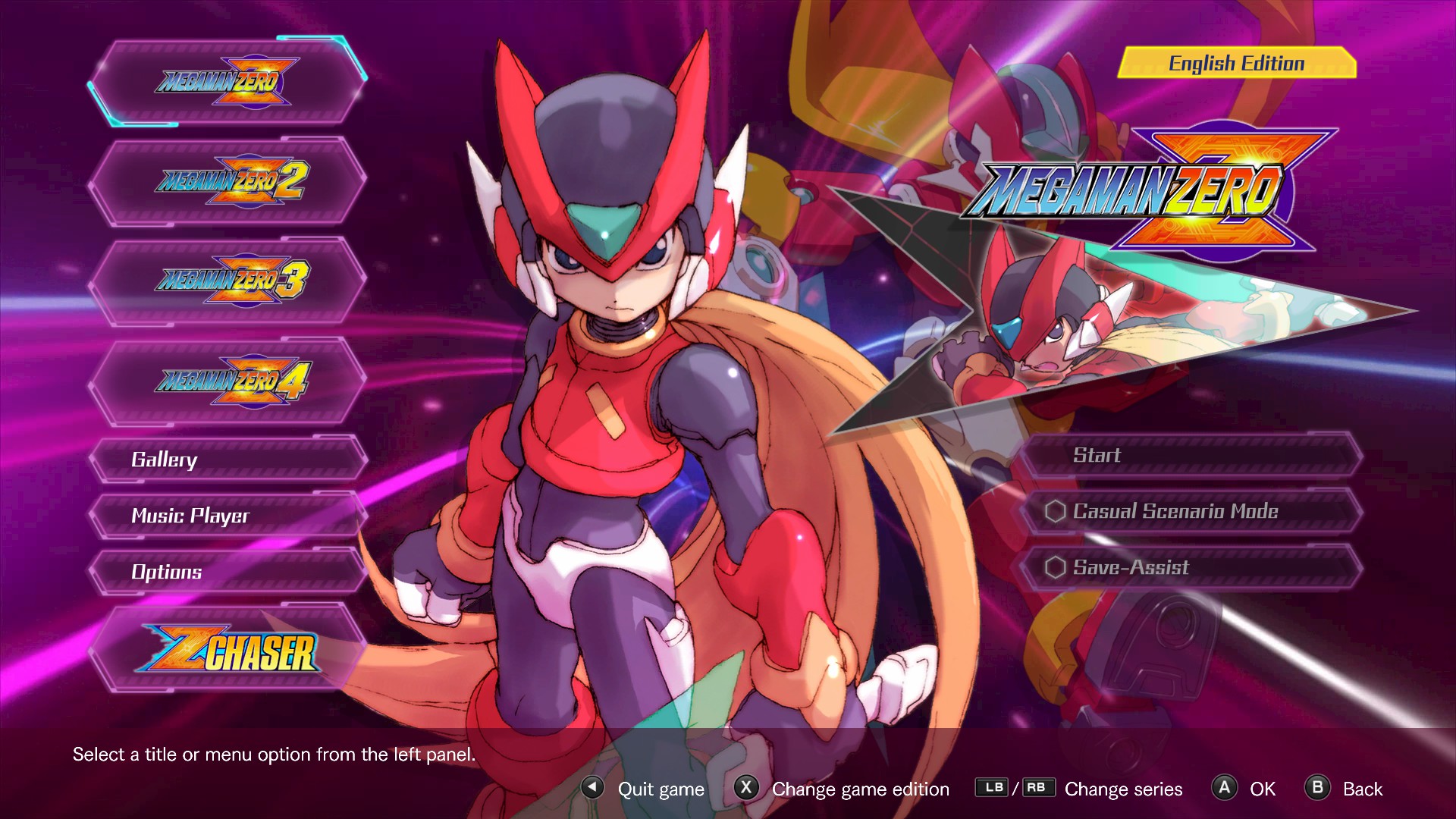 So you are getting 6 games in total which is a pretty good deal, to be honest especially for those who are like me who have not played Mega Man Zero series at all.

The game has something called Save-Assist which is technically cheating since normally there was no such thing in Mega Man games like this but in this case, I would take it since it is a very challenging game and even tougher than the previous ones. You can enable or disable them depending on how you want to play,

You can also play Casual Scenario Mode where you are playing just to focus on the story and want to finish the game without having to think too much about combat or getting challenged by bosses. Keep in mind, that the trophy’s and achievements in this scenario are disabled for obvious reasons. 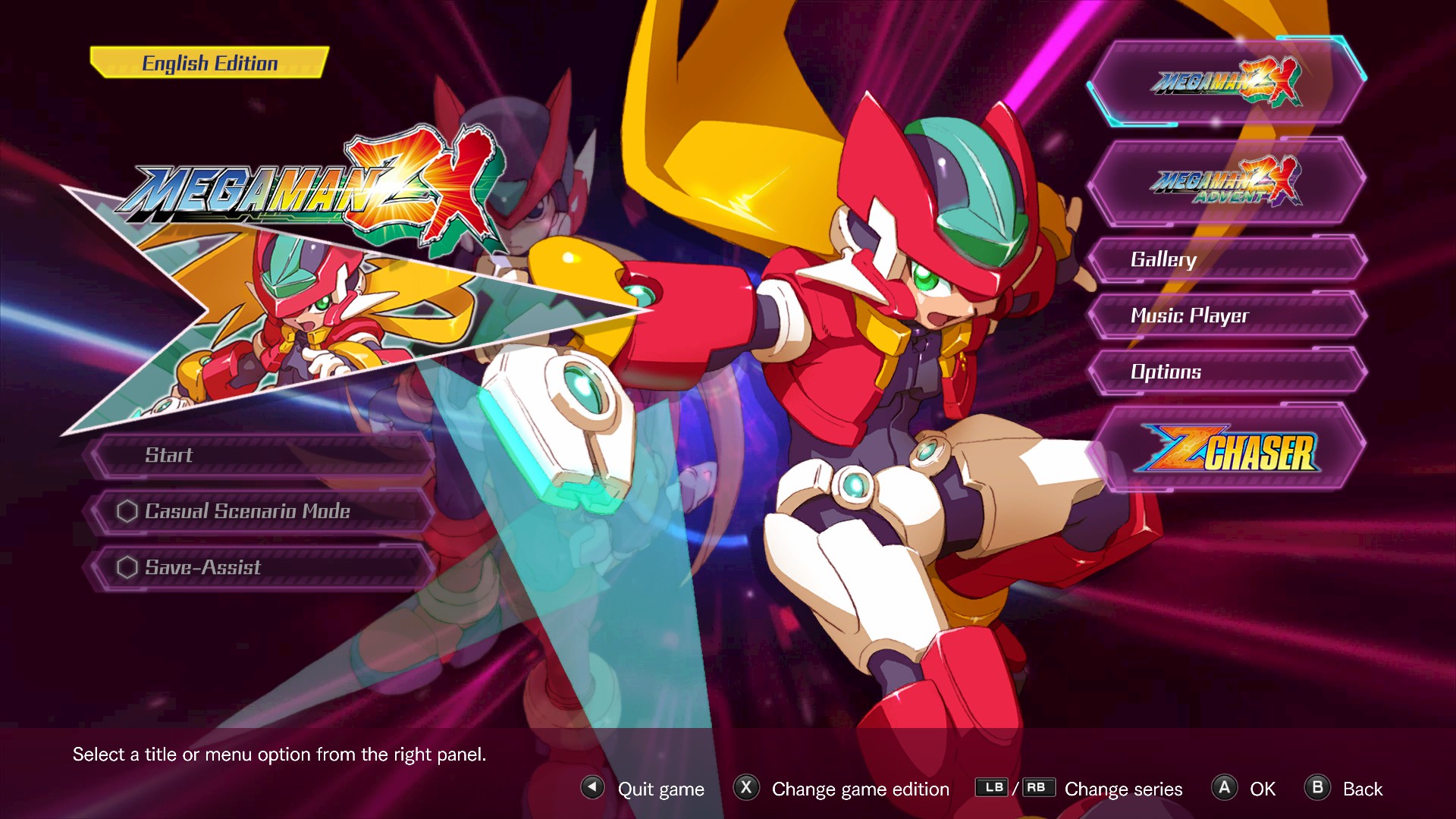 Save states make a checkpoint anywhere you see the glowing bars in front of you. They can be abused easily and can be used however you want it to. They are available throughout the levels and also before a boss battle, meaning if you die, you do not have to restart the whole level but only respawn from the glowing checkpoints instead with a full health bar.

I’ve kept the save assists turned on my first playthrough in all the games. Even though this is not how you would normally play a Megaman game, I kept dying a lot and so I enabled save-assist option. If you are a Mega Man veteran, feel free to disable the option and enjoy the game as it was meant to be played. 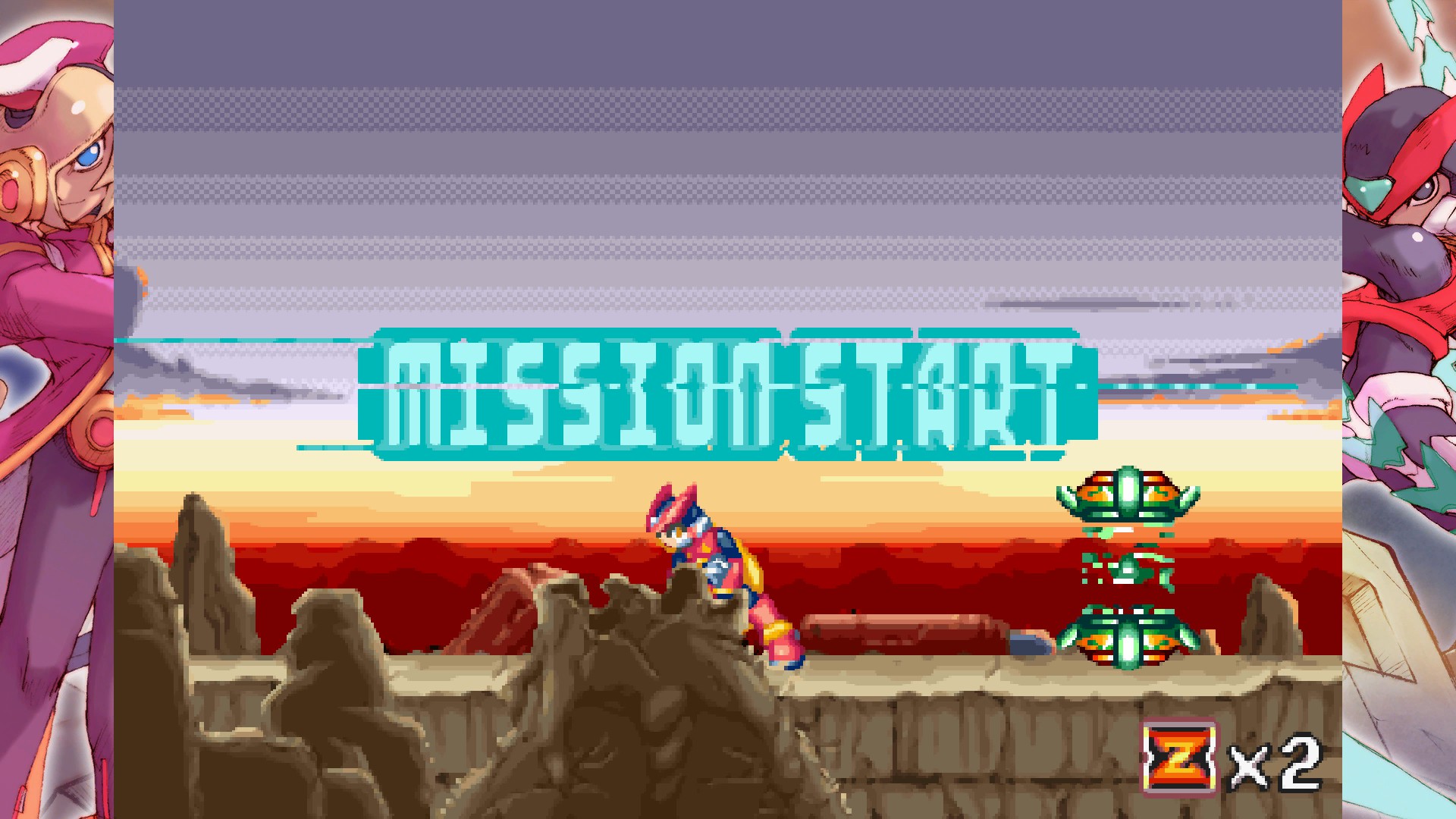 Talking about the gameplay experience itself, I am so glad I played this game. The art style is excellent and is so fresh. I enjoyed all the levels that I played. I kept dying numerous times but I only came out stronger from it and I knew exactly where to go and what to do.

The game kept getting difficult after every level and that is what kept me going.

Mega Man Zero is not a forgiving game if you do not respect the enemies and its boss battles so keep that in mind while playing. 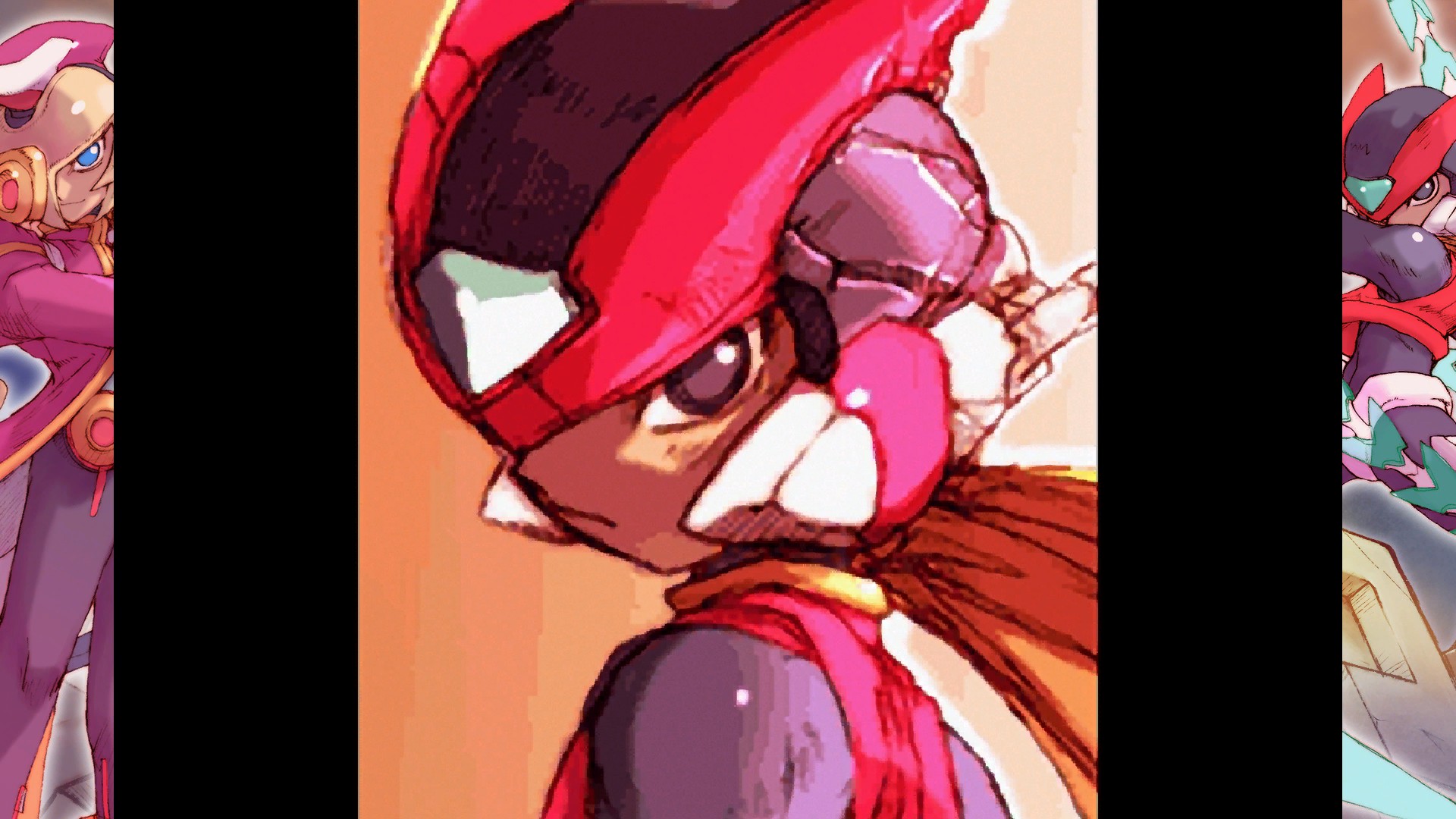 You have so many enemies and boss fights to go through and so many different areas and levels to discover, that this collection definitely makes the whole thing feel complete. 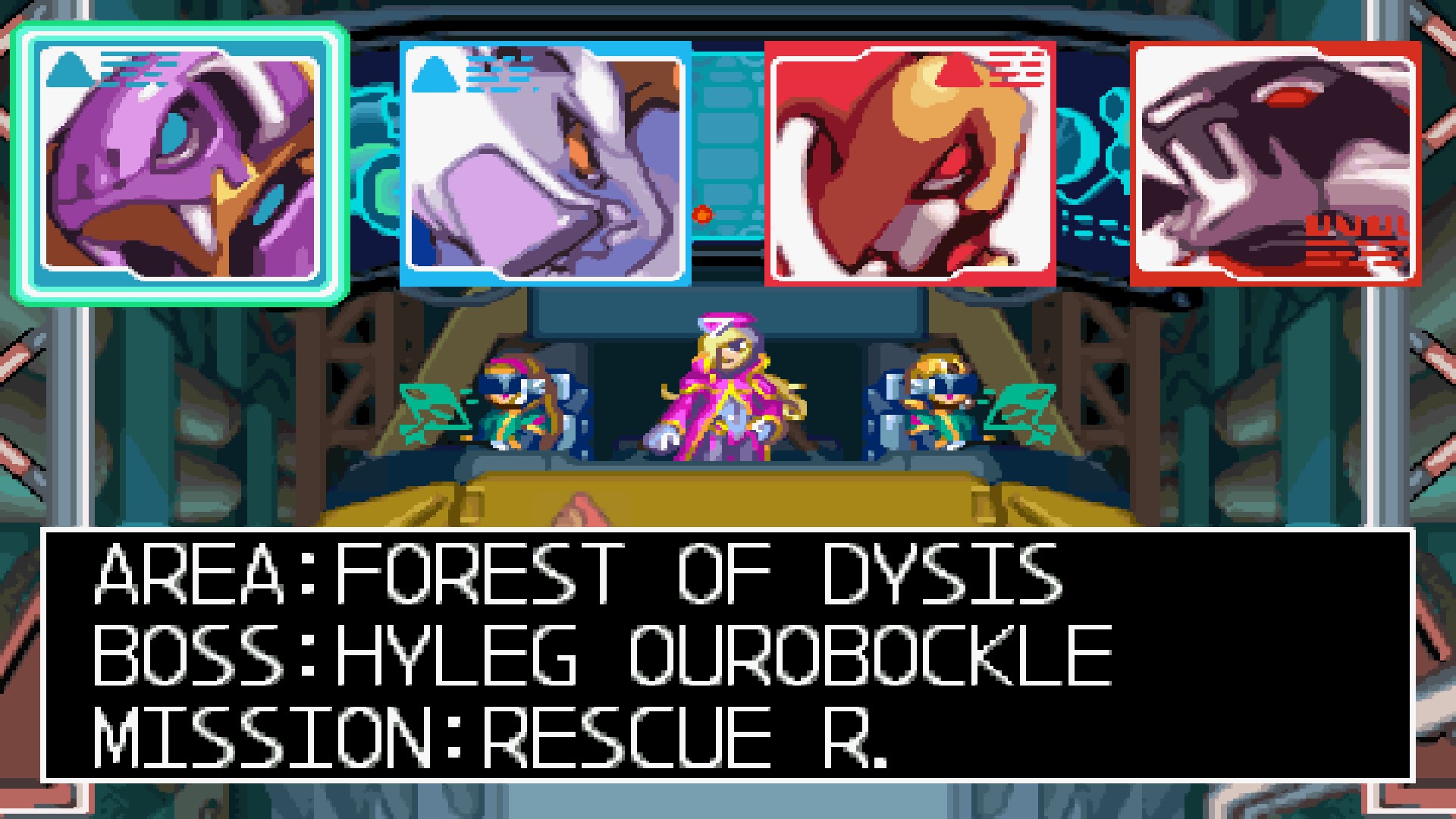 The game runs absolutely smooth on my PC and I didn’t have any issues whatsoever. I played this game with an Xbox One S controller and I never went back to the mouse and keyboard combo since I prefer controllers for such games. 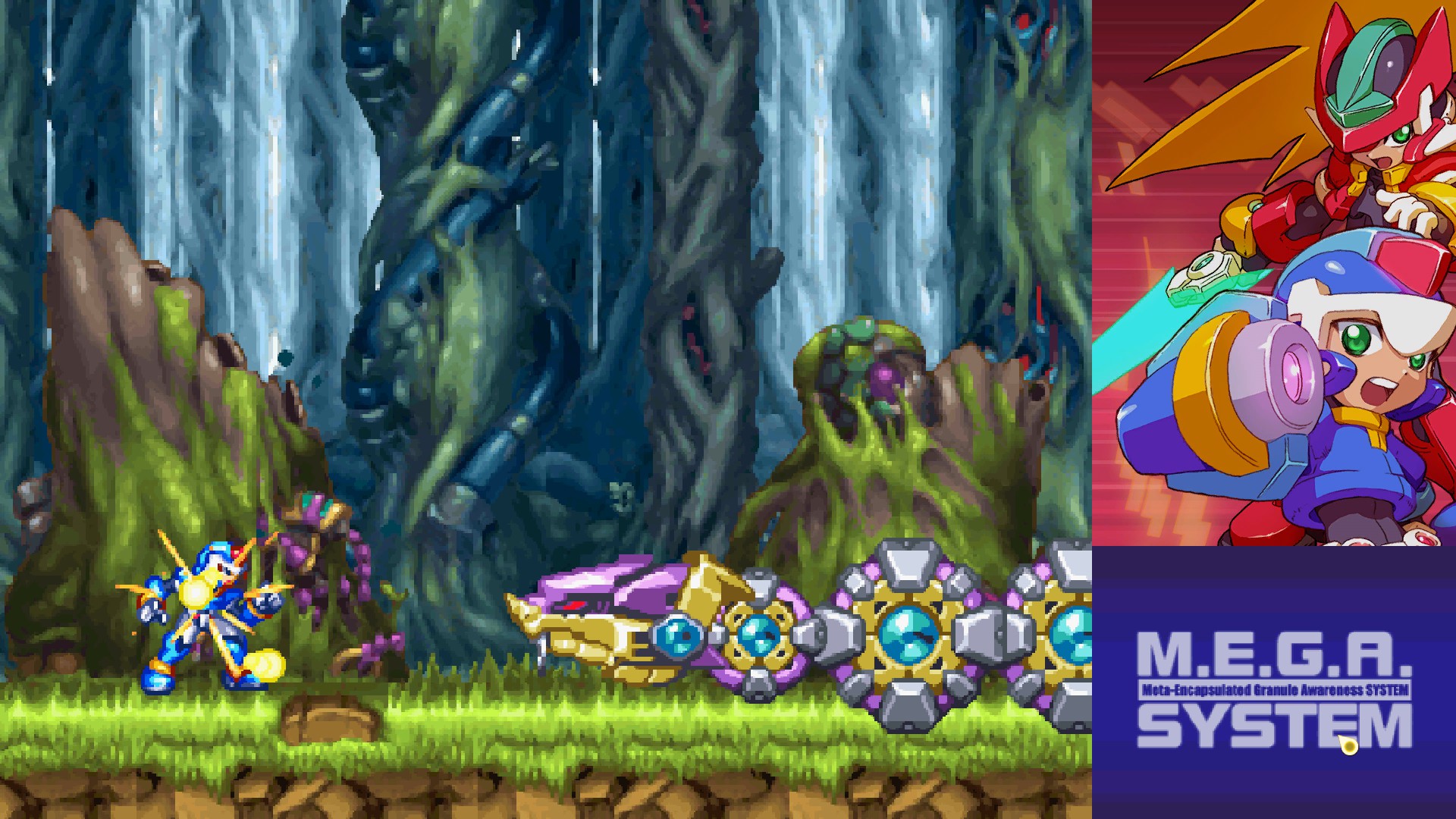 The boss encounters were fun and unique with different skill sets to be used and also all of them had their own damaging skills making the game non-repetitive in spite of being such a linear game. 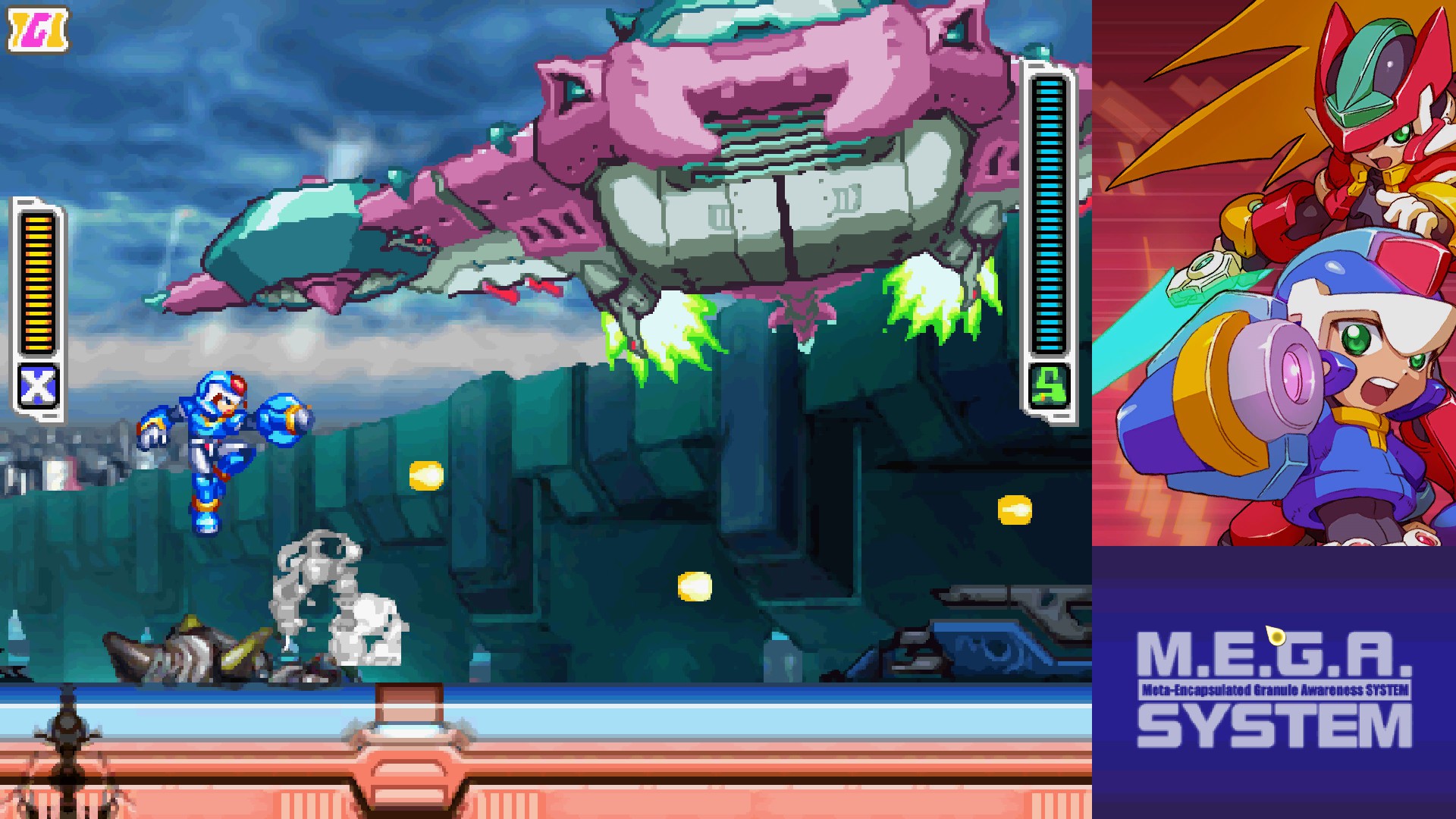 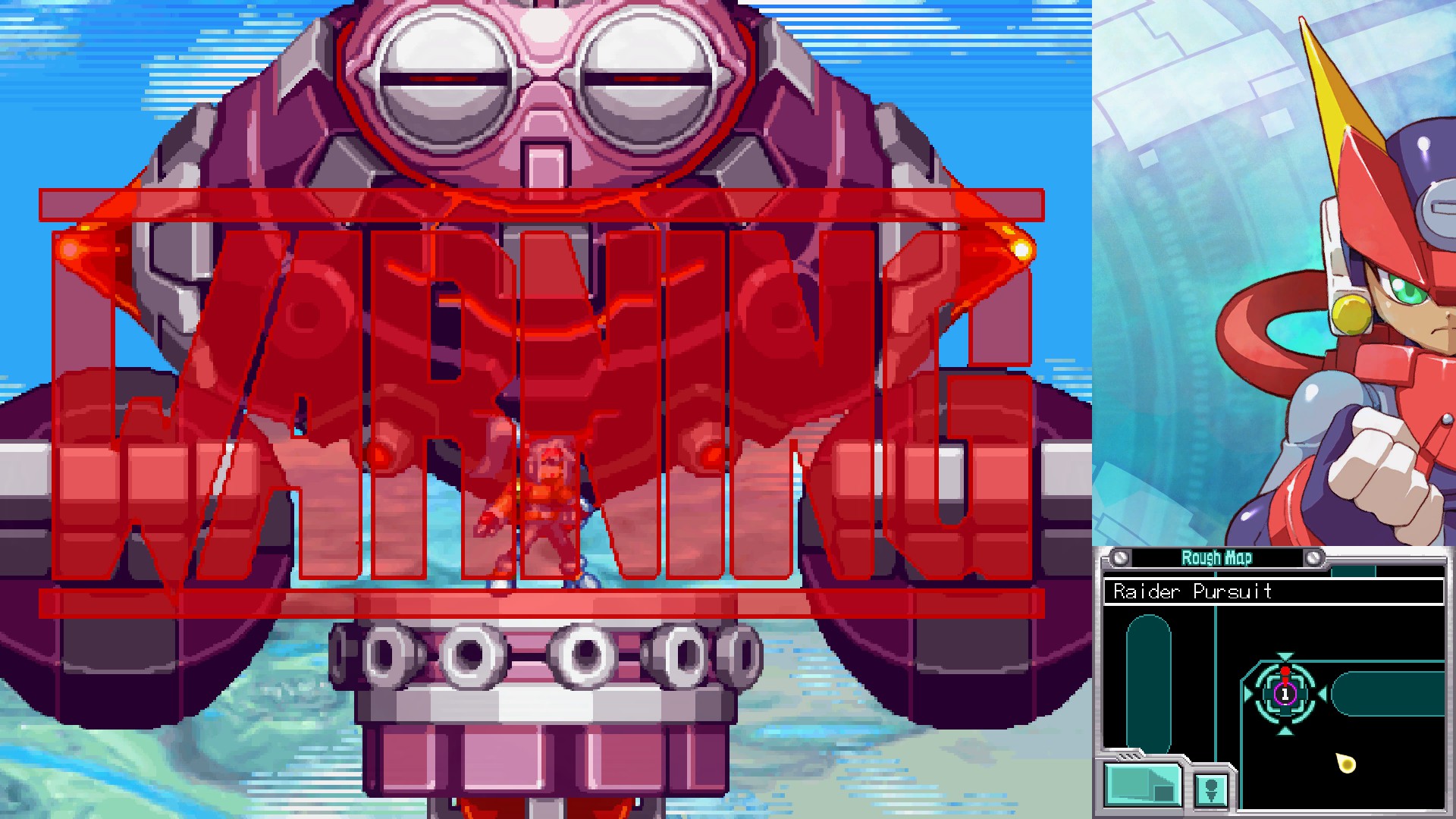 In the pause menu, you can check whatever you are equipped with and also there are some new features as well.

We have a different filter option that you can choose from which you can either select to have a smoothed out graphic option or want to play the way in the older way that the game looks originally which is without anti-aliasing or blurred graphics. 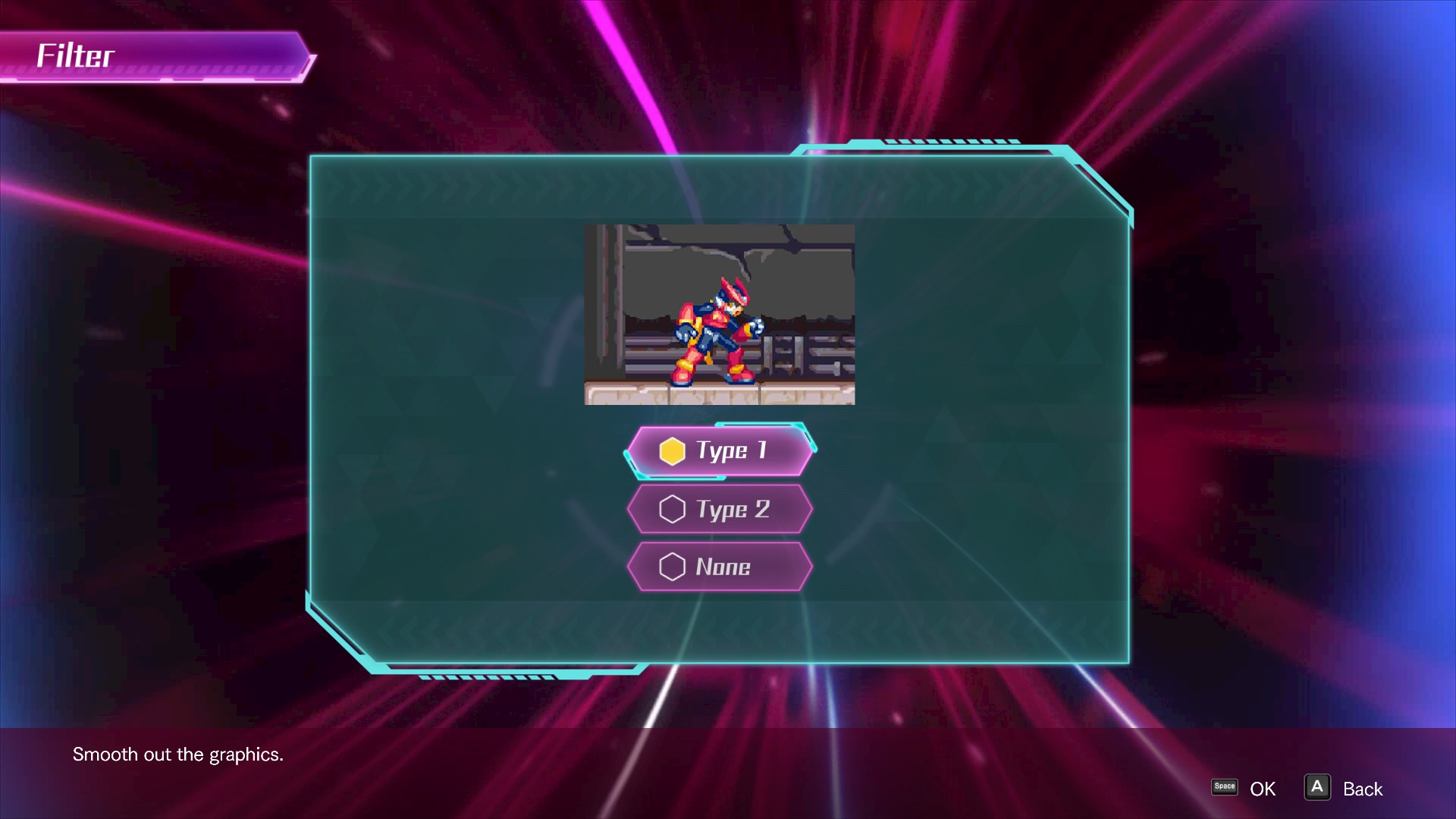 There is also a ZCHASER mode where you can complete with different individuals against their own time completion and have different boss battles appearing in different levels as well which is something very unique and just adds as an amazing solo bonus experience. 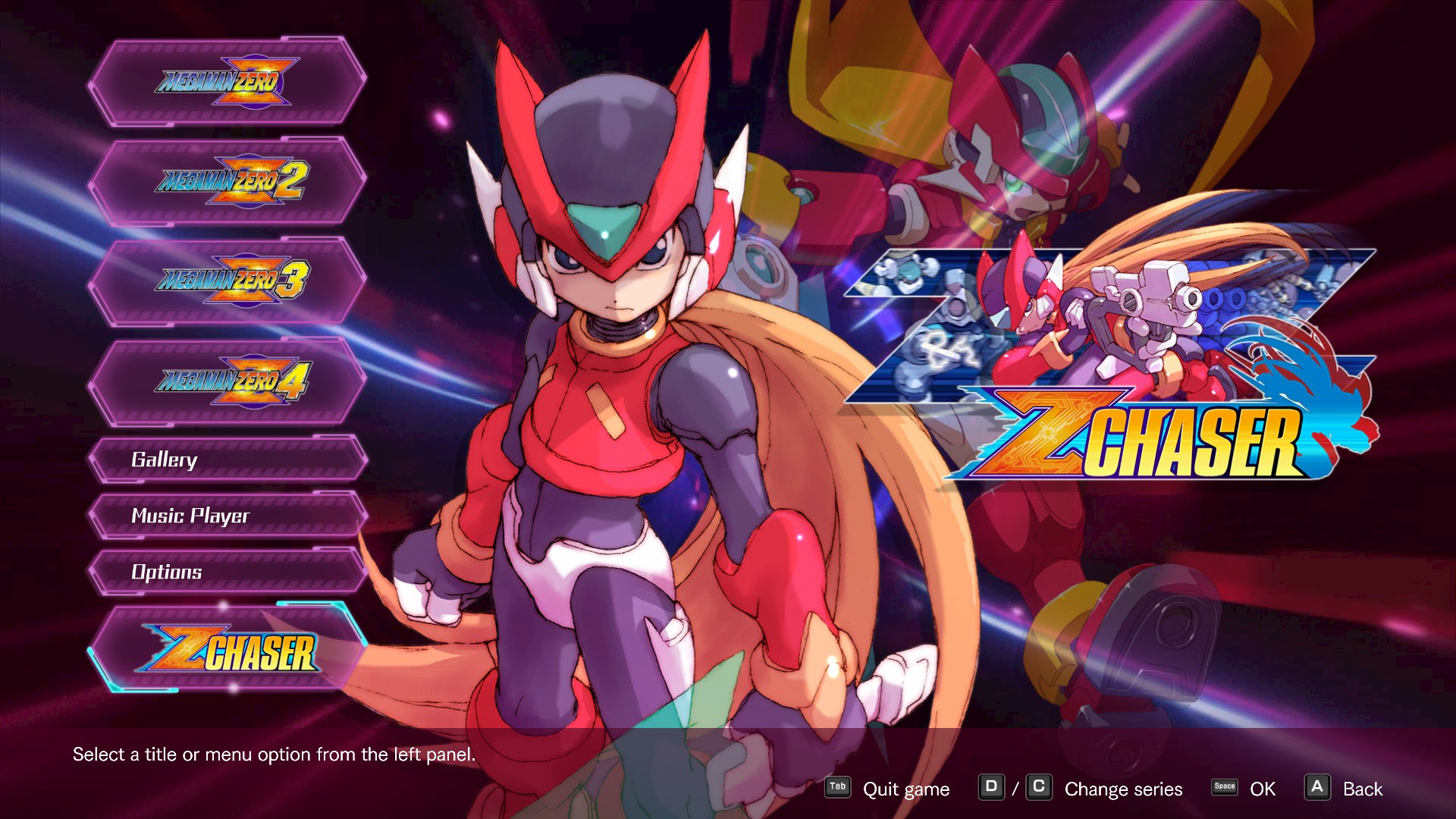 You can do a single chaser or double chaser where a friend can join you and both can enjoy them together. And if you want to compete in a world record scenario, you can do that too as well by selecting the World Record Chaser.

You can auto-upload all your data to the leaderboards as well or you can turn them off if you want to keep them personal. 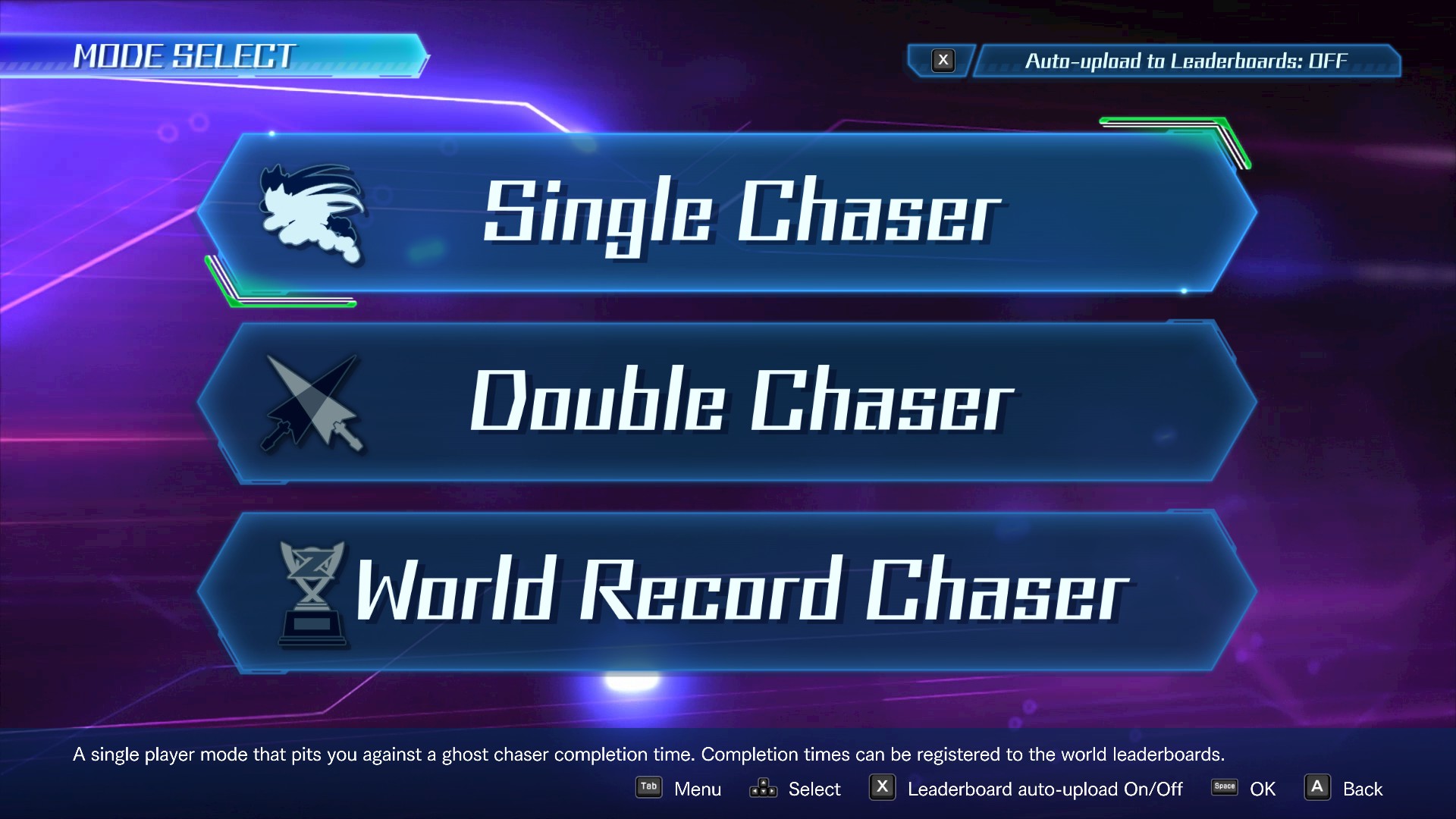 Soundtracks in this game are amazing and I am happy they include a music player separately just to listen to the different soundtracks they have in their game levels.

Mega Man Zero/ZX Legacy Collection is available for PC on the Steam platform for Approx 2500 Rupees and in my opinion, is fully worth the money. It consists of 6 games with bonus ZCHASER which is on its own an amazing bonus feature.

Mega Man Zero/ZX Legacy Collection is available for PC on the Steam platform for 2500 Approx Rupees and it is totally worth the price especially if you are a big fan of previous Mega Man games. All the 6 total games with the inclusion of ZCHASER and the extreme and unforgiving difficulty makes it worth owning in your library.