Today, I will be talking about the new DLC for Control called the Foundation. This DLC expands on this open-ended storytelling of remedy entertainment that focuses on both the past as well as the Present of the Oldest House, where it all began.

Control is one of the best games I have played in 2019. Remedy did an excellent job when it came to world-building and designing levels under one roof and creating a very good open-ended gameplay mechanic.

If you haven’t yet read my review of Control, you can click HERE to read it. I have had a lot of fun with the game and it was also on my personal top 2 games of the year contenders which was pitted against my number one game, which was Resident Evil 2 remake.

I had a lot of questions in my mind after I finished playing Control. Most characters vanished just like that without leaving a proper trace and the ending felt as if the future DLC’s would be taking care of them and I was right. 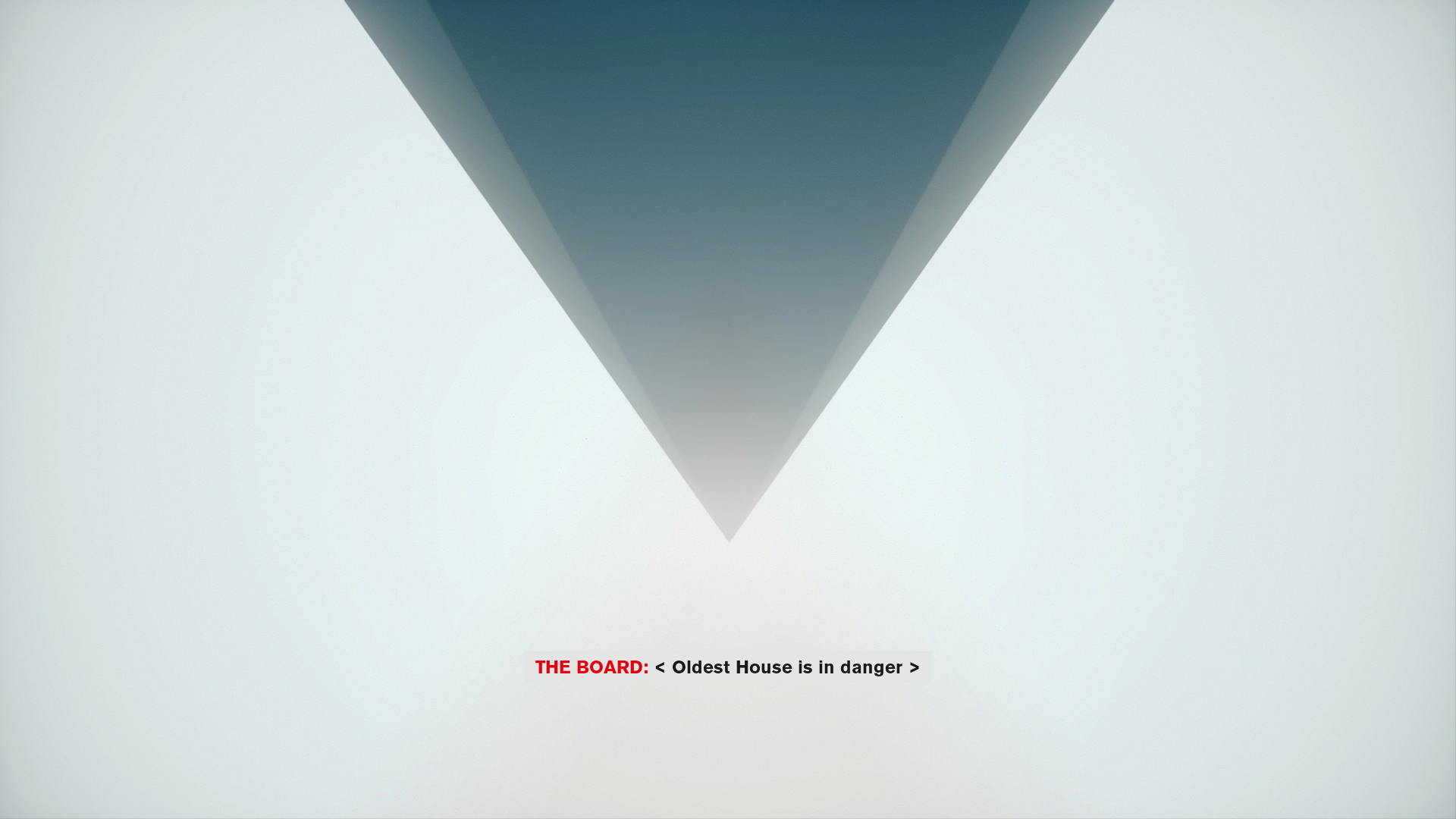 The Astral plane is somehow bleeding into the foundation which is present at the bottom of the Oldest House and can be accessed after you have finished the base game. Jesse, who is the present director now must go down and investigate the roots of the foundation and fix the astral bleed before it is too late. 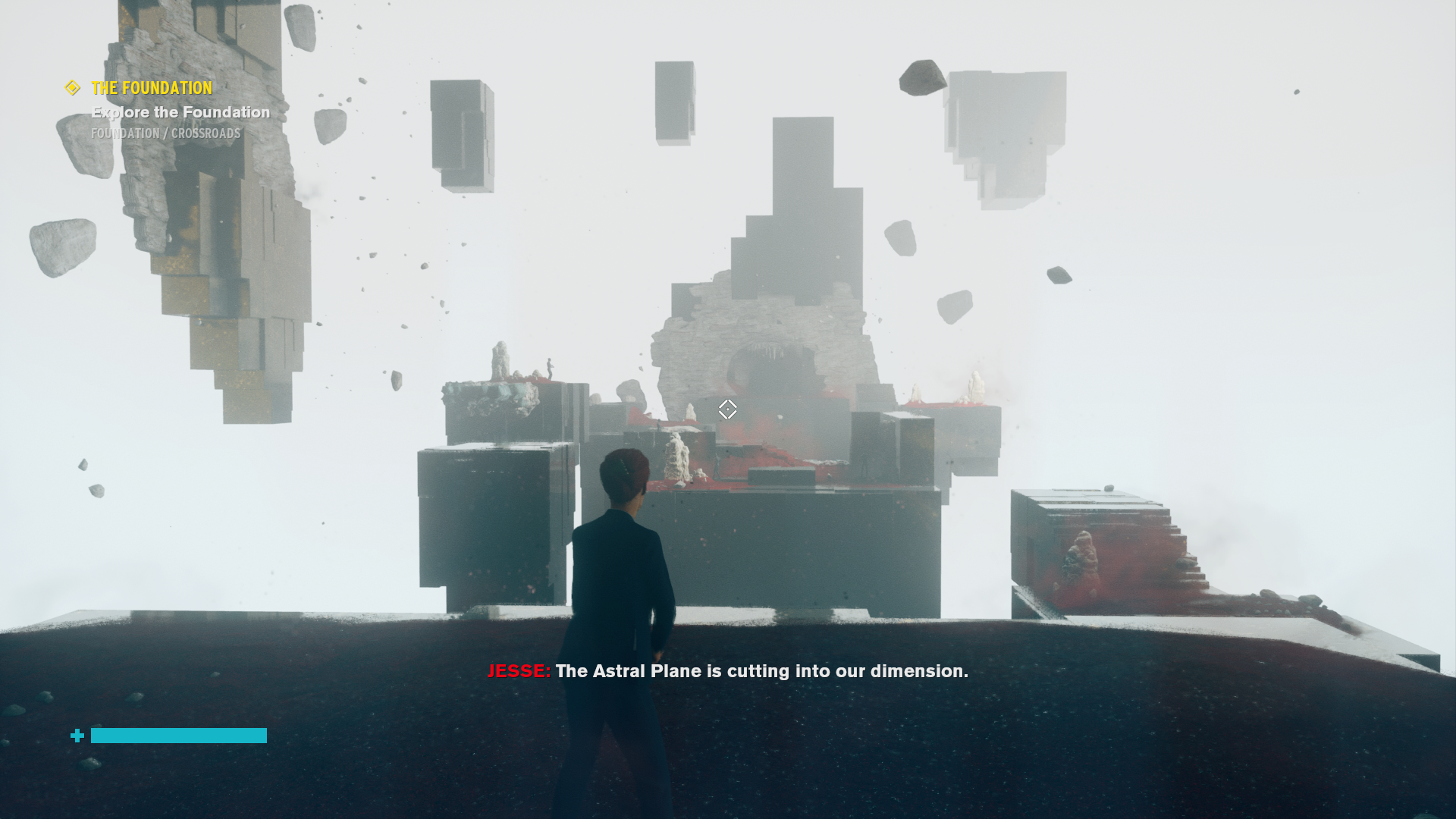 Gameplay-wise, everything is similar here except, you get to play with two new abilities. One of them can destroy crystals that are growing in the caves of the foundation thus opening up new areas to discover and play through, while the other creates platforms on walls and surfaces which leads to reaching newer locations that are high up from the ground otherwise not reachable normally.

These two new abilities do spice things up, but that’s about it. Except for these, there is nothing new here and the platforming sections start to get repetitive and boring after a while. The only thing that can keep you going in this game, is the story and your desire to know more about the Oldest house and its past dealings. 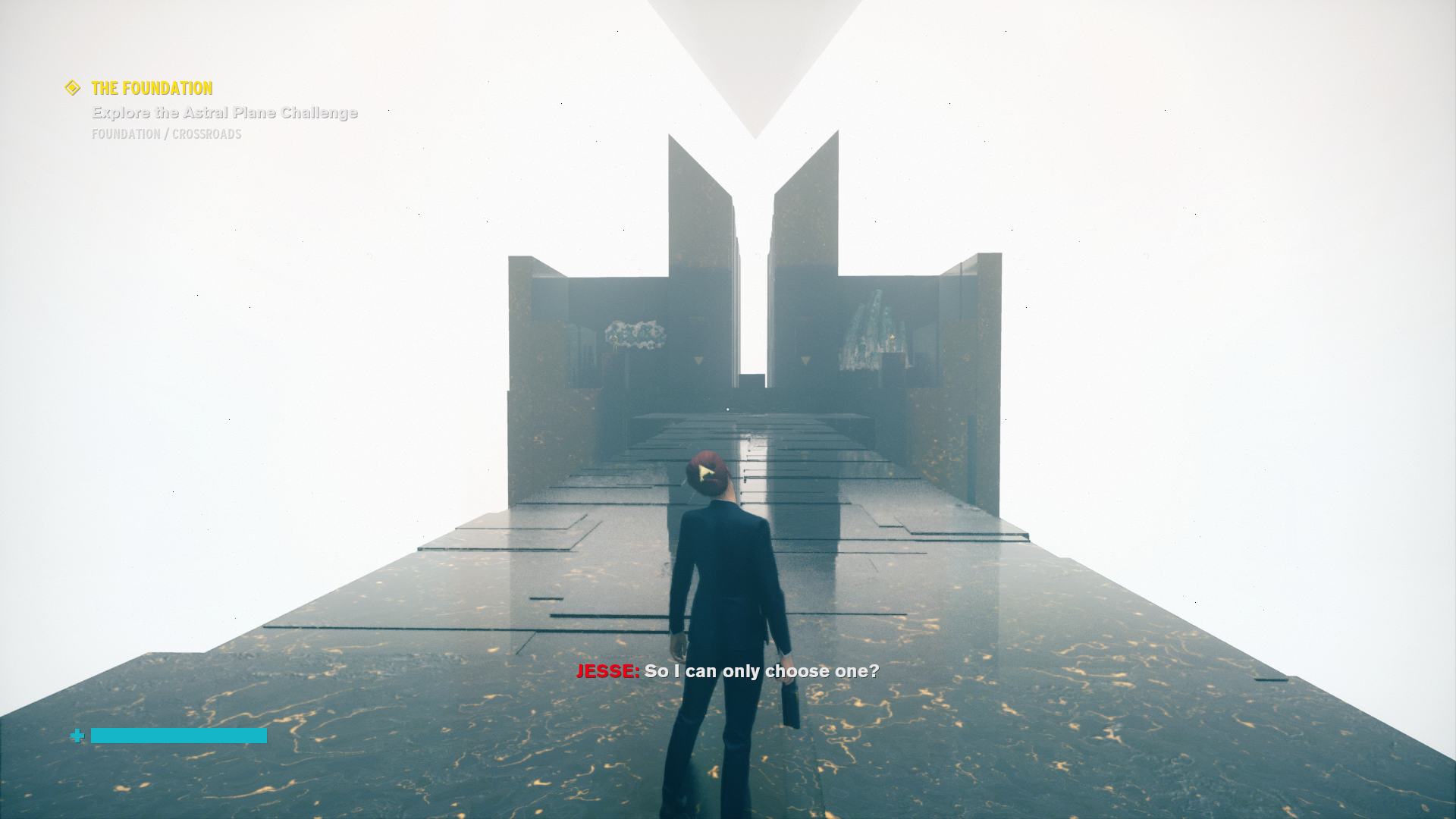 We have new enemy types as well which have the origin of the HISS but have their own weapons such as axes in their hands while being very agile and aggressive towards you, thus keeping the enemy encounters fresh at the beginning but fails to keep it that way throughout the game. 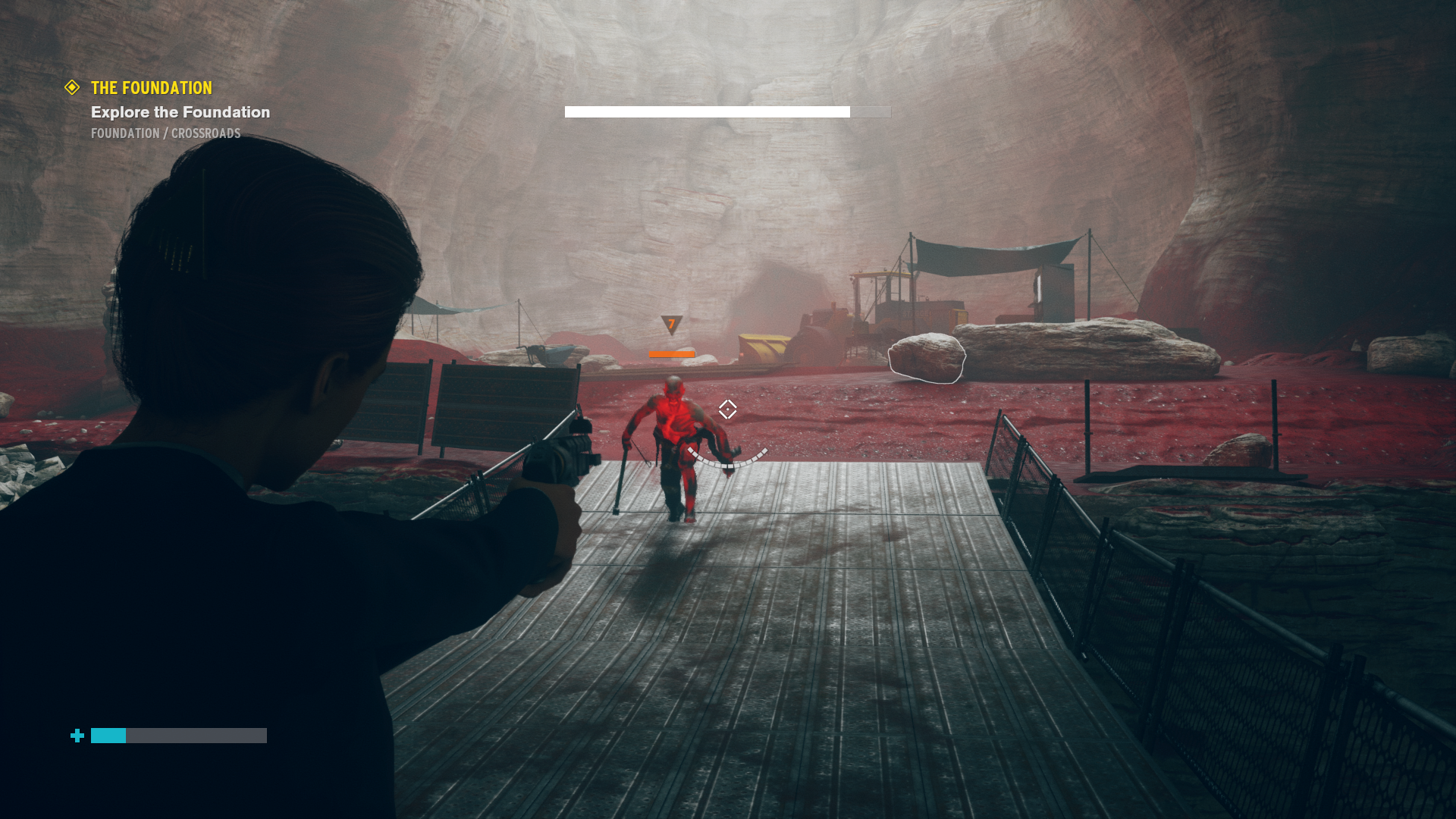 There is however a mission that is hidden, just like how few were in the base game and that is what shocks me the most. These side missions (some being hidden) are way better than normal linear missions that you are normally following thus making the player explore each and every corner of the Oldest House which again goes hand in hand with Remedy’s thought process of Open-ended storytelling.

Here in the Foundation DLC, however, that is not the case except for one such mission. There is an object of power that was present in the base game but was never used as a prop back then and is now back here and you get to obtain it this time around. This mission, however, is of the same nature of The Famous Astray Maze which was present on the base game and which we all loved dearly. It is the best level in the entire game and can easily flip up a boring game into an entertaining one.

The mission here, is you being on a train ride with two different platforms trying to evade different surfaces that keeps popping up while shooting some Hiss enemies. This also has an amazing soundtrack that keeps the gameplay going and keeps the platforming fresh and new. This mission alone is worth the 5.99$ price tag that the game currently has on the Epic Game Store.

The Foundation is just one DLC and the next one, called AWE, might surprise us as well with some new plot contents when it comes out. 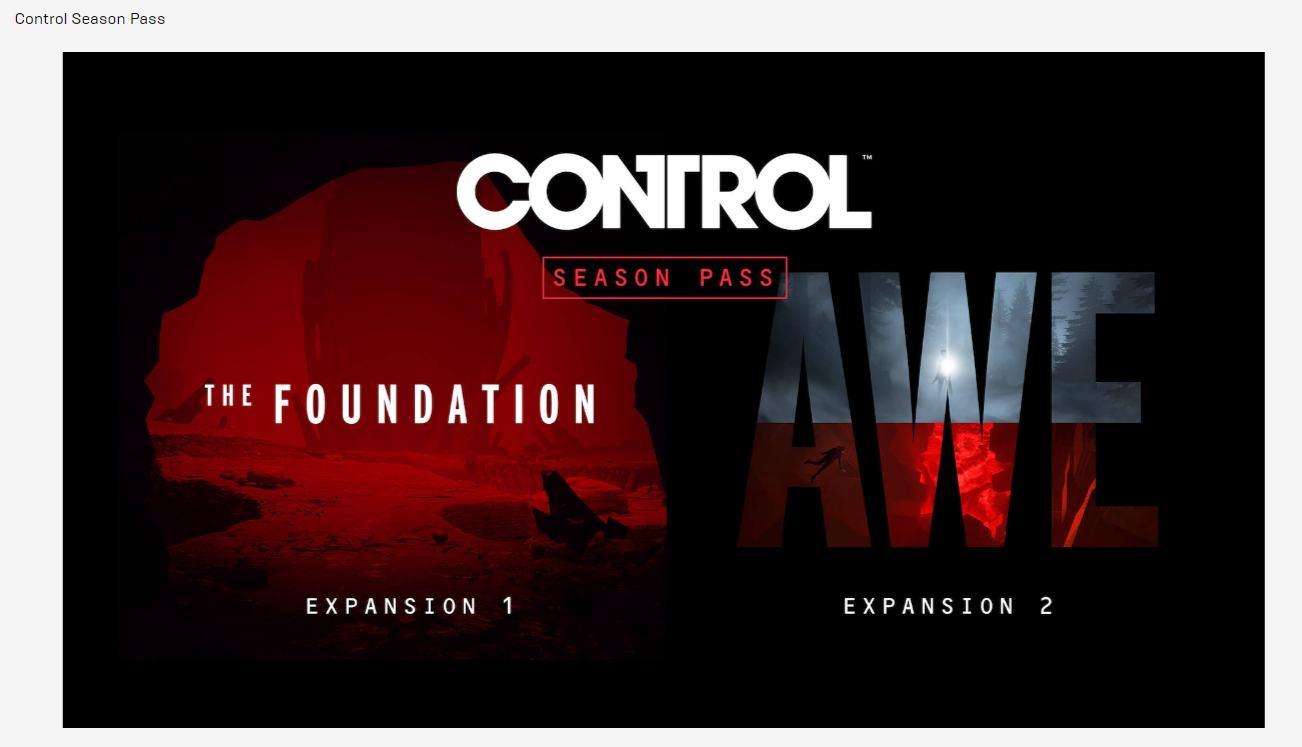 Control: Foundation DLC expands upon the open-ended storytelling of Control while showing us behind the scenes of what happened before and what is happening in the present at the origin of the Oldest house. The new abilities along with the drive to keep playing to know more and also the hidden yet amazing side missions are what kept me going till the end. This DLC certainly deserves some love and apart from the repetitive platforming sections and kind of similar enemy encounters, this is a good buy at the present 5.99$ price tag on the EPIC Games Store.