I have played my fair share of puzzle games, intensive ones like The Room, & story-oriented ones like Portal Series, Inside, The Talos Principle, and such. However, Peaky Blinders: Mastermind, is somewhere in between.

The story of the game serves well to the setup and staging of the game, but it somewhat falls a bit short, however, it’s the gameplay where it truly shines.

Anyway, let’s start with the review.

I received the review code for Peaky Blinders: Mastermind on 17th (3 days before launch) and I was kinda frantic because I thought 3 days would be very less to review a game. Started the game and saw that there were only 10 missions and the first missions had a time-medal limit of 5minutes(Gold, Silver & Bronze Medal). I was kinda disappointed that I can finish the game in 50minutes if required (Boy was I wrong, but more on that later). So far it wasn’t a good impression. And honestly, I went in with 0 expectations and still got disappointed and I wouldn’t go back after the first 2 missions if it wasn’t for this review.

The reason I didn’t like it initially was that the game started and gave me very little instructions, to begin with, and the first 2 missions are slow-paced. From 3rd Mission, it picks up as you learn the in’s & out of the gameplay.

So if you are like me, and got bored, stick around for at least the first 3 mission’s and then you will want more of it, as it should be for any good puzzle game. 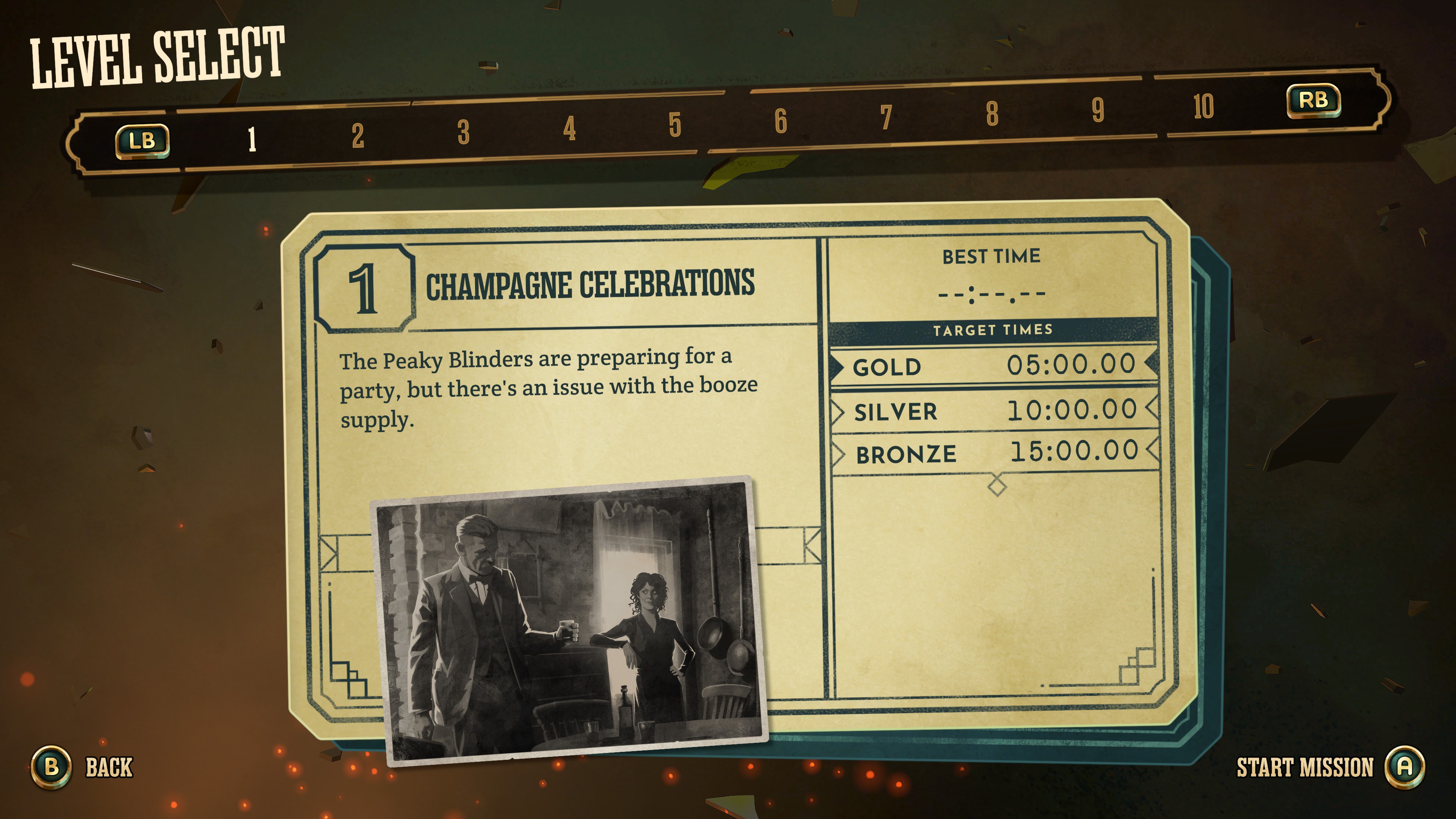 I started the game and the first thing I noticed was 30fps lock. Yes – I got RTX 2070 (Gonna upgrade to RTX 3080, next month – humble brag) with Ryzen 3700x and the game manages to use only 30% of my GPU because of the freaking fps lock at 4K Resolution.

First thing I thought to myself, did I leave the Vsync on by any chance? So I went to check and realized there is no Vsync option. I had to play the full game at 30-31fps. It was very jarring and I hated every second of it due to bad frame pacing.

I couldn’t find the config file as well to see if Vsync was on over there. Oh well, that is the only complaint I have, the game was consistent on GPU usage and overall looked well optimized.

The art style in Peaky Blinders is good, I really really liked it. It felt very sharp and was a good selection for this game. No complaints with the graphics. Liked it a lot. 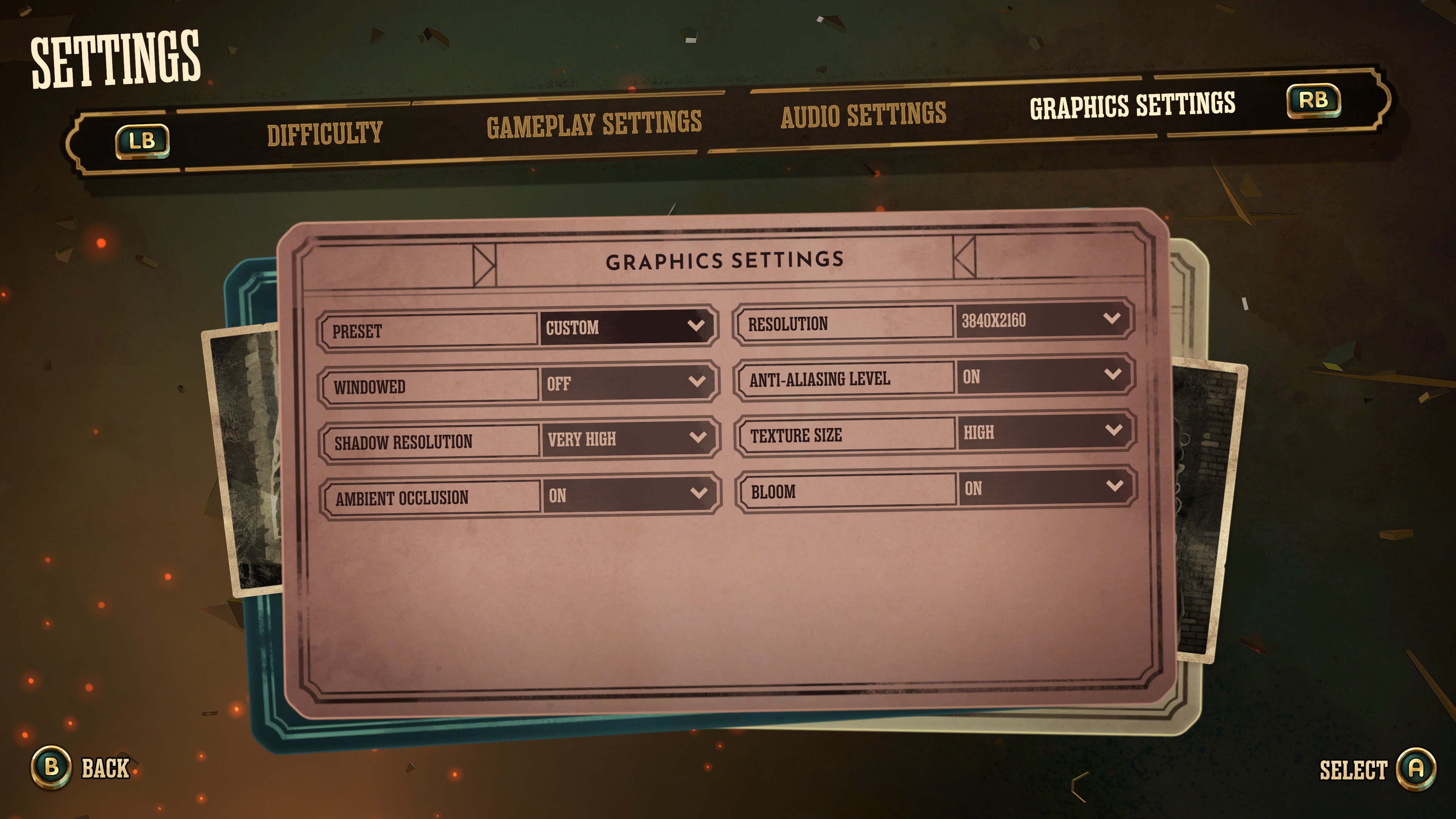 Cutscenes were a downer for me. There is no voice acting in the whole game, which is a shame, especially if you are making a game out of a well-established IP.

It is one of those oil pastel drawing like cutscenes. It’s fine and delivers the story just fine, but it could have been better. 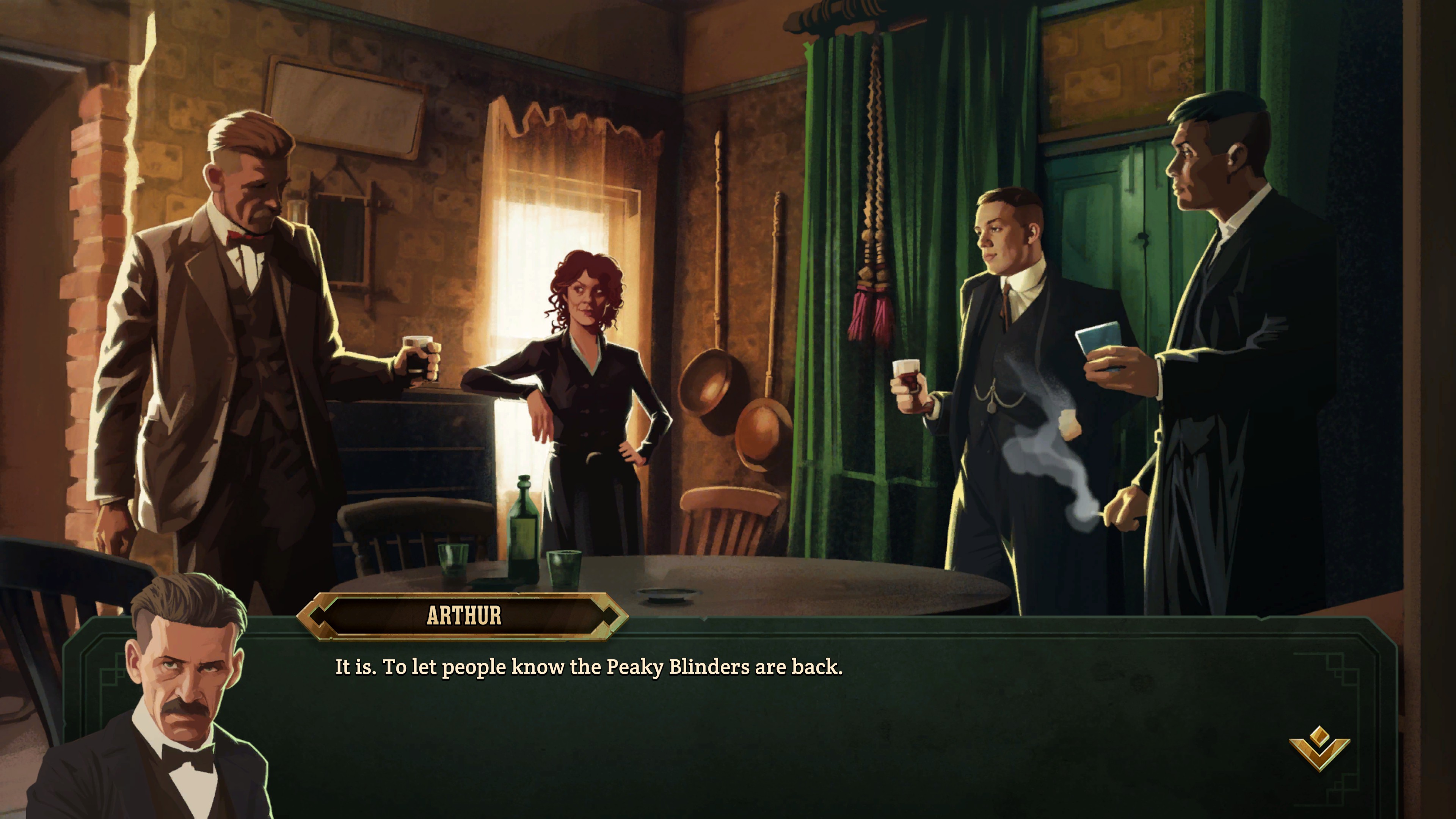 The Story of the game is at best eh. As it can be seen that their main focus was gameplay.

The story is just there to compliment the gameplay and the world. A very well detailed world.

If you are getting this game for the story, then it is nothing new you have not already seen or played.

Now coming to the meat of the matter. The gameplay, Chef’s Kiss. It’s so damn good.

As mentioned before that you can clear a mission within 5minutes & that is true, but this game is a clockwork puzzle, let’s say you have 5 minutes of real-time, there will be 2-6 characters that I have to control in that 5 minutes, and each character relies on the other character to do their job in order to progress.

You have to spend 5 minutes with each character in order to progress. And if executed well, it would be one of those domino effect videos. It feels very satisfying too.

From start to finish, it took me 6.5hours, for 10 missions. Which is alright considering the price is Rs 569/$20 (depending on your region).

The gameplay mechanics are really good and responsive, this is somewhat surprising as while playing you can see, how things can go wrong due to automation of previously played character.

There are few downers in the gameplay too, however.

Like there is a point in the game, where you have to take the help of bystanders by using “convincing power”, where Tommy, goes to the bystander, it loads a few seconds and that’s it, you are controlling the bystander for a couple of seconds. Or How Arthur & John can fight with the Chinese or Gilroy’s henchman, you just go up to them and press A. Which is kinda silly and I wish there was some small mini-game or something to do while there. 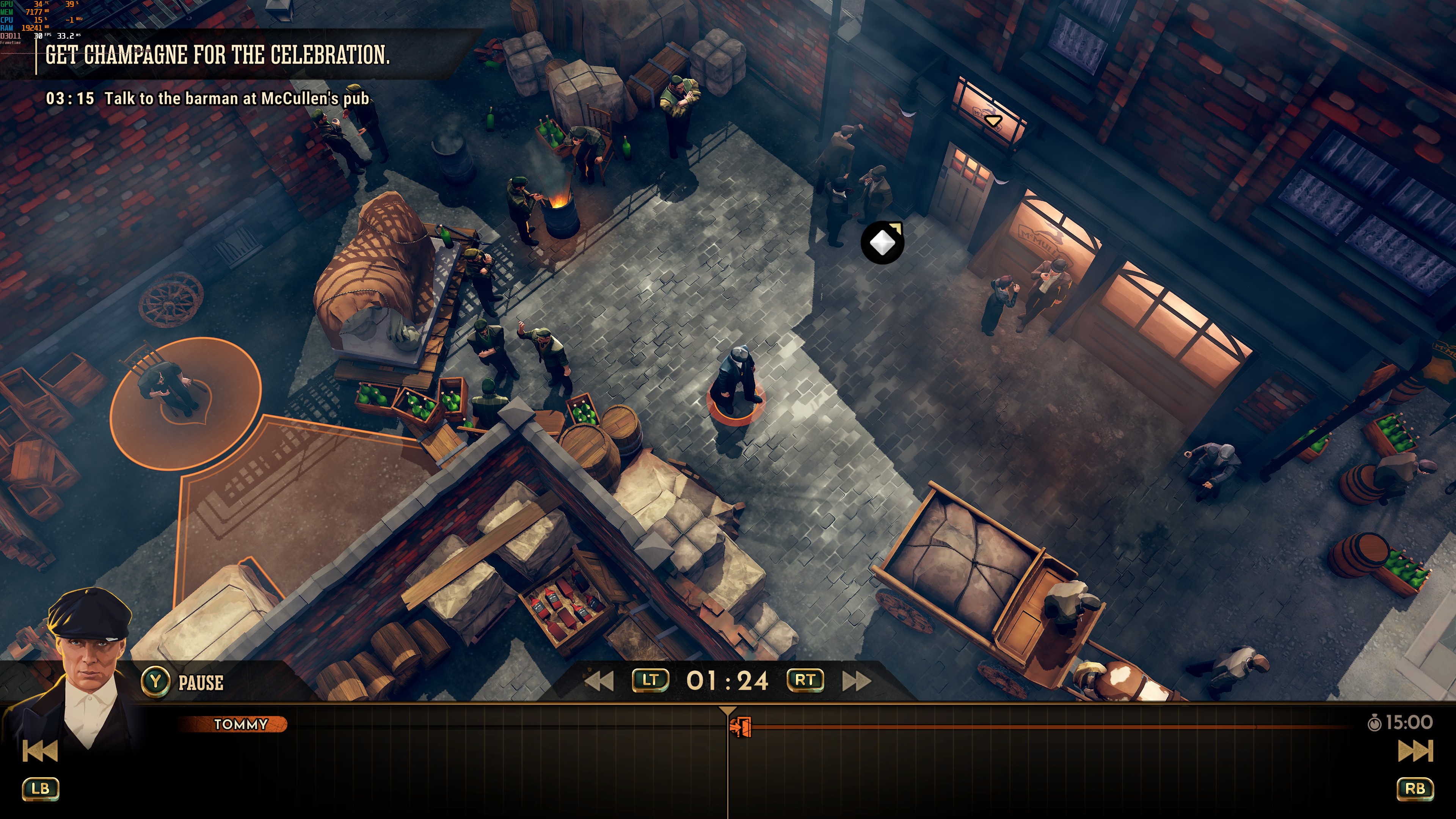 1. The Levels/World Design – It is really good, & well detailed.

2. Puzzles & Gameplay – The puzzles are really good, as said before, like clockwork which in turn makes gameplay fun.

3. The Characters – The main characters from the show are here

1. Somewhat No Replayability – I got 24/30 Achievements in the first playthrough. You can only optimize your mission time that’s all.

2. Cutscenes – Could Have been better.

1. Story – The story is there just to complement the gameplay and the world. Not engaging and predictable.

2. Music – Just kinda feels out of place at times.

Disclaimer: Review code provided by the PressEngine Team. Big thanks to them.

If you want to see some gameplay, our friend’s over at DontGetBusted have some for you: Here

Peaky Blinders: Mastermind is a terrific game and has many strong points like gameplay, puzzles, the world, & level design. However there are some weak points too, but they get overshadowed by all the things the game does right. If you are a fan of puzzle games or even escape room type games, this will satisfy that itch and will make you want more of it by the end of the game. PS: Level 4 & 10 are dope.

Marvel’s Avengers Review: Did They “Reassemble”?