It has been almost two decades since I got my hands on a PlayStation 2 console and was immediately blown away by the games on it. Back then as a child, the term “exclusives” did not nearly mean as much as it does today, but one thing was for sure, Sony had established a strong foothold in the video game industry via their beautifully crafted games with amazing storylines. Coming back to the PS2 though, one of the first games I ever played on it was the very first God of War, which not only left me spellbound with the gameplay but also made me buy a PS3 due to the launch of the third installment. What left me truly incredulous this year though, was something which I never thought would happen – the release of God of War (2018), a flagbearer (if there ever was one) for Sony exclusives, on PC. Better graphics? Improved gameplay? Let’s find out. 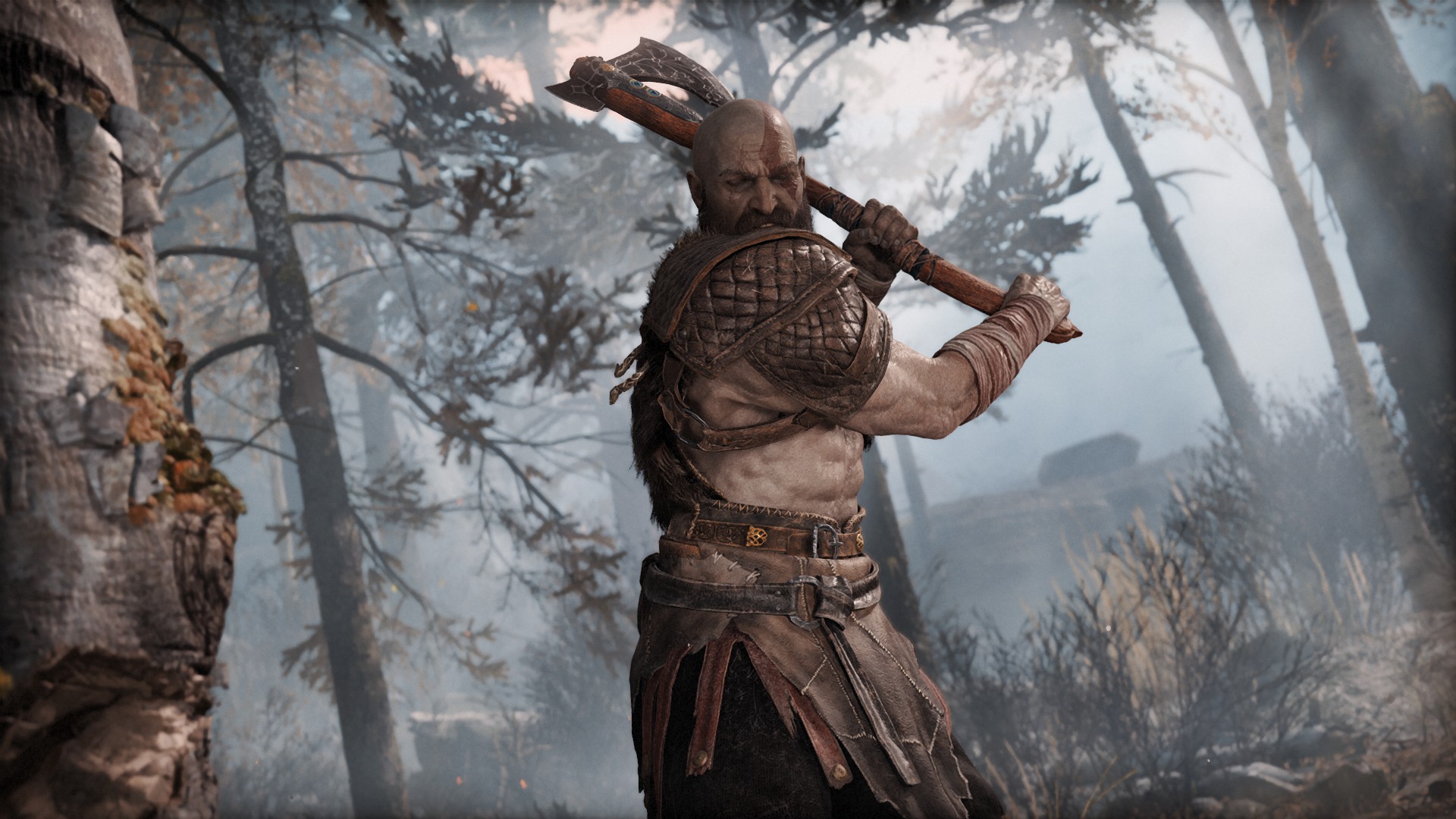 The game follows the story of Kratos, a man who overthrew Ares to become the next God of War after he had successfully managed to vanquish all the Greek gods. Fast forward to the future, and Kratos has almost given up his life of violence for a family. He has a son now, Atreus sports a beard, and he has given up his chained swords for good. Or so it would seem. In newer territories this time, among Norse lands fraught with the evil of all kind, hulking monsters, and gods who do not take kindly to outsiders, the story takes Kratos and his son through strange and beautiful realms, each with their own perils, on their journey to disperse the ashes of his wife on the highest peaks of the mountains. 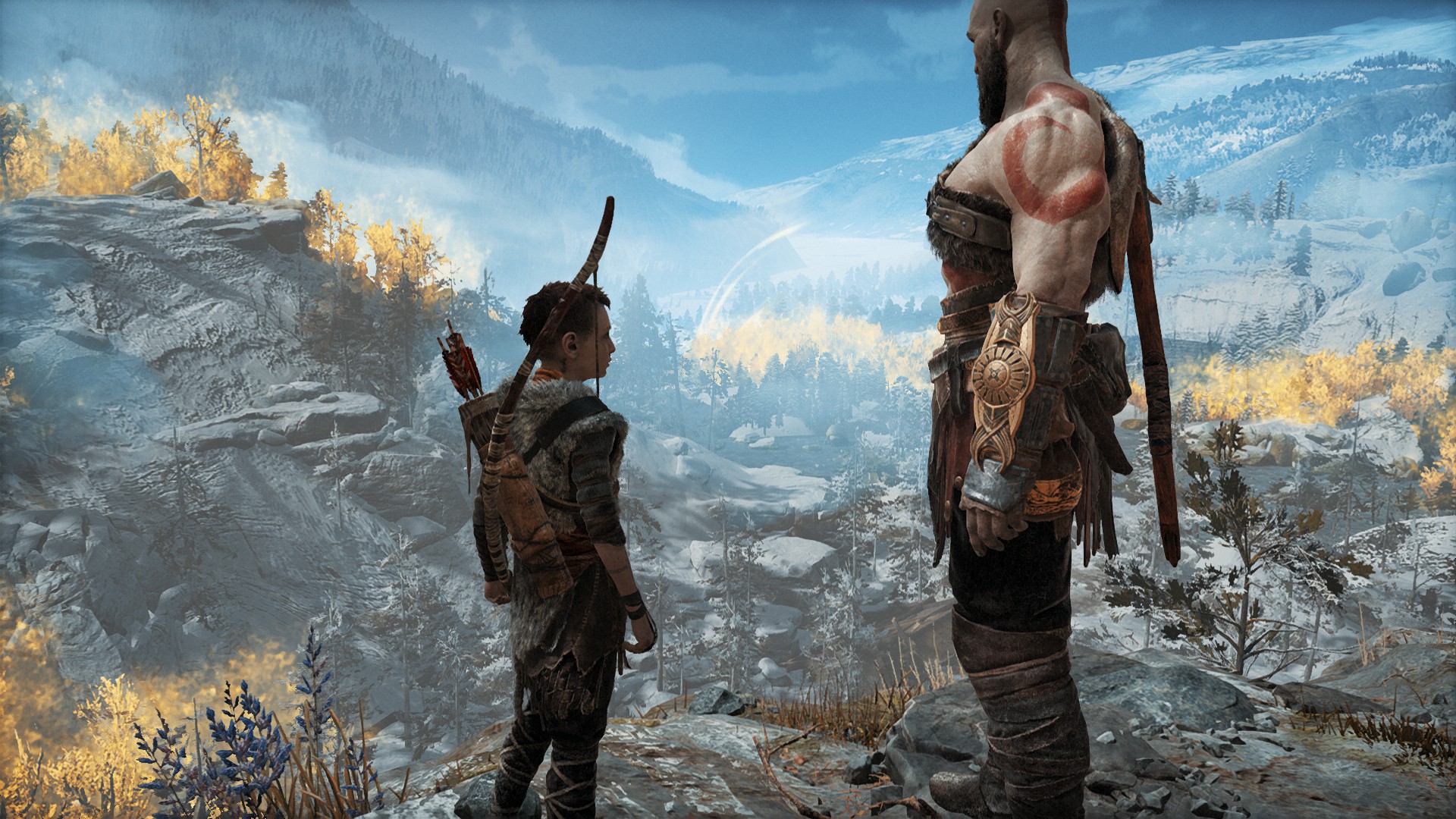 The game shows how Kratos, the erstwhile bloodthirsty god, has evolved from a person to someone who is far more cautious, and at the same time tries to fulfill his role as a father, despite his stern demeanor. The alternating symphony between battles involving mystical creatures, and the interim, which shows a budding (yet tense) relationship between father and son, makes God of War the masterpiece it has always been critically acclaimed to be. 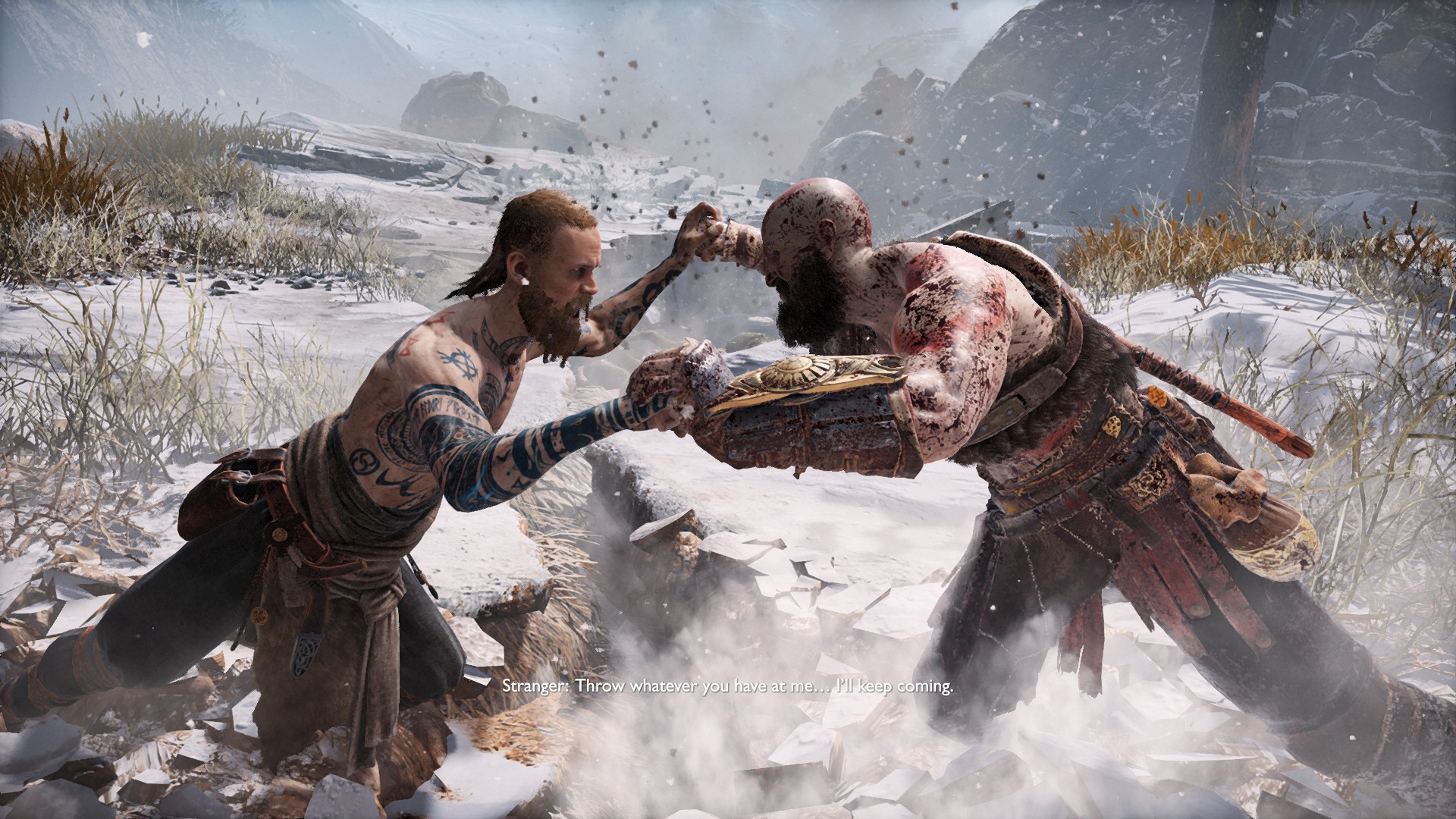 The gameplay of God of War has changed a lot this time around, as compared to the previous installments. The camera has now shifted to an over-the-shoulder view, which often leads to difficulty in combat, especially since enemies out of your frame of view take immense pleasure in trying to chop you down, and while Kratos can perform quick turns, it makes the combat occasionally mildly irritating. The rest of it though is unparalleled as Kratos now sports an ice axe, which can be used to inflict damage, break objects, freeze levers in place, and much like Mjolnir, be recalled back to him at his wish. Kratos gains newer weapons later on, with newer skills, and one of the ways by which the gameplay has changed is the inclusion of Atreus who takes part in combat, helping Kratos by showering down arrows on enemies who attack from a distant range. The game involves a lot of customizations in terms of skills, weapons, and armor. 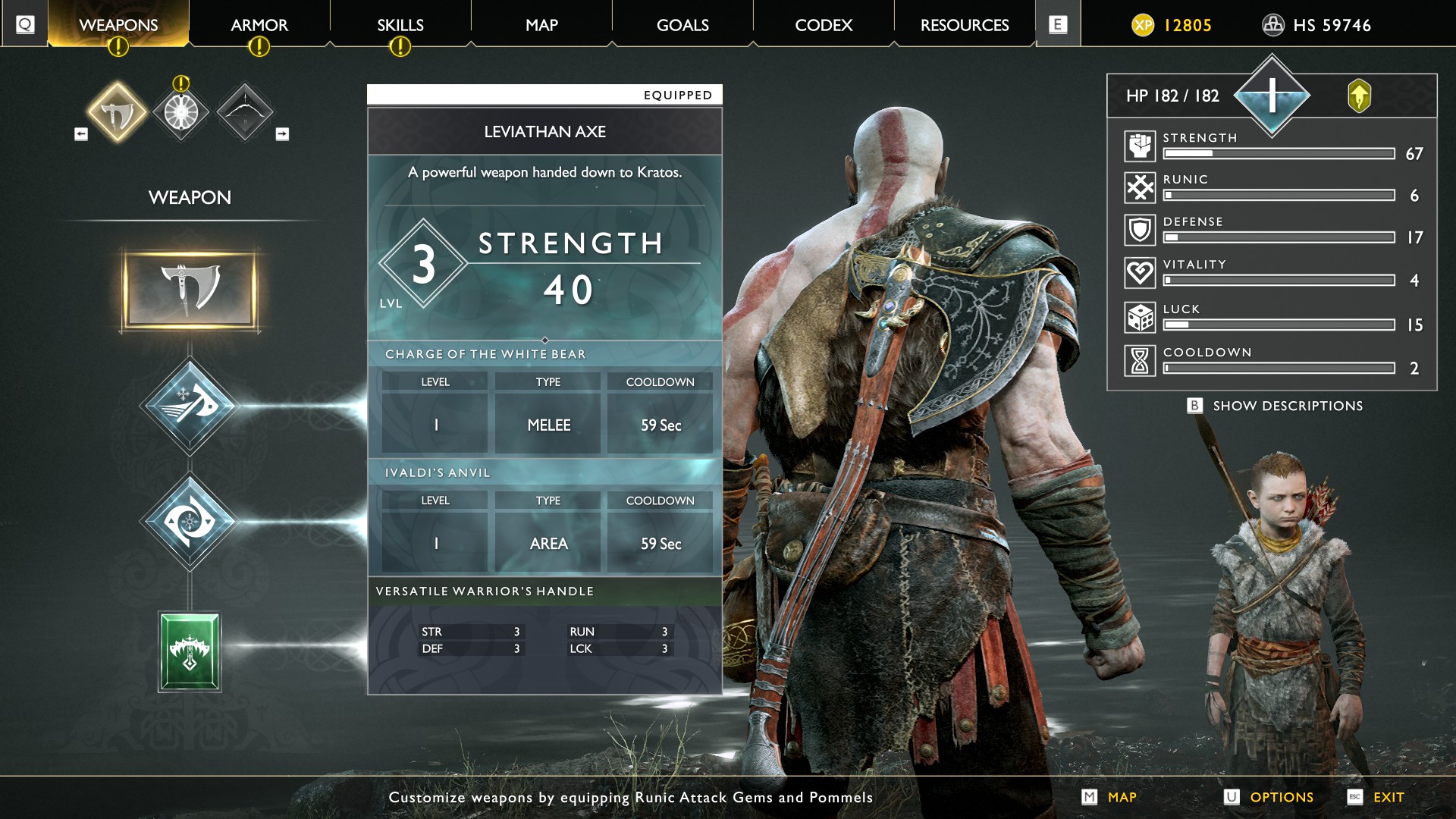 Similar to other RPGs, you can upgrade your weapons with runes, learn new moves, and hence, transform combat as per your wishes. The semi-open-world nature also introduces side quests in the God of War series, which is a welcome addition since a number of them involve mini-boss battles, puzzles, new enemy varieties, and fascinating rewards. The world this time is huge, perilous and one which players can spend hours exploring and still not get bored. 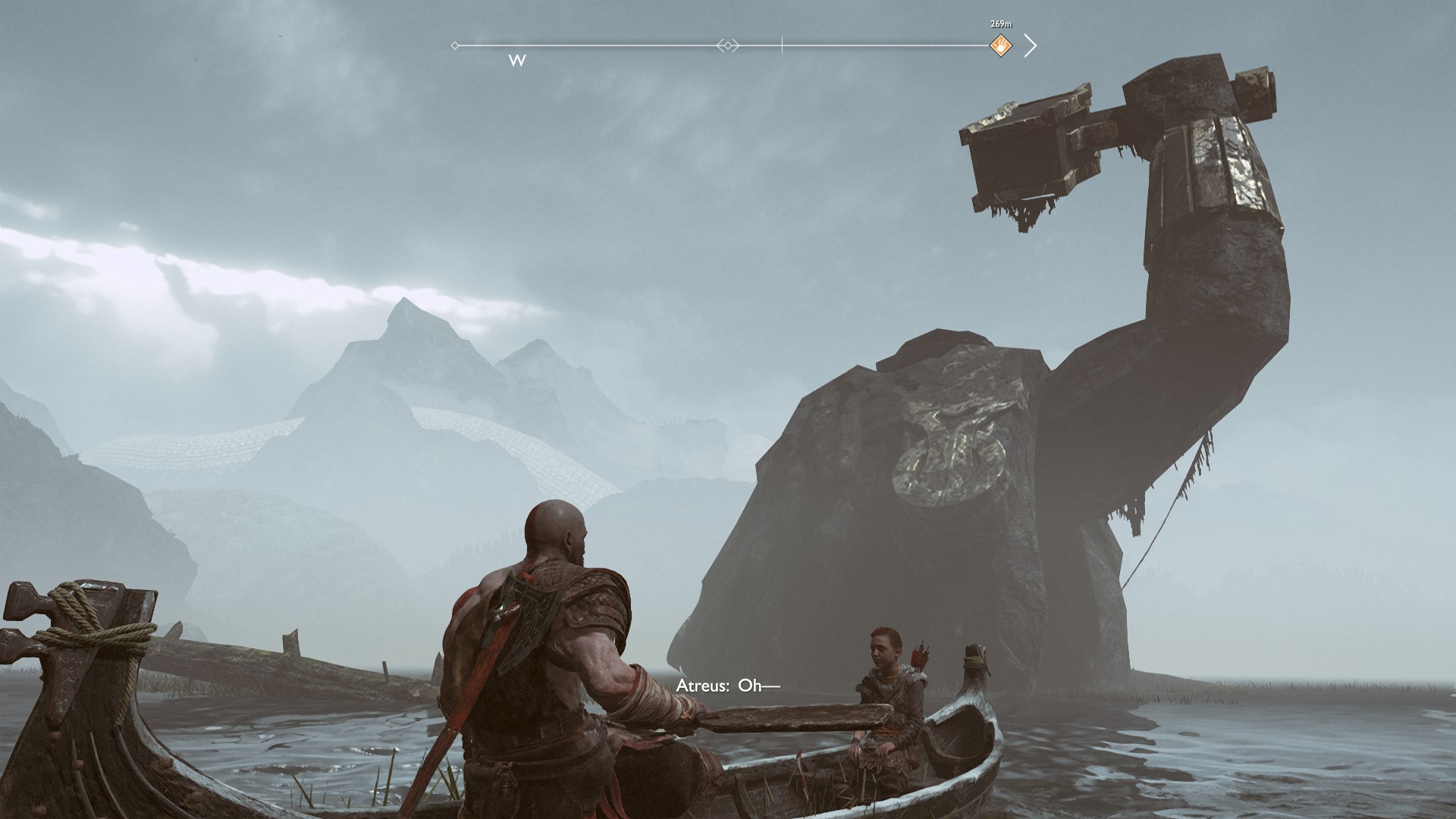 Honestly, the only reason most of you came to read the review is performance, because that’s what people look forward to when a much-awaited PS exclusive gets a PC release. I played God of War on a system sporting a Ryzen 5 3600, 16 GB RAM, and a GTX 1660Ti. The game includes an ‘Original’ mode where it is made to resemble what it looks like upon the PS4 Pro, and in that mode, it holds up really well on the 1660ti maintaining a frame rate of 80-90 FPS though it keeps varying inconsistently within that range.

On the High or the Ultra preset though, things change drastically. While High maintains a frame rate of 50-60 fps, on Ultra, the game swivels between the 20s to 30s. While the leap in graphics quality is massive between Original to High, the leap is not quite as well evident between High to Ultra and thus, the slightly lower setting does equally well. 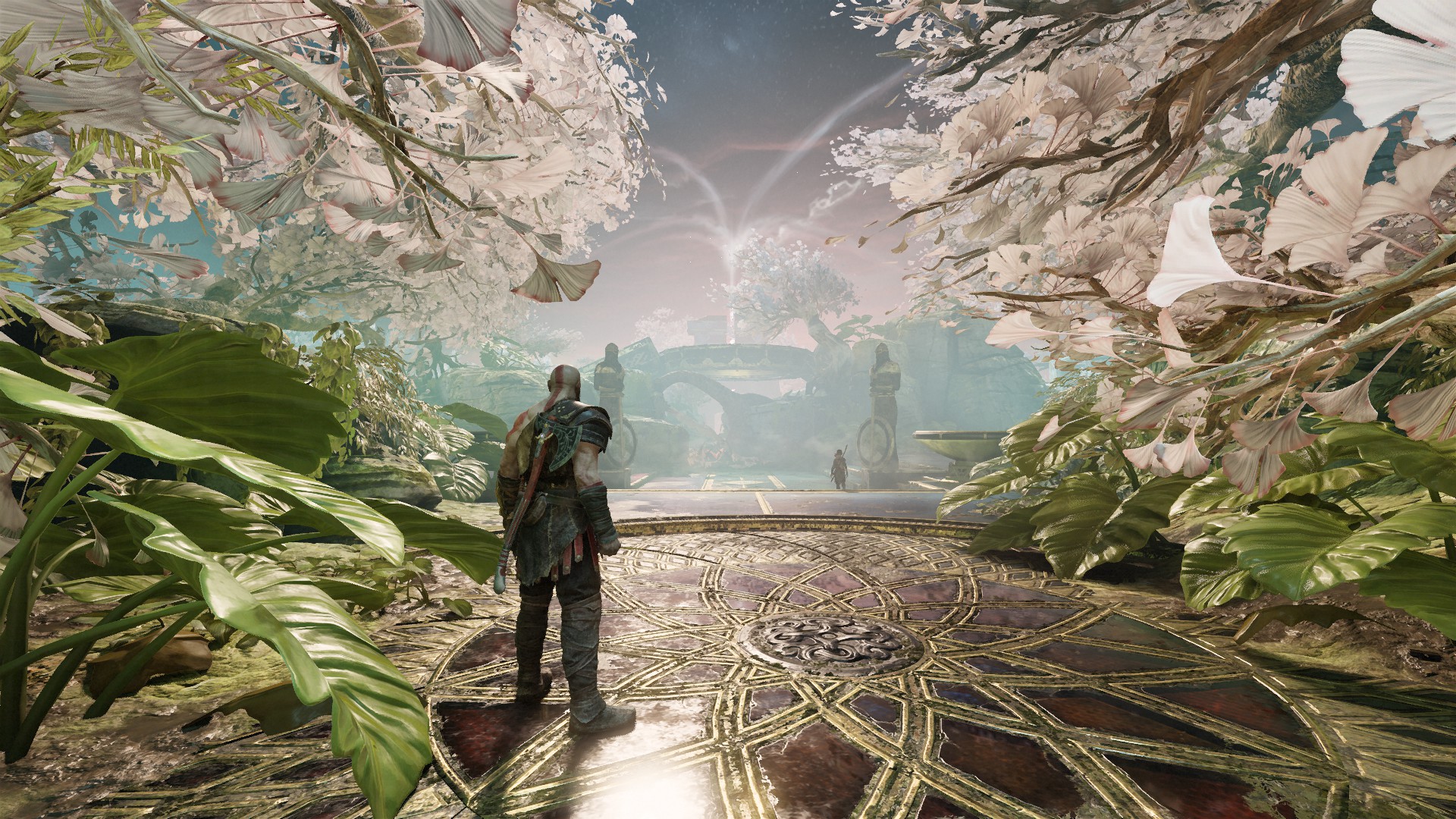 While the use of an NVME decreases load times significantly in games, God of War has slight issues with loading while switching between different realms, though it occurs very infrequently. The game stutters and minor lags become evident occasionally. That being said, on Original, the game is quite beautifully optimized, as it should be, and generally performs well across the GTX series too, though higher-end RTX cards might be needed to take advantage of the uncapped frame rates.

The implementation of Nvidia’s DLSS and AMD’s FidelityFX Super Resolution in the 2000 and 3000 series helps a lot in boosting performance though. I had the opportunity of testing the game out on a rig with a 2070 Super and DLSS works wonders for the game, upscaling it while negating FPS loss. The setting ranged from Performance, which gives you decent graphics while obviously increasing FPS, to Balanced and finally Quality, where the game looks absolutely stunning. All in all, DLSS can help you to play the game at way higher settings, and while, if examined closely, the graphics may look a tad hazier, it is generally not noticeable most of the time and overall, makes the PC experience way better. 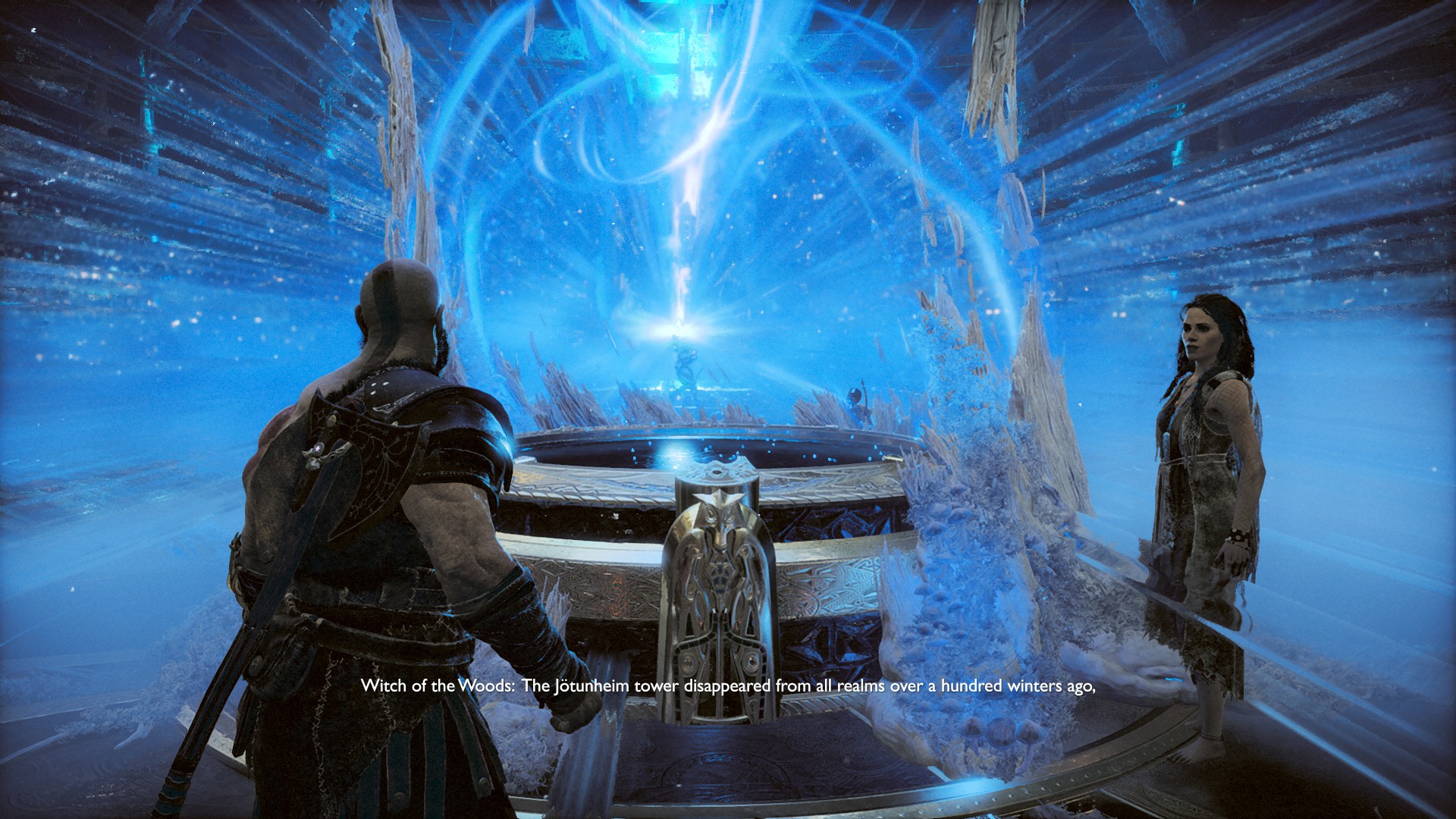 Playing on PC also comes with the added advantage of the graphics looking leaps and bounds better on the modes other than Original, due to shadows and reflections being much more apparent in the game. The protagonists move with contrasting shadows lighting them up constantly, according to the time of the day and they are way more clearly visible than what was seen on a PlayStation 4. Reflections are clearer, and this improves the graphics significantly due to large portions of the game involving Kratos exploring the semi-open world on the sea, as well as brightly lit up interiors of colossal buildings. Kratos looks extremely real on larger screens and this simply goes to showcase the added beauty to the already incredible PS exclusives, once they come on PC. 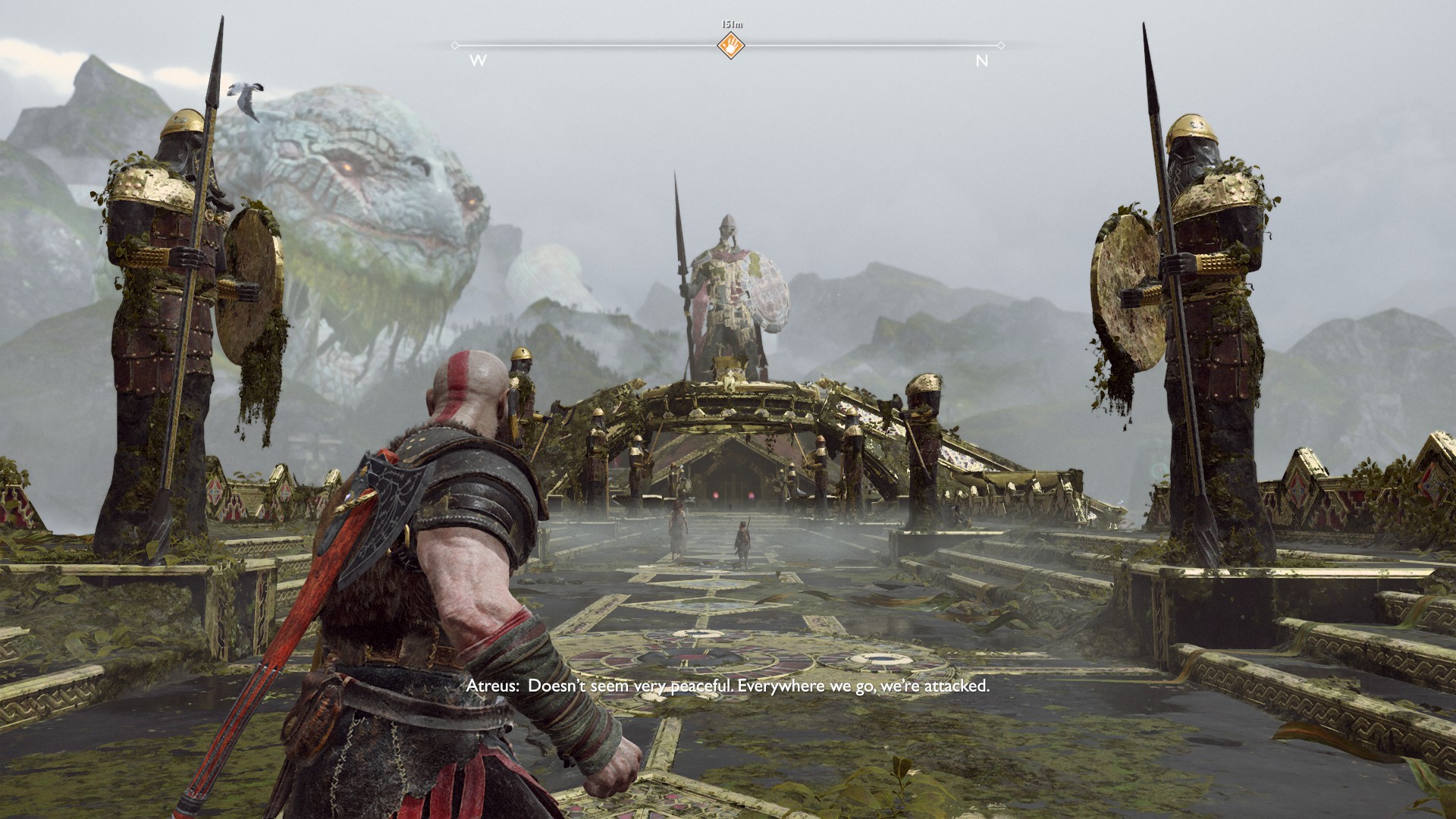 Finally, thanks to NVIDIA Reflex, the gameplay feels smooth, and also it has zero latency issues. Compared to the PS4 version there is a slight advantage here on PC thanks to reflex since the response time is much lower and attack animations happen almost instantly breathing new life into the game for old comers.

Disclaimer: Massive shoutout to Playstation India for providing us with the review code for this game.

I have personally been a huge aficionado of PlayStation exclusives because of their beautiful stories and stunning settings, and God of War is one of the finest examples of them. The fact that Sony is choosing to release these games on PC might be met with different opinions, but the one statement that stands as a fact is that PC gamers have got the chance to get their hands on one of the finest video games that have ever been made. A campaign filled with brutality amidst an idyllic Norse setting, which, even with all its violence, manages to thoroughly explore the relation between a man who has guarded his emotions for years, and a boy who simply yearns to make his father a little prouder of him. God of War is a title that will make even the longest veterans of gaming draw their breath in, more times than one, and while it is truly a treat to people playing on PC, I personally can see many who will lie in wait of grabbing the next-gen PlayStation console, just so they can savor the upcoming sequel.