A Re-Release Worthy of Royalty

Look, I know how late this Persona 5 review is. But, by god, I did my best to find time after work to complete this mammoth 130+ hour game. Also, with Persona 4 Golden coming to Steam, now feels like the perfect time to plunge into this franchise. I had already written my initial impressions in another article (which covers the first palace). This will be a continuation of that.

Persona 5 Royal peppers its new content slowly throughout the game. After the first palace, you unlock the Thieves Den, which is an interactable gallery. You can customize your den, watch unlocked cutscenes, and play music tracks. You can also change your character to anyone of the phantom thieves. I have to admit, I got a real kick walking around the den as Morgana with his Looney Tunes style leg movement animation. Tycoon, a shredding-type Japanese card game, requires special mention here. Your objective is to get rid of all the cards in your hand before the opponents. The game takes some time to understand but can quickly become addictive. I find the lack of multiplayer here to be a missed opportunity.

While the different levels of difficulty offer some fresh challenges, you’re still playing against an AI-controlled group of phantom thieves. Adding new items to the Thieves Den costs P coins. You earn these coins by completing tasks in the main game. Overall, Thieves Den is a place where you can kick back and relax. There is no risk of consuming a time slot, which makes visits to the den a great respite from a game where time management is of utmost importance. 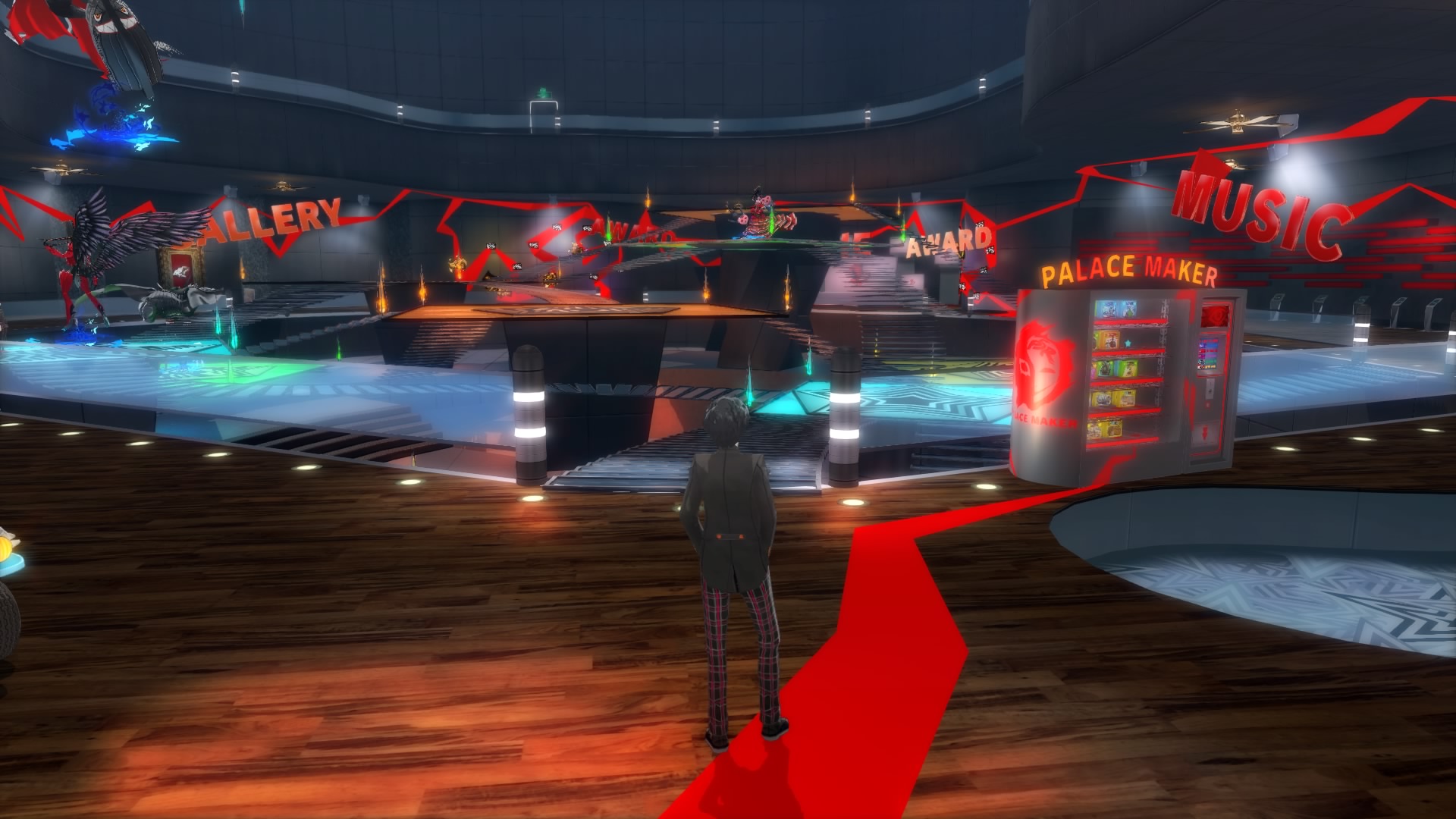 If you’ve played the original Persona 5, you’ll remember Mementos being the weakest part of the game. Conceptually, making the collective unconscious a set of procedurally generated dungeons was an inspired idea. In execution, they felt empty and boring. I’m happy to report that Mementos have received a complete overhaul. You meet Jose, who gives you the objective of collecting flowers for him. This immediately adds some much-needed purpose to the dungeons. Stamps also exist at the end of each platform or hidden somewhere in the middle. Flowers can be traded for some useful items. Stamps are more interesting as they help you modify the parameters of Mementos. You can choose to either increase the experience from battles, quality of item drops, or the cash rewards. Various visual and audio enhancements have been added to Mementos. Visually, the dungeons get more warped and messy as you go deeper.

The new music tracks in Persona 5 Royal are a groovy mix that increases in intensity to heighten the madness. All these additions help fully realize the potential of Mementos. It’s no longer a drag to explore, but an exercise in farming utilities and strengthening your team for your palace raids. Through some interesting choices, you can make the grind effortless and fun. As a testament to the previous statement, I actually ended up reaching level 100 by the end of the game, playing on ‘Merciless’ difficulty. When a JRPG makes grinding fun, it has escaped one of the biggest pitfalls the genre usually stumbles into. Fun as it may be, Mementos remains the weakest aspect of the game.  However, it’s not due to it lacking in execution but how much better all the other improvements are. 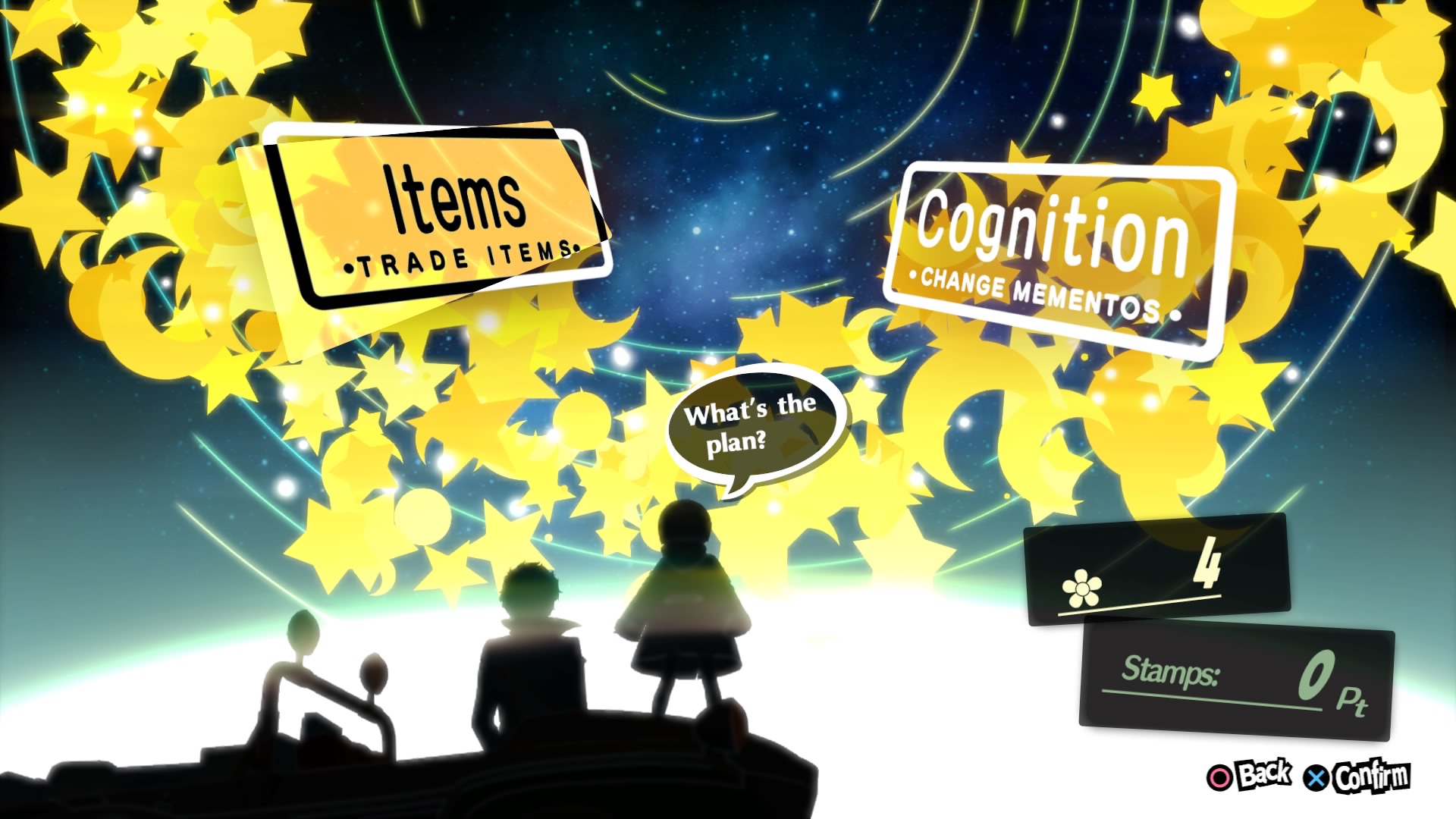 Another benefit of grinding is that it often causes a red alarm in the Velvet Room. When this happens, persona fusions can result in unexpected results. Along with the higher exp burst, the new persona also gains unique skills. Though, the room grows unstable with each fusion and might eventually yield a weird result. The fusion themselves have new bells and whistles. The fused persona can inherit a unique bonus passive skill. Exploring the fusion mechanic reveals why this franchise is considered to be one of the best monster collector games. New personas have been added, and they’re all great! Veterans especially will love the returning personas.

Your confidants also have a third persona form now. All of these boast incredible designs. Aside from that, the confidants now have showtime abilities where two of them engage in an overly dramatic tag-team attack. These are usually triggered when the confidant receives a major blow and helps to turn the tables during a pinch with colorful theatrics. Aside from that, it just strengthens the bond between these characters in your mind. 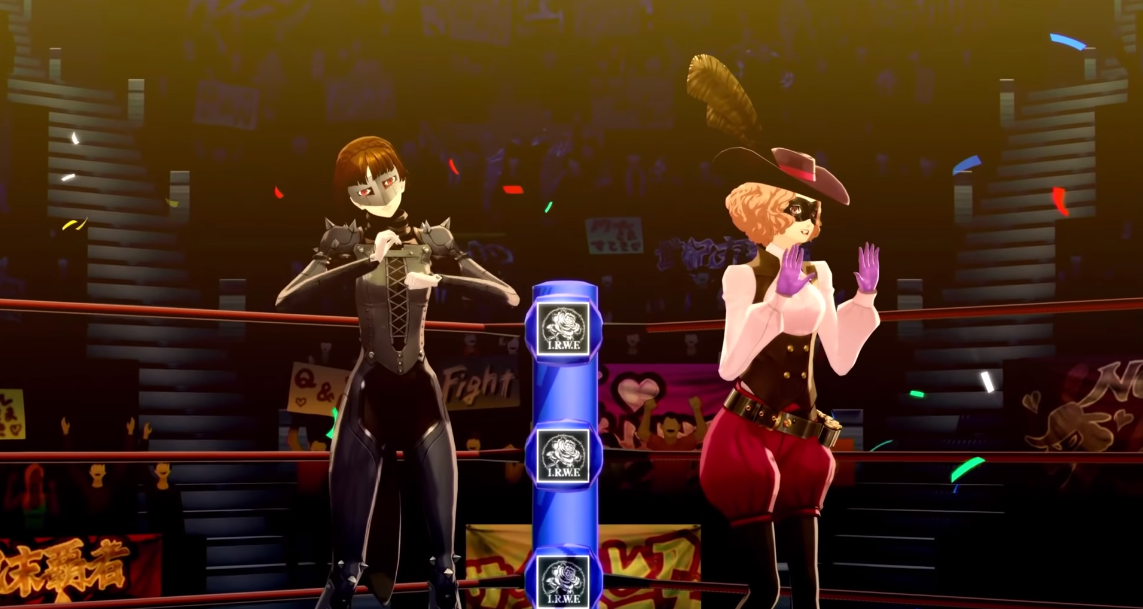 All the palaces have received major tweaks and balances. To my greatest delight, Okumura’s palace no longer sucks! Heck, his boss battle this time smarty tests your grasp over persona skills. This is true for almost all battles, which along with providing a satisfying combat scenario also top it off with great thematic payoff. Puzzles have been improved, most apparent in Shido’s palace. Some neat changes have been made to level design to incorporate the grapple hook. The pacing on all these palaces feels much better than I remember. In my initial impressions, I had mentioned that sneaking wasn’t changed at all. I’d like to correct that. You can now target items and doors while still in sneak mode. While you are still invincible in sneak mode, the traversal is a lot more fun.

The new palace added exclusively to Royal is a sight to behold. There is a mastery of the level design that puts the others to shame. It boasts two of my favorite puzzles in the entire game, one of which offers an interesting choice of progression while telling a great story. Battles are a lot more technical, and I mean that quite literally. The shadows usually don’t have weaknesses. You’ll be relying more on technical knockdowns instead. The final boss fight brings all of this together. It tests your knowledge in every aspect of the combat and provides a nail-biting climax that’s going to stick with you long after the game is done. I remember my heart skipped a beat after I was thirty minutes in the fight when a slight miscalculation on my part resulted in three of my members immediately fainting and Joker’s health being very close to zero. However, the recovery from that to steal victory only made it all sweeter. 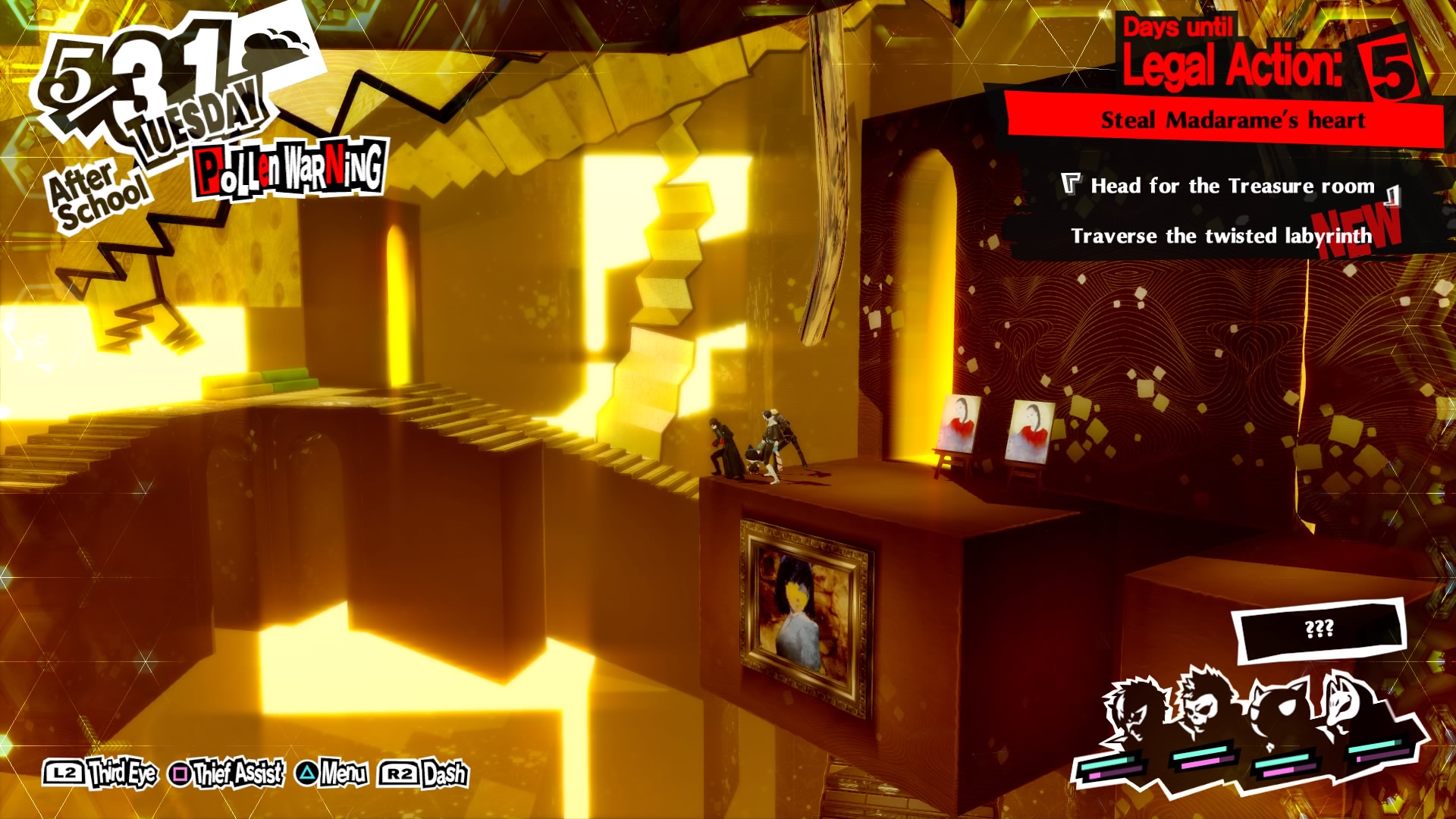 Kichijoji is a new area added to Royal. It’s a compact but lively commercial area filled with activities. You can meditate at the temple to increase your SP. If that’s not your style, you can take other phantom thieves to the jazz club to increase their stats. Mostly though, you’ll spend time at the Darts & Billiards club. Darts is a really fun minigame that makes great use of the ds4 motion control. Apart from being a fun activity, Darts also let you increase your baton pass skill with each confidant. Playing billiards increases your team’s overall technical. Considering how battles in Persona 5 Royal have been tweaked to allow for more technical knockdowns, this is an important skill to level up. Unfortunately, billiards is not a minigame in and of itself. Spending your downtime with the gang really cements your bond. For this very reason, Kichijoji is hands down my favorite area in the entire game. 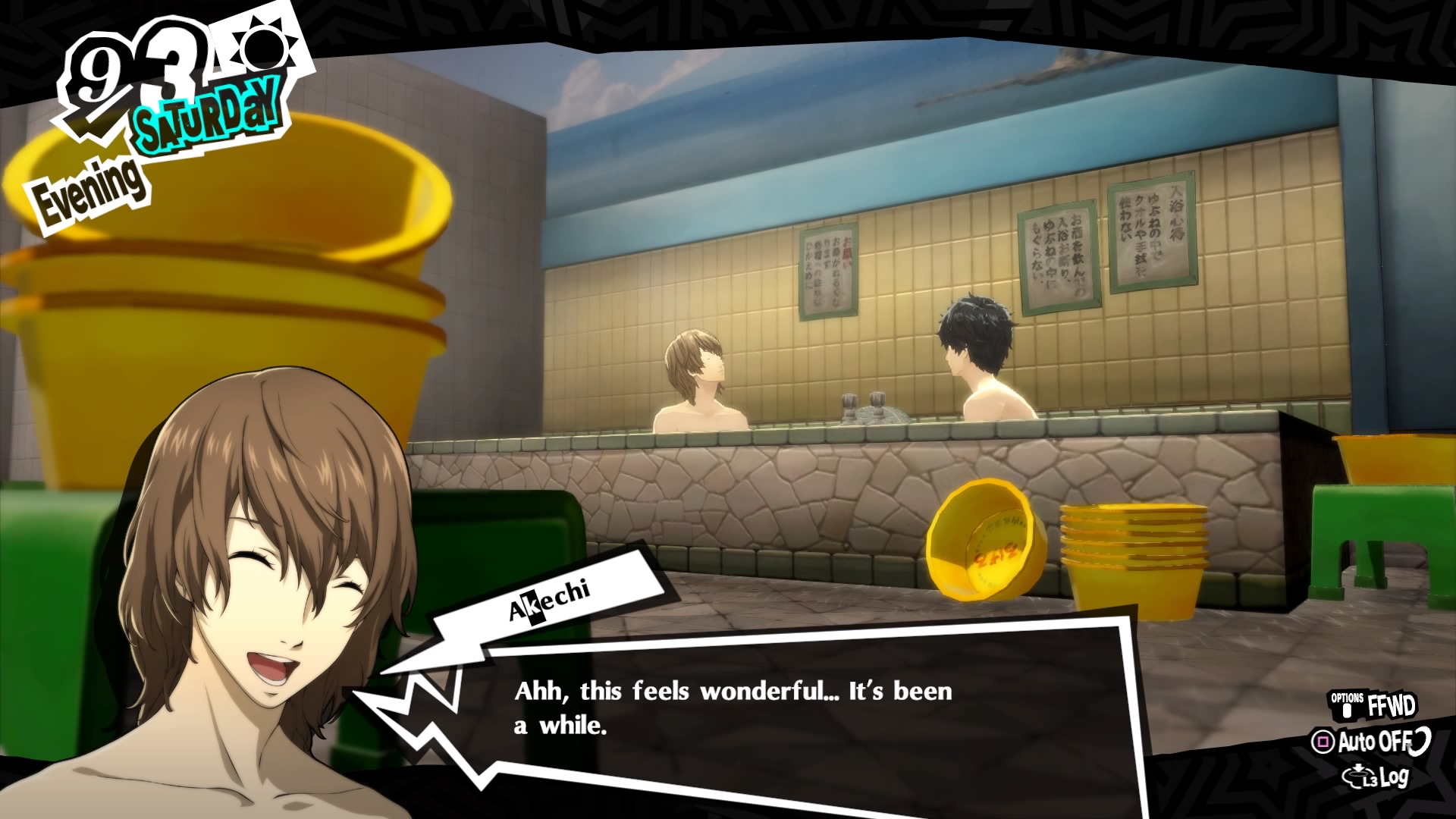 Two new confidants have been added to the game, a first-year transfer student Kasumi and school counselor Maruki. I had already written earlier about how Kasumi’s introduction seamlessly fits into the story. Her confidant route is another story. My first reactions were mixed. I thought her story was repeating the same beats as Makoto. However, she gradually develops into one of the most complex characters in the game, bringing in tropes from some of the earlier games in the series. Impressive though Kasumi maybe, she pales in comparison to Maruki, who is now my favorite character in the game. He joins the school after a formative event in the game and helps the students deal with the trauma. Your interactions with him mirror real therapy counseling sessions. Maruki is a really chill, albeit clumsy dude with deep empathy. I didn’t need to be told that his confidant story was necessary to unlock the 3rd semester. I made a beeline after class to hang out with him whenever the opportunity presented itself. On the gameplay front, Kasumi’s confidant rewards you with acrobatic abilities that let you escape ambushes and ambush enemies from a distance. Maruki’s confidant offers major perks like uncovering enemy weakness, recovering from an ailment, or recovering your SP. Along with this, each rank also increases your total SP by 5, very helpful. 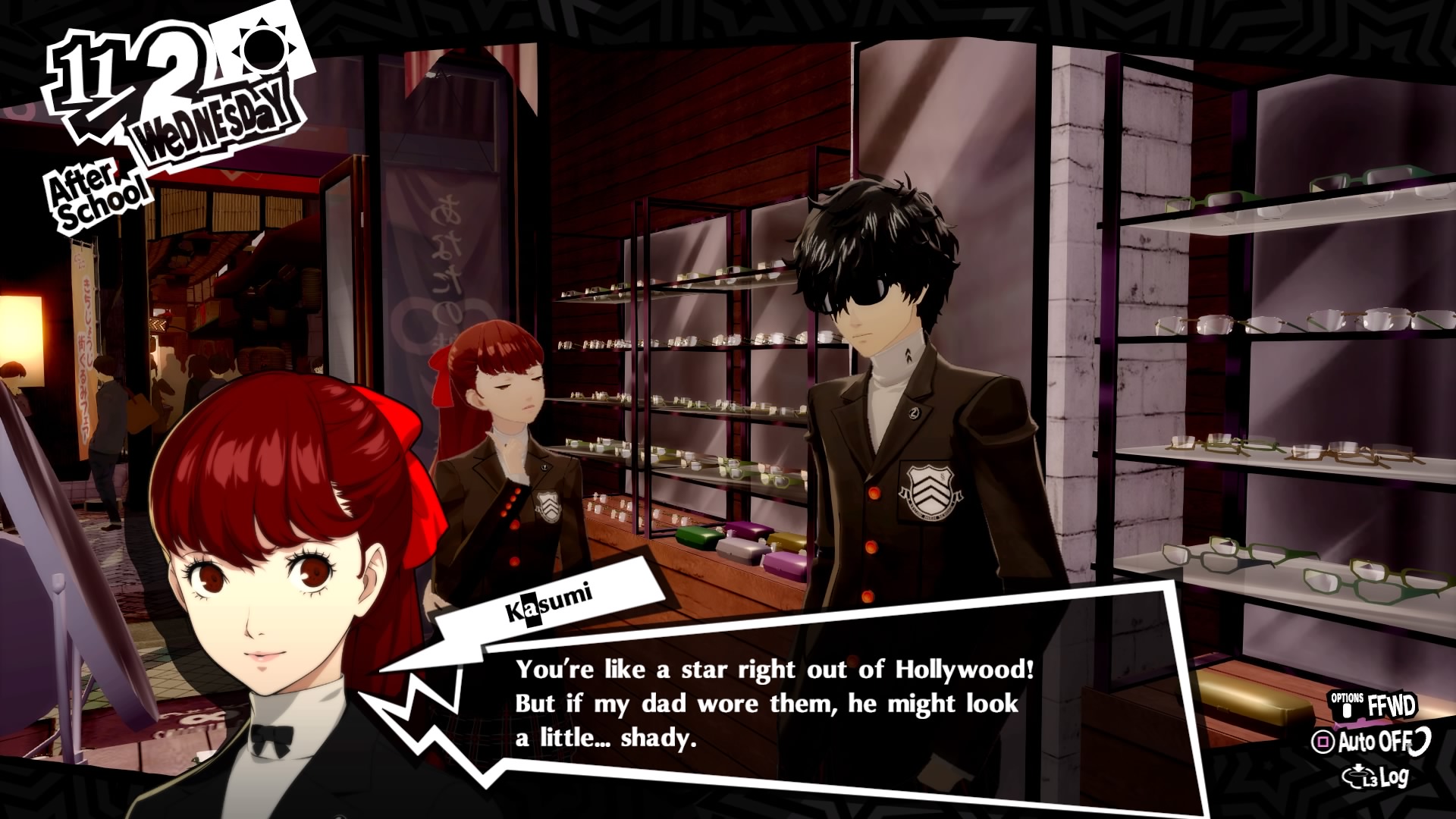 Apart from these two, most of the confidant routes have received rewrites. The most noticeable is Goro Akechi. Akechi now has a voluntary confidant route that explores his troubled past and gives more context to his character. If like me, you too were disappointed with his character arc, then you will find P5R’s treatment of Akechi to your delight. There are much better build-up and payoff. The new character interactions do a great job of establishing Joker and Akechi as rivals. Caroline and Justine have new interactions outside of the Velvet Room where they ask you to take them around Tokyo. While I found their rewards to be lackluster, the interactions themselves warrant you doing them. However, if your schedule is tight, you can reserve this for a newgame+ playthrough. 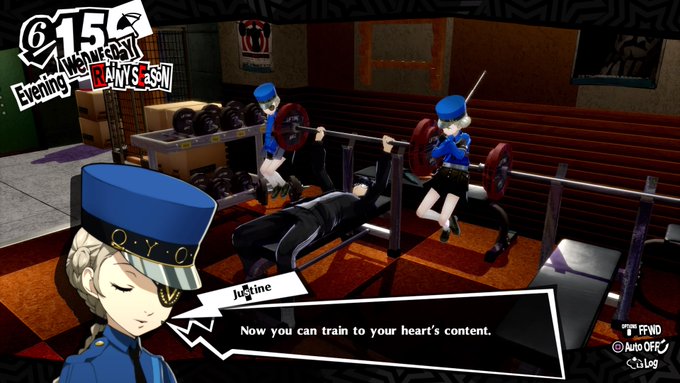 Similar care has been given to most of the story. The original game had some serious issues with storytelling during the latter half of the game. While not completely absolved of this, the writers have done their best to flesh out the plot threads that develop into a satisfying climax. The confidants too appear more prominently earlier on, giving you some interesting foreshadowing. Unfortunately, Haru remains an under-developed character. The new semester is a bit detached from the rest of the game, and many might consider it unnecessary.

That’s only a minor nitpick though, as the story it tells is easily the best in the game. While the base game is a powerful story of the teenagers rebelling against the oppression they face by the corrupt adults, the new story puts your own actions into question. For a game that revels in its Saturday morning cartoon villainish tropes to then delve into such moral quandaries as quite a surprise. The final battle isn’t as much a triumph of good over evil but rather an engagement of a dialectic. When the credits roll, you’ll find yourself contemplating the arguments presented by each side. 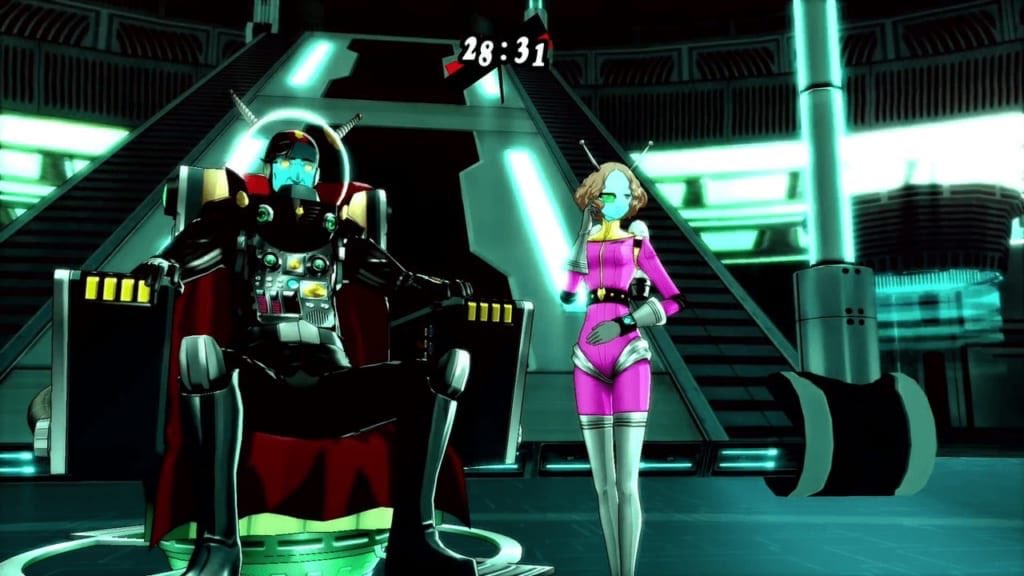 Final additions are to the soundtrack. Royal adds 32 new songs. They’re all bangers. That’s it.

With so many additions, could Persona 5 Royal have any flaws? Well, yeah. While Persona 5 offers so much choice and flexibility in managing combat, it comes at a steep price. Game balancing is perhaps the hardest thing to do and Atlus plays it smart by not fiddling with that. However, this renders the game fairly easy. I’d recommend everyone to play the game on a higher difficulty than what they’re usually comfortable with. You’re truly going to appreciate the game that way. 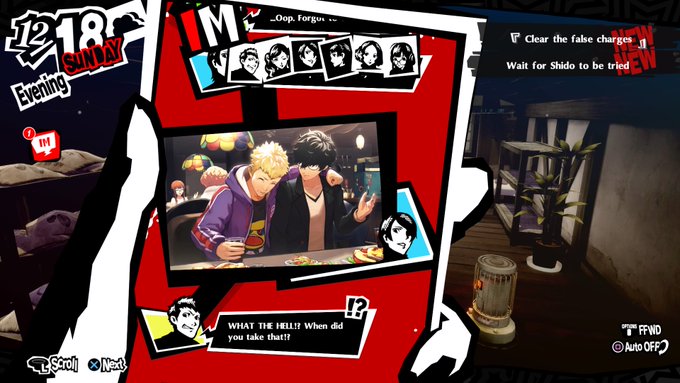 These are minor nitpicks. Persona 5 remains to me, the best example of your choices truly making a difference to your playthrough in RPGs. Royal is an improvement on that formula in every way. Like a sculptor constantly tinkering with his work until every etching is carved to perfection, Atlus cleaned up the drawbacks in the original game to give us a modern classic. This one is going to age like fine wine.

The Last of Us Part 2 PS4 Review: Cycle of Violence