DOOM Eternal did something that fans of classical arena shooters were complaining for so many years i.e their need for a new arena shooter single-player campaign experience and id Software finally delivered it.

DOOM Eternal is a direct sequel to the DOOM (2016) and is set two years after the invasion of Demons on Mars. Doomslayer went missing in action as he was teleported in some unknown location while at the same time, the demons invaded the earth and there was no one to defend it. The resistance on earth could only do so much to these demons.

Finally, Doomslayer returned and watched over the demonic activities from his “Doom Fortress” which was his own new control tower and the ship was powered by the AI, Vega who kept giving him the details of what all was happening around him. 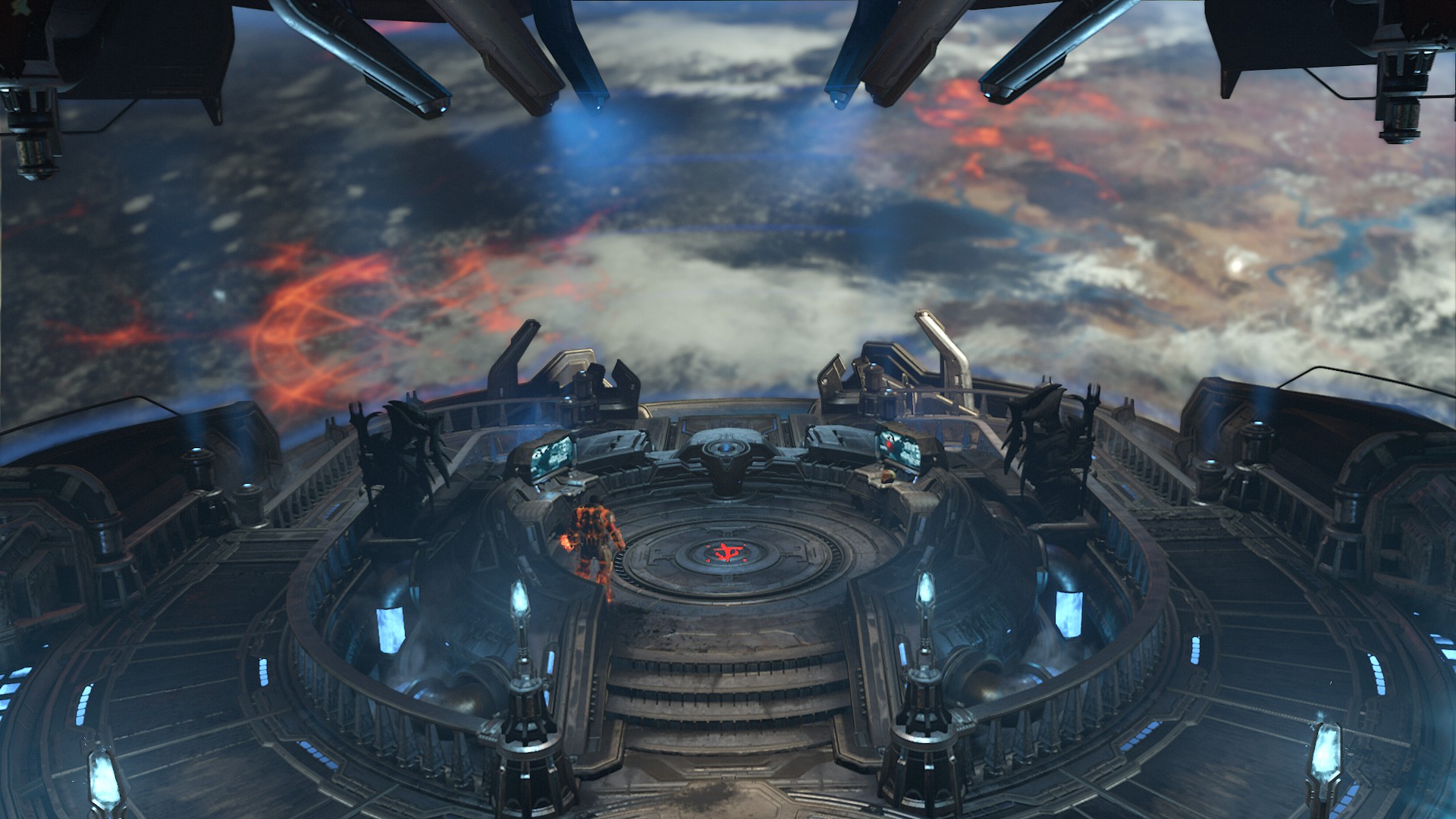 It was now time for the Doomslayer to visit Earth and kill demons just like he did on the previous DOOM (2016) and was ready to RAZE HELL once again.

DOOM Eternal does everything that DOOM (2016) did but better. The game is even more challenging now than ever before with amazing parkour levels with challenging platforming enemy encounters throughout each level.

I started the game on nightmare mode since that is how you should be playing these types of demon-killing no-nonsense type games. To my surprise, the game was even more challenging than DOOM (2016) and in a good way. All the enemy encounters were unique in their own way who had their own unique abilities and talents.

Ammo in DOOM Eternal is scarce at the beginning of the game for the first few levels but later on after few upgrades to your character, getting ammo will not be an issue since glory kills are back along with chainsaw which provides ample health and ammo to keep you going. 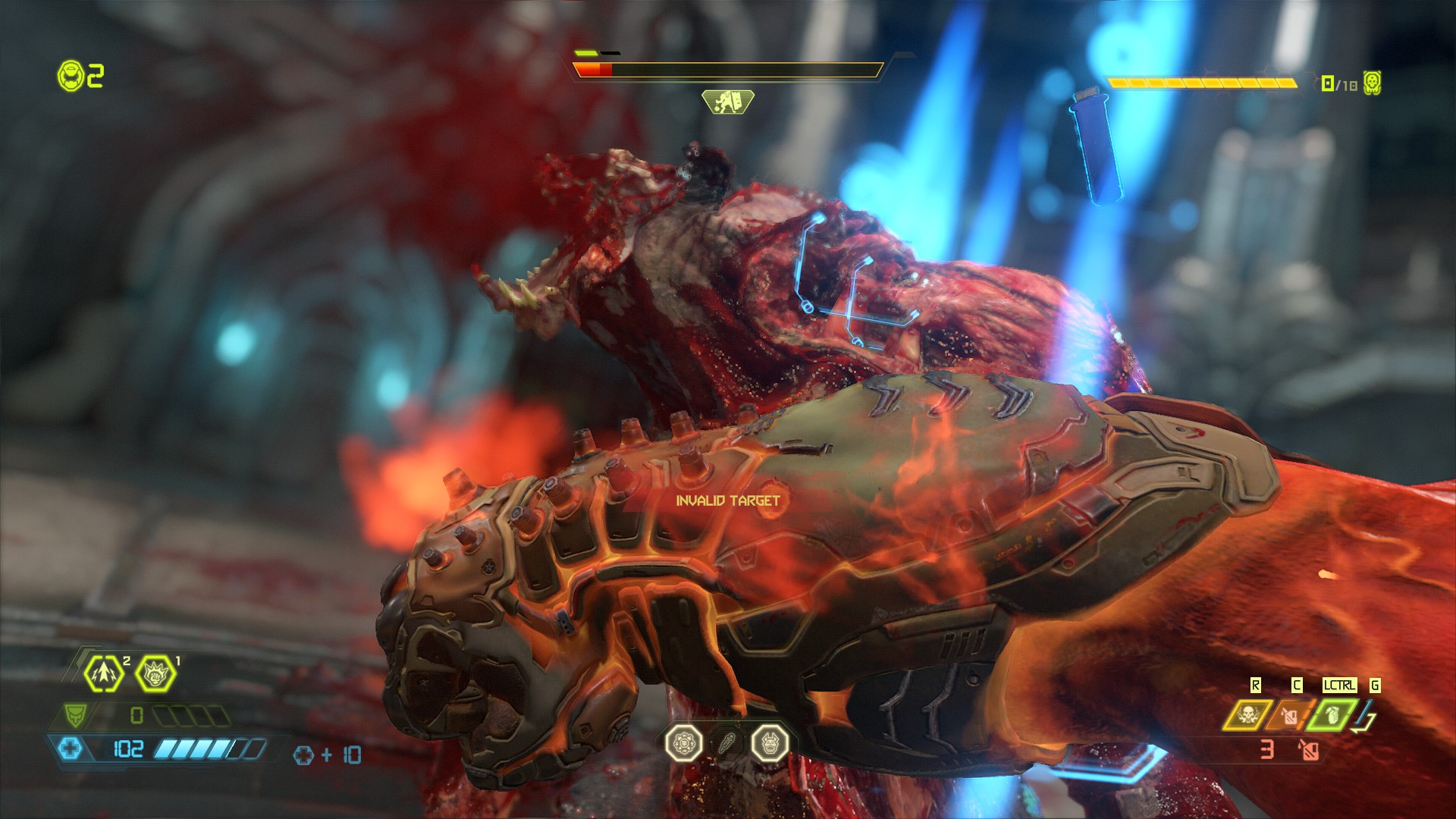 DOOM Eternal has few new abilities that they added, one of which is the newly added over the shoulder flame belch which ignites enemies and upon shooting them drops armor for you as you keep shooting them. 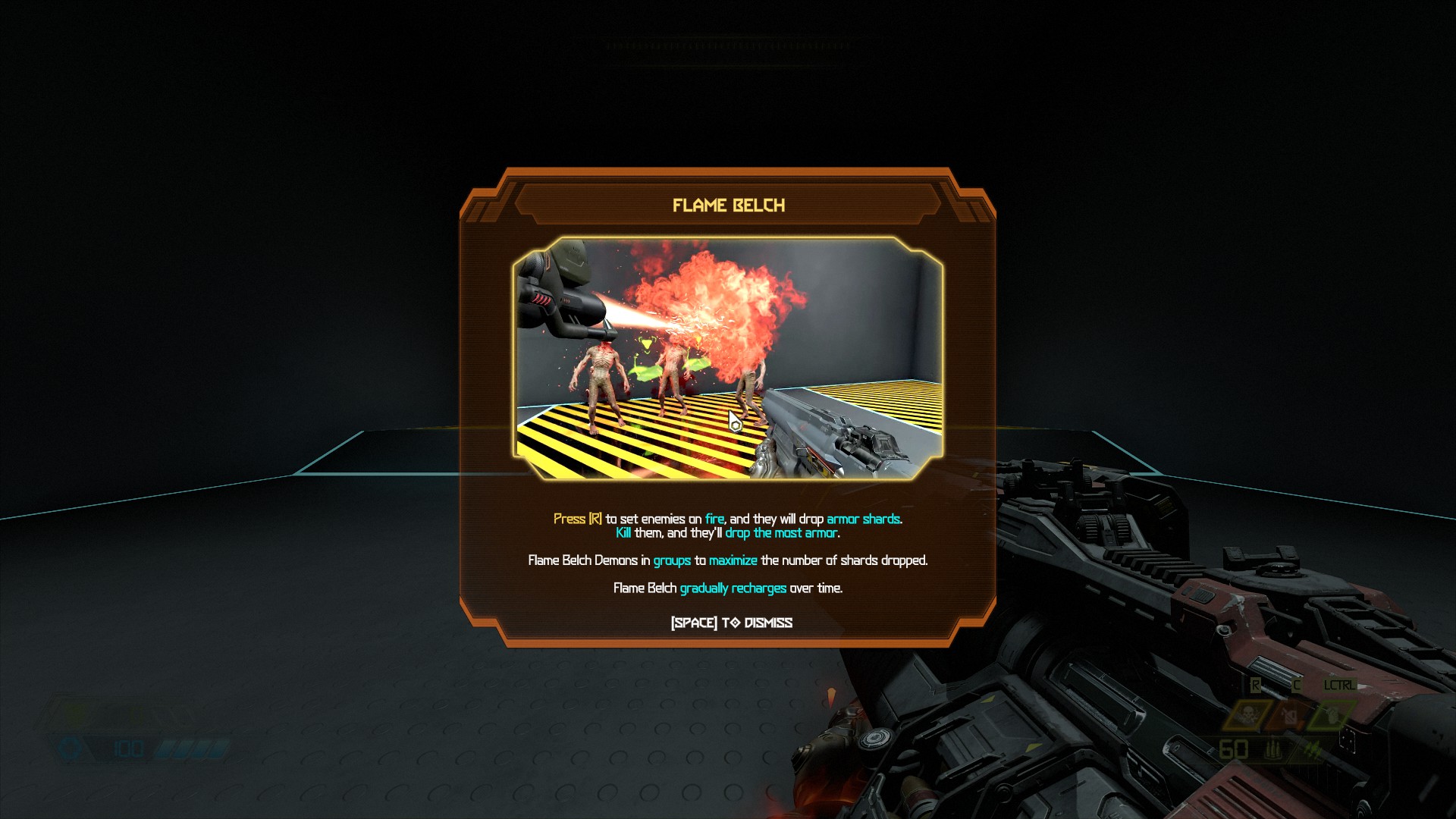 Secondly, you have grenades of two different types, one of which is your regular incendiary grenade and the other is ice grenades that freeze enemies at their places while giving you time to run or shoot them all at once with maximum efficiency.

Talking about what’s new in DOOM Eternal are the parkour-style built levels. Each and every level is unique in their own way and varies between different climates and times of the day. Each and every level has easy and harder parkour areas which are really fun while at the same time manages to keep the gameplay pacing equally fast. 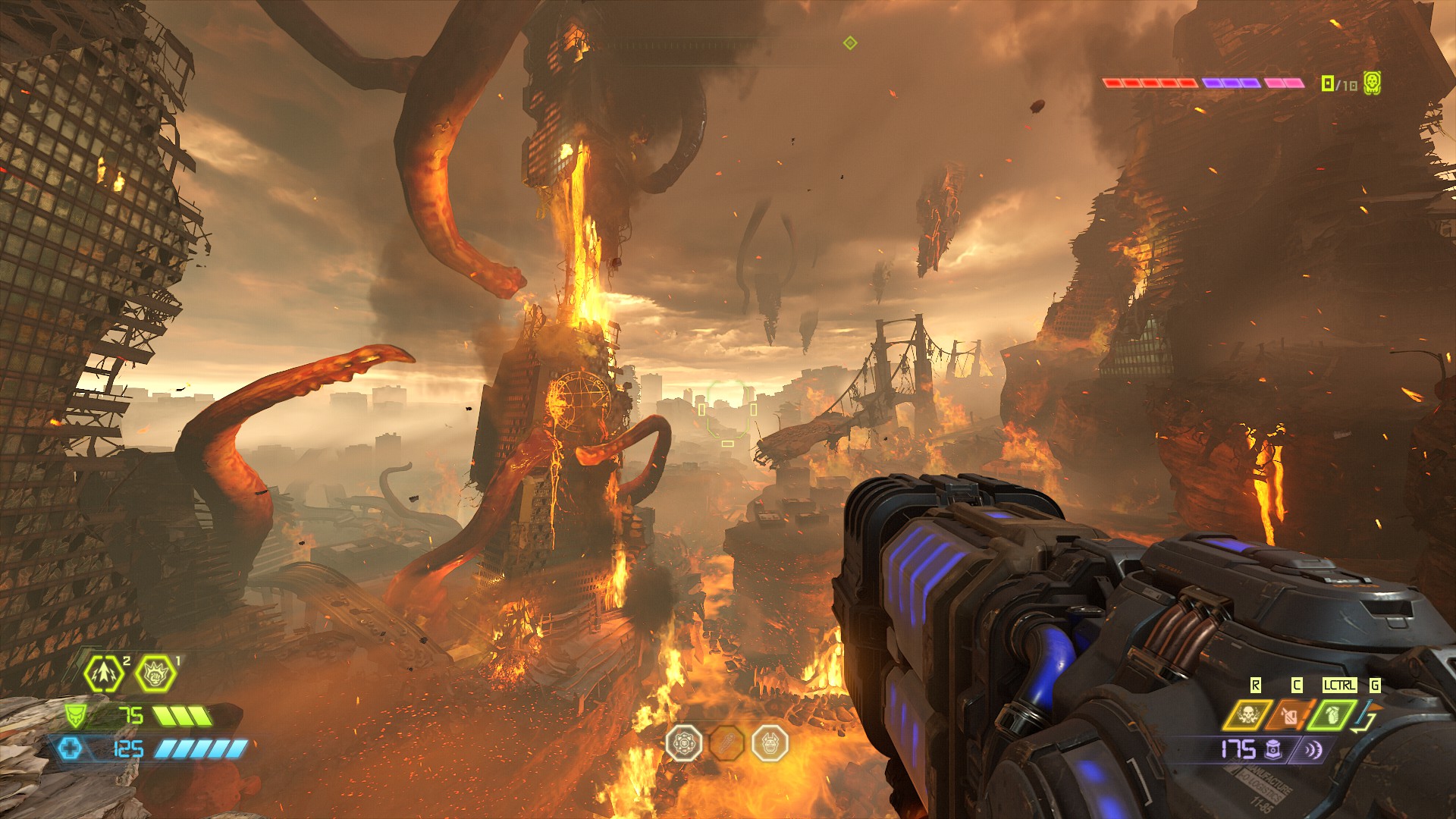 There are few newer enemies that need some kind of fix/tweaks in the future patches as they are sometimes unfair in their damage-dealing abilities or get stuck around on the floor/walls of the map. The difficulty of the game can be changed anytime from the menu if you want.

Just like DOOM (2016), there are lots of collectibles to get including the soundtrack, figurines, cheat codes, extra lives and more. There are secret areas which you can get to provide you do proper exploration and reaching some of them requires proper parkour which felt great as well but a bit easier to find this time around. 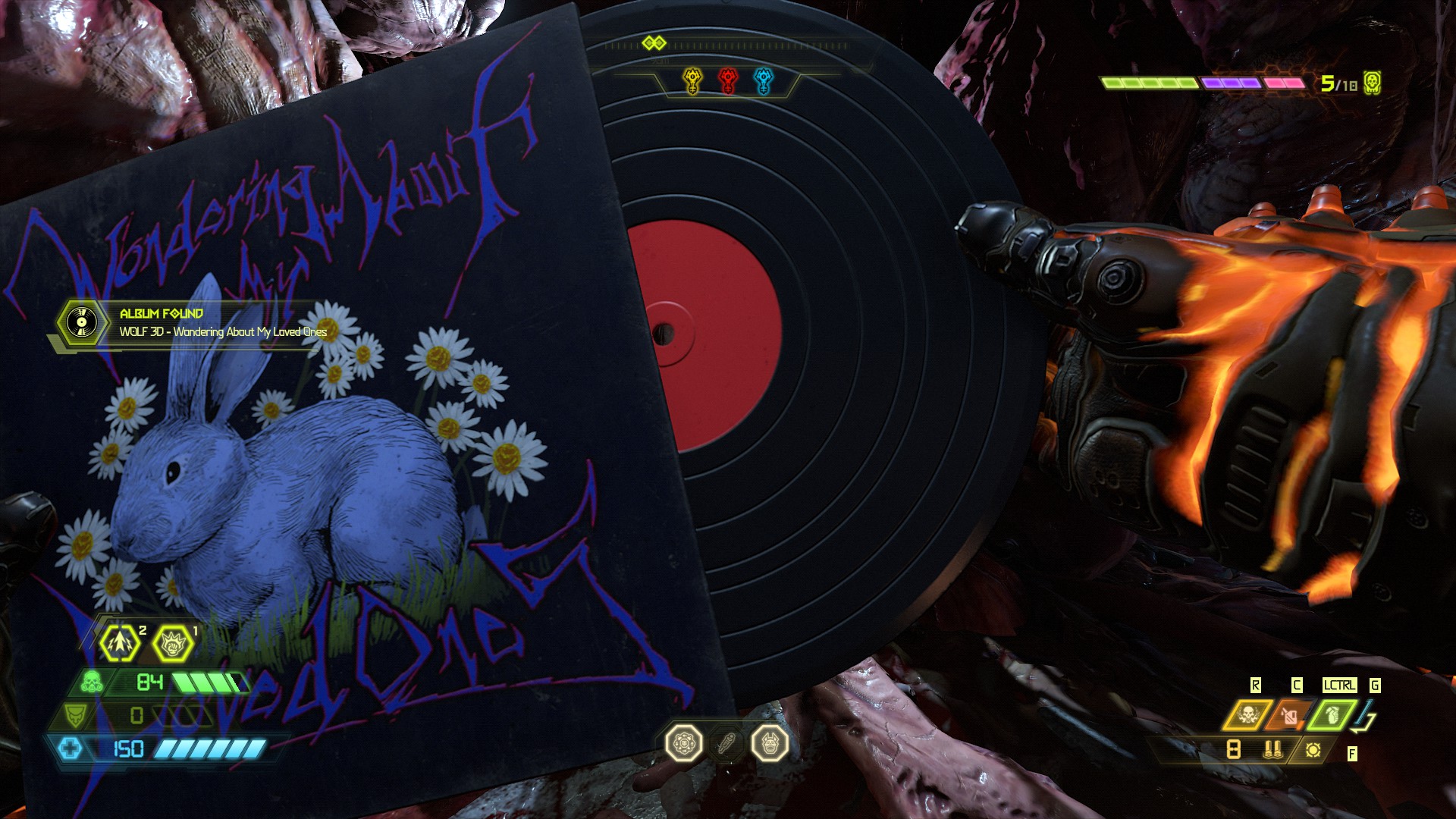 There are also some new challenges like the Slayer-gates which can be unlocked by finding slayer keys in each level which are also hidden in secret explorable areas. 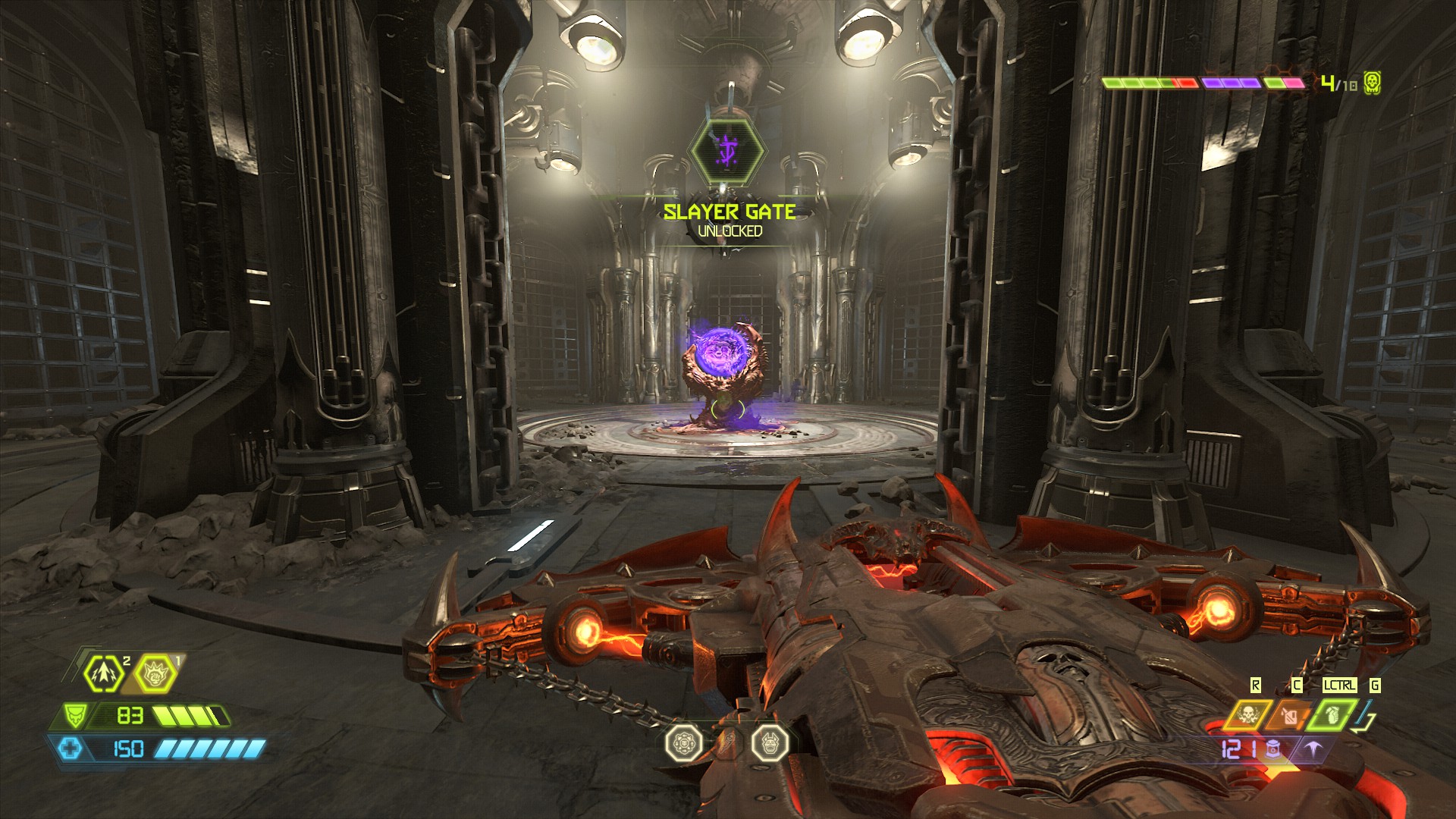 The game runs really well at around 120-140 fps at Ultra settings on an i5- 6600K, GTX 1070 Amp Extreme and 16 gigs of DDR4 RAM clocked at 2666 frequency. The first thing I did obviously was to go check out the game settings before starting the game and setting it to Ultra.

There were better settings than ULTRA but those settings didn’t change the graphics much in my 1080p monitor since I prefer a good balance of frames and graphics, hence ULTRA it was. 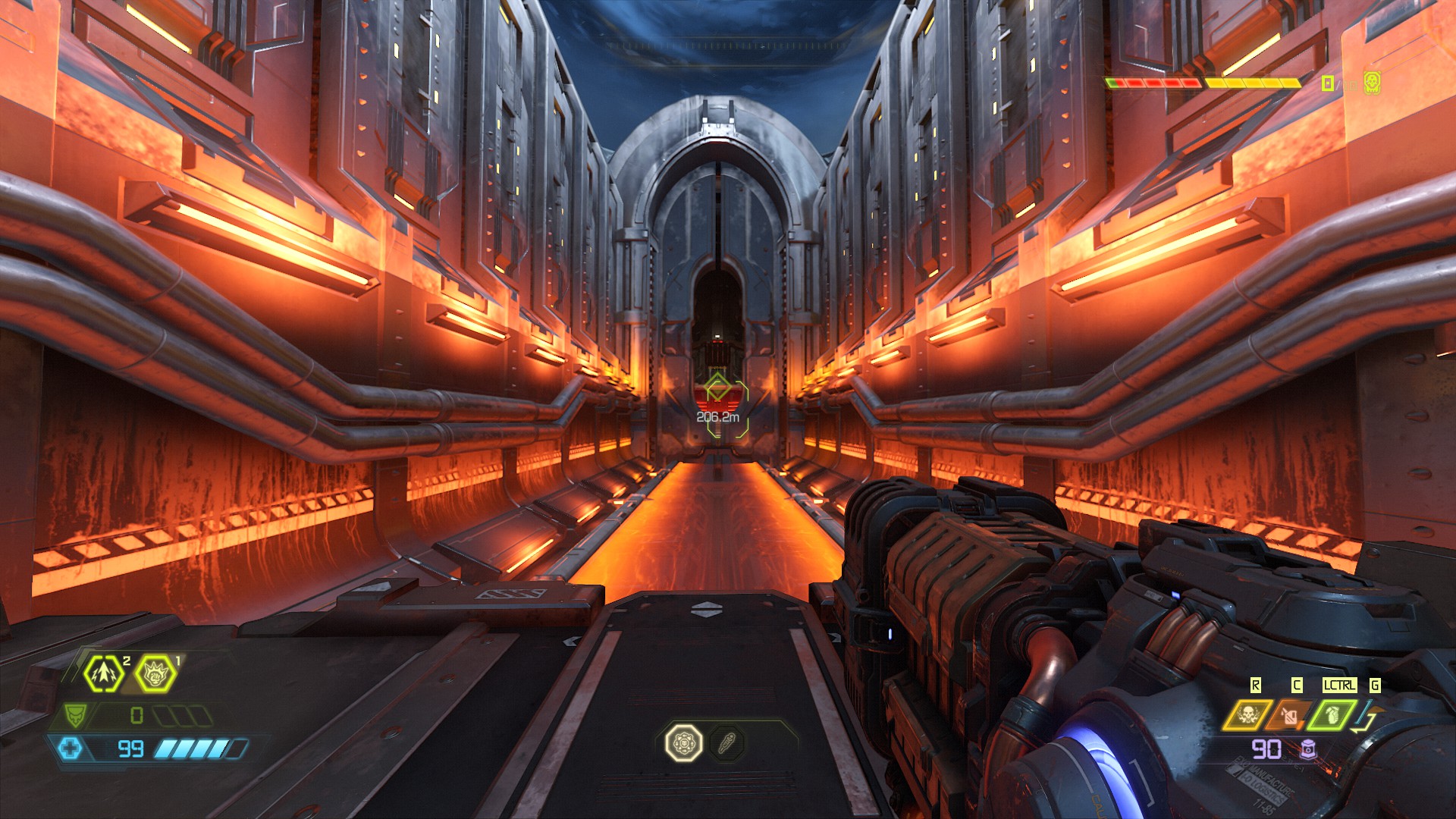 Coming to the upgrades, we have a few new things here. Firstly, we have the old ARSENAL/Weapons tab where you would unlock your weapon mods and upgrade them according to your liking. 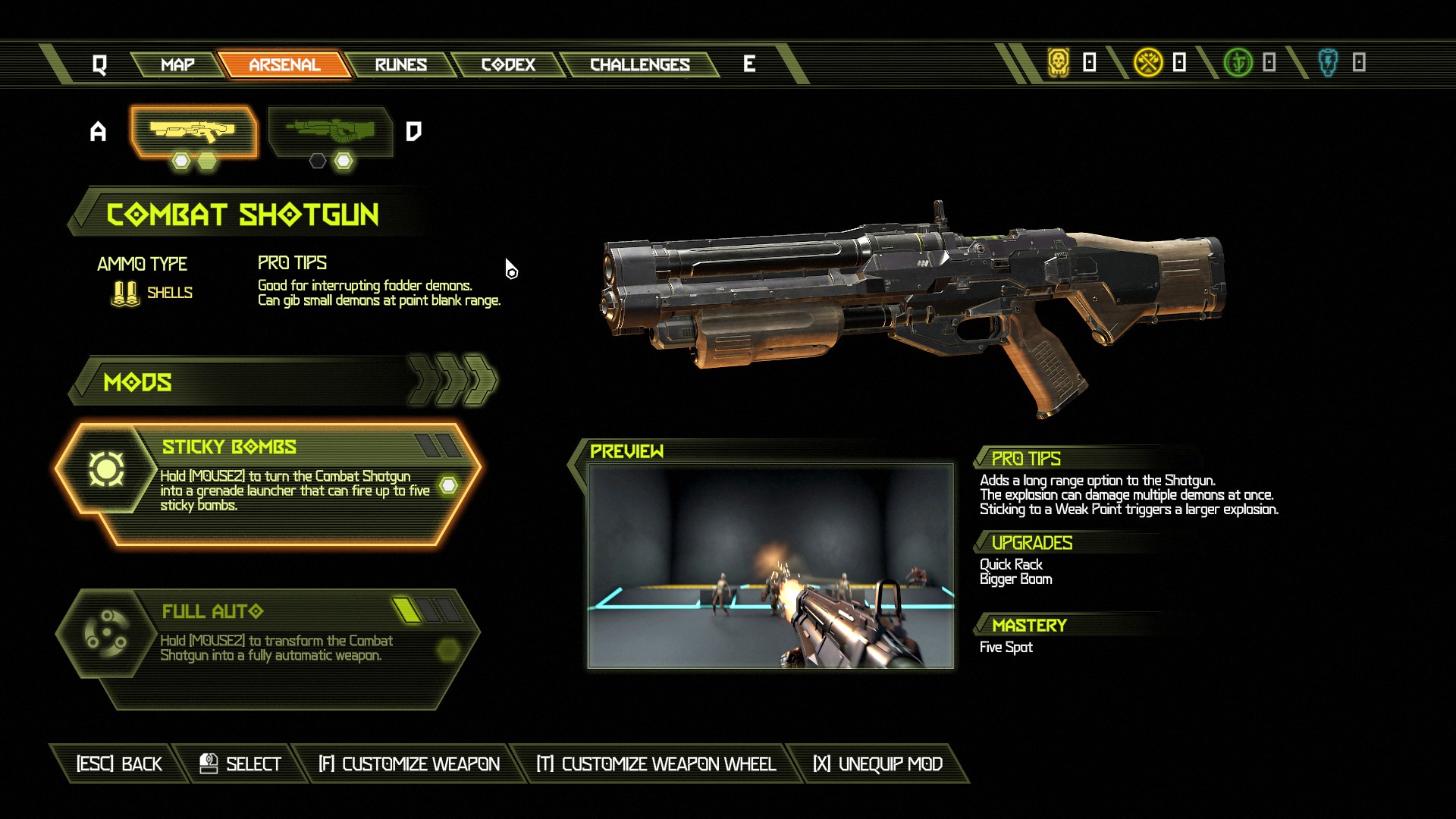 Secondly, we have the RUNES tab where you can have up to three different runes equipped which will give you efficiency improvements on the battlefield and help you in your fights. 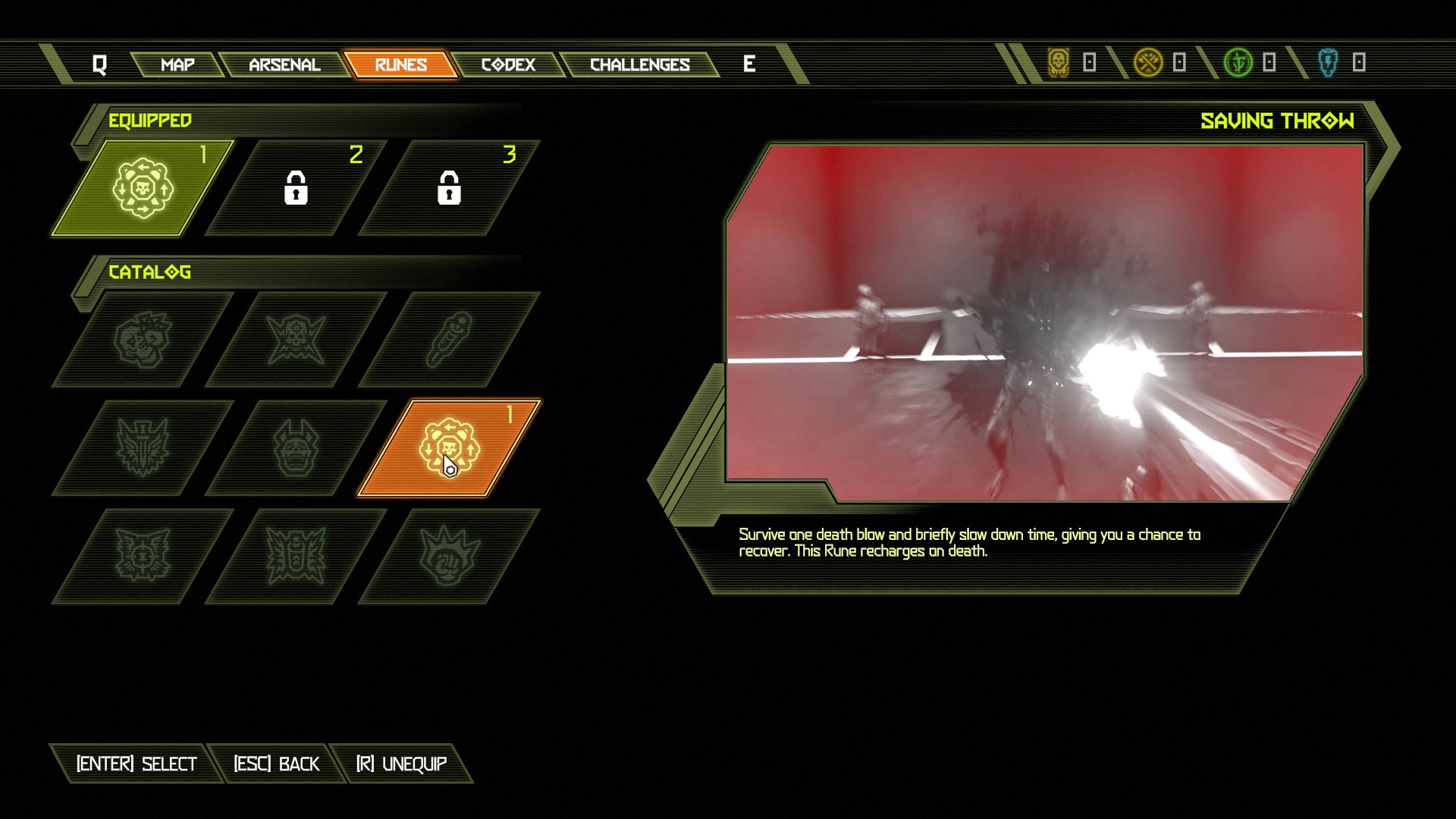 Next, comes the new and improved SUIT tab where you can upgrade your suit abilities and there are five different feature sets and can be upgraded according to your playstyle. 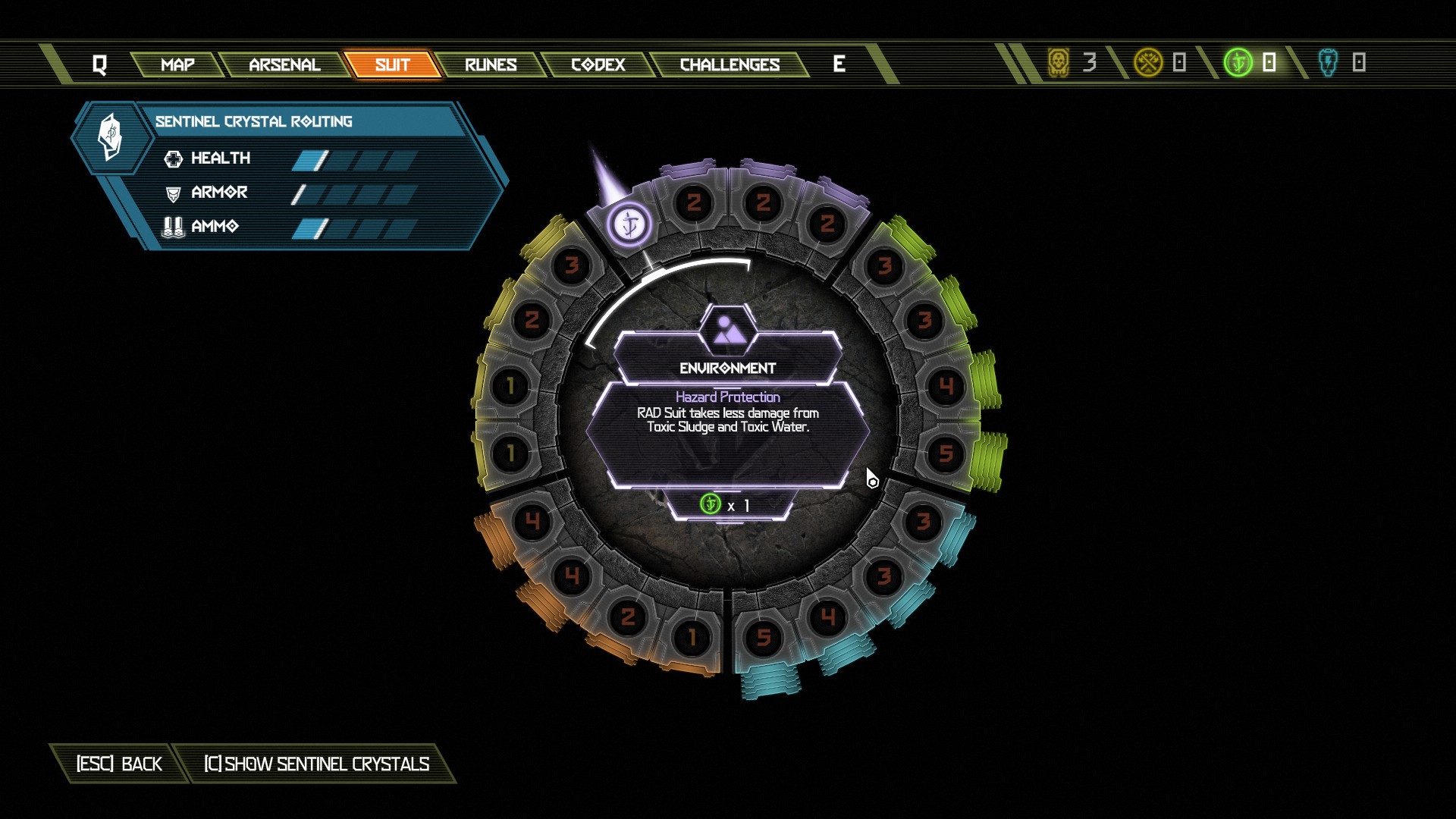 DOOM Eternal was never meant to have a decent story from the start but this time around, the plot is good. You can find a lot of codex entries on your journey and upon reading, you will find plenty of info as to what happened and what all is happening all around you.

Graphics in DOOM Eternal is the best I have seen yet on a DOOM game. Eternal makes 2016 DOOM look average at best. The colors, environment, level design, and proper detailing have been put on by the developers into this game. They have managed to make their best ever DOOM game yet with zero compromises. 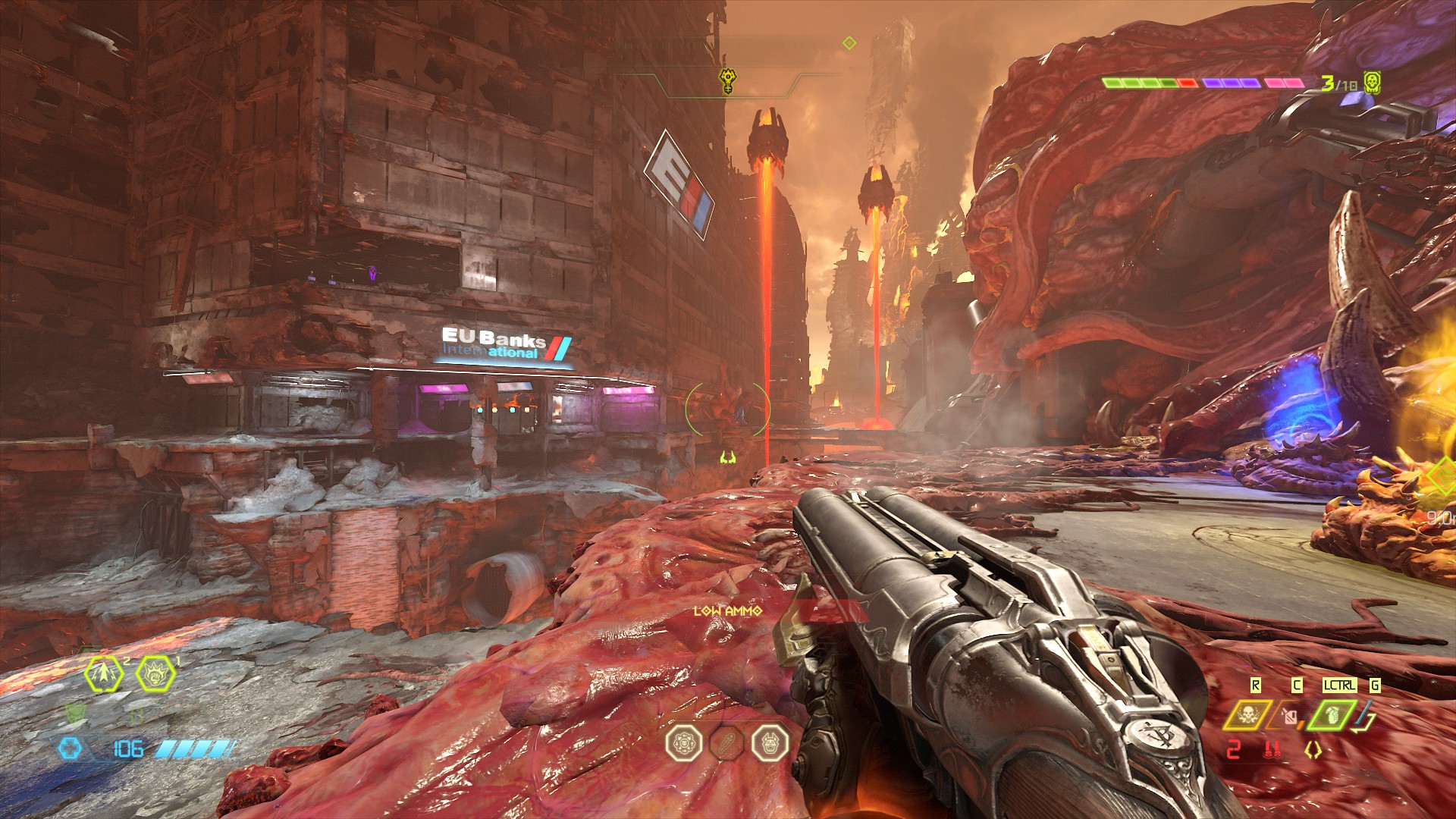 UI looks colorful especially if you go to the UI tab in settings and select the DEMON on the dropdown menu. I am not a fan of the default UI in DOOM Eternal as I feel that DOOM (2016) had a better UI.

Each and every level is unique and they all look beautiful. Each and every platform and models have been greatly detailed, the models do not look washed out and the vegetation is proper as well. The Lava on the floor looks close to real as you would expect after playing DOOM (2016). 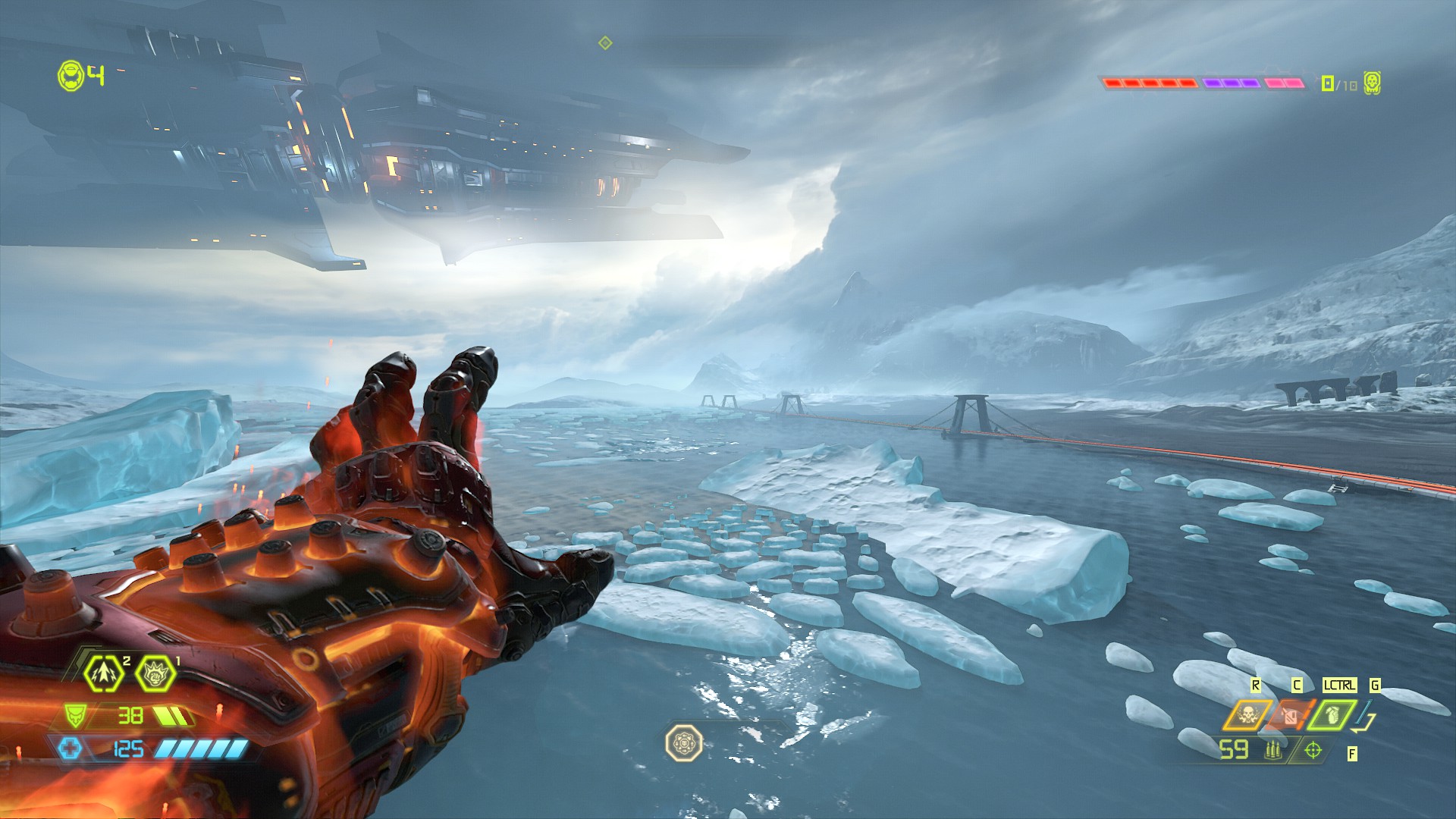 As I mentioned above, the performance of the game has been solid and the game crashed on me three times total on my 24 hrs of playthrough and I would highly recommend playing with the new Nvidia/ AMD Drivers which gives you the best performance possible for your game.

The soundtrack in DOOM Eternal is simply amazing. We are back to the classic heavy metal style soundtrack which goes with the theme of the game as well.

Every enemy and weapon have their own unique sound which makes it easier to distinguish between them. The same goes for audio codex logs and cutscenes. 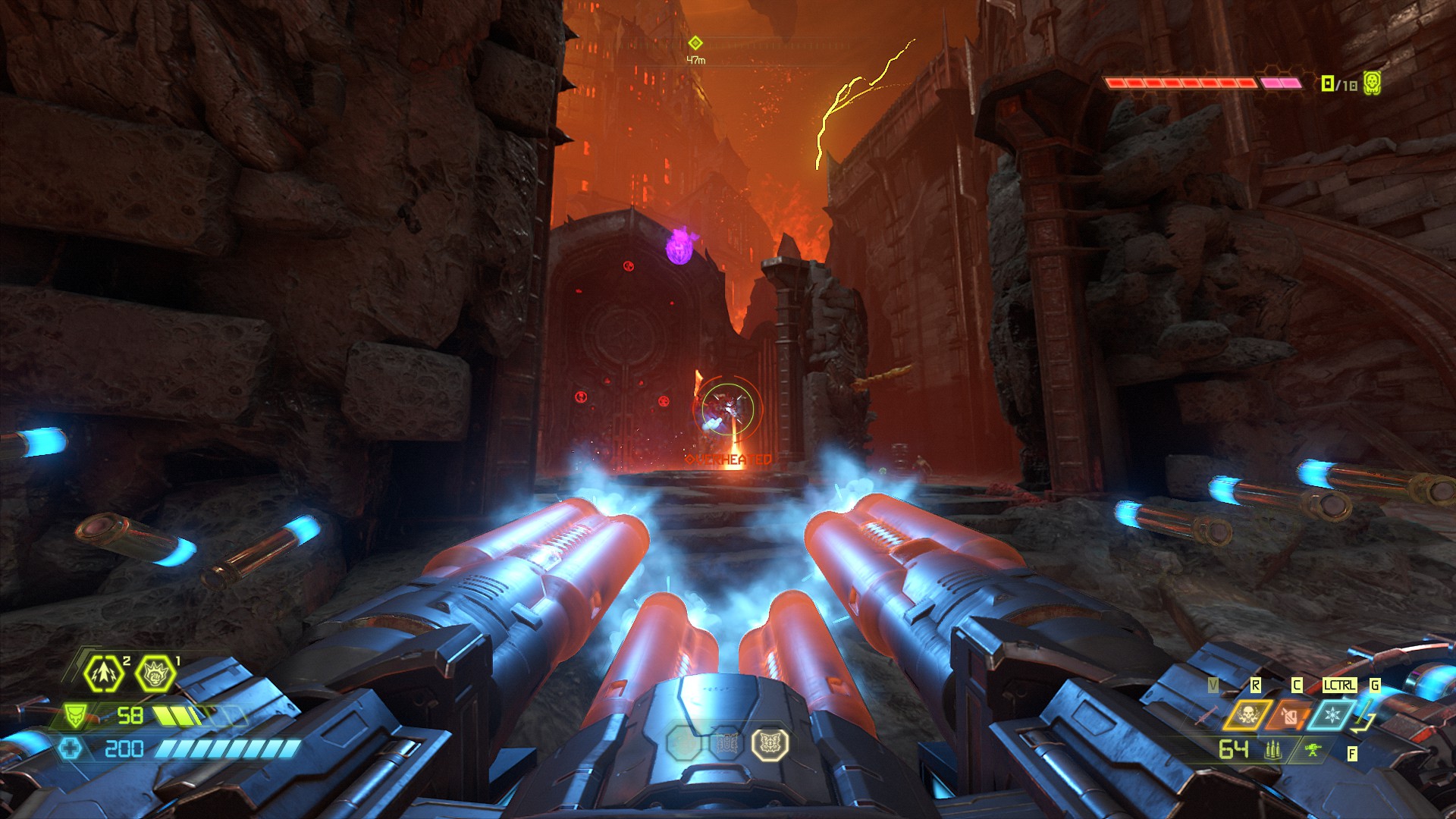 Due to the previous game’s infamous MP sections, this time around id Software added a 2V1 battle mode on the online section. Here you play as either the slayer or as one of the two demons that you can select on whichever kind you wanted. Now the slayer is pitted against both the demons in a 2V1 showdown where both the slayer as well as the demons get to have their own abilities and skills and they have to battle each other out in order to win

Both the demons work together in order to take down the slayer and each match can go up to 5 rounds. Personally, I wanted to have some kind of deathmatch or Team Deathmatch here instead of this mode since after playing for a few rounds, I got easily bored. 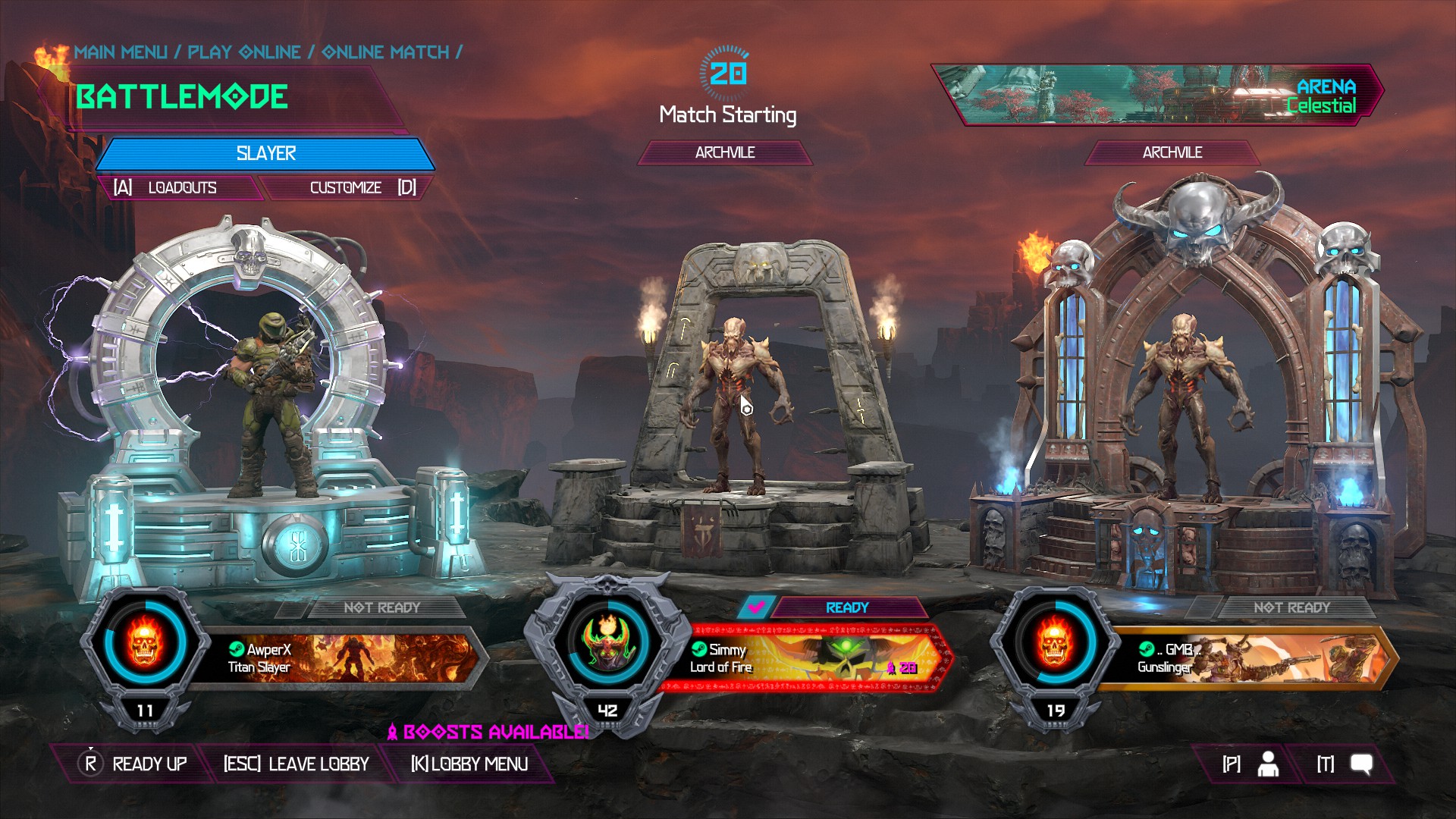 On top of this, there were network issues with Bethesda servers not running or my online game got crashed mid-match and such issues existed the next day as well thus diminishing the value of the online experience. 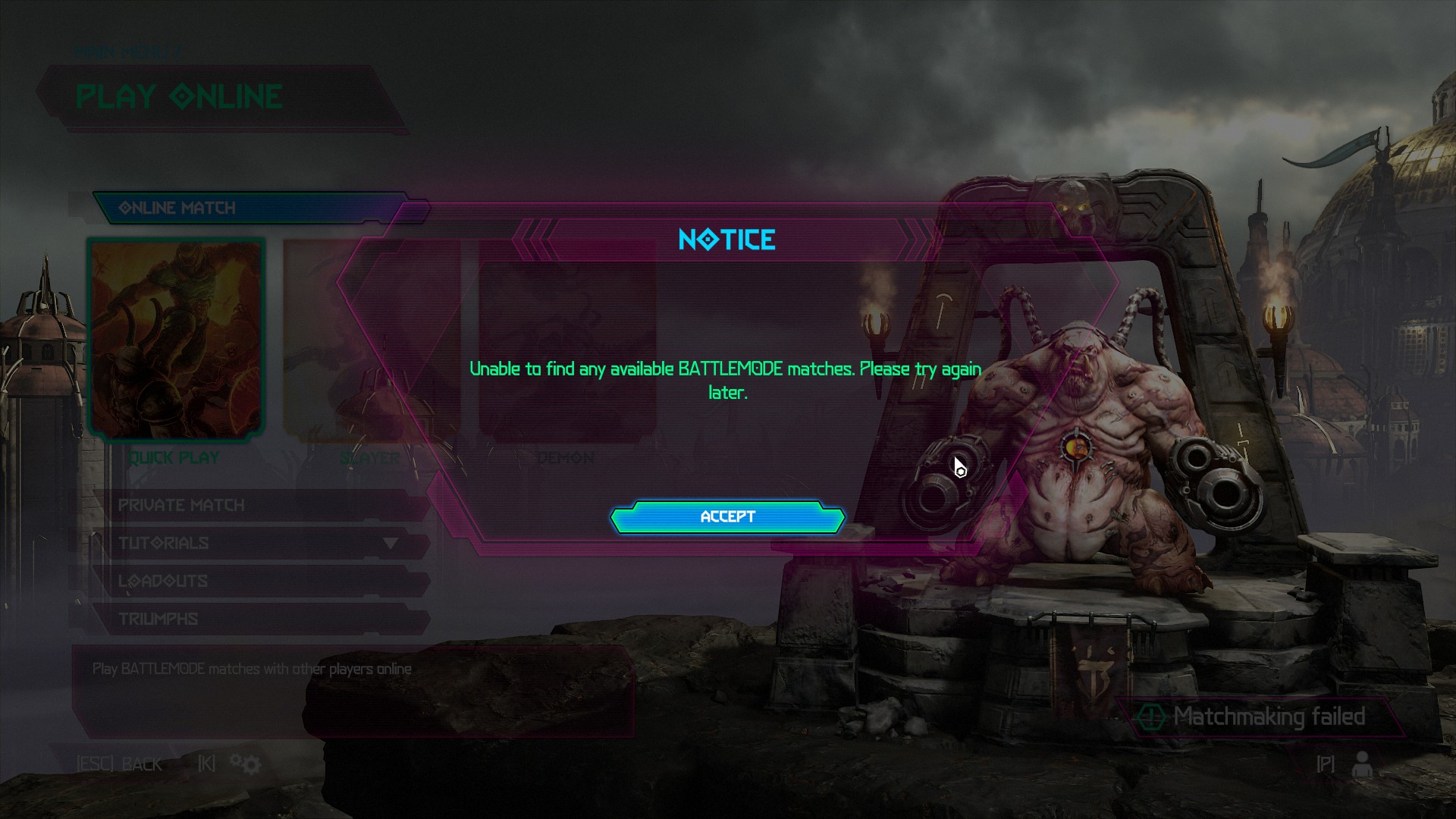 P.S – Thanks to Bethesda and e-xpressgames for sending me the game code for the deluxe edition for this review.

DOOM Eternal did what no other game was able to deliver to both the old school arena shooter arcade lover gamers as well as the modern-day and age gamers. From the gameplay to the parkour-style level design and the graphics with the amazing soundtrack, everything about this game screams quality and devotion on the top of its voice. I would highly recommend this game to anyone, even those who have recently started playing games altogether especially right now that everyone is working from home. A fantastic game from id Software with the downside being the online section which is the battle mode.