“You are less mine than I am yours. And I ask of you only this, keep me honest in the times to come.” Says the main Protagonist, Eivor in Assassins Creed Valhalla during the last few mins of the game which ends my countless days of a playthrough as I finally rest comfortably knowing I beat the main game even though it felt nearly impossible but thanks to my Co-reviewer, Raghav, assisting me during the final few hours and that we were finally able to finish the main campaign. There is a lot to talk about here.

Assassins Creed Valhalla takes you on the journey with Sigurd and their adopted brother and protagonist, Eivor. They embark on their journey from Norway and travel towards England for a fresh and new beginning and also a new place to conquer and settle upon. Just like Origins and Odyssey, Assassins Creed follows around the same footsteps of a full-blown RPG mechanic gameplay but also is almost twice the size in length when compared to Odyssey. 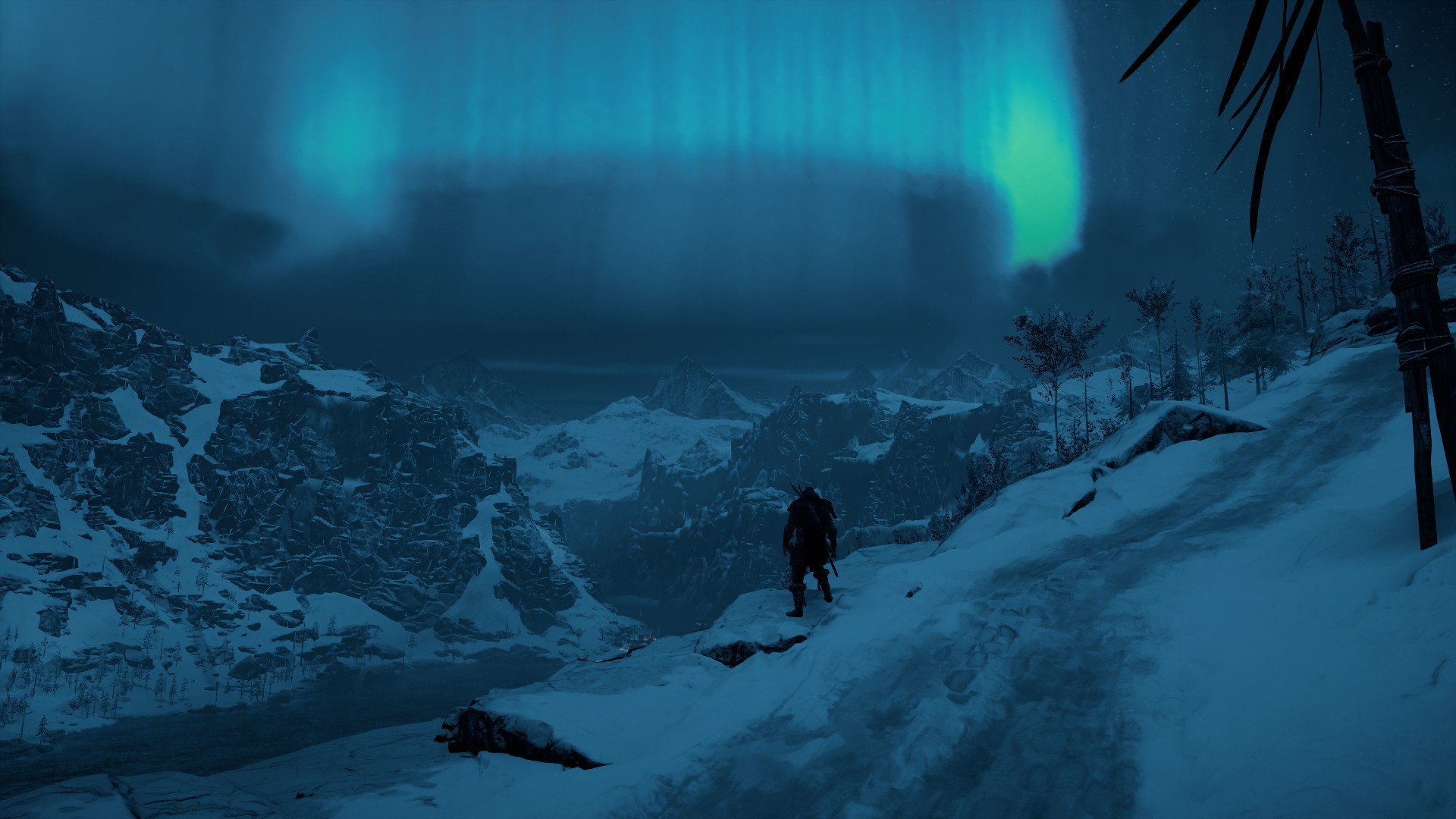 On Reaching England, Eivor and Sigurd set up a base settlement which is at level 1 and from there begin to form alliances by exploring neighboring territories. There are lots of territories to choose from and explore through and depending on what you choose, you will get their own narrative story arcs which will usually have multiple chapters in them which includes missions like finding out traitors, removing worthless kings from their positions, and even assassinating targets of your own choosing if you plan to do so as well. 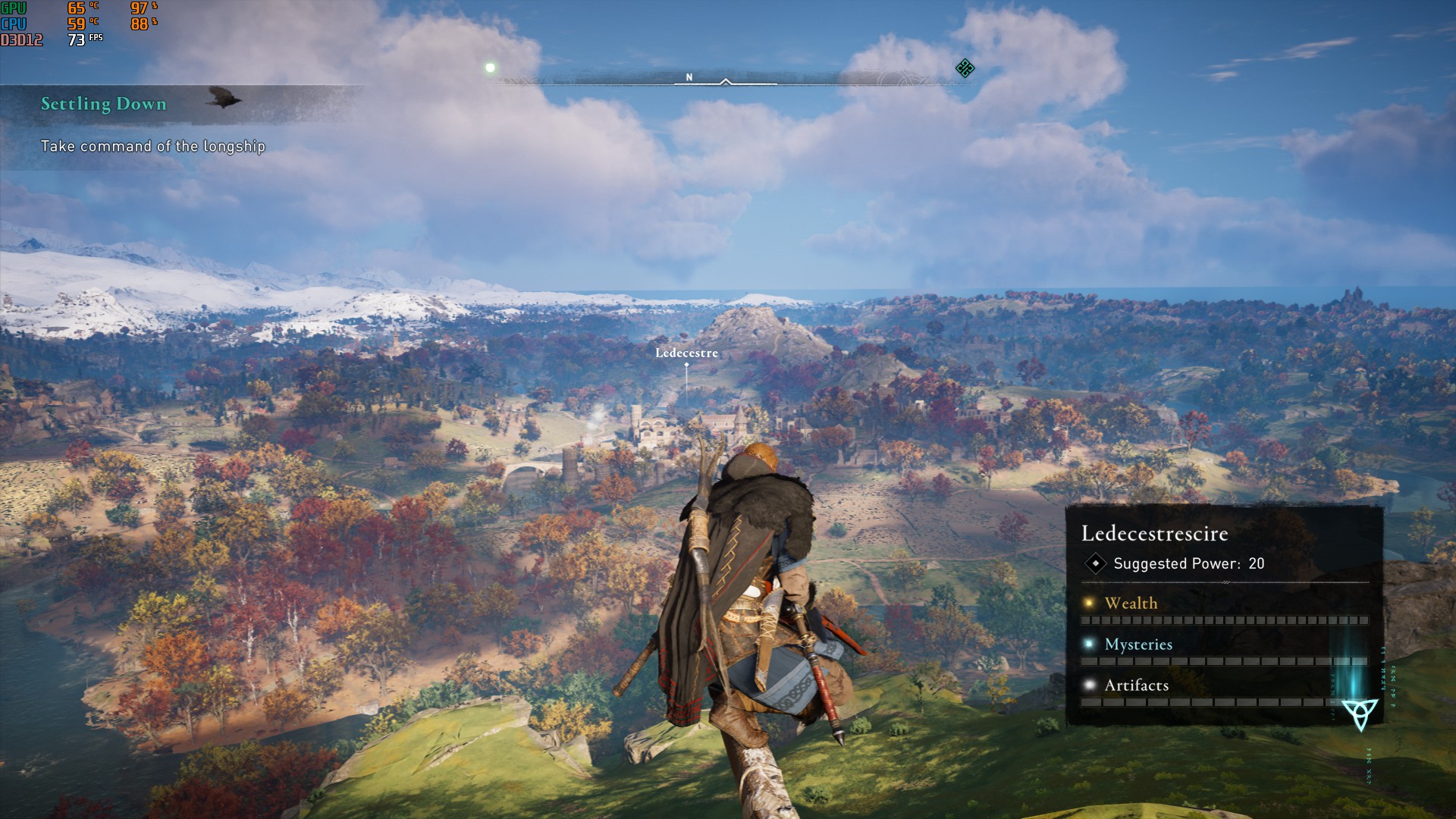 Each and every area/territory has its own set of treasures, wealth, side missions, and main missions to choose from. We also get Raids and assaults where we can fight alongside our own clan and push towards new areas and territories, defeating all enemies in the vicinity in the process and gather all the loot there which is required to level up our base settlement in England. You also get certain gear/weapons from the caches as the rewards are rather interesting this time around and it’s worth investing time in finding them as well. 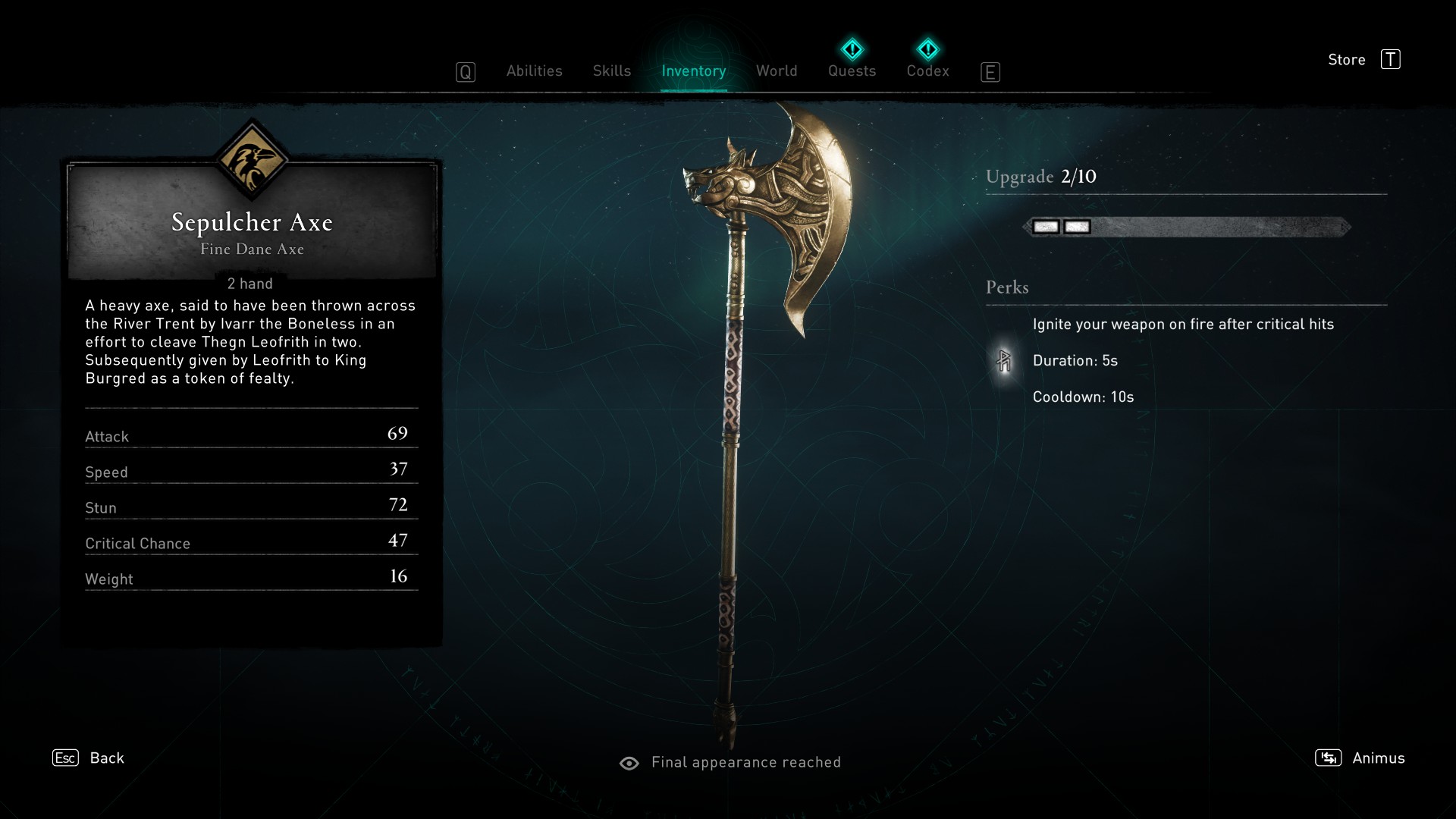 Even though the complete story/lore this time around has been very good, it gets overshadowed by its overly long world map, total run time, and the usual daily routine of missions. Valhalla has its good moments from time to time but the bloated length just ruins it completely and which I feel breaks the amazing gameplay experience that you will come to love once you play it till the end.

Level-gating that existed in Odyssey is now substituted by Power-gating. Even though they act like the same thing in this game, the experience is totally different. Increasing power level requires you to finish main quests, side missions, and other activities that you will find scattered throughout the world map. After you finish every mission, you get two skill points which you can use to level up your skills in your skill tab. The Skill tree in Valhalla is very weird as instead of having stealth, assault, and other sub-tabs, it has a very weird inter-connected hub of lines that comes into the picture after you unlock certain major/minor abilities. 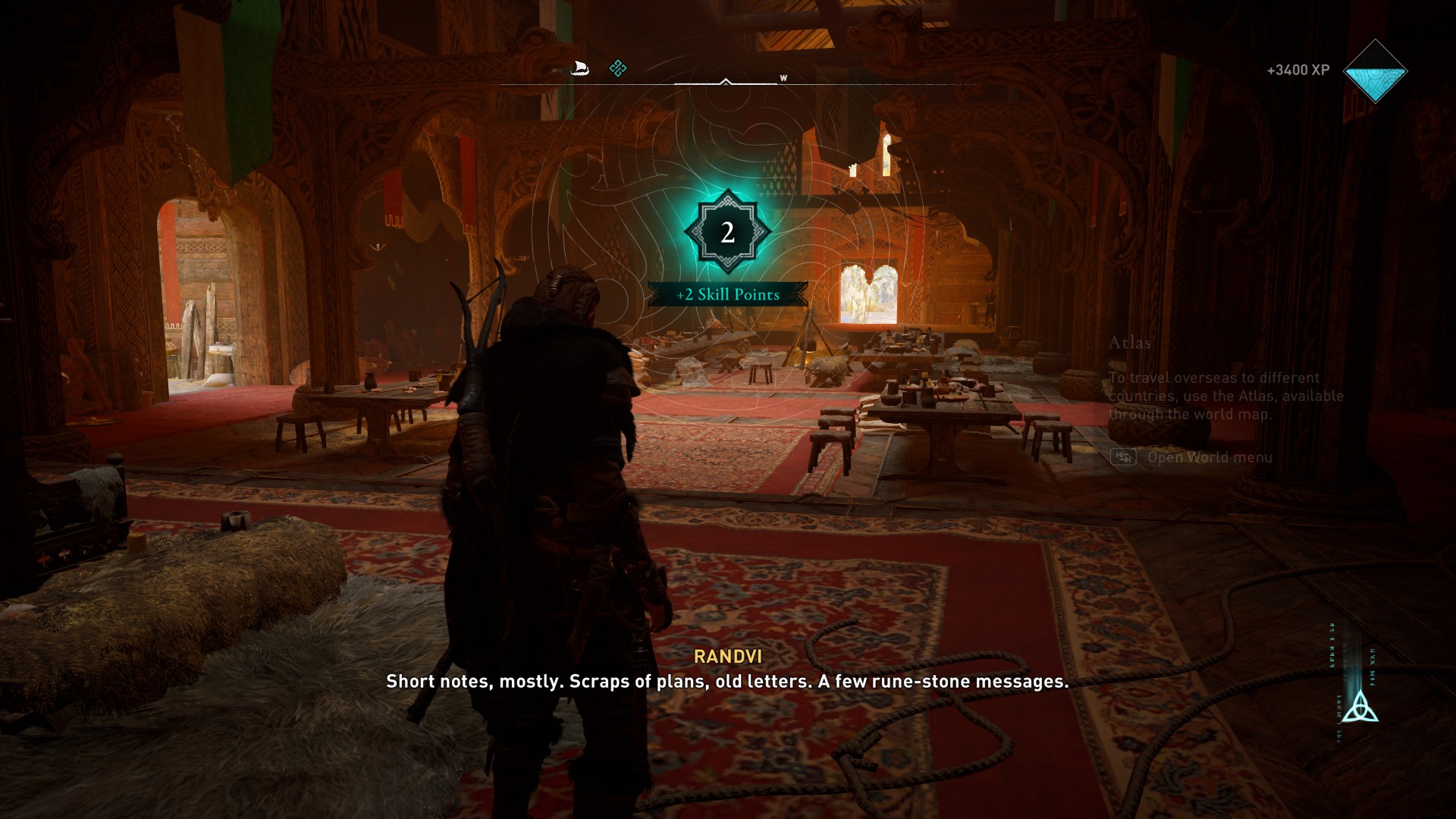 The inventory system is the same as Odyssey which is not bad at all. Swapping between different gears or weapons in quick and every weapon feels different in the hands, favorites being the hammer and the Flawless Axe. You can upgrade both your gear and weapons using various materials that you will find scattered throughout your journey in various missions and quests and even in treasures and nearby small boxes and huts. You can also upgrade your rations which helps you take in more food which helps in generating your health and also your Quiver which helps you hold more arrows. 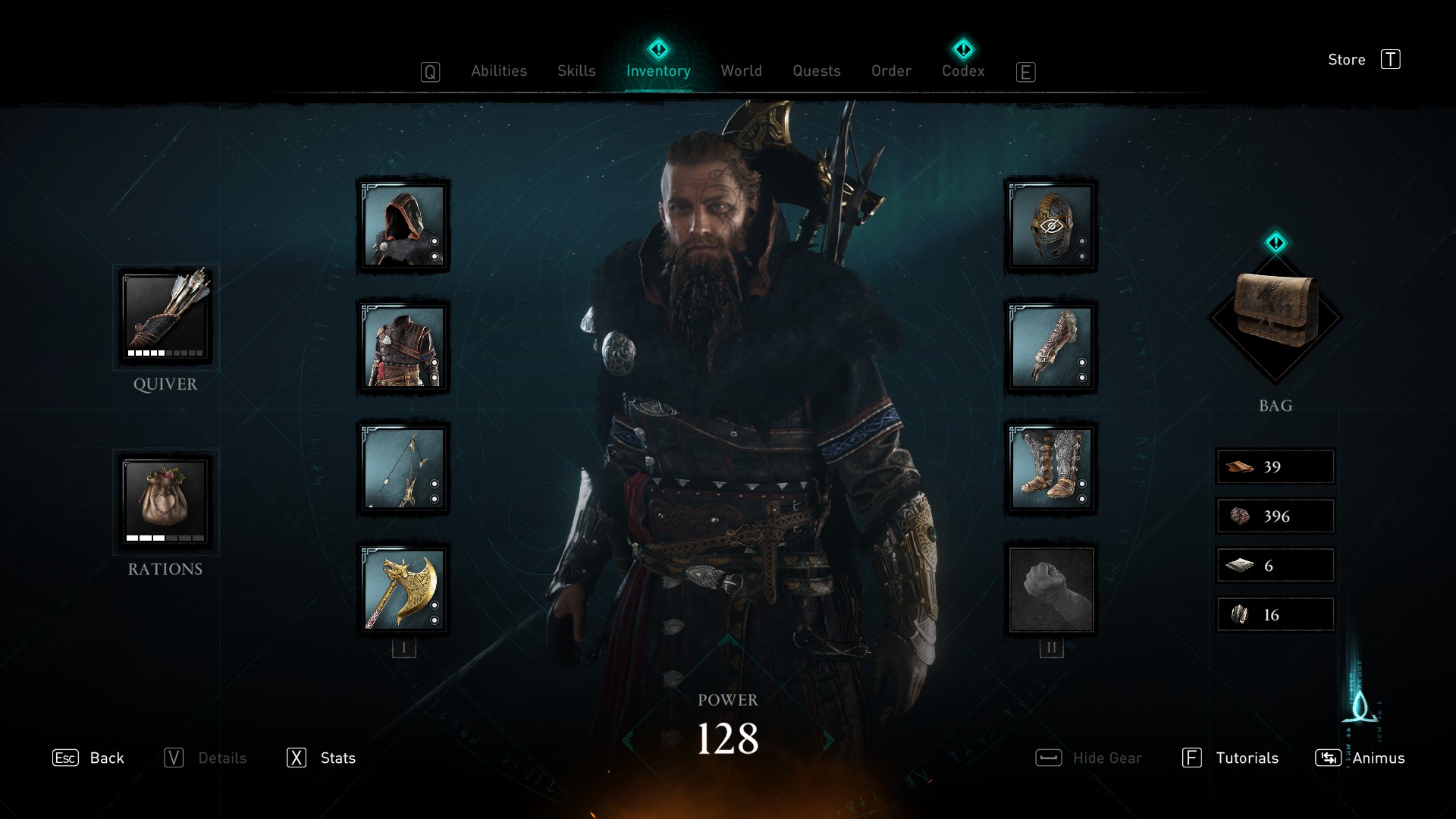 As I previously mentioned, each and every territory holds treasures and mysteries. Treasures are marked with yellow/golden signs which usually grants you weapon/armor pieces, normal loot which helps you upgrade your armor or weapons, and in certain cases, you will discover underground hidden areas where you would find the Book of knowledge which grants you with various new Abilities. All these abilities are different and the more you find these books of knowledge, the more abilities you acquire. You can equip up to four unique abilities for melee and four for ranged attacks. Few of these treasures would require you to do some kind of platforming to reach to but they are all worth your time. 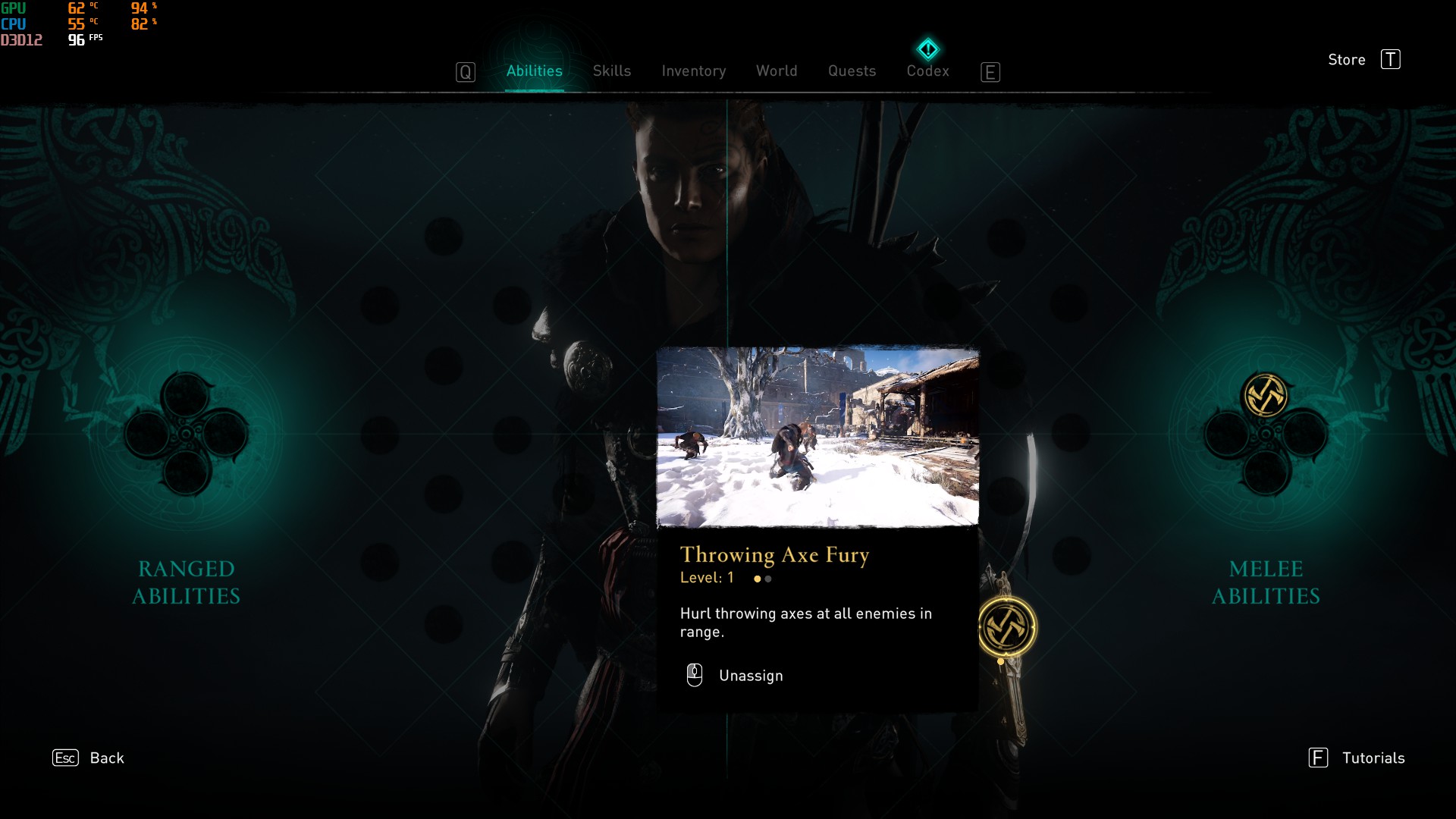 Getting distracted in this game will definitely reward you but sometimes it doesn’t depend on how easy it was to get to the chest. Some chests are locked, keys of which can be found by killing certain high-level enemy nearby which can be located using your raven or Odin’s vision (Eagle Vision). 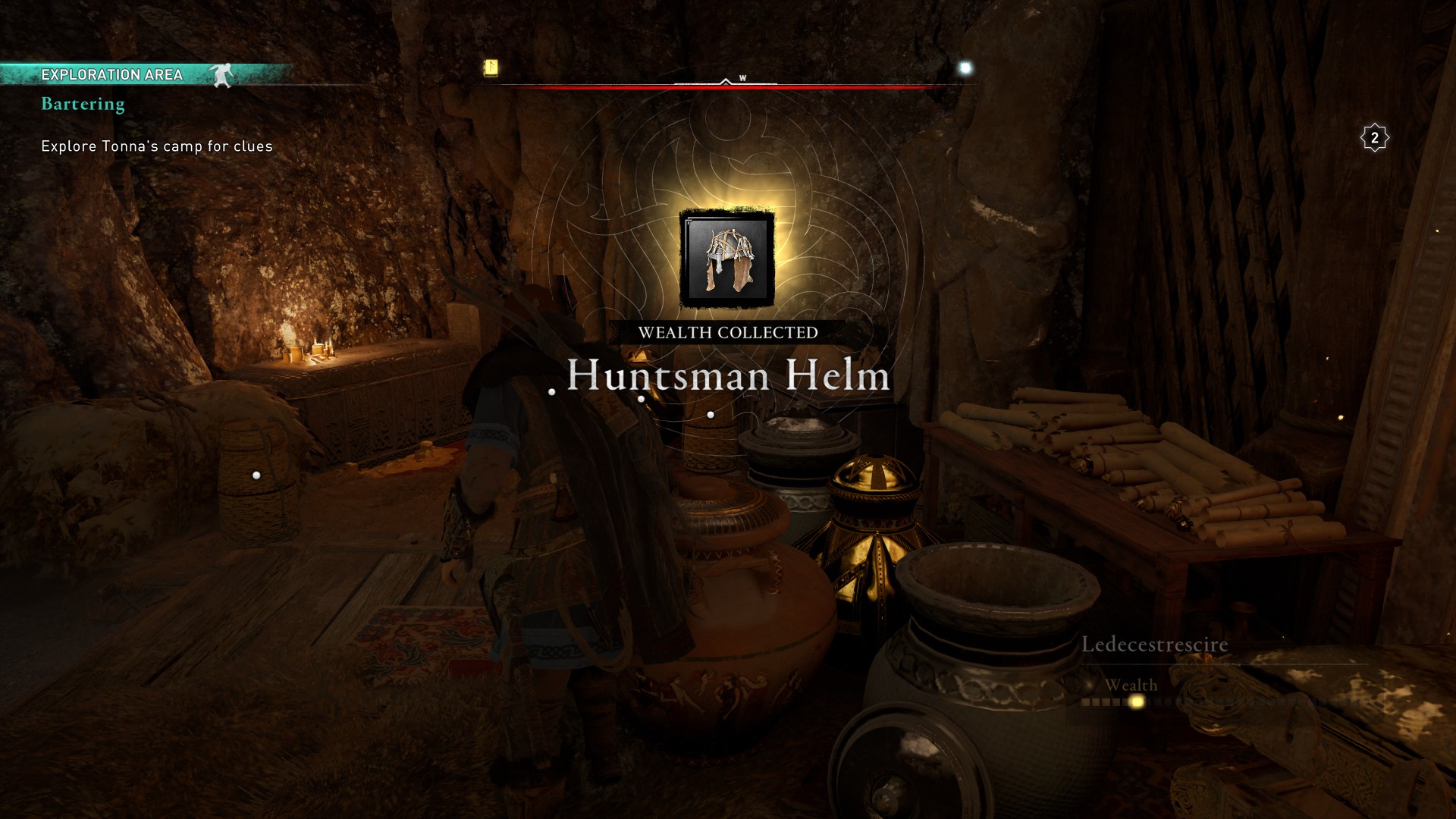 Your alliance is the key here. Valhalla is all about honor and loyalty, as you will see during your own playthrough that how every decision you take helps shape your character, Eivor for the future. Speaking of the modern-day time, Layla is back from origins and they continue to push this storyline on the same path as well which the returning fans will appreciate. 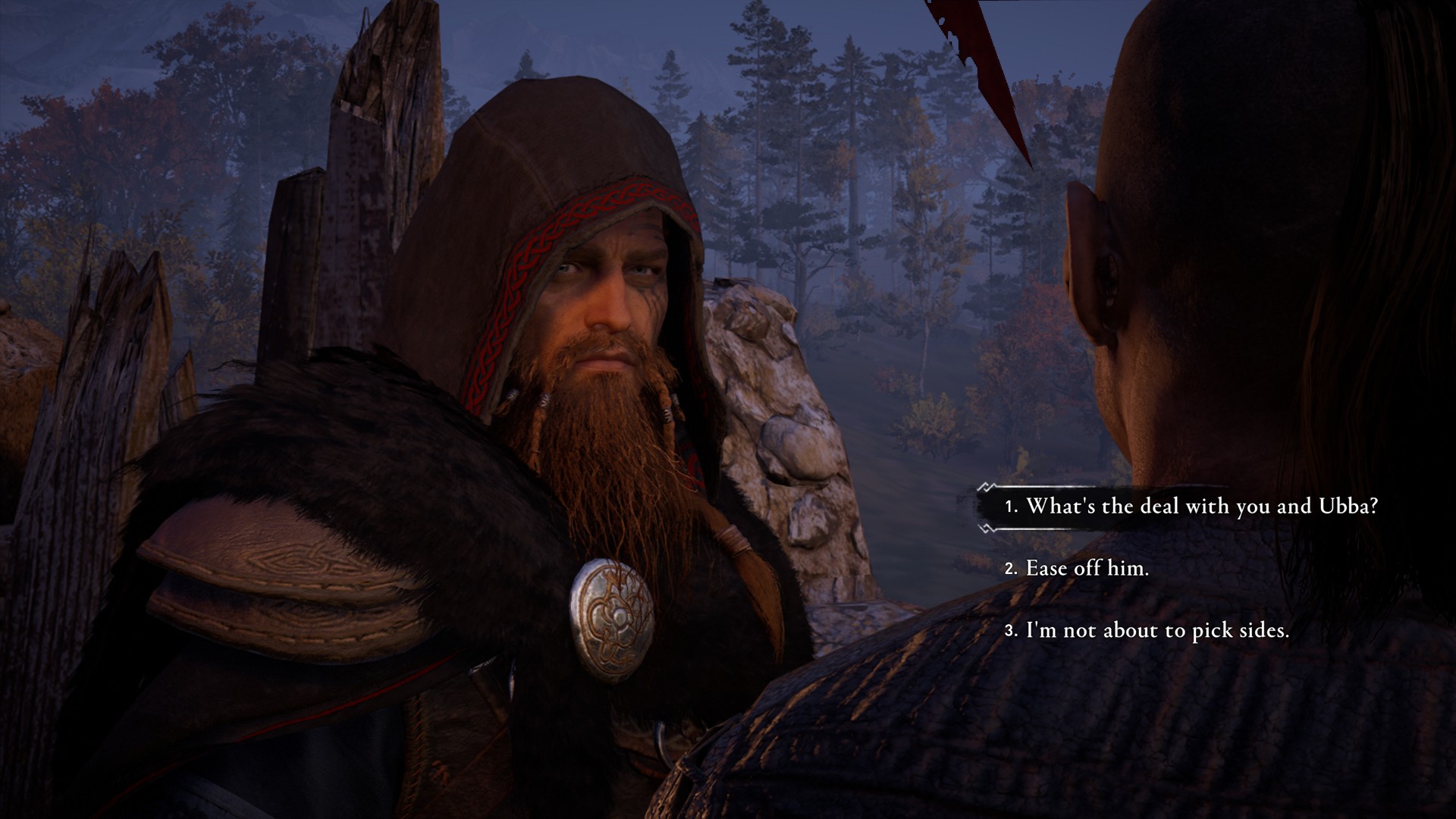 The fighting style in Valhalla has a variation as well from previous games. Attacking an enemy or dodging depletes stamina which makes it a bit harder to auto-attack enemies. The combat is not hard by any means and you can easily run through the campaign without dying even once if you keep your stamina in check and update your gear and rations accordingly. You can also parry enemies or break their shield by attacking their weaker points and open them up for a critical attack which also stacks massively depending on the bonus stats of certain weapons as well. The abilities that I mentioned before comes into play once you have done certain attacks in motion without getting hit by the enemies and you can use those abilities to your advantage to clear the area effectively. 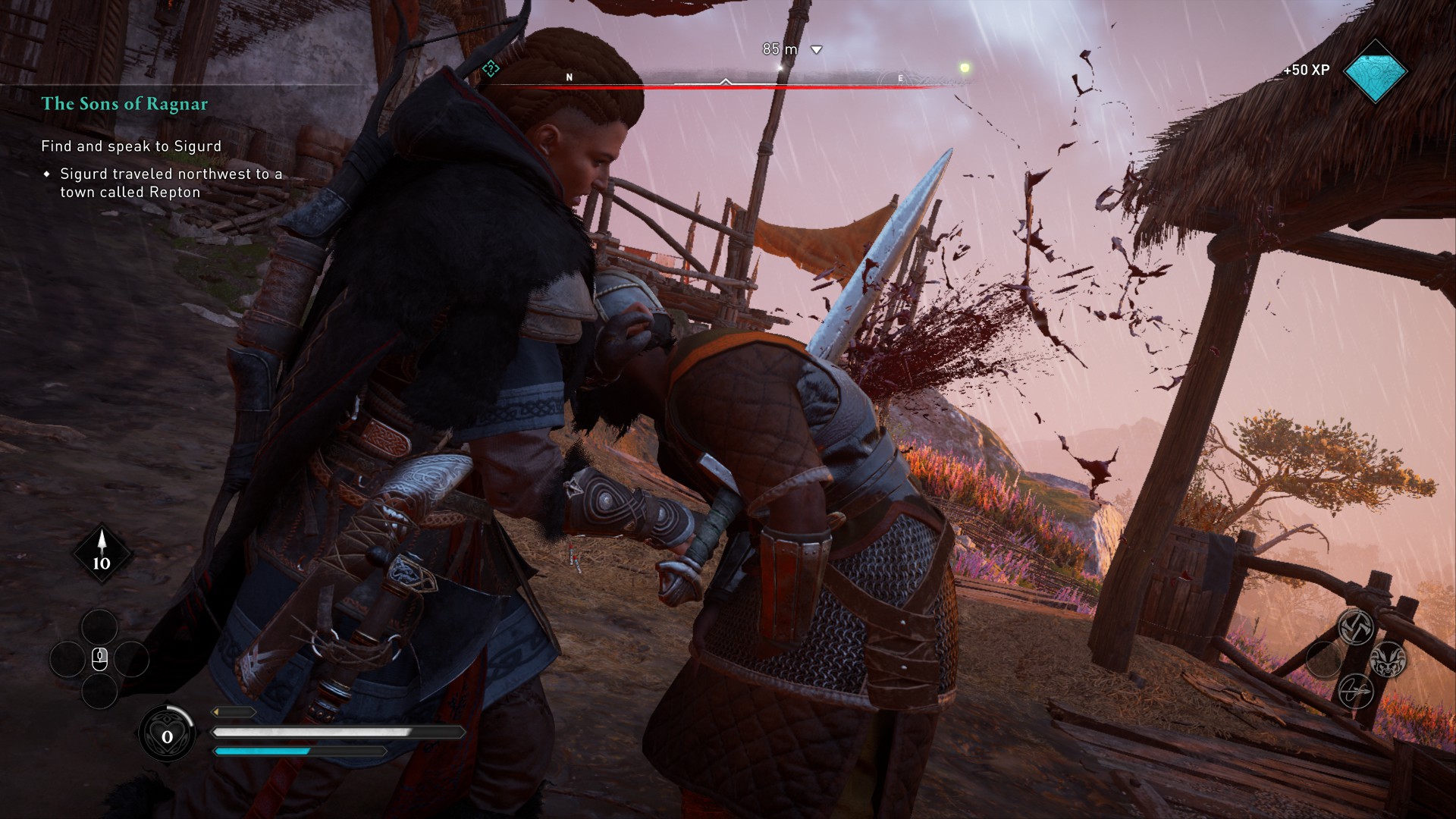 Enemy AI in this game is very junky and does not respond well to chaos and due to the various bugs that Valhalla has even after the day one updates, the AI gets confused as to what to do next resulting in them standing absolutely still most of the time especially during raids and assaults. Their attacks are also predictable as well.

Speaking of daily activities, there are a lot of things you can do to distract yourself from doing the grind for a few minutes. Several settlements have a game called Orlog which is a very good dice game that tests your brainpower and resilience. 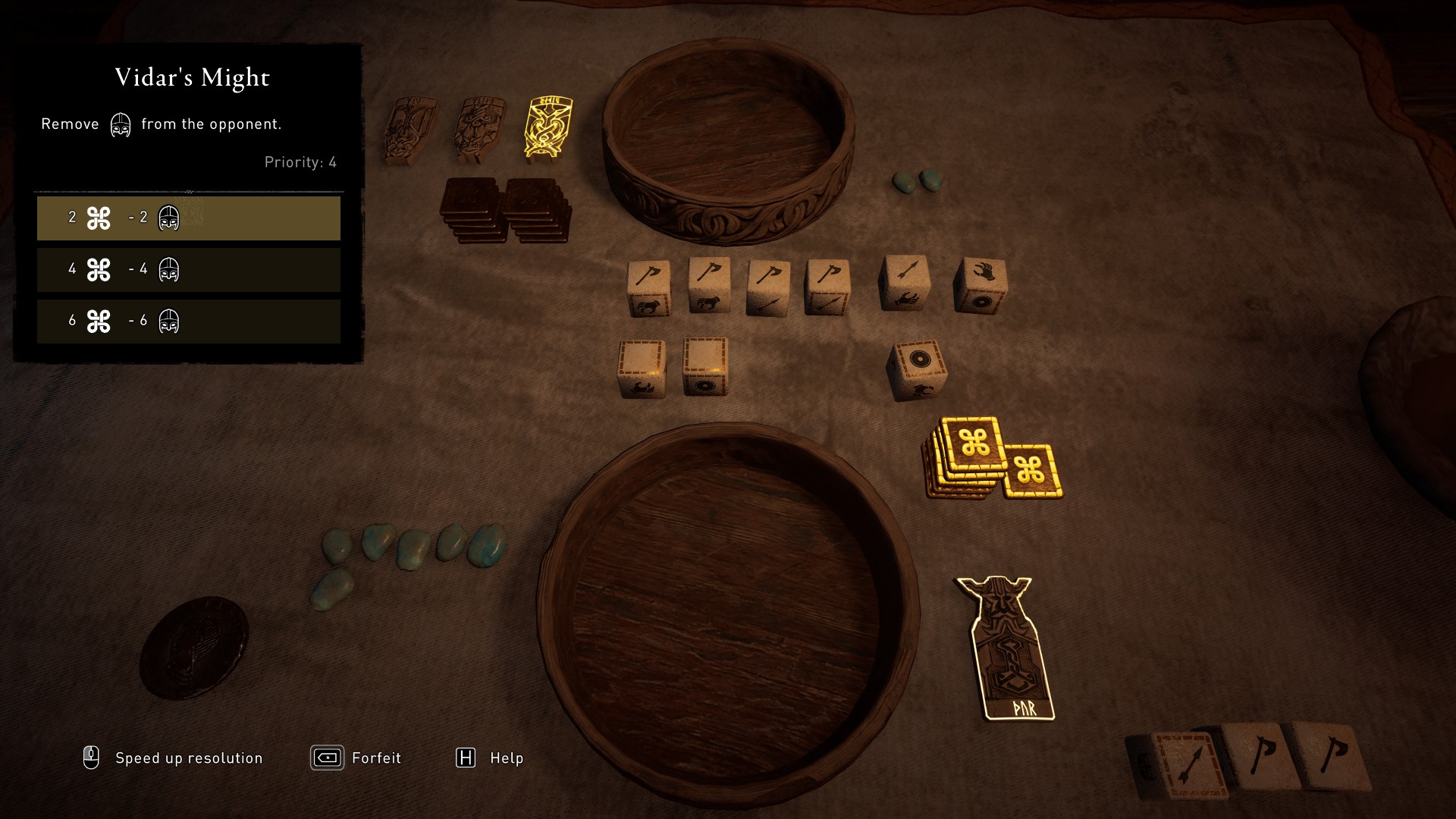 You can even pet dogs as well which is always a welcome addition. 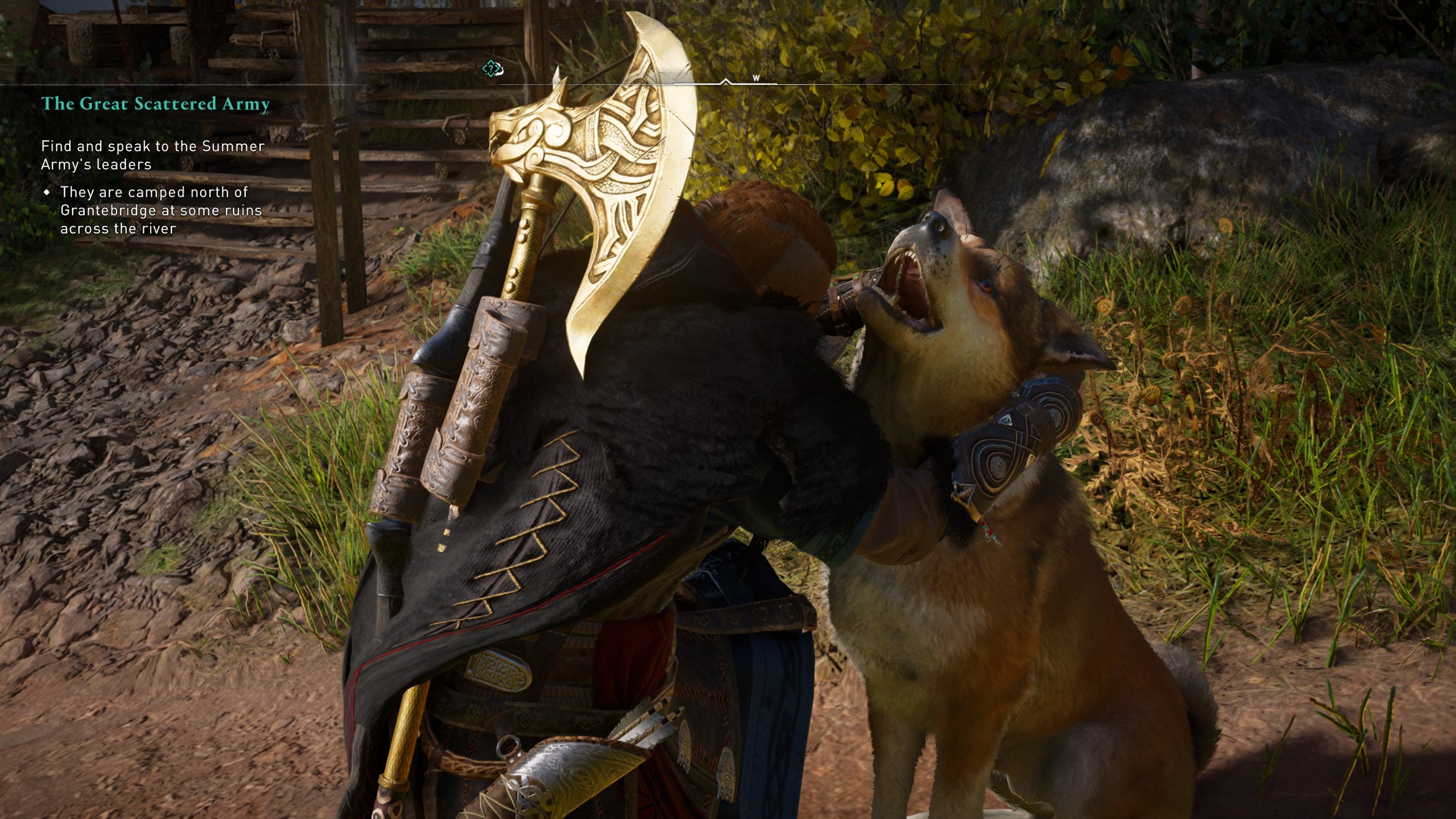 We have the order of the ancients just like the last game and I won’t be speaking much about it here since it would be a major spoiler especially for those who have played the previous title. Nonetheless, the experience of this arc remains the same with new enemies and new enemy tree hierarchy. 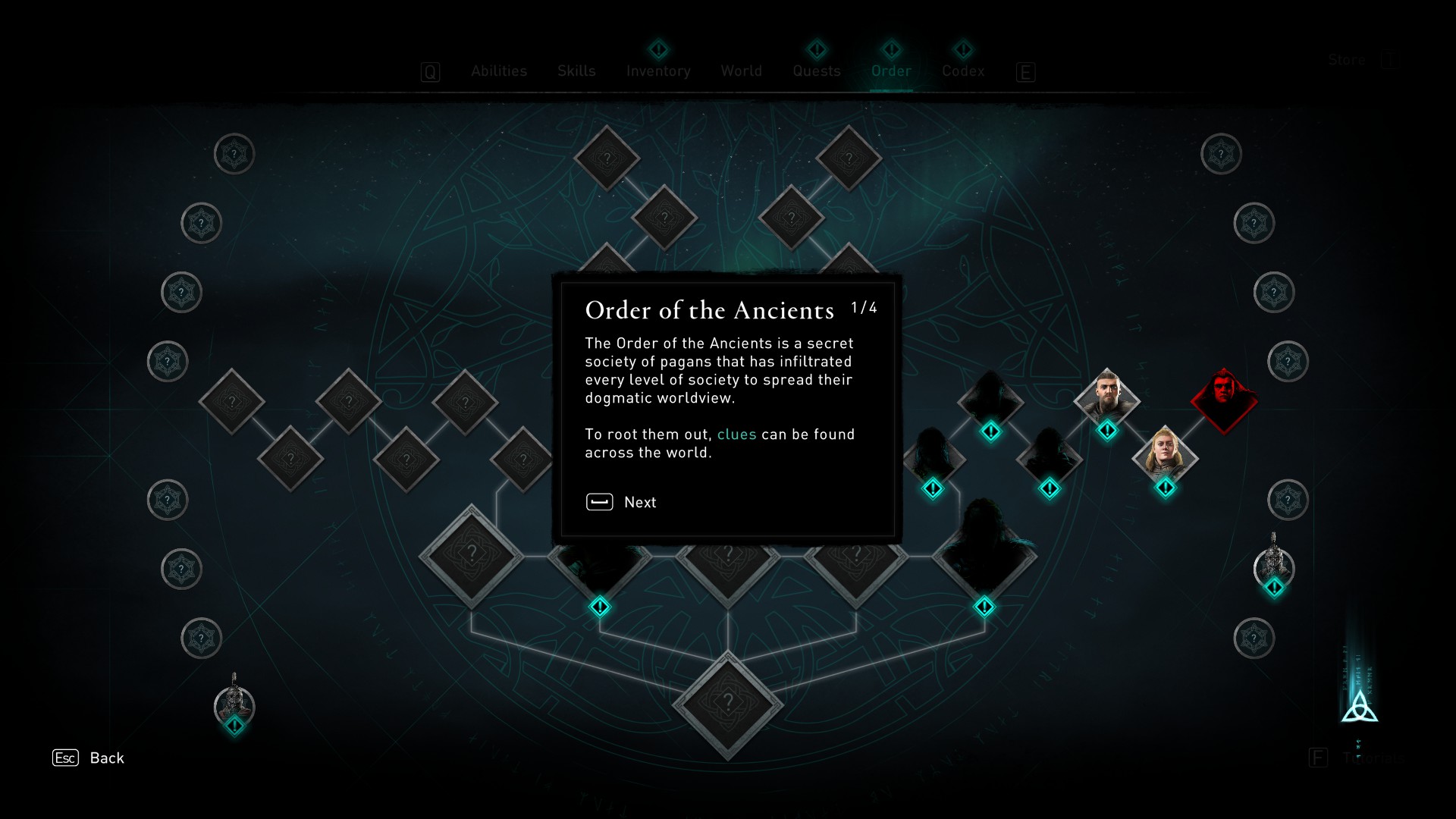 Speaking of graphics, Valhalla is absolutely stunning. From the snowy mountains of Norway to deep-rooted forests in England, there is plenty of variety in location and areas in this game to look at. Each and every territory look different and not some kind of copy paste like odyssey was but instead looks like each of them has been worked upon quite well to give them their own unique look. 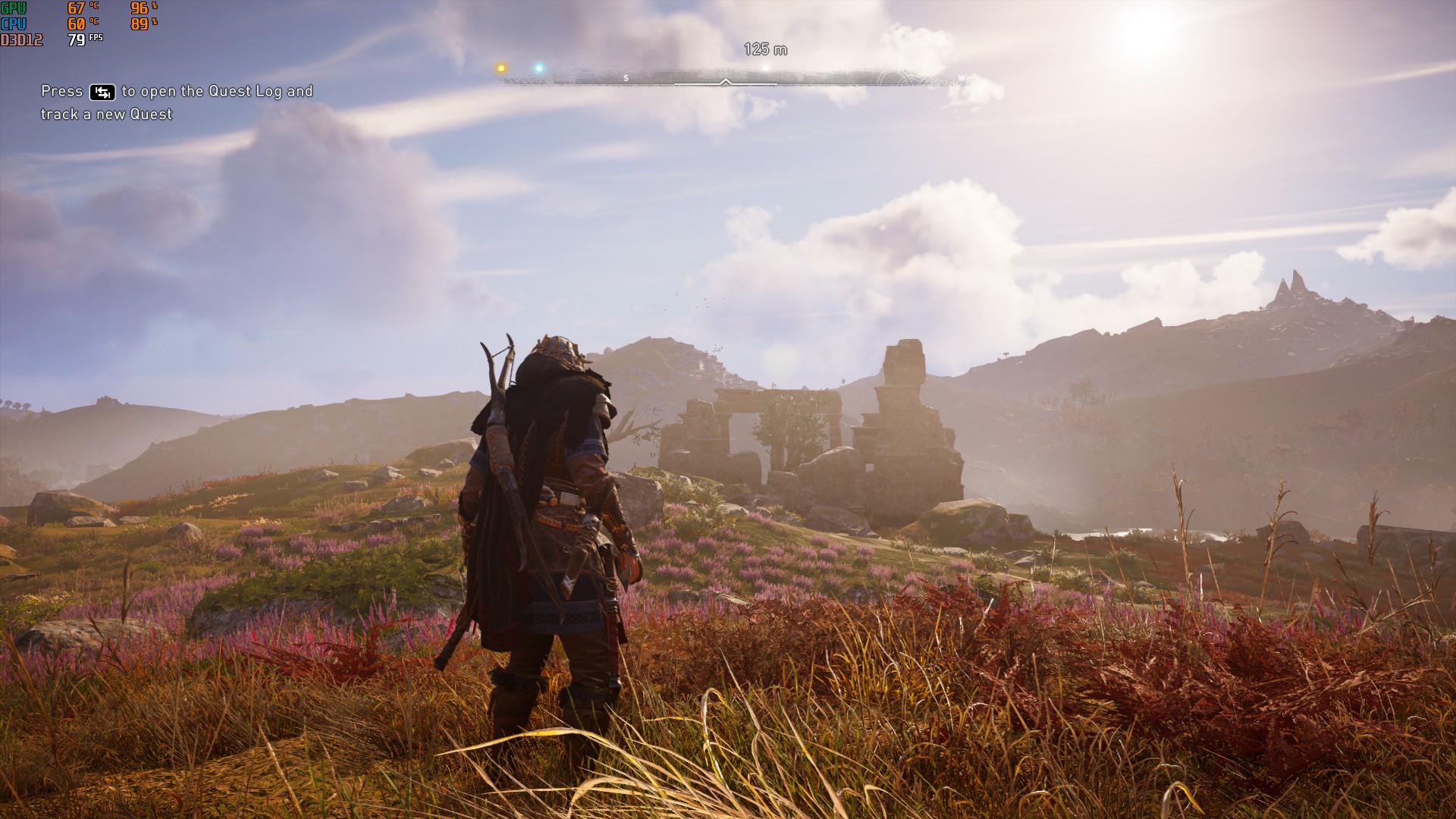 Every area has a Power level which shows you how challenging the enemies there can be. Thankfully, if you want to enter with a weaker power level and want to try your skills as an underperformer, you will be more than welcome to do so. 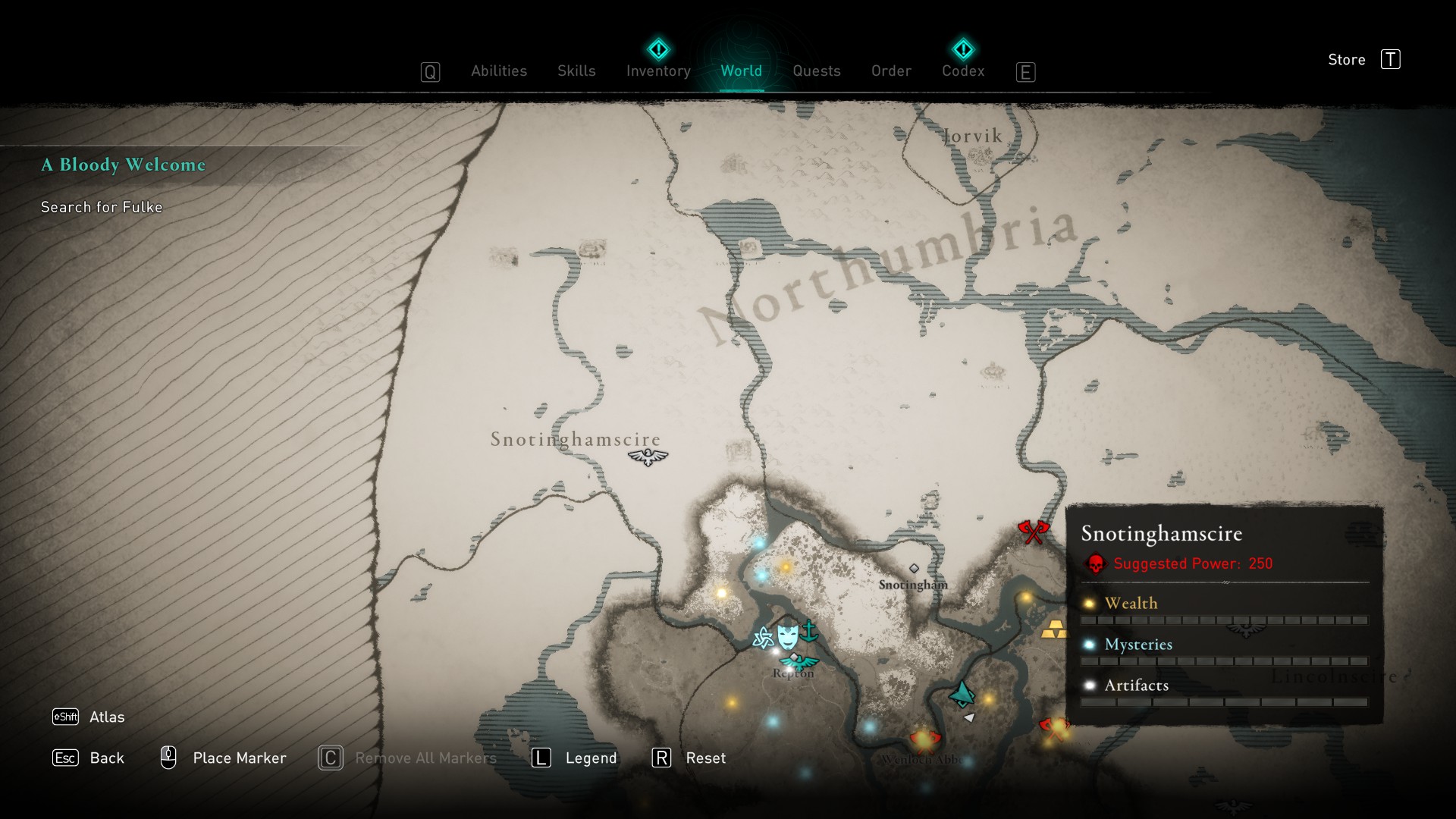 Enemy variation is solid as well in Valhalla. Each and every enemy is different, both elites, as well as boss fights, offer a lot of variation in attack pattern and defensive stats keeping the gameplay feel fresh at all times. There are signature finishers as well in Valhalla which feels oddly satisfying to do as well especially when you use your fully upgraded weapons.

Facial animations and cutscenes are well done as well. Each and every character have their own voice and facial animation. The face textures including the tattoos add a lot of character to the player. 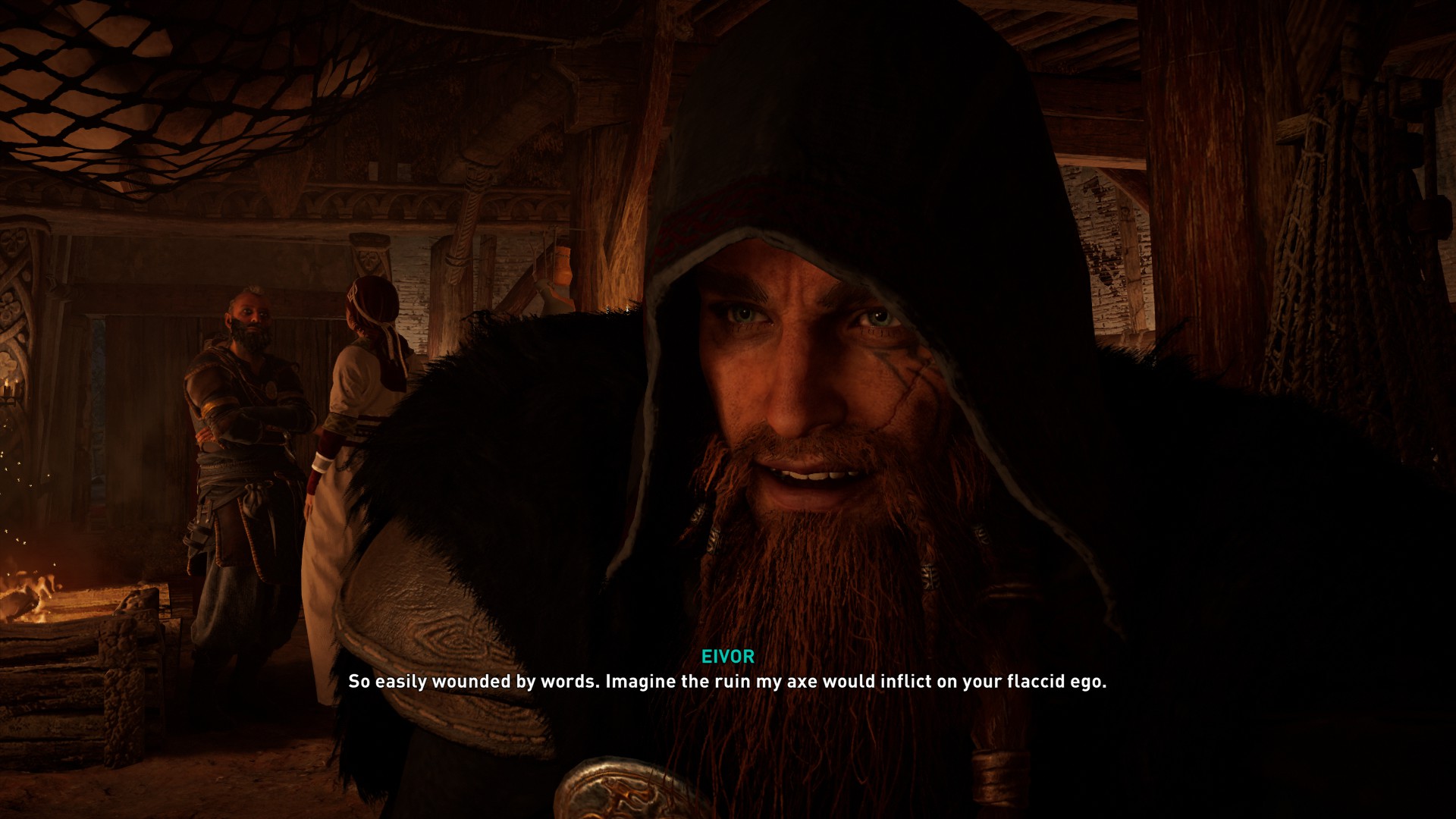 Now, let’s talk about the most irritating part of the game, the bugs. There is a massive number of bugs in the game that break the flow of combat almost at all times. Opening big chests during raids needs a companion to open them but sometimes that companion gets lost outside and just keeps wandering around the nearby gates who keeps trying to come inside and then moments later does eventually hence breaking the flow of combat. Sometimes the enemies when hit at a certain angle makes them fly, and they never hit the ground, certain times they even disappear into thin air never to be seen again and most of the time, our very own character, Eivor, gets stuck on different terrains refusing to jump or platform thus forcing you to restart to your last checkpoint hampering your gameplay experience and progression. Ubisoft needs to put out a proper update to fix these silly bugs cause as of now the game is only playable if you can go through multiple desktop crashes or by making several manual save files. The only thing that kept me going was the lore.

We played Valhalla on the PC with mediocre specs such as a Core i5 6600k with a GTX 1070 and a Ryzen 2600 with an RTX 2060 GPU, both having 16GB of ram. The game ran at an all-time 60 high and max 70 fps on all times on high settings on both of our PCs which is a very good accomplishment. Ubisoft is known to not make good pc ports but this time around, they have improved and kept their word on the optimization even without the day 1 patch, the game ran at 60fps+ at all times which is a massive plus in our books. 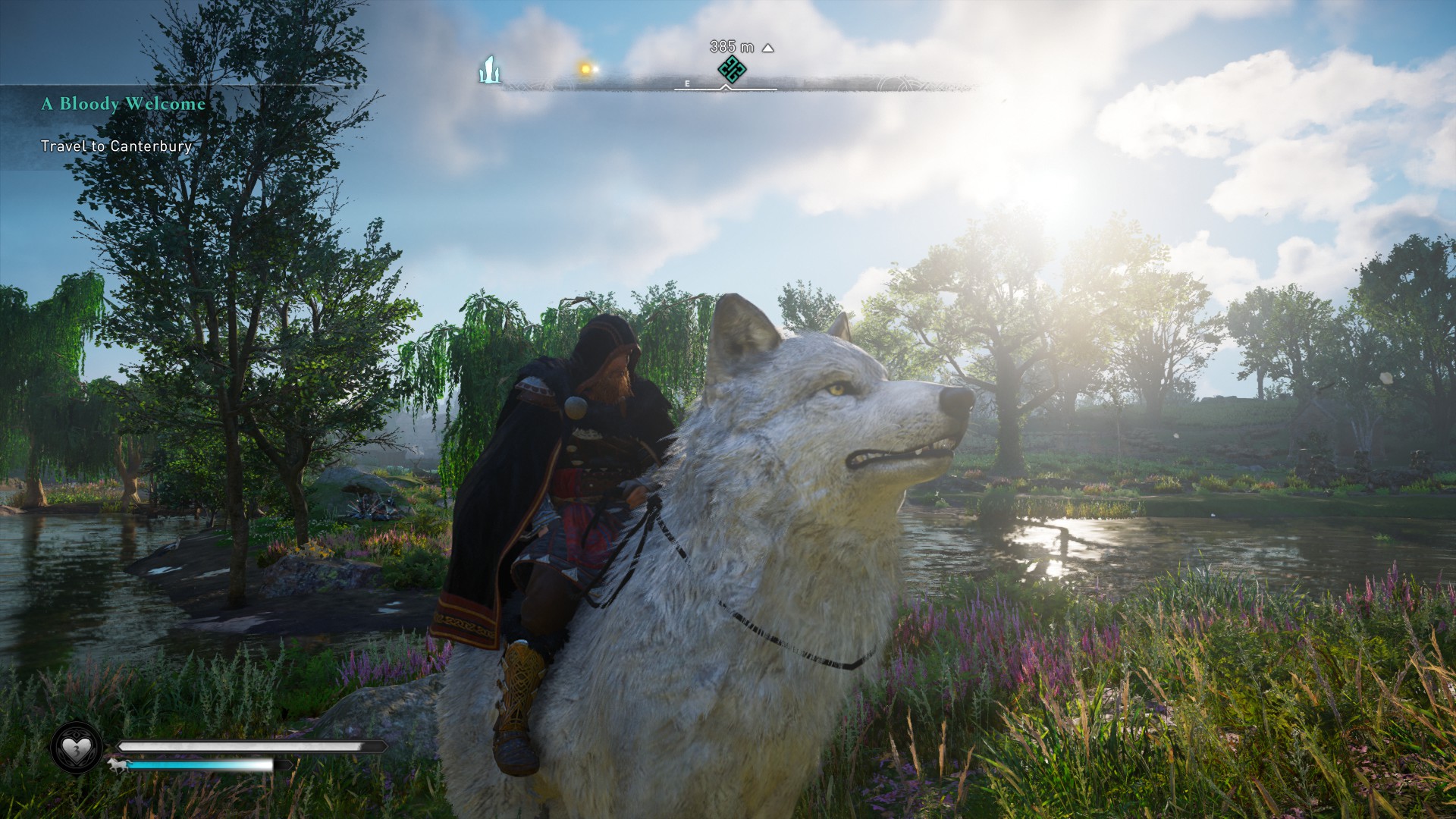 Disclaimer: Massive thanks to Ubisoft and e-xpressgames for providing us with a game code for this review.

Valhalla’s additive story-telling and progression are what tied me to the game but its bugs and glitches and the artificially created bloated length of a runtime break the games impact and the experience that was fun from the beginning as it starts to feel uncomfortable after a certain point somewhere on the middle of the playthrough. But in the end, the lore, the exploration, and the power grind are what kept us hooked to Valhalla and if you are someone who loves to grind for gear/weapon with a tint of proper lore that follows in the entire playthrough, then this is a perfect game for you to get lost into for hours.